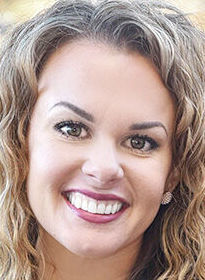 SALEM — A dairy farmer and a seed producer are the newest members of the Oregon Board of Agriculture, which advises regulators at the state’s Department of Agriculture.

Chad Allen of Victor Dairy has worked in the Tillamook dairy industry his entire life and was appointed by Gov. Kate Brown to replace Marty Myers, manager of Threemile Canyon Farms, who died last year.

Randi Svaty of R&R Seed Farms in Ontario operates the farm with her husband, Ryan, and serves as the local branch manager for Northwest Farm Credit Services. She was appointed to replace Grant Kitamura, an onion producer who moved out of state earlier this year.

Allen said the new role will help him communicate the realities of farming to the urban community, clearing up misunderstandings that can lead to bad policy such as a ballot initiative that seeks to restrict animal agriculture.

“I’m trying to educate Oregonians about the importance of agriculture in Oregon,” he said.

Talking with people about the challenges of farming creates positive connections and often elicits comments such as, “I didn’t realize that,” or, “That makes sense now,” Allen said.

As far as specific policy advice for ODA, Allen said it’s not possible to “know what’s around the next bend” but he expects water and land use to remain perennially important topics for the agency.

Allen said he has a “personal passion” for protecting exclusive farm use zones and the “right to farm” in Oregon, and hopes to “bring common sense to the table” regarding controversies over the dairy industry.

Conservation projects are often adjacent to dairy farms in the Tillamook area and the region has shown that agriculture doesn’t need to be eliminated to improve water quality and environmental conditions, he said.

“I believe we can accomplish a lot of things if we work together on it,” Allen said.

Svaty said that between growing up on a ranch, marrying a farmer and working at an agricultural bank, “ag is just who I am, it’s all I know.”

By serving on the Board of Agriculture, Svaty hopes to inform the state’s farm regulators about how regulatory policies will affect growers on the ground.

“The ODA has a lot to do with how we farm and raise our animals,” she said.

Irrigation availability and other water issues are likely to remain a key issue for the agency, she said. “It’s a topic that’s always been there but it needs to be on our radar all the time.”

In light of Oregon’s higher tax and regulatory burden, the state’s farmers must also seek ways to add value to their crops and livestock to remain competitive, Svaty said.

“You’ve got to add value to keep that family farm going,” she said.

R&R Seed Farms has found a unique niche producing vegetable and forage seeds, starting with an alfalfa seed contract inherited from a previous landowner over a decade ago.

The family’s land and irrigation setup have proven conducive to such crops as carrot and turnip seeds, among others, Svaty said.

“We got a name for being able to raise those kinds of crops and we’ve stuck with it and it’s served us well.”