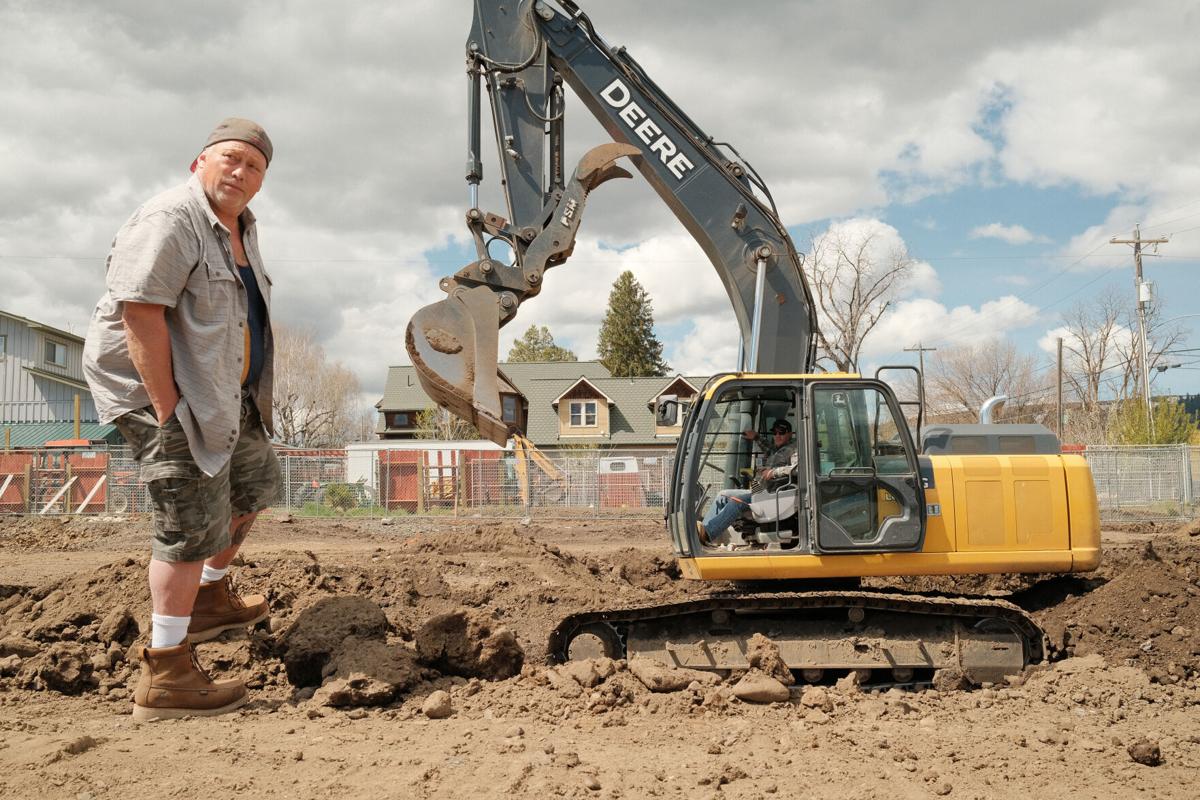 Construction site superintendent Bill Schmidt looks over the lot on Tuesday, April 27, 2021, for the forthcoming Dollar General in Elgin. Construction began this week, starting with excavation that uncovered water mere feet from the surface 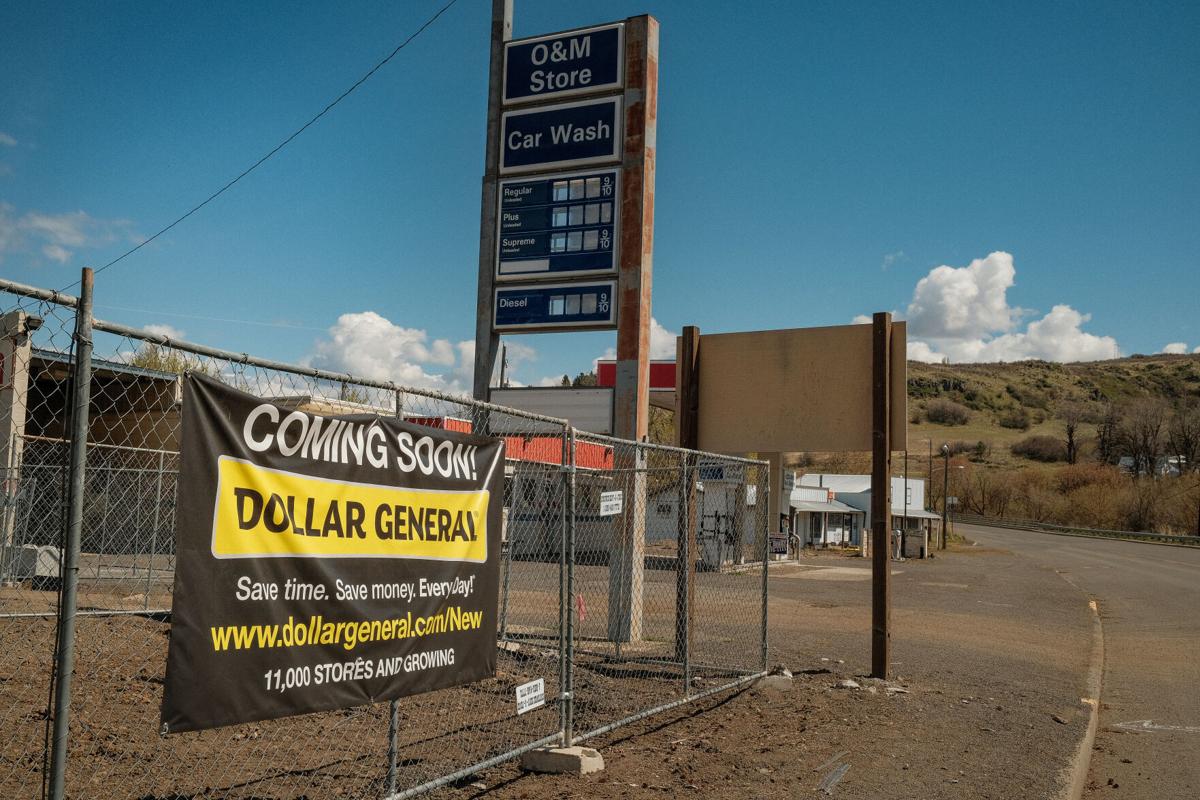 A sign on Tuesday, April 27, 2021, along the fencing at the lot in Elgin advertises the construction of a Dollar General in the Northeast Oregon town.

Construction site superintendent Bill Schmidt looks over the lot on Tuesday, April 27, 2021, for the forthcoming Dollar General in Elgin. Construction began this week, starting with excavation that uncovered water mere feet from the surface

A sign on Tuesday, April 27, 2021, along the fencing at the lot in Elgin advertises the construction of a Dollar General in the Northeast Oregon town.

ELGIN — Elgin is joining the ranks of Eastern Oregon communities with a Dollar General.

Construction began this week along the Wallowa Lake Highway near the edge of the small town to build a new store covering more than 9,000 square feet. Response to the construction has been mixed. Some saw it as a boon to local business. A few locals saw it as a way to give residents access to a convenient way to stock up on cheap household goods without making a trip to La Grande. Others saw immediate issues with the construction.

“The more stores, the better,” said Teresa Martin, owner of All For You Salon & More. “People don’t stop for just one store on their way to Wallowa Lake. They have all those little stores because there’s so many things to look at — if there’s only one or two things you just keep driving.”

Arie Rysdam, whose family once owned the property where the franchise is going up, said that lot sits above marshland that is unsuitable for building. The family sold the land years prior, but it had been in the family before then since the 1910s.

“I told them from the start it was wrong,” Rysdam said. “It’s a wetland, and you got springs.”

After one day of digging, it seems Rysdam might be right. The construction site found water seeping through the soil after digging just a few feet below ground level.

The site had once been nearly 30 feet lower than where it stands today, Rysdam said, and filled in decades ago, burying a barn and old cars. Rysdam said he believed the artifacts remain underneath the lot.

The Hatch Group Inc., a California-based construction company, is handling the building project, and the difficulties of the site do not faze Bill Schmidt, the company’s site superintendent. He said he is no stranger to opposition or challenges, having built hundreds of retail locations throughout the country.

“We’ll fill it in the morning,” Schmidt said.

Molli Angelos said the new construction will have a negative effect on her business, Leaning Haystack Produce and Retail, which grows food next door.

“I’m losing half my garden because of it. I’m disappointed to see Elgin bring this kind of store, when we have family businesses here that it will affect,” she said. “It’s a detriment to the community.”

Dollar General has 17,177 stores nationwide as of Jan. 29, according to the company’s latest annual report and proxy statement.

Construction began in January on a branch in Milton-Freewater, and the East Oregonian in December 2020 reported Umatilla is on Dollar General’s list for consideration. And the EO in February reported Heppner residents opposed having one of the stores there.

The Dollar General would be the first of its kind in Elgin — a major franchise with new construction alongside buildings that have stood in the rural town for nearly a century.

Angelos, along with other local residents, took their concerns to the Elgin City Council and voiced their opposition to the construction, to no avail.

“A group of us tried, and went to the city, but because it’s commercial we had no voice,” Angelos said.

Dollar General stores have been thriving in small towns that would otherwise lack a grocery store. The Tennessee-based company, which has planned more than 1,000 new stores across the country, operates in a geographically niche market that targets Walmart stores normally operating in larger towns.

“The Dollar General people are under the impression that this store is going to be a pretty busy store,” Schmidt said, citing the major tourist attractions down the road at Joseph and Enterprise.

Locals also brought up another issue — the ability to find people to fill the new jobs. Martin said as a business owner, she is OK with Elgin getting a Dollar General.

“I wish there were more businesses coming in,” she said.