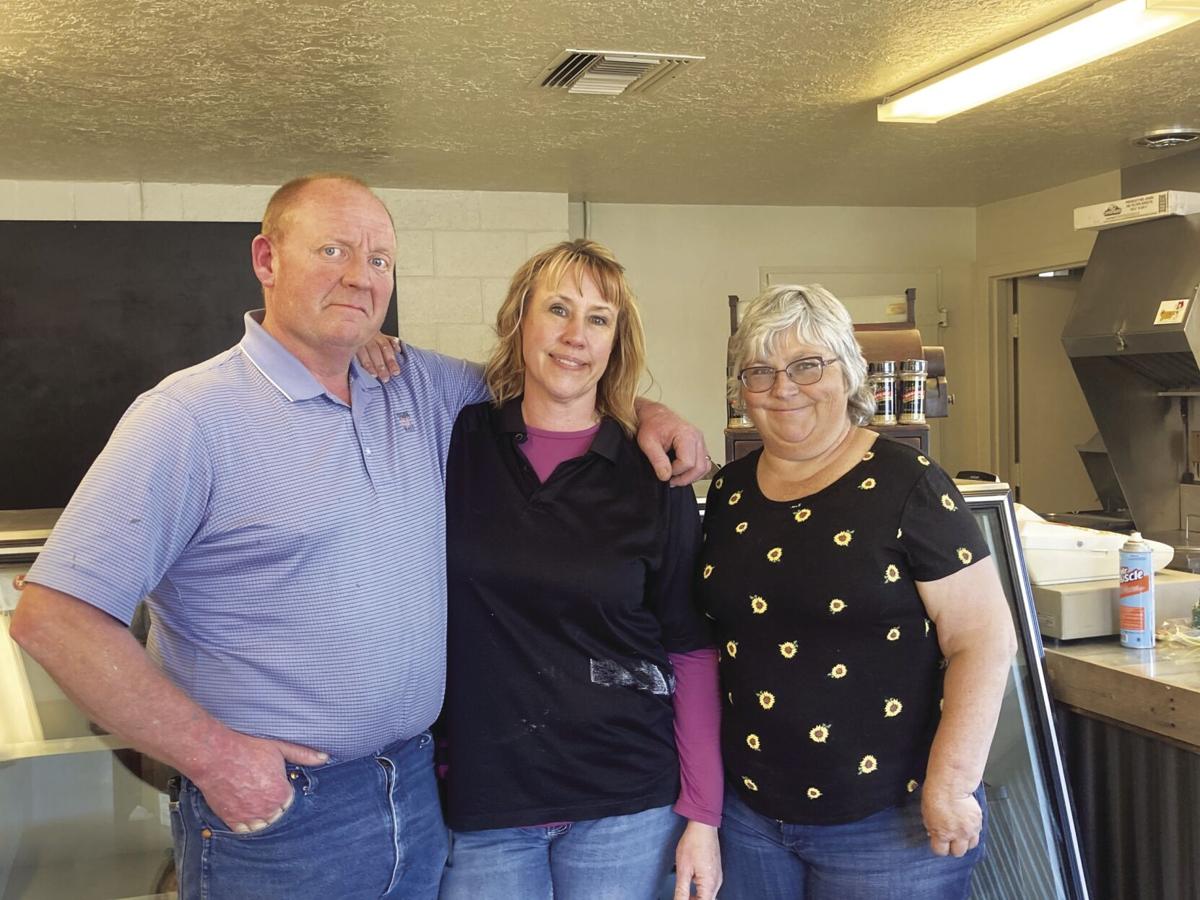 From left, Bill and Dawn Simpson, and Heather Rudolph, are the owners of Elkhorn Custom Meats and Deli, which opens May 1, 2021, in Baker City. 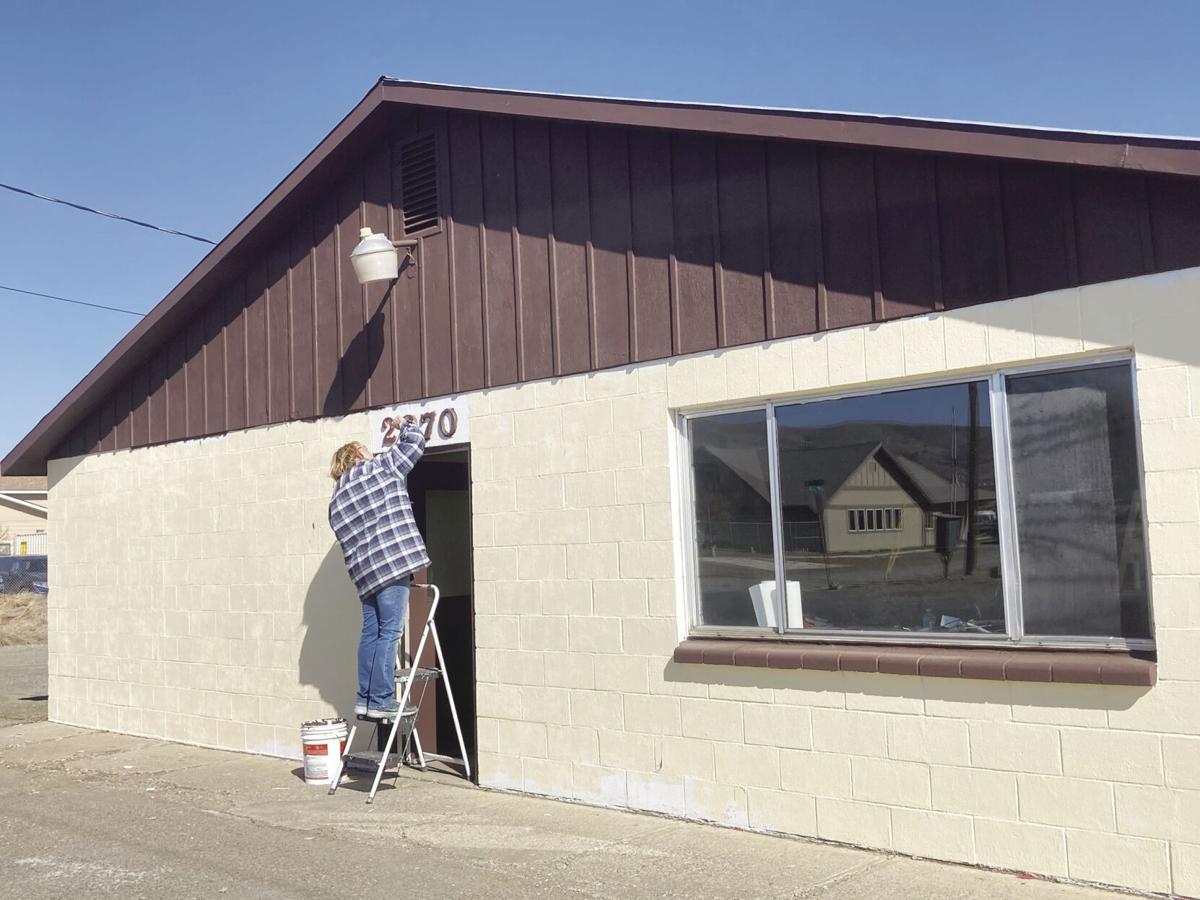 Co-owner Dawn Simpson touches up the fresh paint Friday, April 16, 2021, on the front of Elkhorn Custom Meats and Deli, which opens May 1, in Baker City. 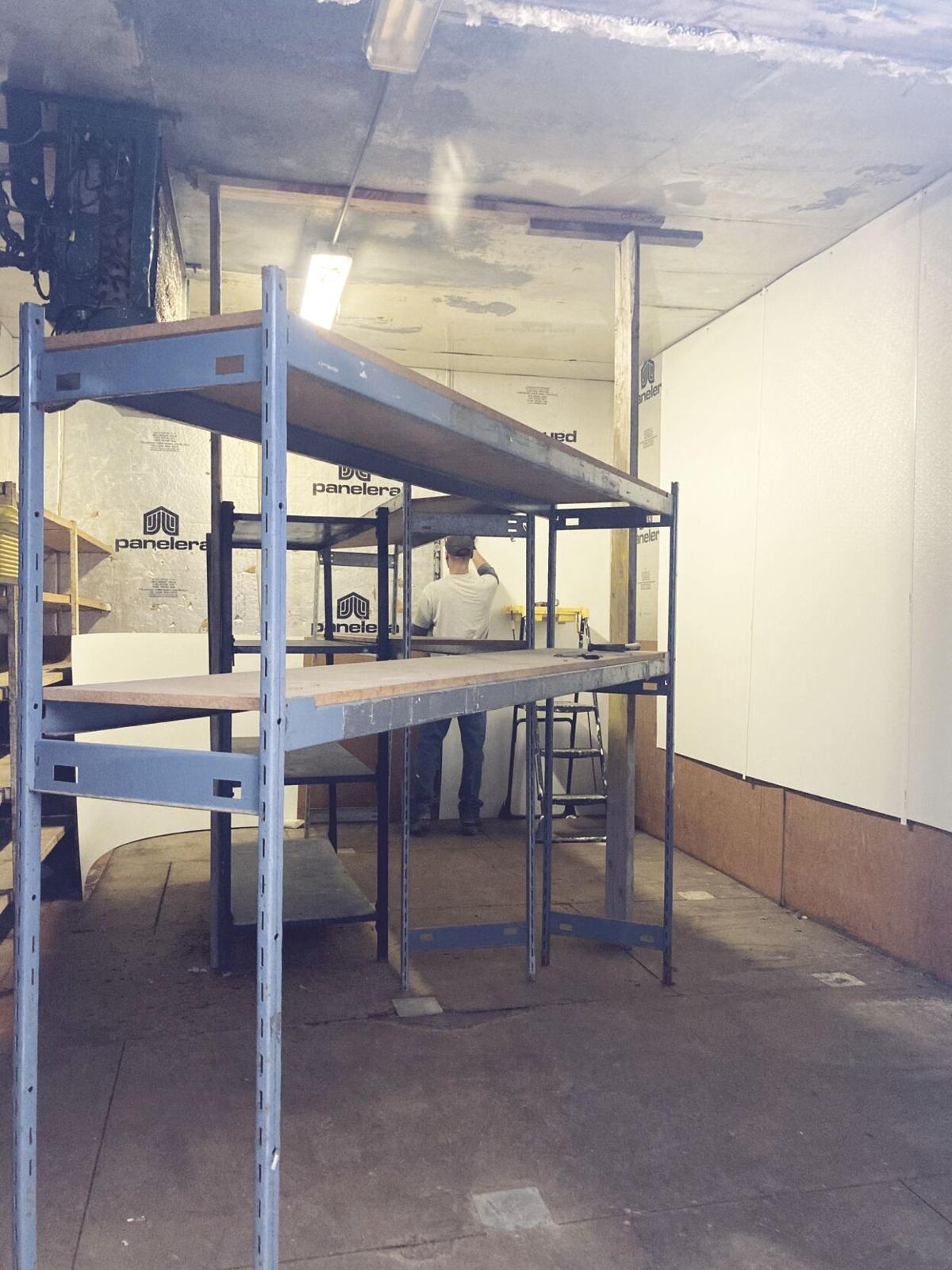 David Lyle works inside Elkhorn Custom Meats and Deli in Baker City on Friday, April 16, 2021. The new business plans a grand opening on May 1.

From left, Bill and Dawn Simpson, and Heather Rudolph, are the owners of Elkhorn Custom Meats and Deli, which opens May 1, 2021, in Baker City.

Co-owner Dawn Simpson touches up the fresh paint Friday, April 16, 2021, on the front of Elkhorn Custom Meats and Deli, which opens May 1, in Baker City.

David Lyle works inside Elkhorn Custom Meats and Deli in Baker City on Friday, April 16, 2021. The new business plans a grand opening on May 1.

Elkhorn Custom Meats and Deli is at 2970 H St., just west of 10th Street in a refreshed building that formerly housed a similar type of business. Owners Heather Rudolph and Bill and Dawn Simpson said they plan to use as many local ingredients as possible.

“Everybody’s so excited. It’s really exciting to finally be a part of something that the community wants and needs,” Dawn Simpson said.

The owners plan to do custom meat-processing for local ranchers, and they’ll process deer, elk and other wild game in addition to the retail side of the business.

The grand opening on May 1 includes tours of the shop, a barbecue and, potentially, a ribbon-cutting ceremony with the Baker County Chamber of Commerce.

The new owners have repainted the exterior of the building, and they plan to have a porch with tables outside.

“He’s been a huge help,” Simpson said. “Alexis Easton is another one. I just wanted to recognize them. They’re donating their time, but this is where they’re going to call home coming May first.”

Rudolph, who grew up in Baker City, said she moved back to town, after living in Gillette, Wyoming, almost a year ago while the COVID-19 pandemic was ramping up.

Rudolph said while she was in Wyoming, she attended a downtown farmers market and asked the event coordinator about the prospects of a butcher shop and deli. She said the coordinator was encouraging.

“I knew this was the thing that I wanted to do and so I guess that gave me a vision,” Rudolph said.

Rudolph also said supporting Baker City is what motivates her.

Rudolph returned to her hometown in 2020, when she started asking people who might be interested in going into business with her, or helping her get started. That’s how she ended up meeting Bill Simpson.

“One day, I was watching a video through this online meat processing class that I was taking, and the video made me hungry for a good piece of steak,” Rudolph said. “So I went to Albertsons and was trying to steal one of Bill’s employees and he said, ‘Hey, you should really talk to Bill, he knows a lot of stuff.’ So, I got brave and called this stranger and Bill said, ‘Why don’t you come in and talk to me?’ So I did and here we are,” Rudolph said.

Like Rudolph, Bill Simpson participated in FFA, and he also learned to cut meat when he was just 14.

“I had one of these (types of businesses) for 12 years in Redmond and sold it due to a divorce, and here we are again,” Bill Simpson said.

Dawn Simpson has been in the grocery industry for 38 years, and she said she always wanted to have her own business.

“We actually looked at doing this a year ago and it wasn’t the right time,” Dawn Simpson said. “And we didn’t have a Heather. We needed a Heather. And she needed us. So I’ve always wanted my own business and I’m pretty excited about being part of the community. That’s what I’m most excited about; is getting to know the community.”

Along with Elkhorn Custom Meats and Deli in Baker City, Bill Simpson said he hopes to open a federally inspected beef-processing facility next year in Haines. The federal inspection stamp would allow them to sell meat to anybody, including retail stores.

“That’s what we really want to do; we want to focus on helping the community, the ranchers, we want to raise good kids out of FFA, so we have FFA chapters that are involved with us,” Bill Simpson said.

He said he hopes to share his knowledge about grading meat with local students, and perhaps helping them get the skills the needed to find a job in the industry.

His vision for the Haines facility is it would have a catwalk above the cutting floor so visitors, including students, could watch the butchers producing sausage, jerky and other products. He said it would be similar to the Tillamook Creamery on the Oregon Coast, with a plexiglass window where people can watch the process.