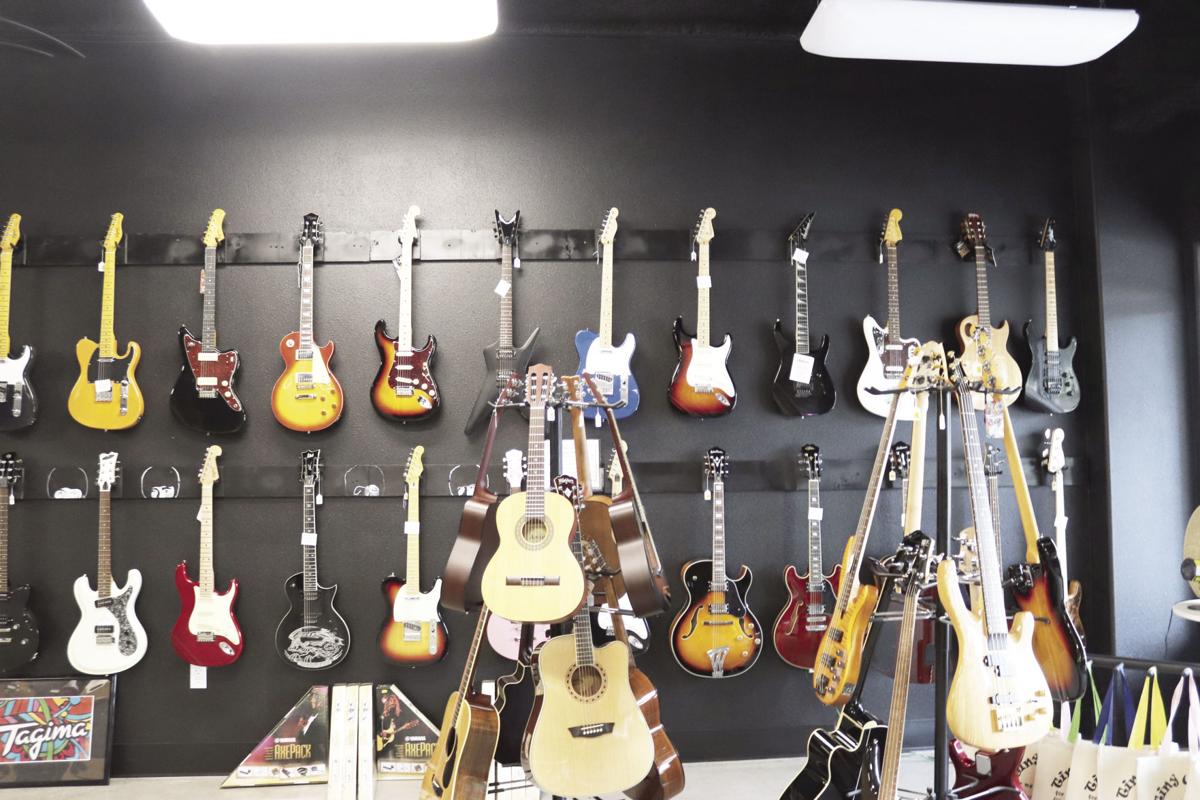 Adam Corig created the display of guitars to showcase their inventory at Direct Music Source in La Grande and utilize the new space that the remodel provided them. Once construction was completed, Corig wanted to decorate the area with something that would represent their business. 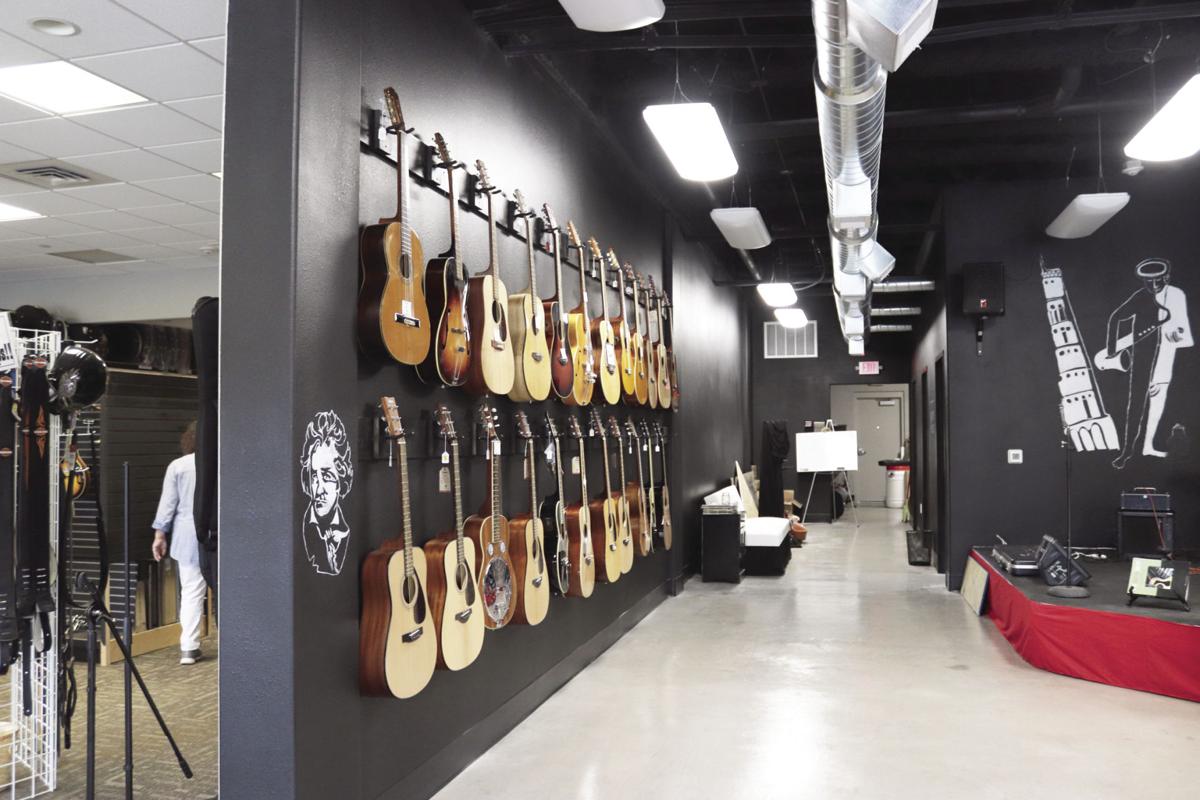 The hallway at the end of the acoustic guitar display houses three new practice rooms to the right, where instructors can rent a room to teach.

Adam Corig created the display of guitars to showcase their inventory at Direct Music Source in La Grande and utilize the new space that the remodel provided them. Once construction was completed, Corig wanted to decorate the area with something that would represent their business.

The hallway at the end of the acoustic guitar display houses three new practice rooms to the right, where instructors can rent a room to teach.

One of the only music stores in Northeast Oregon, Direct Music Source has expanded its home. The family-run La Grande shop, located at 1206 Adams Ave. #101, is run and owned by Tony and Margaret Corig and their son, Adam Corig, and has been in business for the last 15 years. Originally the store was located next to the Liberty Theater but moved to its current space in 2012. Three years ago the Corigs began thinking about expanding their store into the larger space it is today.

“(The idea) came when someone asked to use the back room for lessons,” Adam Corig said.

After receiving a $15,000 grant from the La Grande Urban Renewal Agency in 2018, Direct Music Source was able to realize this construction project. A wall was knocked down to create an entrance into the vacant space next door, and three practice studios and a stage were put in place. It took about eight months to complete construction, which ended in July, though there is still some tidying up to finish before all three studios can be used.

The business plans to rent out the studios for a small fee to music teachers and coaches who would like to have a space for lessons and practice away from their homes.

“People would rather have a place outside of their home (to teach in),” Corig said, “and parents (of music students) are more comfortable with it.”

The Corigs originally opened Direct Music Source because Tony Corig was teaching lessons and his students did not have a local place to buy supplies and instruments.

“The quality of the stuff online wasn’t any good,” Adam Corig noted. “Here we could provide them with quality instruments and (music supplies).”

Since then, the business has grown and now serves not only Union County but also Wallowa and Baker counties.

Adam Corig said his family is proud of the business they’ve grown and have been able to use it to give back to the community.

One of the ways the store gives back is through renting instruments to students in local school districts, which don’t always have enough instruments to go around. With the construction of the new stage, the owners plan to use the space for student recitals, and the private setting will give them a chance to practice onstage beforehand.

“It will take away some of that fear of getting onstage,” Corig said.

Throughout the store, the walls are decorated with illustrations of famous musicians. Adam also put together two wall displays, one with acoustic guitars and one with electric guitars.

“Bringing arts to our community, that is where our passion lies,” Corig said.