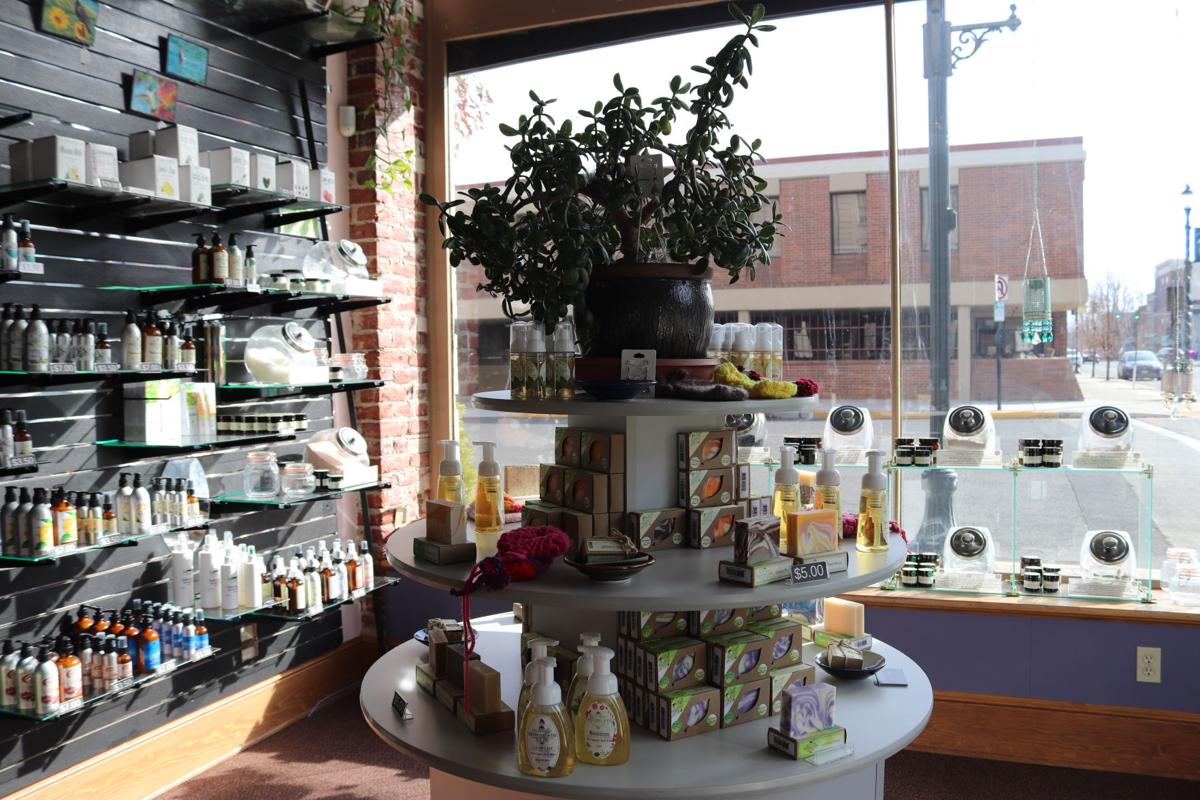 The store for Growing Wise is open while construction continues in the back to build a workshop for people to create their own bath and soap products. 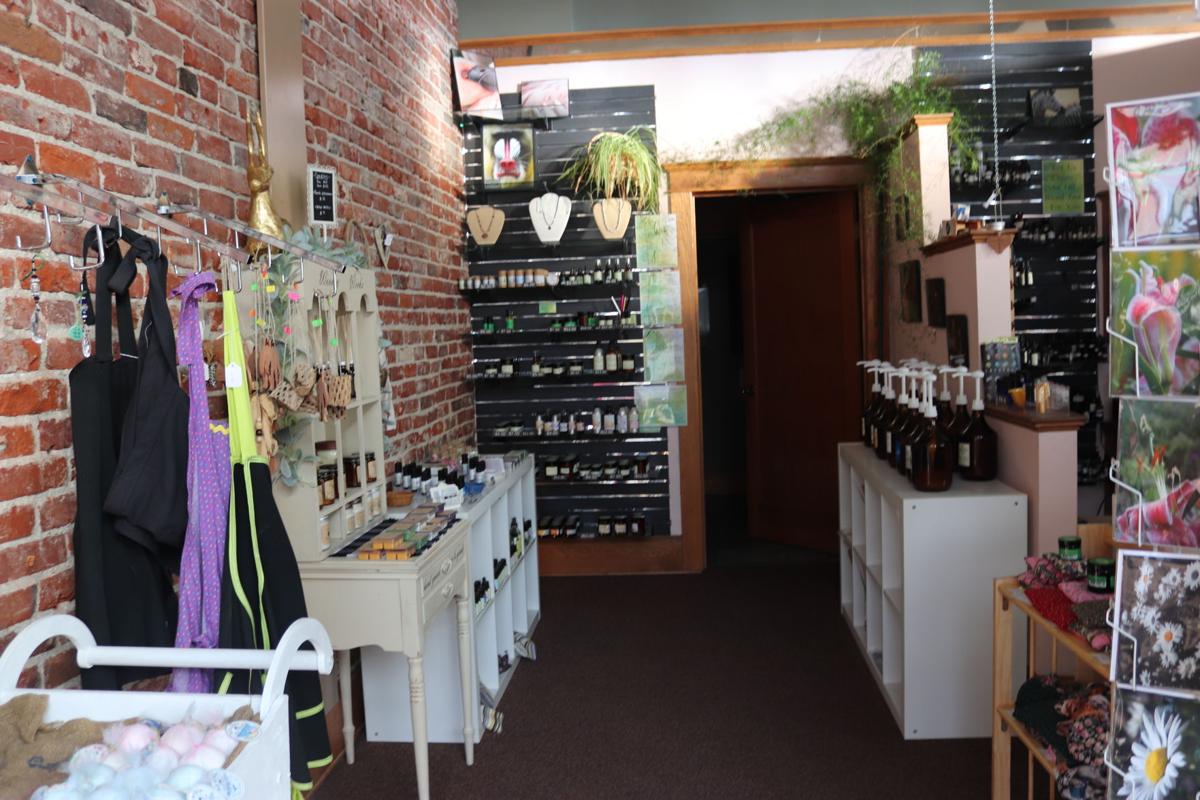 Growing Wise sells homemade bath and soap products, while also supporting local artists and craftsmen and women by putting items for sale by others on display. 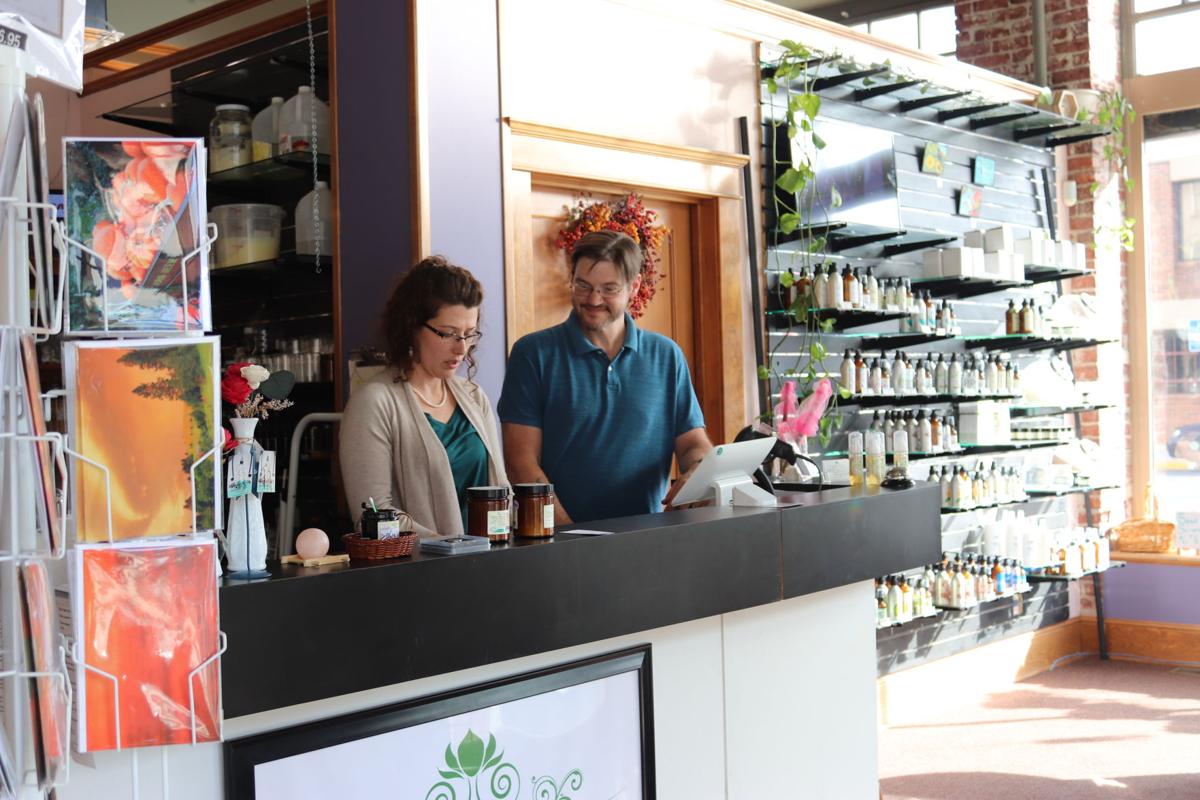 Wife and husband duo, Jennifer and Aaron Wise, own and operate Growing Wise.

Growing Wise has seen several homes since it opened nearly six years ago. What was once a home-based business now has two locations, one in Union and their new storefront on the corner of Adams Avenue and Chestnut Street in La Grande at 1019 Adams Ave. Owned and operated by husband and wife duo Aaron and Jennifer Wise, the business specializes in natural handcrafted soap and skin care products.

The business came about due to allergies to chemicals for Jennifer and her children, she said. To prevent them from breaking out with rashes and blisters, Jennifer wanted to find safe alternatives for lotions and bath products. As she gathered recipes from friends and family, she found she had a passion and a knack for making these products.

“It grew into this curiosity of what I can make and what others want me to make,” Jennifer said.

Jennifer took her products to the La Grande Farmers Market for a few years to sell and gain feedback on the products. When she saw there was enough of a local demand, she and her husband opened up the initial location for Growing Wise at 1012 Adams Ave. Within a few years, the store moved to Second and Adams before relocating to the Foley Building. After temporarily taking over 208 Chestnut St., the store moved into its current location at the corner of Adams and Chestnut.

In mid-May 2019, Jennifer and Aaron also opened up a store in Union, which includes a restaurant, Union Fountain.

“The good news is (our customers) have found us no matter where we have gone,” Jennifer said. “We’ve kind of turned into a joke at this point. It’s like ‘Where’s Waldo?’ but it’s ‘Where’s Growing Wise?’ But it is a blessing to see that support.”

Having two spaces has been the biggest challenge, according to Jennifer. While she tends to the store in La Grande, Aaron runs the restaurant in Union. The couple is adding new members to their team with the addition of three employees to help keep things running smoothly. However, Jennifer said, they are very selective and the person who joins needs to be the right fit.

“We want someone who understands it is more than just creating,” Jennifer said. “There are so many small details that go into running a business. Like things with the computer and customer service. It is like trying to find a unicorn. But the people we have now are really great.”

The store in La Grande is currently open while the back goes through construction to build a workshop space. Once completed, Jennifer said, Growing Wise will be partnering with Art Center East to host classes and house products for people to make their own soaps, bath bombs, fragrances and other items. The couple hopes to the workshop will be completed by the end of the month.

Growing Wise also works to support local artists, selling their handmade items such as cards and accessories like jewelry and purses.

“Small-town people appreciate being able to buy things that were made in their small town,” Aaron said.

At the restaurant in Union, Aaron sells hot food, sandwiches, malts and milkshakes, all made by him.

“Everything that is sold and eaten, I make sure is made by me,” Aaron said.

He said they inherited the restaurant when Growing Wise moved into the building in Union. They chose to keep the Union Fountain going and have discovered a passion for preparing food for people.

“Seeing somebody in their 90s come in and get a malt, and get that sparkle like a child in their eyes,” Jennifer said. “That is my favorite part.”

However, all businesses come with their challenges, and Growing Wise is no exception. There is a struggle to find the balance between the two stores and between business and family and with such a small staff Jennifer said one of the hardest things is not to be able to be in two places at once. By taking it one day at a time, though, Jennifer said she and Aaron are happy and proud of the business they have created.