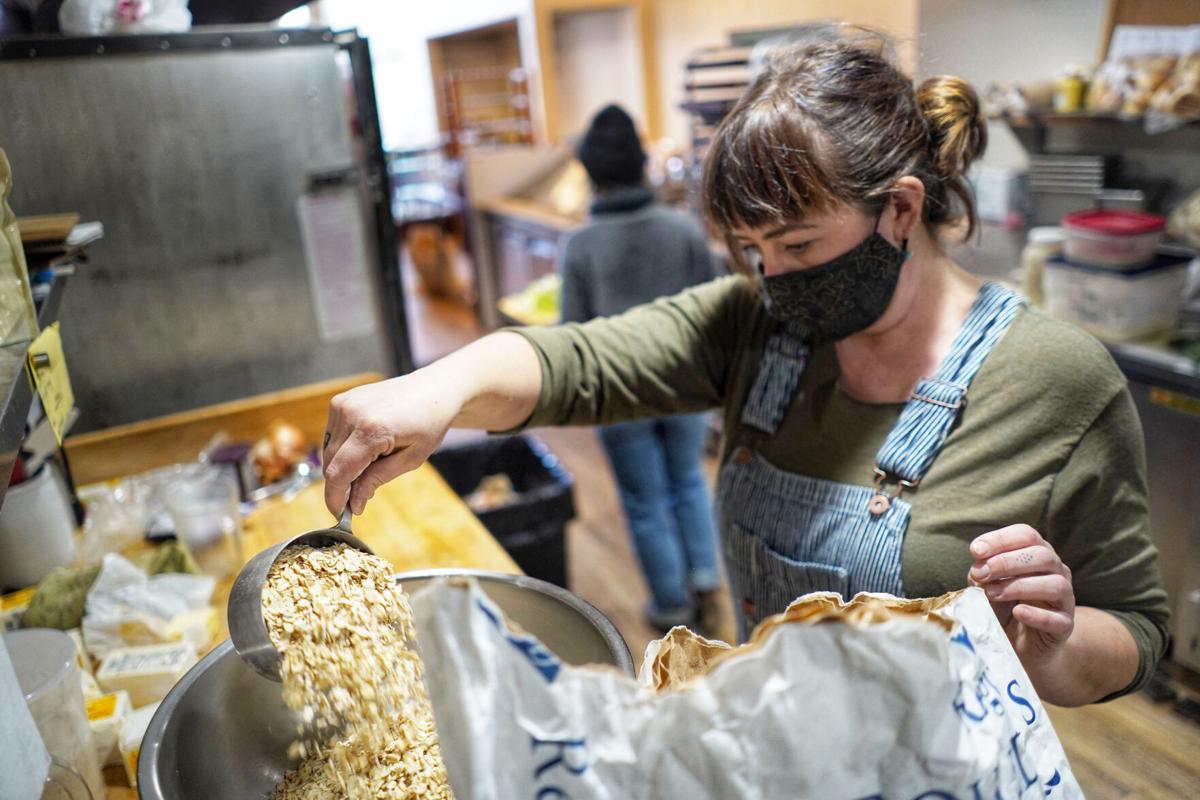 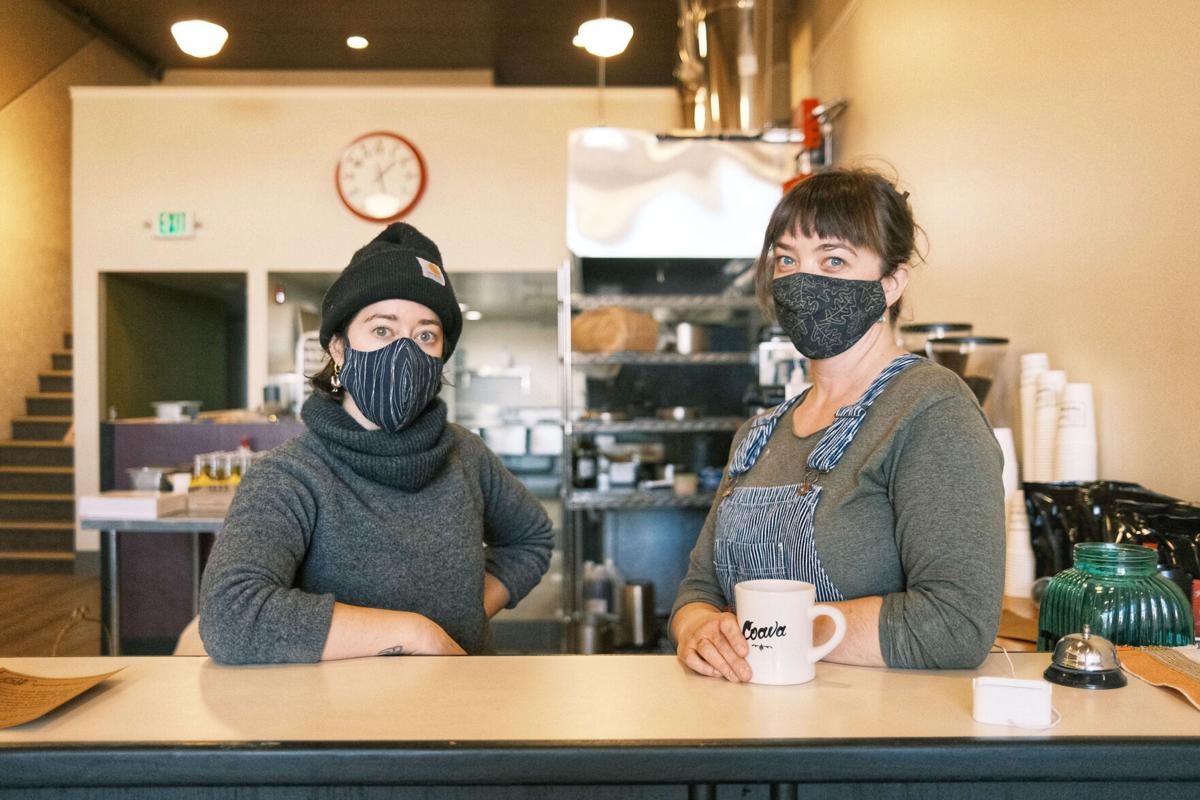 LA GRANDE — Kneads Bakery in downtown La Grande is no more. But its owners, McKenzie Funk and Leah Over, continue their bakery just down the street in the new Liberty Theatre Cafe.

The business held a soft opening the end of last week, starting Feb. 4. The move expanded the business operations to include an espresso machine, and Over and Funk said they plan on expanding further over the next few years to include a bar and beer taps when the titular theater next door reopens.

While Kneads is gone, the recipes, hand-crafted bread and creative vision of the future remains in the hands of its two bright and enterprising owners.

Funk and Over were planning the move for more than a year. In December 2019 they were setting sights on the cafe across the street. The pandemic halted that idea, but Over said it was a blessing in disguise — the pause allowed her and Funk to think carefully about their next moves.

“Three years ago, the theater foundation had talked about wanting to have food with the theater, so I kinda got into that conversation with some other people,” Over said. “And I’m really excited to have the cafe, but I really want to work with the theater. Our business is actually to run the cafe and the theater, so we’ll be programming for music and movies and other events.”

Over, prior to founding the new Liberty Theatre Cafe with Funk, had run Kneads Bakery across the street for six years. It was her first venture into baking. She said her primary reason for getting into the industry was to be her own boss, that she liked the freedom it entailed. The previous owner of Kneads handed the keys and a 1940’s oven to the fledgeling baker. She wasted no time getting her hands into the mix and building up her business.

“I just wanted to have my own business, basically,” Over said. “I learned most of what I know from [this] job. I didn’t do a lot of baking before I got the business, but I’ve learned a lot since.”

Kneads grew considerably over the years, taking on a new decor, expanding the menu and elevating its artisanal breads to a form of art. Sourdough became the bakery’s pride and joy, and remains a staple for most of the sandwiches at the new cafe — but due to COVID-19 restrictions, service is takeout only.

Funk met Over at a mutual friend’s annual party in 2017. Funk is a former Bay Area pastry chef at the famous Chez Panisse, a restaurant that has been a pioneer in the farm-to-table movement, a philosophy of cooking that’s become popular with restaurants in the past few decades. It’s a philosophy that she envisions as the future of the cafe.

“It really shaped how I see food, and the food industry — and builds relationships with farmers.” Funk said of her time at Panisse. Still, she wanted more from the restaurant industry and said the slim chances for advancement within the ranks were one of the factors in her decision to move to La Grande.

The other was family.

The farm-to-table philosophy requires a network of growers — a network that remains in its nascent stages in Northeastern Oregon, where most of the area’s agricultural focus is on large quantities of goods such as wheat or hay and less emphasis on restaurant staples. Funk, though, is optimistic the farm-to-table scene will grow in the coming years.

“I think there are going to be awesome farms out here, but they’re a little bit more in their infancy and just starting out — and people are just starting to get interested in them to start to grow them.” said Funk. “We want to build good relationships with farmers, and not just sprinkle it in”

The big plans toward merging the two venues together is several years away. But Over is in no rush.