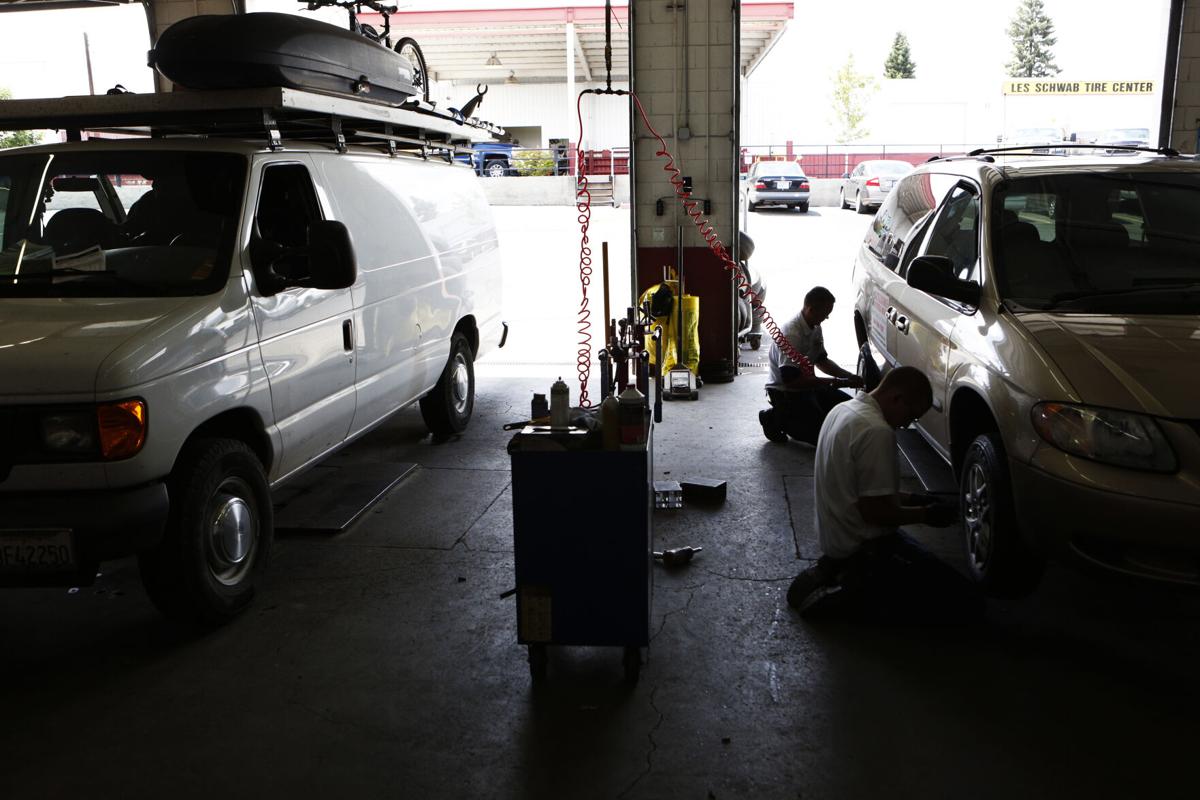 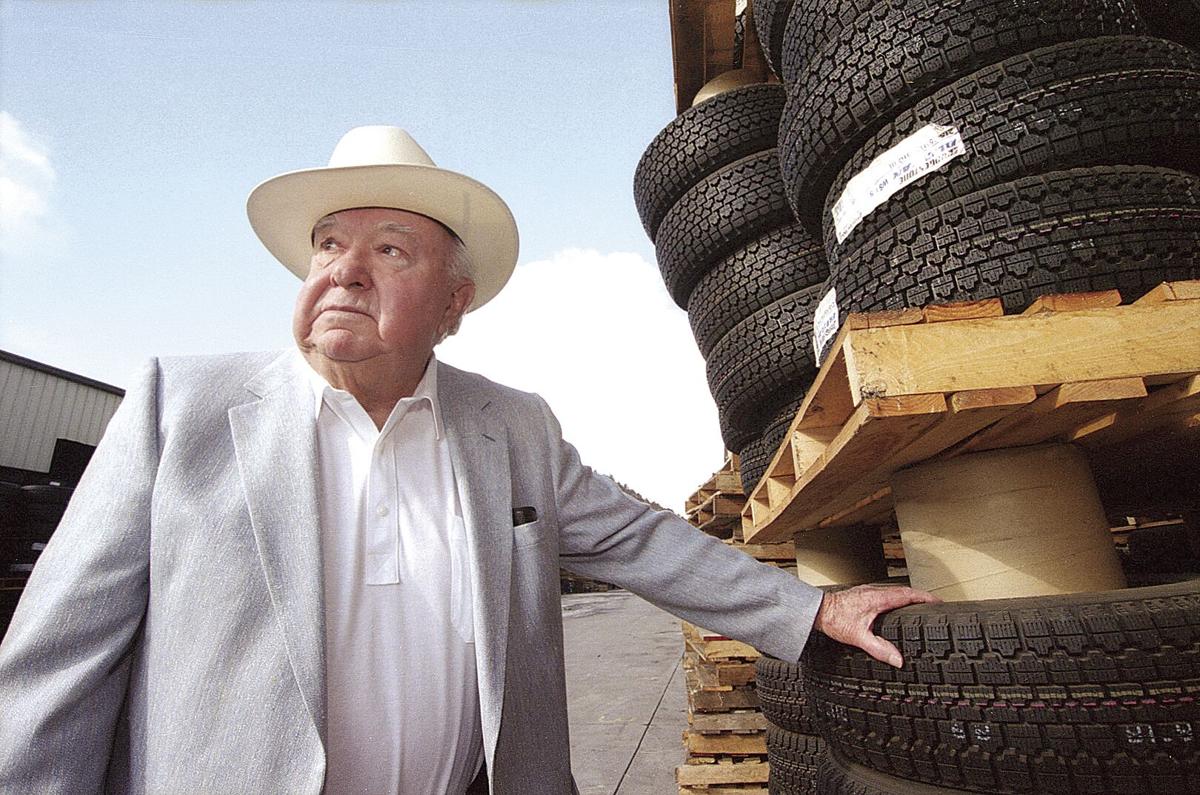 Founder Les Schwab at company headquarters, then in Prineville, in 2000.

BEND — Les Schwab Tire Centers has reached a deal to sell the company to Meritage Group, a San Francisco-based investment firm, ending family ownership of one of Oregon’s best-known businesses.

Bend-based Les Schwab Tire announced plans to sell the 68-year-old business in December, citing the difficulties of running a business in its fifth generation of family ownership. Tire baron Les Schwab started the business in his hometown of Prineville in 1952 and grew it into one of Oregon’s largest companies with nearly 500 stores in 10 Western states, and annual sales of $1.8 billion.

The business remained in Schwab’s family after his death in 2007.

When Les Schwab Tire announced its sale plans last year, Bloomberg reported the owners hoped for $3 billion in the deal. Les Schwab and Meritage did not report terms of Tuesday’s deal but said the current management team will remain in place and Les Schwab will continue operating as it has.

“The company’s exceptional employees and programs, strong financials, and respected, customer-focused brand set it up for success for years to come.”

Meritage’s founder, billionaire Nat Simons, is a billionaire investor and climate change activist. Simons helps run a number of investment funds in addition to Meritage. It wasn’t immediately clear how Les Schwab fits into his investment thesis or what the deal will mean to the company’s operations and employees.

“Meritage Group has a history of preserving culture and values while growing its companies with investment over time. This is a great fit, and aligns well with Les’ vision and all we have built together,” Les Schwab CEO Jack Cuniff said.

Les Schwab Tire’s sale is the latest in a succession of large, Oregon-based businesses to sell. Precision Castparts, Mentor Graphics and Vigor Industrial, among many others, have found new owners in the past few years.

Oregon now has few large, locally owned companies based here. It’s a trend that has worried economists for years, fearful that out-of-state owners would cut satellite operations in a downturn before trimming their headquarters.

When it announced sale plans, though, Les Schwab maintained any new owner would keep the company together and retain its Bend headquarters and Prineville distribution center.

“As our family grows and ages, it has been very important to us to remain committed and aligned behind our grandfather’s vision,” the Schwab family said in a statement. “While it was hard to make the decision to sell the Company, we are very confident Meritage Group will continue that commitment and alignment, and will build on all we have accomplished over the past 68 years.”

Les Schwab Tire suspended its sale plans in June, citing the coronavirus pandemic. And though the virus still rages, financial markets have been unexpectedly strong and corporate dealmaking has continued apace.

Even as his tire business grew, Les Schwab adhered to his old-school business practices. The company returns half the profits from each store to its employees and only hired managers from within the company. The company has expanded into southern California and as far east as Wyoming, but all its tires still pass through its Prineville warehouse.

Tire jockeys still race out from service bays when cars pull into the parking lot to greet customers. The company often fixes flats for free, anticipating people will return when it’s time for their new tires.

Schwab himself vowed he would never sell the business and hoped his successors wouldn’t, either.

“The company isn’t for sale,’’ Schwab told The Oregonian in 1997. “It will go on, bigger and better than ever, and continue to provide opportunities for young people to be successful. All the stock will remain in our family.”

However, Schwab’s two children both died before he did. And though some of his heirs serve on the privately held company’s board, none hold executive positions with the company and none of his four grandchildren live in Oregon.

When his widow, Dorothy Schwab, died in 2016 at age 98, her obituary listed 17 direct descendants.