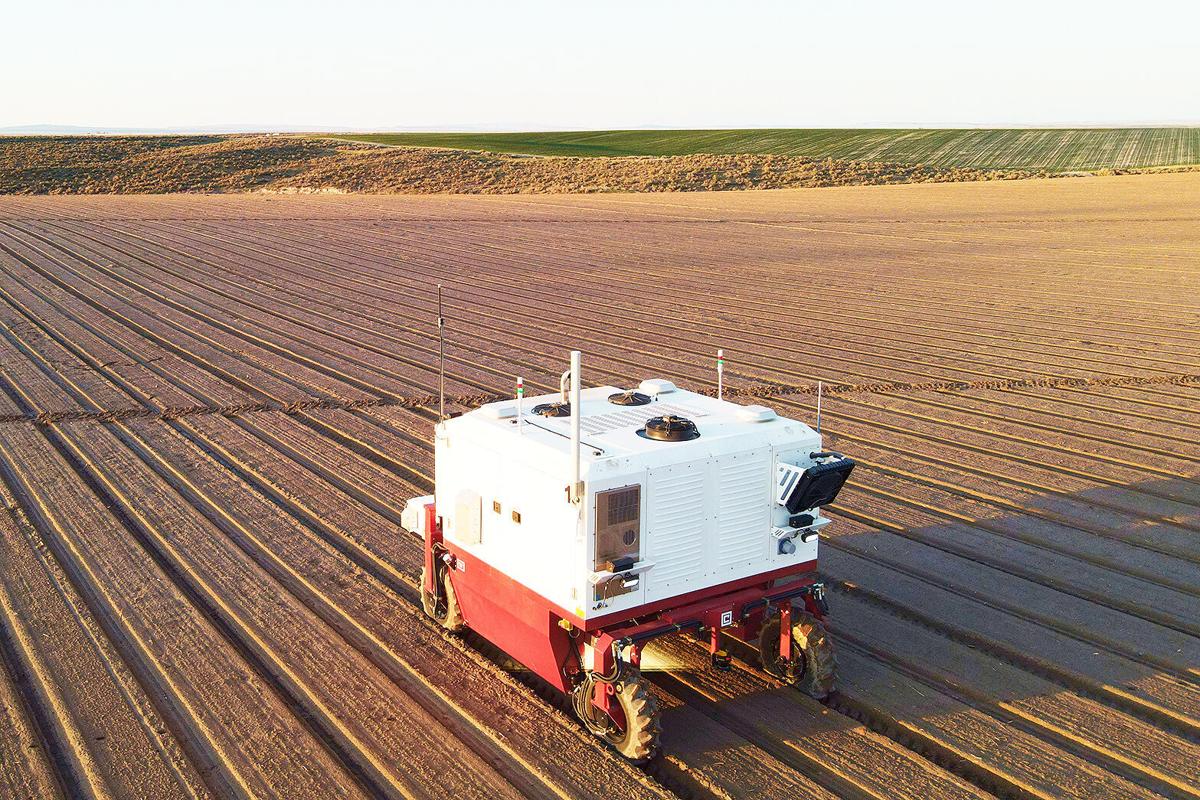 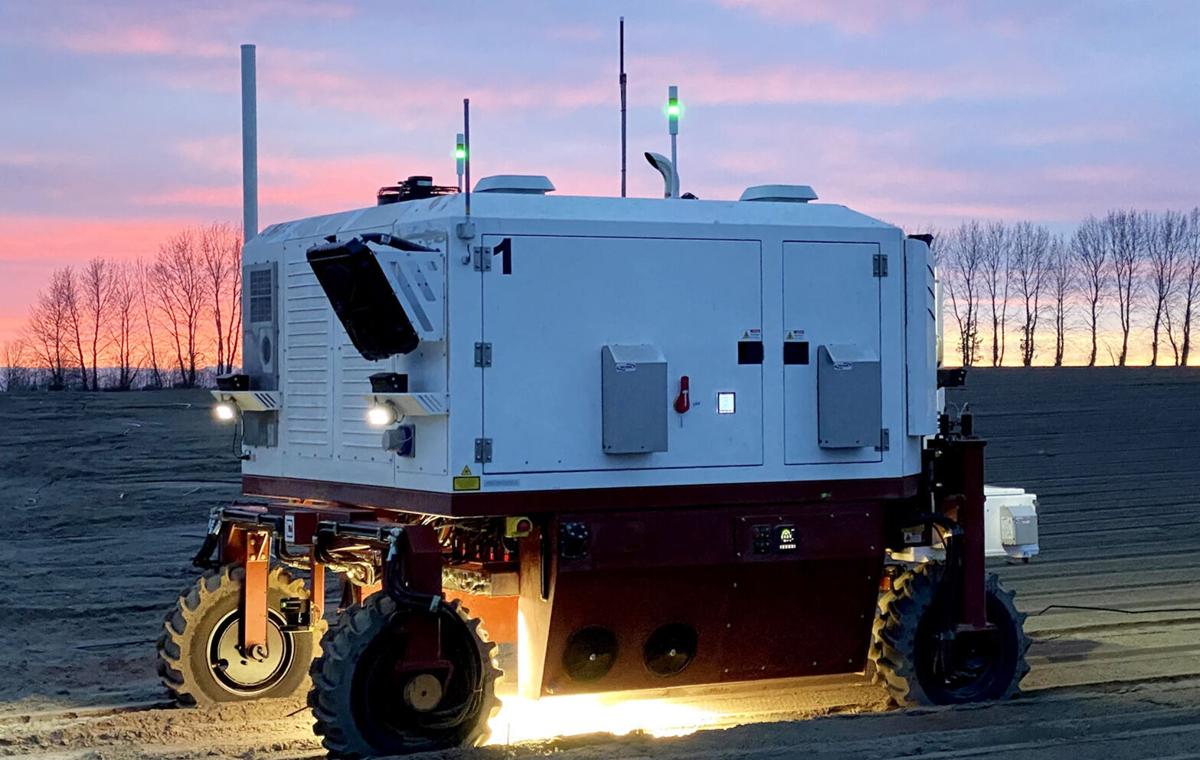 The robot from Carbon Robotics of Seattle is as big as a medium-sized tractor, can work through the night and uses lasers to zap weeds.

The robot from Carbon Robotics of Seattle is as big as a medium-sized tractor, can work through the night and uses lasers to zap weeds.

But that may change. Myers hopes to transfer his weeding work to robots.

Myers, CEO of Owyhee Produce, is an early adopter of a Seattle robotics company’s “autonomous weeder,” a self-driving, diesel-powered robot about as big as a medium-sized tractor that zaps weeds with powerful laser beams.

Carbon Robotics introduced the latest iteration of the technology in April.

“The idea of weeding robots to me, when I first heard of it, was like science fiction. I mean, it just seemed so far-fetched,” Myers said.

Other farmers described the robots as “extremely futuristic” and “like ‘Star Wars.’”

The company says its robots will save farmers money by reducing their reliance on labor crews. Because the units use a certified organic, no-till method of weed killing, Carbon Robotics says its robots also cut herbicide costs.

Myers, the farmer, participated in early trials and has ordered two robots for 2022. He estimates a single unit will save him 23 man-hours per acre per growing season — a big deal since his labor costs are up 40% during the past five years.

Each robot is equipped with artificial intelligence technology, 12 cameras, eight lasers, a GPS and a safety scanner.

When a farmer buys a robot, Carbon Robotics’ engineers pre-program it to recognize field boundaries and furrows and to differentiate between wanted crops and unwanted weeds.

The robots are then sent out to zap weeds. The fine-tuned lasers can kill 100,000 weeds per hour with blasts of thermal energy — about 15 to 20 acres per day.

Paul Mikesell, Carbon Robotics’ CEO, said he came up with the idea around 2018 when talking with friends who farm. Mikesell had previously worked on technology for Uber. After hearing farmers’ frustrations about labor, Mikesell set out to create robotic weeders.

Carbon Robotics is still small-scale. The company produced about half a dozen units in 2021. They quickly sold out, and in 2022, the company plans to produce 30 units.

Mikesell, the CEO, declined to name the price of a robot, but said it’s “approximately the cost of a medium-sized tractor.”

Mikesell said most of his customers have 4,000 to 15,000 acres, but the robots can be used in smaller farms. The units have been tested with carrots, asparagus, onions, broccoli, leafy greens and other commodities.

Some farmers say they hope the technology will allow them to convert some conventional acreage to organic production.

Several groups that represent farm laborers have expressed concern about the rise of automation, saying robots could eventually displace agricultural workers from their jobs.

But many industry associations say they expect agricultural automation to continue expanding.