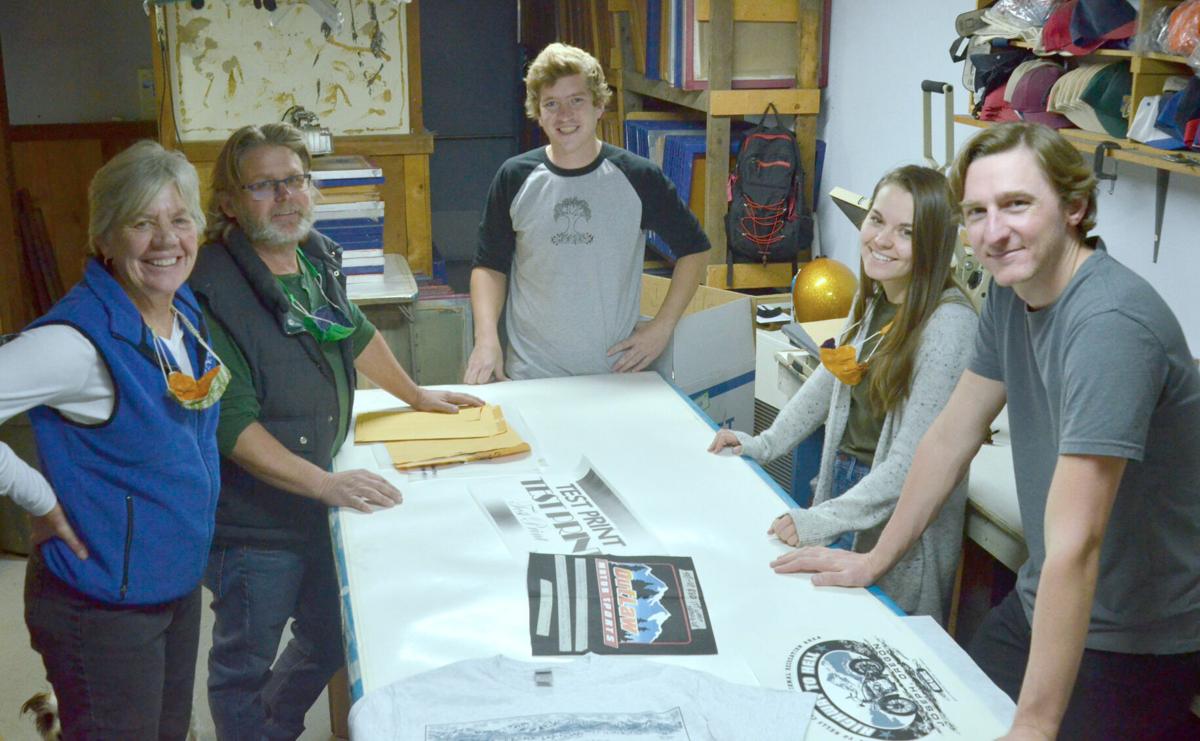 The crew at Moonlight Graphics in Joseph looks over some of primary artist Chuck Barrett’s work. From left are owners Pam and Chuck Garrett, printer John Jordan and new managers Ali Garrett and Scott Westrick. The elder Garretts are turning over operation of their business to daughter Ali and her boyfriend, Westrick. 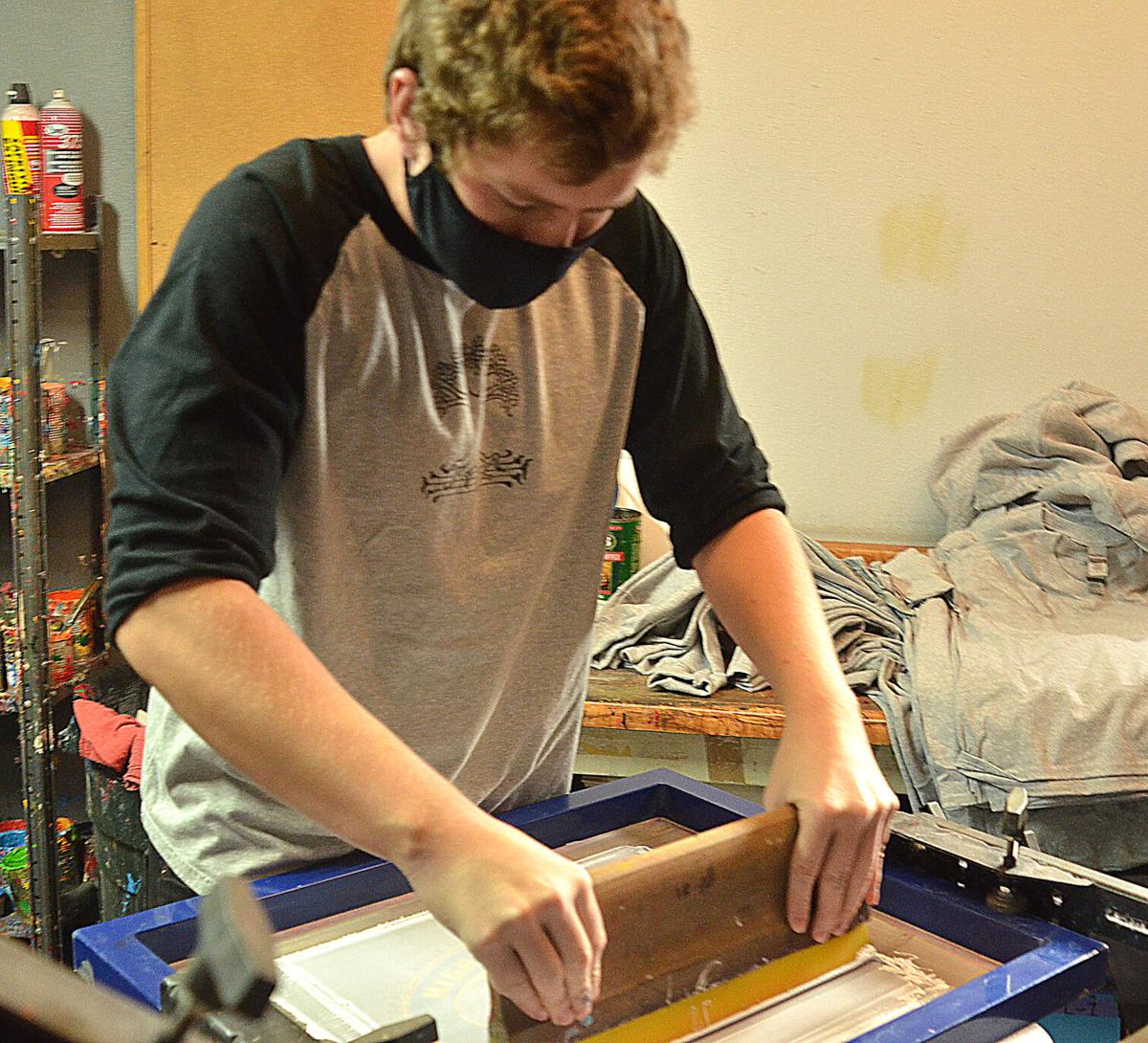 Moonlight Graphics printer John Jordan inks the press to print a silkscreen design on a T-shirt at the Joseph shop. Owners Chuck and Pam Garrett are turning over operation of the shop to their daughter, Ali, and her boyfriend, Scott Westrick.

JOSEPH — A new generation is taking over the operation of an old favorite in Joseph.

Chuck and Pam Garrett have owned and operated Moonlight Graphics since 1989. The couple is retiring and turning over day-to-day operations to their Wallowa County born-and-bred daughter, Ali Garrett, and her boyfriend, Scott Westrick.

“We’re going to do a little traveling and some projects at home,” Pam said.

But Chuck and Pam won’t be totally absent.

“We’ll retain ownership, at least for the first year, and turn it over to Ali to run,” Chuck said. “We’re going to help part time over the next year.”

The shop primarily produces silkscreen artwork to go on T-shirts.

“Basically, it’s just on textiles,” Chuck said. “I also do web design, but I don’t know if they’re going to go in that direction or not.”

Ali is well trained to follow in her father’s artistic footsteps.

At present, due to the COVID-19 pandemic, the store is open by appointment only, which probably will continue until at least the first of the year.

Scott, who will be working largely behind the scenes doing the bookkeeping and logistics, said he hopes to see that change soon.

“We hope to have the front open at least a couple days a week in the new year,” he said.

“We hope to be back open full time soon so people can come in,” he said. “Right now, it’s phone calls and setting up appointments, so it’s kind of inconvenient for people. We’re going to want to address that down the road.”

Printer John Jordan will stay on, as he’s crucial to getting the artwork from the design stage to the finished product.

He demonstrated the six-color, hand-operated press and produced a T-shirt with one of Chuck’s designs that showed a mountainous background typical of the area with “Highway to Hell” over a classic Indian motorcycle and “Joseph, Oregon” below.

As for changes, Ali said they want to revamp the storefront and get new designs for their products.

“We want to expand the wall art and stuff like that. … Like framed things to hang on the wall,” he said.

But the hand-made component of the work at Moonlight won’t change.

“So many people nowadays do automatic printing presses,” Pam said. “But we’re still the old-fashioned way.”