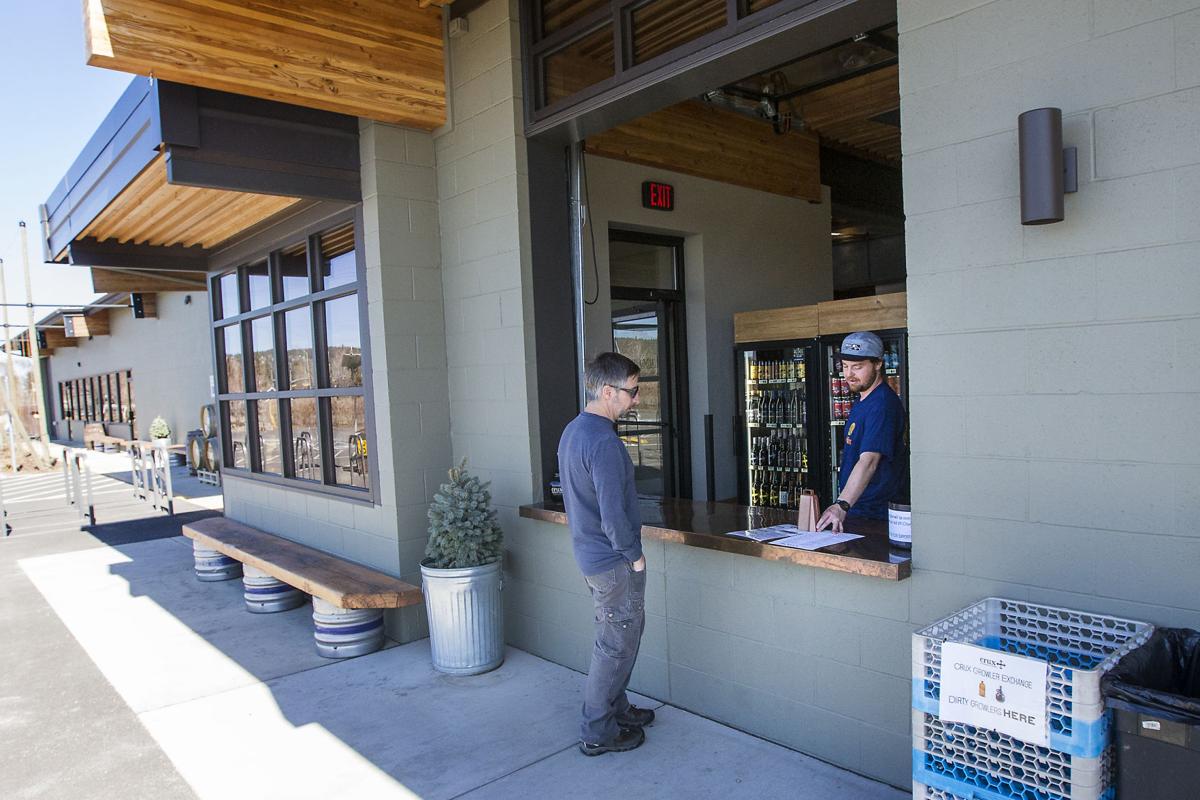 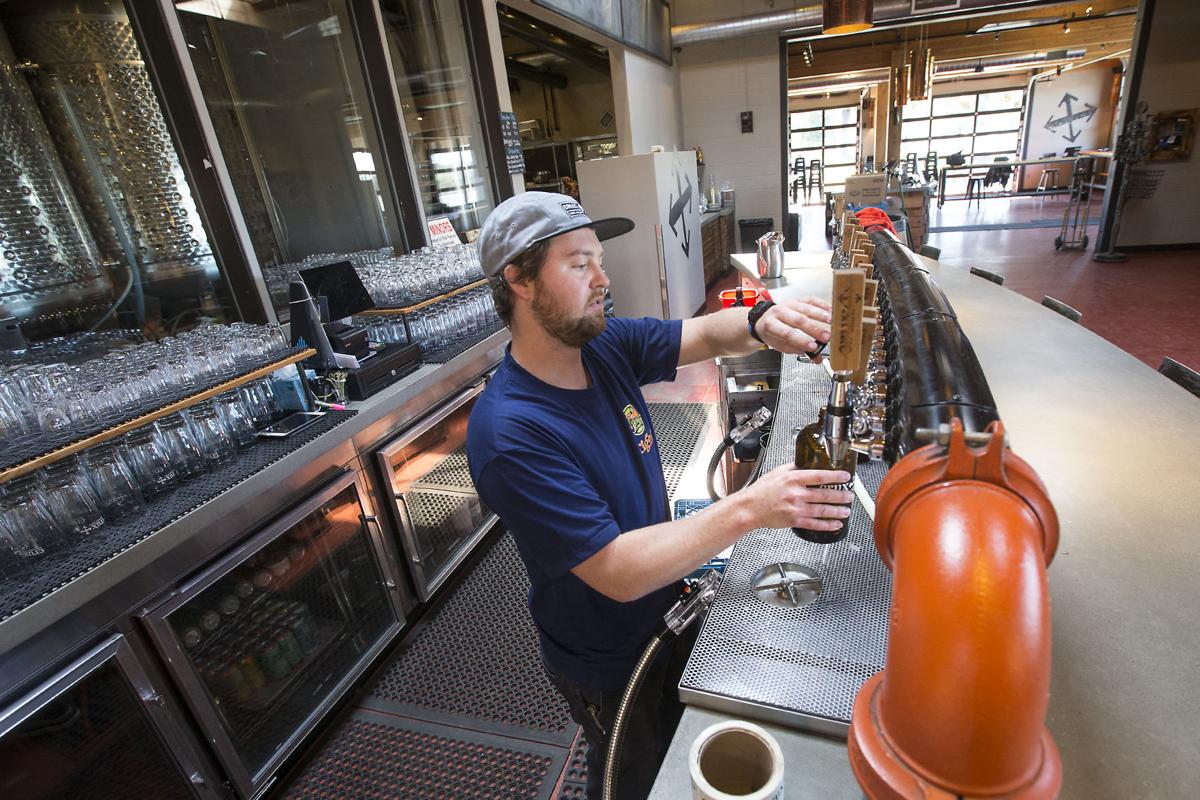 Spencer Davis, floor supervisor for Crux Fermentation Project in Bend, fills growlers for a customer Saturday while working the walk-up window at the brewery.

Spencer Davis, floor supervisor for Crux Fermentation Project in Bend, fills growlers for a customer Saturday while working the walk-up window at the brewery.

In addition to curbside delivery, the commission also approved an emergency rule that will allow same-day delivery of alcoholic beverages until 2:30 a.m. The commission put the rules in place at a monthly meeting on Thursday, according to a press release.

The emergency measures were permitted by the OLCC commissioners as a way to ease economic hardship faced by the hospitality industry, which is struggling amid rules put in place by Gov. Kate Brown to stop the spread of the highly contagious coronavirus that causes the disease known as COVID-19.

“We are giving these tools to businesses to help them survive in these challenging times,” said Matt Van Sickle, public information officer for the OLCC.

The rules affect businesses that already have an off-premise license, which is a license that allows patrons to purchase alcohol and then take it somewhere else for consumption. The term curbside refers to a location 100 feet away from the place of business. Previously, delivery to a curbside location was not permitted.

The new rules are in effect for 90 days, after which time the liquor control commission can revisit and possibly extend them.

Van Sickle said the idea is to give businesses more tools to replicate the restaurant experience for customers and encourage Oregonians to support their local businesses.

“This replicates what people are used to doing — going out and having a drink with their meals,” said Van Sickle. “Restaurants and bars depended on that behavior to survive. Now businesses can deliver food to a car in a parking lot, along with beer.”

While still new, the curbside service has been well-received by regulars and has allowed the brewery to stay open.

“We’ve had huge support of regulars,” said Davis. “It’s not what they want to be doing but it’s great to see them still support us. It’s not as busy as it would be usually but it has been positive for us, in light of everything.”

"We are giving these tools to businesses to help them survive in these challenging times."