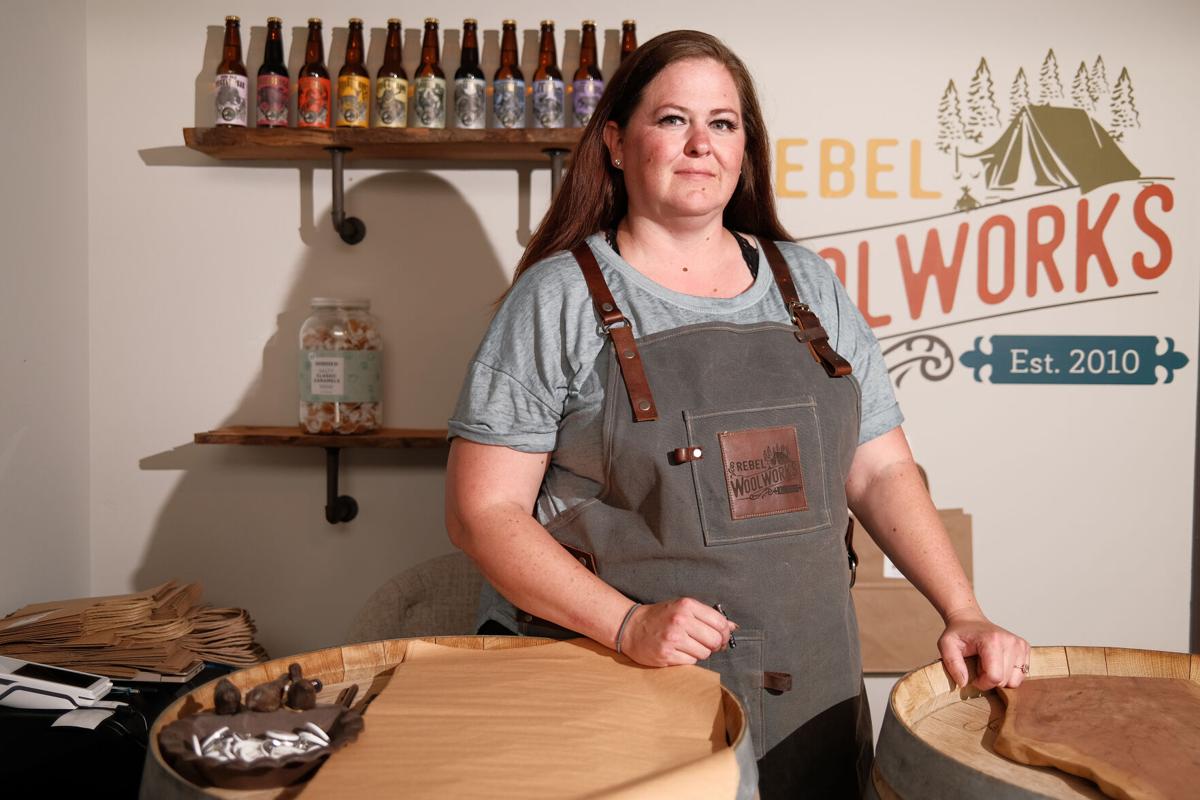 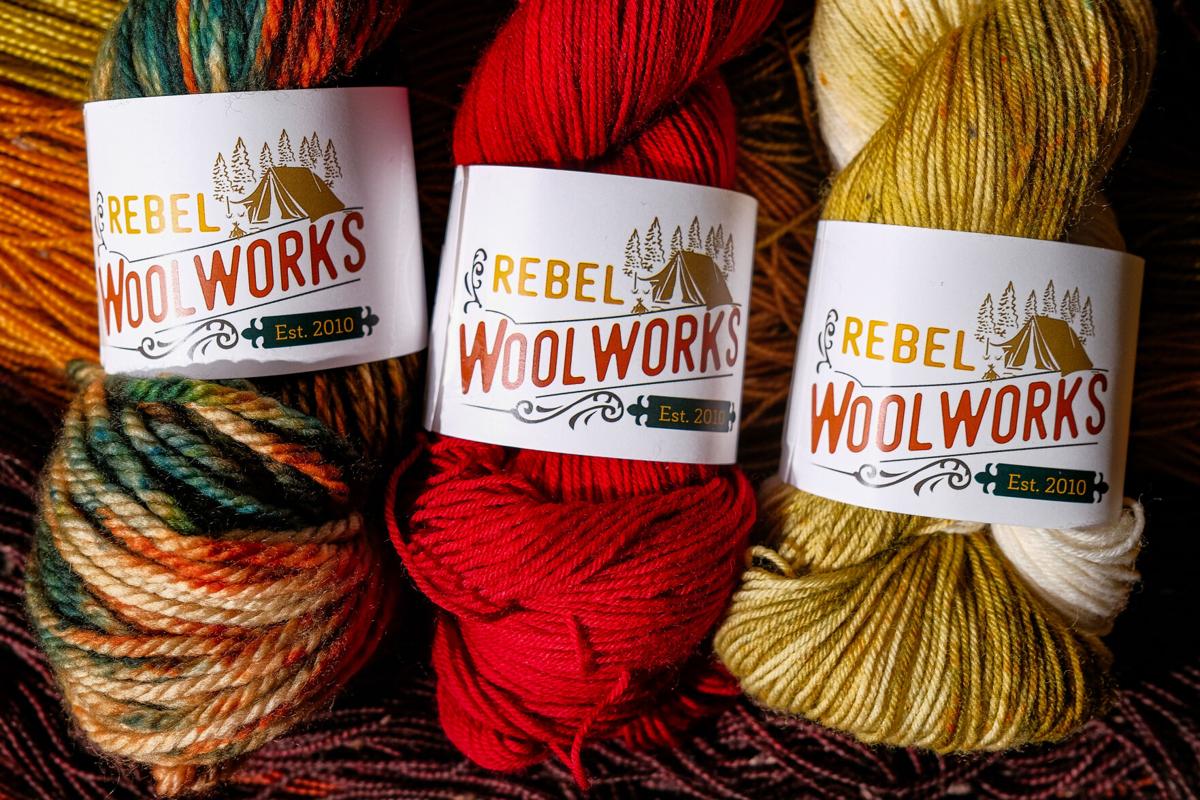 Rebel Woolworks, 1113 Adams Ave., might be new to downtown La Grande, but owner Tara Sager has been selling her own yarn since 2010.

“It feels surreal. I started off online, and it just exploded, and then I won the business plan competition and I was able to get this space,” Sager said. “It’s been an insane amount of hard work, but totally worth it.”

Sager was the winner of a business plan competition hosted by several La Grande organizations in 2021. In the competition, participants created their own business plan for a store that could move into a physical location.

Part of the winning prize was a fund to launch the business and provide technical assistance. Two months after winning the competition, Sager’s yarn business officially opened.

“It’s always exciting when a new business opens downtown,” Taylor Scroggins, La Grande Main Street’s executive director, said in a press release. “What Tara is doing with these yarn colorways is breathtaking. Rebel Woolworks is going to be an excellent addition to the fabric of downton La Grande’s business community.”

Sager, who moved to La Grande in May 2020 with her husband and three daughters, brings a newcomer’s perspective to downtown. She hopes to work with other businesses to support the La Grande downtown community.

“I’m just really excited to be here. It’s kind of like a dream come true,” Sager said. “As soon as I get over all of this grand opening stuff, I want to get on some boards and committees and really help to grow the downtown area, because it has so much potential.”

Business plan was a decade in the making

Prior to moving to La Grande, Sager and her family lived in several places, including Alaska, where she first started dyeing her own yarn to practice knitting.

Sager realized there was a large market for indie-dyed — or independently made — yarn when she posted some of her yarn online, and her business took off.

“I tried selling, and within the first month, I was selling out within 10 minutes of a shop update,” she said.

In 2020, Sager decided to return to dyeing yarn, and the family was set to move to Pendleton. However, this changed when she drove through La Grande for the first time.

Not long after the family moved to La Grande, Sager’s yarn business outgrew their RV, and they bought a home. It didn’t take long for Rebel Woolworks to grow too big for the house, and Sager began looking for a physical location.

Every month, Sager releases a new collection. July’s theme was “Pacific Northwest Road Trip,” and the August theme will be “Disney Villains.” Rebel Woolworks has expanded its offerings to 62 different colorways.

Each collection takes far more work than most people would expect, according to Sager.

“I have to order all the yarn, dye it all, dry it all, twist it all up, label it and package it,” Sager said. “It’s not just taking yarn and throwing it in the back. It takes a lot of time.”

For one of her first collections, Sager dyed 2,000 skeins of yarn, each of which contains 437 yards. For the Pacific Northwest collection, she opened online orders for 24 hours, which resulted in six weeks of work.

Orders come from across the globe

While going through the process, Sager said she is able to tap into a creative mindset that allows her to make new combinations and try methods that hadn’t previously occurred to her.

Part of what makes the creative outlet so special is that trade secrets have kept indie-dying a sacred process, according to Sager. She said she will continue to dye all of her own yarn regardless of high demand.

“Basically, indie dyers don’t have other people dye their yarn,” she said.

In 11 years, Sager has fulfilled orders from all over the world, including customers in Australia, New Zealand and Ireland.

Although Sager will be the only dyer in the shop, she has big plans for other aspects of the business.

“The 10-year plan is I’d like to move to a location where I can have a soup and salad and sandwich place, and then yarn on the other side,” Sager said.

Rebel Woolworks might one day be much more than a yarn shop, but for now, Sager isn’t too concerned about the money.

“I do it because it’s a creative outlet, and I love doing it,” Sager said. “I want to provide a store, that if I went into it, every single item I would absolutely love and want to have in my home. Everything is extremely well crafted, and if it’s not, then it’s not going to be in here.”