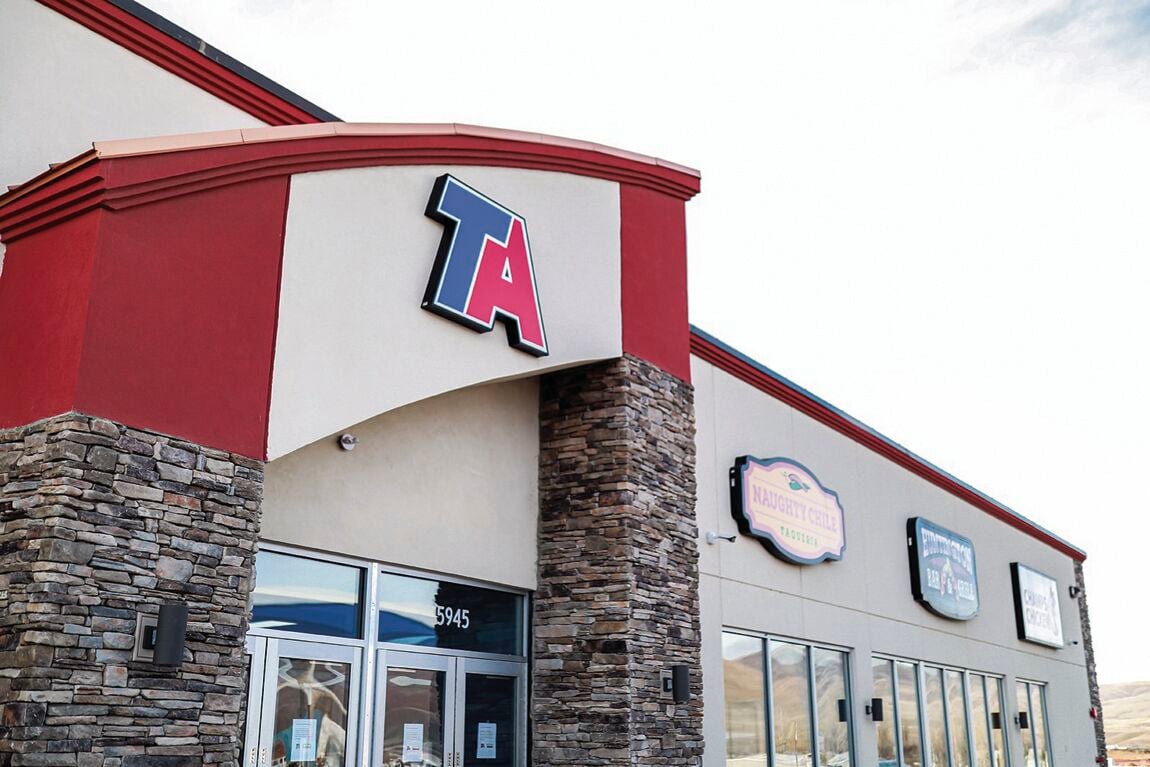 The new TravelCenters of America truck stop recently opened at Farewell Bend, along Interstate 84 about 50 miles southeast of Baker City. 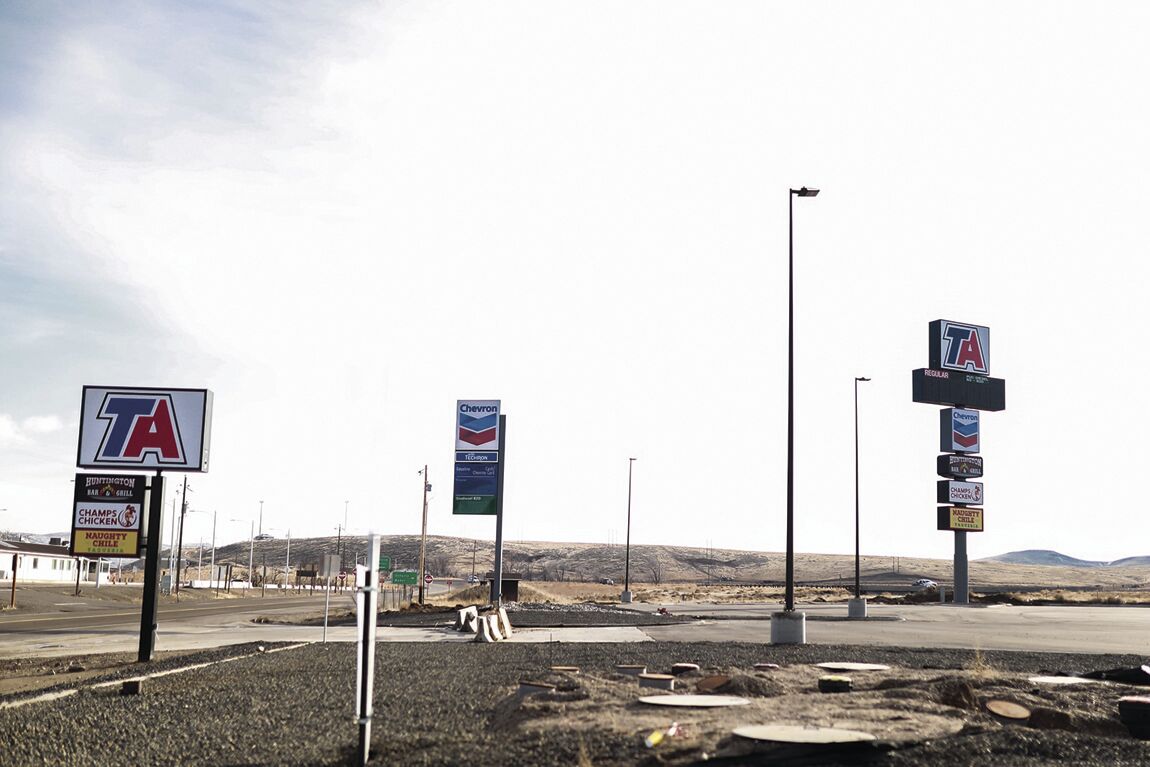 The new TravelCenters of America truck stop at Farewell Bend includes two restaurants with a third opening soon along with 150 parking spaces for semitrailers and 40 for cars.

The new TravelCenters of America truck stop recently opened at Farewell Bend, along Interstate 84 about 50 miles southeast of Baker City.

The new TravelCenters of America truck stop at Farewell Bend includes two restaurants with a third opening soon along with 150 parking spaces for semitrailers and 40 for cars.

FAREWELL BEND — A dark and remote stretch of Interstate 84 east of Baker City is considerably brighter in 2021.

Plus you can buy fried chicken.

And there are fuel pumps and restrooms for potentially more pressing needs.

The Huntington Travel Plaza, part of the national TravelCenters of America network, recently opened beside the freeway at Farewell Bend, about 50 miles from Baker City.

The plaza fills a retail void dating back nearly a decade in the mostly unsettled 73-mile stretch of freeway between Baker City and Ontario.

The former truck stop at Farewell Bend, which included a motel, closed in May 2011 and the buildings were later removed.

For much of the time since the truck stop closed, the only place to get a meal and gas between Baker City and Ontario was at Huntington, which is about a mile off the freeway about 5 miles north of Farewell Bend.

Karam Singh of Vancouver, Washington, owns the new 12,000-square-foot travel plaza, operating as a franchisee under TravelCenters of America.

“I’m looking forward to becoming part of this community, bringing new jobs to the area and offering drivers a new place that is like home,” Singh said.

The new travel plaza employs about 50 people, said Tina Arundel, director of communications for TravelCenters of America in Westlake, Ohio.

“There is a need for our services on this busy stretch of highway in Oregon,” said Barry Richards, TravelCenters of America president.

Unlike the previous truck stop, the new Huntington Travel Plaza does not have a motel. It does include two restaurants — Champs Chicken and Naughty Chile Taqueria — with a third, the Huntington Bar and Grill, opens soon.

Other amenities include 150 parking spots for semitrailers and 40 for cars, eight diesel fueling and 12 gasoline fueling stations, and a 3,000-square-foot travel store that includes fresh deli items.

For commercial truck drivers there is a lounge, six showers, a fitness room and laundry.

A truck service center is scheduled to open in 2022, Arundel said.

The 40-acre travel plaza is in Malheur County, just east of the Baker County border.

The Singh family, which owns three gas stations in the Portland area as well as convenience stores, will buy the property from Amin Alibhei of Atlanta, who manages the company that owns the property, Deep Singh told the Baker City Herald in September 2020.

Alibhei’s company bought the property in October 2019 for $775,000, according to the Malheur County Assessor’s Office.