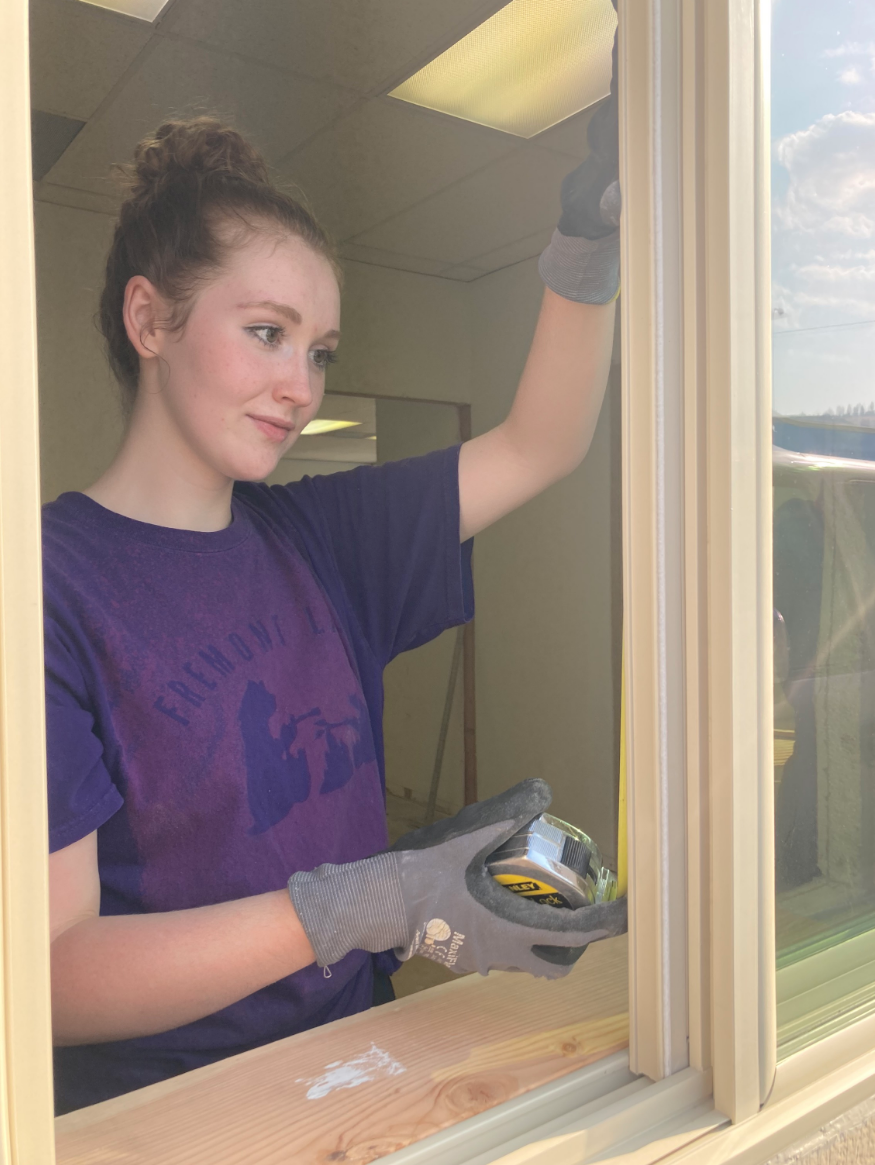 Ashlynn Lillywhite, 19, measures the drive-thru window Tuesday, Sept. 22, at 1609 Adams Ave., La Grande, for her new business, Soda Blitz. She is remodeling the space and plans to open in October. 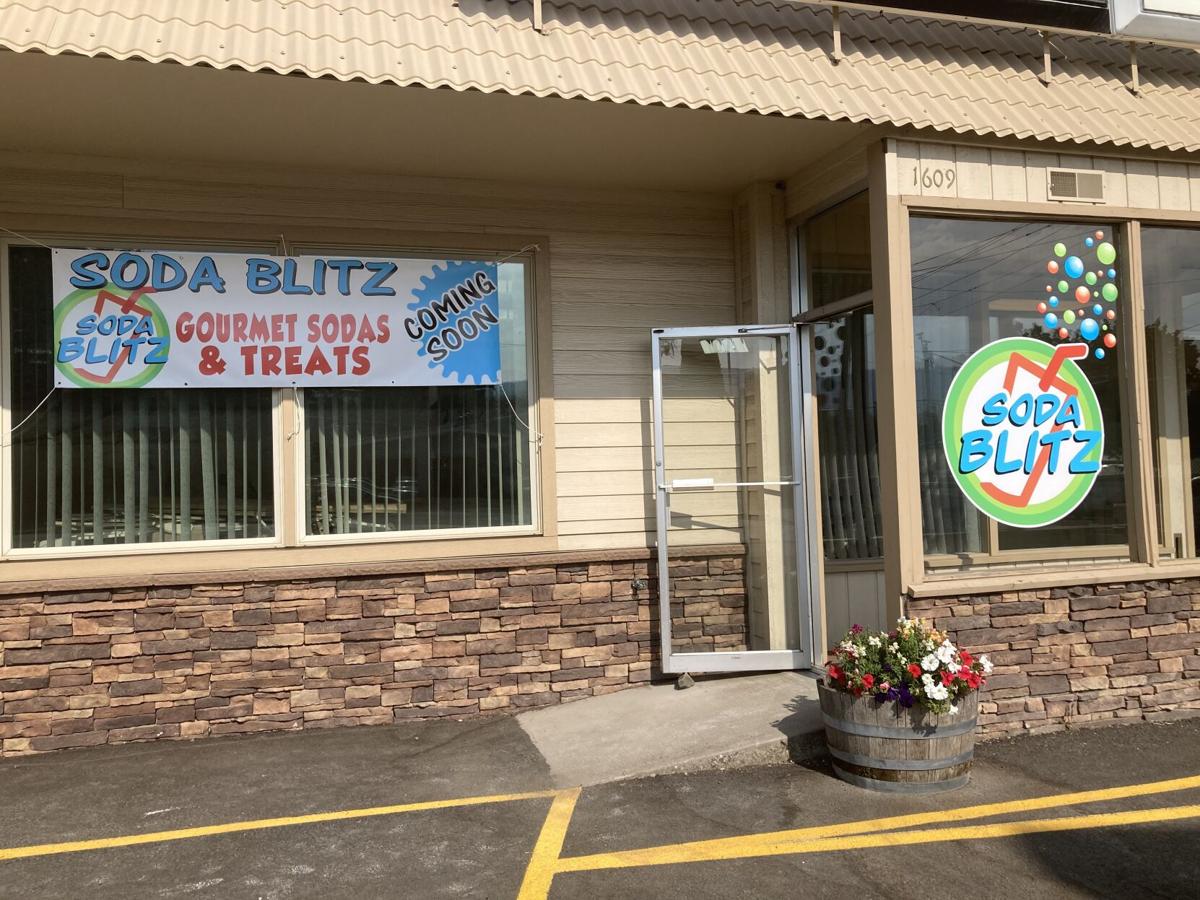 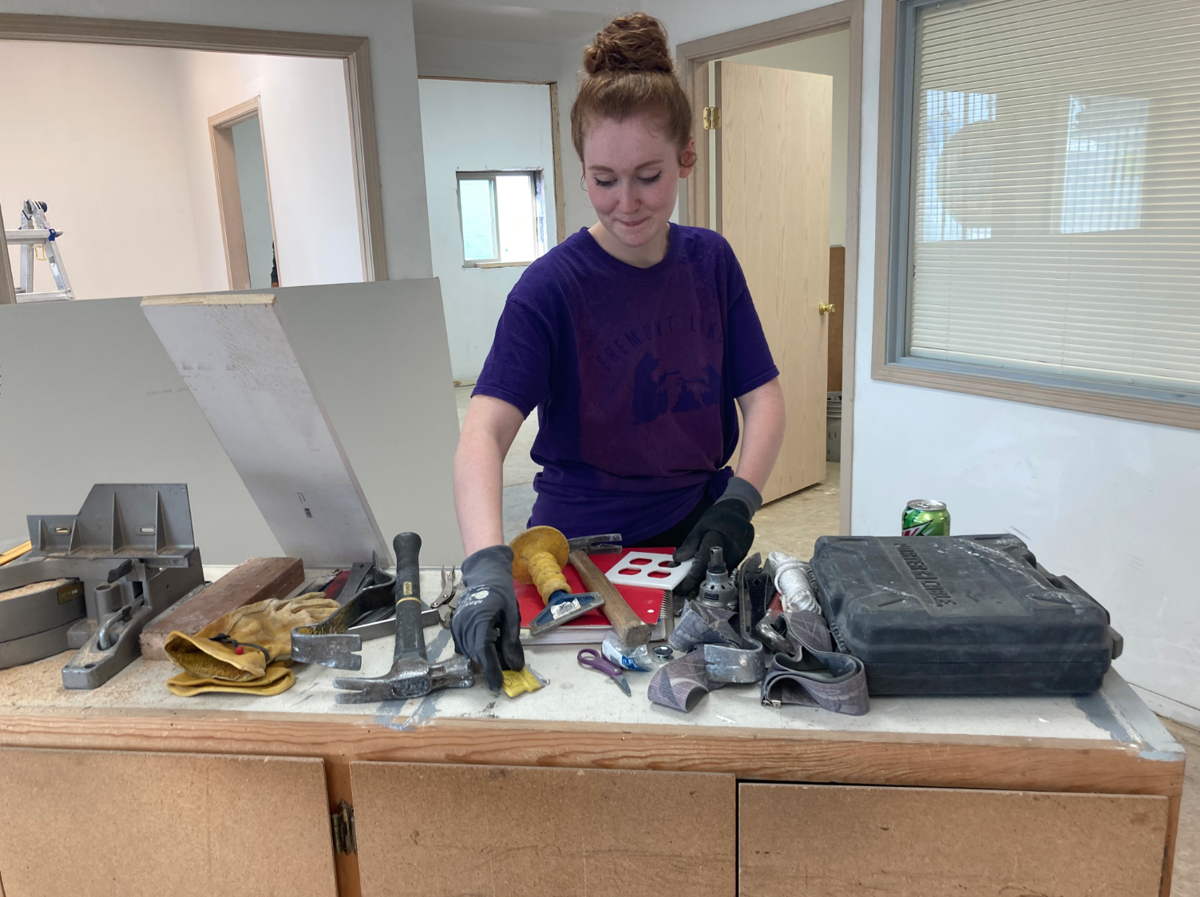 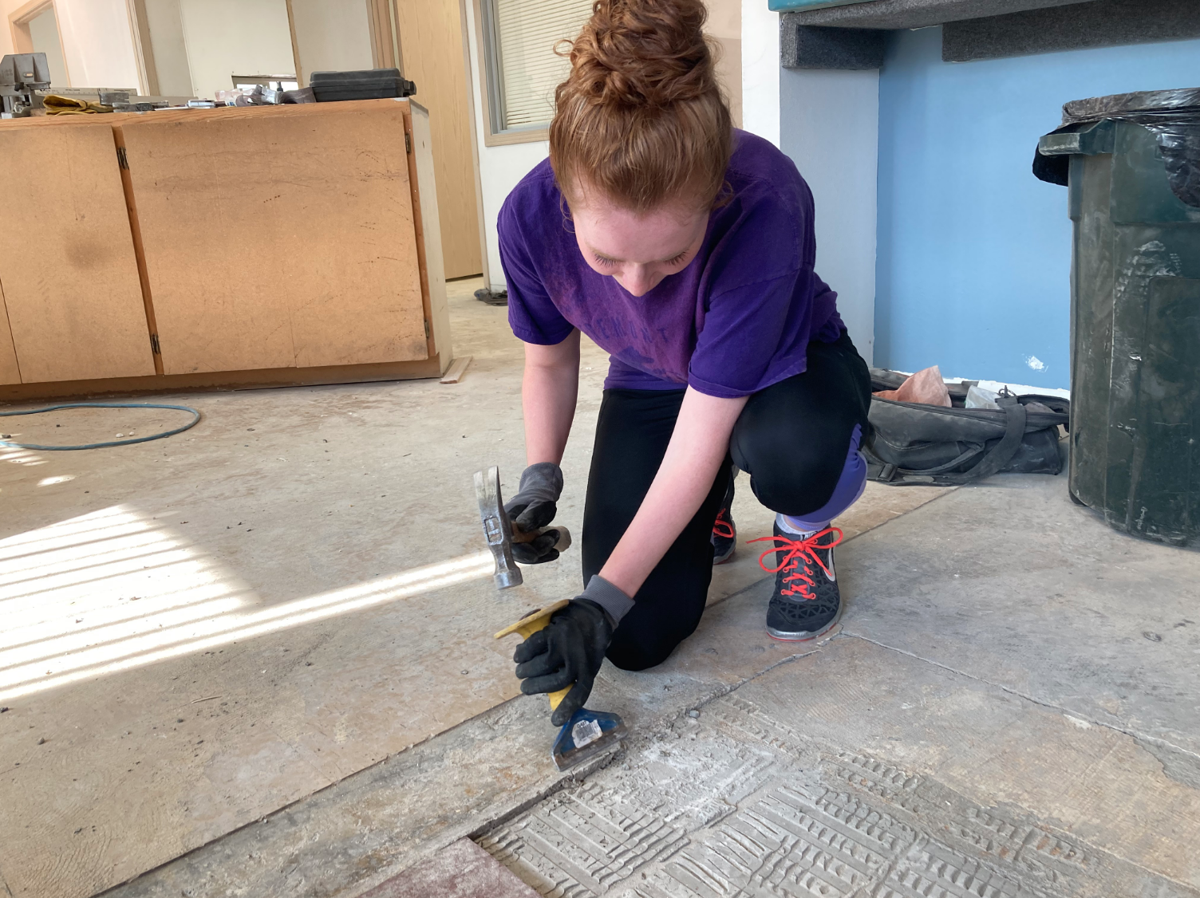 Ashlynn Lillywhite works on flooring Tuesday, Sept. 22, at her new business at 1609 Adams Ave. in downtown La Grande. She plans to open a gourmet soda shop at there in October.

Ashlynn Lillywhite, 19, measures the drive-thru window Tuesday, Sept. 22, at 1609 Adams Ave., La Grande, for her new business, Soda Blitz. She is remodeling the space and plans to open in October.

Ashlynn Lillywhite works on flooring Tuesday, Sept. 22, at her new business at 1609 Adams Ave. in downtown La Grande. She plans to open a gourmet soda shop at there in October.

LA GRANDE — La Grande is about to get a fizzy blitz.

Ashlynn Lillywhite is opening Soda Blitz, a gourmet soda shop, at 1609 Adams Ave. in downtown La Grande. Lillywhite is 19 and moved from Utah in July to the seat of Union County to run her own business with the help of her parents. She plans to open the store around the second week of October.

Lillywhite had the idea to open her own shop after working at a gourmet soda shop in Utah.

"It'll be sodas made with syrups and creams," she said, "really fancy sodas that are really good."

She said she loved the sense of community that came with getting to know the customers at the Utah shop — and that is one of her goals in running her own business.

After spending summers with her uncle who lives in La Grande, Lillywhite decided it was the place to open her own soda shop. She and her parents are renting the property, formerly a technology repair shop. Lillywhite signed the lease in May and remodeling began at the beginning of September.

In addition to the fancy sodas, the business will sell cookies and snacks. There will be a drive-thru and a place for customers to sit. Lillywhite said the store may change as customers give input, but her plan is to give people a place to enjoy a great snack and hang out.

"The soda shop idea is not super big with the older generation," Lillywhite said, reflecting on her experience at the Utah shop. "But it was interesting to see (that) once the older generation comes in and think its fun, they will come in (again) on date nights. Anyone and everyone will be welcomed in, but to start it will likely be more of the teen and young adult demographic."

Opening a business in the midst of a pandemic doesn't concern Lillywhite, as she explained she is ready to help people get back to "normal."

"A lot of people ask about opening a business during COVID-19," she said. "To be honest, I kind of view it as the world has to start going back to normal somehow, and any step you can take is a step forward."

"We wanted to do it," she said about opening the shop in the current climate. "It felt good and so we decided to jump in."

The young entrepreneur said she is driven by the passion for her idea.

"I definitely have always been into the business side of things," Lillywhite said. "I'm not going to school because I wanted to focus on the business."

Lillywhite said she is eager for the shop's first day and is planning a special offer for customers when the store opens in October.