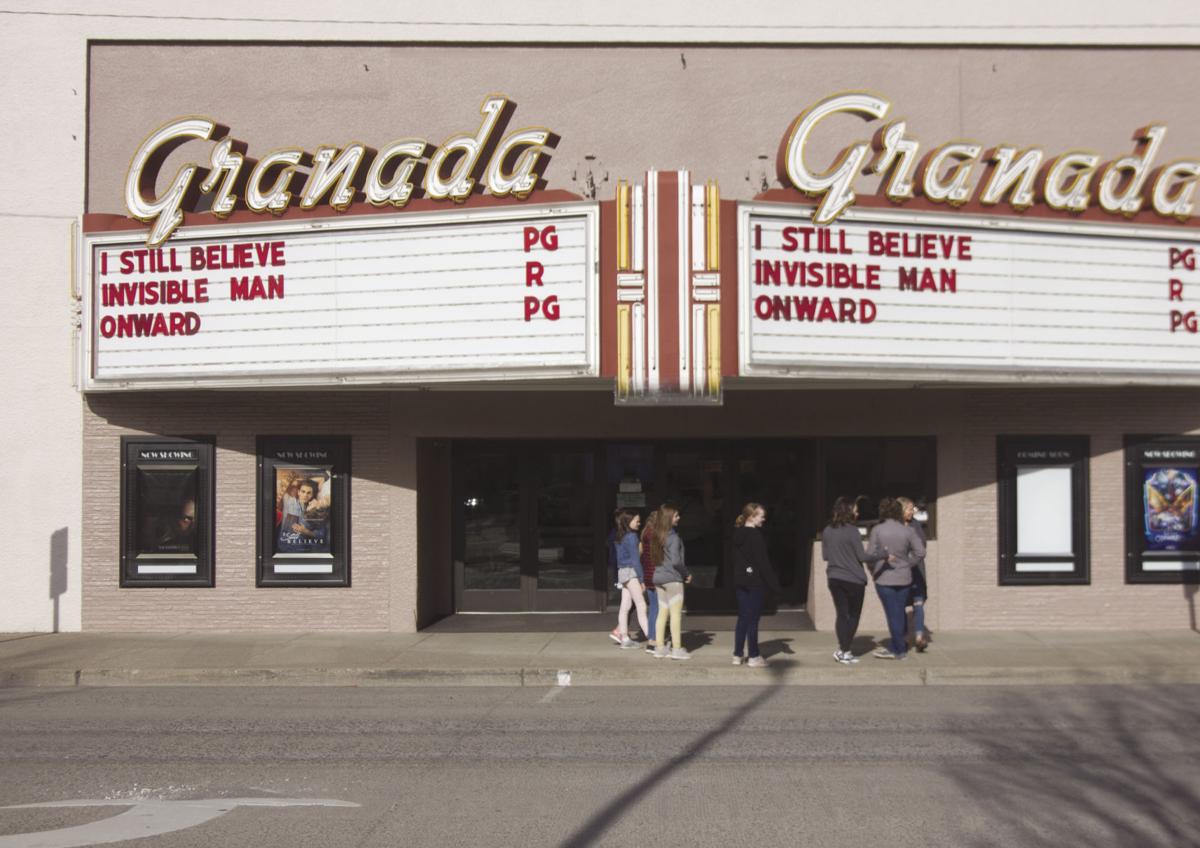 Patrons gather ahead of an afternoon movie showing Friday at the Granada Theatre in La Grande. The movie house is just one of several local businesses that could be impacted by the coronavirus. 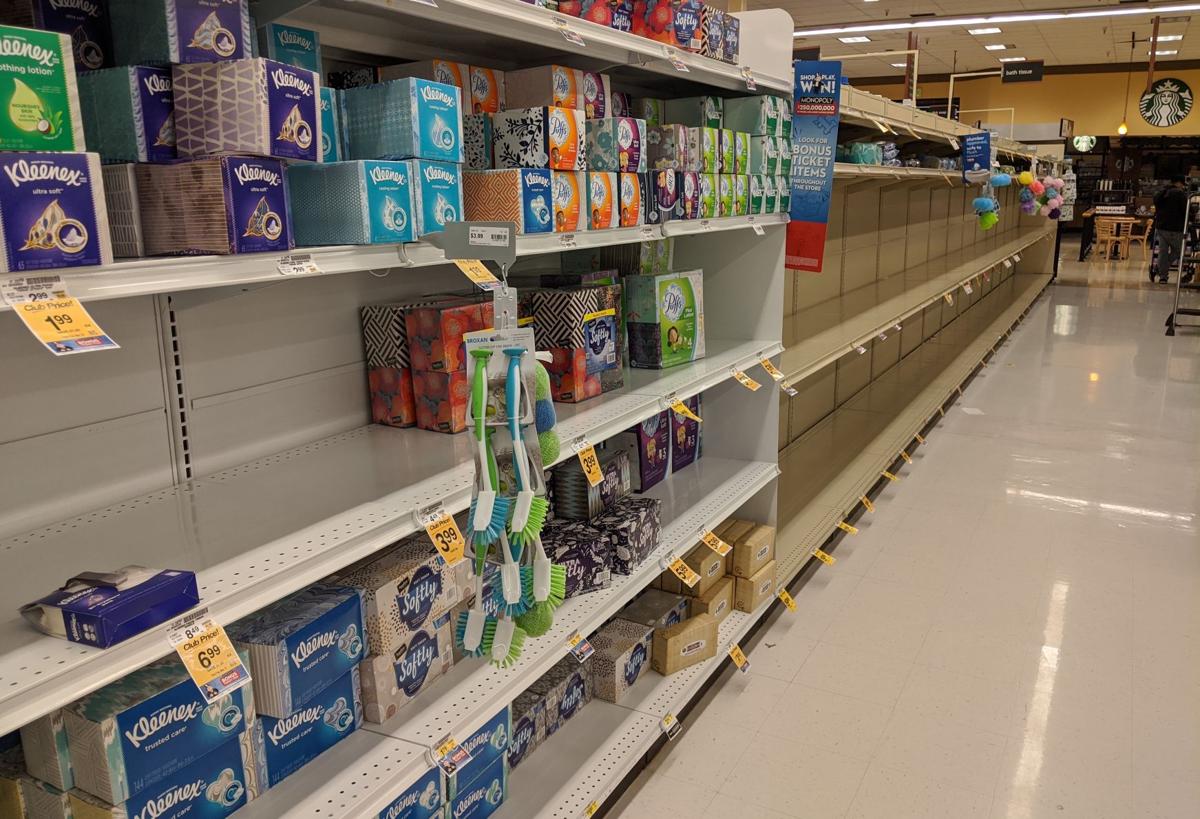 Toilet paper is in short supply in La Grande as customers stock up in the wake of a possible COVID-19 outbreak.

"I've been getting tons of text messages from parents asking if I'm going to be open," she said.

Briggs operates the state-licensed Sweet Pea Daycare with her mother in La Grande. She cares for about 16 children from as young as a few months to 13 years. The messages came in the wake of Oregon Gov. Kate Brown's order late Thursday to shut down K-12 schools statewide for two weeks beginning Monday, the latest fallout in the new coronavirus crisis.

Anxious parents were eager to find out if Sweet Pea would be running. Briggs said she would be open, but she's usually full. She said she has heard of local parents taking the week off work to care for their children and offering to care for others. That could be problematic.

Oregon law, she explained, allows an adult to care for three children who are not their own. But add a fourth, she said, and the adult needs a day care license. Given the situation with the virus, she said she hoped the state would be a lenient with parents in those situations. She also said she had not been expecting the announcement about the school closures.

"This is similar to summer," she said, "but it's something that's being thrown on you — for summer you can prepare."

Organizations of all stripes nixed outings, gatherings and fundraisers. (For the latest list, see the accompanying sidebar.) Eastern Oregon University, La Grande, announced students will take final exams, which begin Monday, via remote access and not in person. The university also suspended all non-essential travel and activities until further notice.

The effects of dealing with the virus and trying to curtail the outbreak also touched on the Granada Theatre.

La Grande's lone movie house shows first-run flicks, but studios are delaying the release of their blockbusters. The latest James Bond movie, "No Time to Die," was to hit theaters April 10. Now it will open in November. Disney's live-action version of "Mulan" was coming out March 27. The studio yanked that and has not announced a new release date. The "Fast and Furious 9" was going to roar into theaters May 22. The new date is April 2, 2021.

Granada manager Patty Johnson already has a list going of movies that have pushed back their openings. She said the recent weekend business "was pretty good," but admissions seemed to drop off during the week. Whether that was due to the movies or people concerned with the coronavirus, she said, was a guessing game.

For the next couple of weeks, she said, the Granada is fine. But after that, and as the list of movie delays grows, the business may need to make adjustments. She said she plans on talking to the theater's owners about what steps to take.

There have been some first-run movies the Granada didn't show, she said, so maybe the business' booker could get those. But cutting back on showings could be a possibility. And theaters in some places have cut admissions in half to bring more people in. All of that means less revenue.

Pacific Power, which provides electricity to Wallowa County and much of Umatilla County, announced it will temporarily suspend disconnections and late fees for non-payment for customers in Oregon, Washington and California to support the state of emergency in all three states in response to the COVID-19 virus. The company also stated it will continue to evaluate other ways to support customers "for the duration of this quickly evolving public health emergency."

Oregon Trail Electric Cooperative, which sends juice to Union and Baker county residents, reported is has not taken those steps but is committed to working with it customers.

"We are closely monitoring the local and regional developments of this pandemic and the impact to our region and membership," according to a written statement from Eric Wirfs, the cooperative's director of member services. "The safety of our member-owners, employees and the general public is our top priority. Various ways to support our member-owners are being evaluated as this health emergency develops."

The Union County Jail also is taking steps against the novel coronavirus. Sheriff Boyd Rasmussen said staff are cleaning the facility much more often to ensure proper sanitation protocol. He also said there is a push to get low-level offenders in front of a judge and out of the jail to keep the population lower to avoid the potential for COVID-19 spreading among inmates.

The Observer also asked its Facebook followers how the coronavirus affected them. Several replied they had to cancel trips, including a parent who won't get to see her daughter graduate from Air Force basic training in San Antonio. Another local canceled her study abroad trip to Costa Rica. One man said: "Cancelled dinner with my parents yesterday. Cancelled soccer games and practices. Cancelled birthday parties. Cancelled happy hour meet-ups with friends."