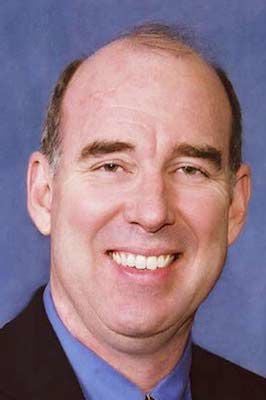 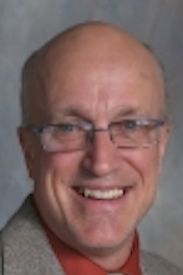 LA GRANDE — A low-interest loan program soon could be available to La Grande businesses reeling from effects of the coronavirus outbreak.

The details of the program in consideration — how businesses can apply, the maximum available amount and more — are in flux, La Grande City Manager Robert Strope said, calling it a “rapidly evolving idea.” But he plans to present the proposal — which is to make the city’s general contingency fund of $300,000 available through a loan program — to the city council at its April 1 meeting.

“In looking at our city’s budget, pulling that contingency and making those dollars available is something we could do,” Strope said.

If the council approves the program, the funds could serve as a stopgap of sorts for businesses that likely would have to wait longer to receive supplemental funding from either the state or federal level while dealing with the fallout of the efforts to curb the spread of COVID-19.

“I’m hoping we are able to respond faster than what we’re seeing happen,” Strope said, noting the plan would be for local funds to be available to business in days or weeks, rather than months.

La Grande Mayor Steve Clements said from what he has gathered from council members, he expects the loan program to get a thumbs-up.

“Given what I’ve heard, I’m fairly certain the council is going to support this,” he said. “It’s going to happen quickly. This will be available probably sooner than anything the state can put together, or the feds.”

Councilor Corrine Dutto said her hope is the proposal is “within our budget restraints,” and said it “has to be financially feasible and has to be fair.”

Strope also said the council will handle an emergency declaration at the April 1 meeting.

“What it will allow us to do is at a point and time where federal funding might become available — by having that emergency declaration in place — is help us qualify for funding,” he said. “It allows us to have a lot more flexibility in making decisions.”

Strope said with Gov. Kate Brown having already declared a state of emergency for Oregon, there wasn’t an immediate need for the city to do so as well.

The council last met in a regular session March 4. Clements said there hasn’t been discussion on having a special session or emergency session because of actions taken at the higher levels of government.

What the council has done, he said, is support the actions of city departments in adjusting their operations.

“There’s nothing really coming out from the council as a collection other than to support what the city departments are doing,” he said.

He added that even actions taken at the county level have helped, noting when he made a suggestion early to “put together emergency services,” he was told “the county handles all emergency management. They’ve been doing a really good job.”

To meet the governor’s mandates about public gatherings, the city will limit attendance at the April 1 meeting to 25 people and is encouraging residents to watch online. Councilors also can call in rather than attend in person. The council will not take public comment at the meeting.

Union County has one one confirmed case of COVID-19, and that reality isn’t a surprise to Clements, who added he’s encouraged by the response from the community to the calls for social distancing — staying at least 6 feet from another individual — and the most recent restrictions from Brown to stay home unless absolutely necessary.

“The people in this community seem to be handling it really well,” he said. “Downtown, the streets are pretty empty.”

Councilor Mary Ann Miesner encouraged city members to continue following those guidelines, noting she herself is doing so and staying home as much as possible.

“I hope people here are being serous and we don’t have somebody (say) ‘We can go do what we want to do,’” she said.

She said her hope is that residents will continue to be conscious of one another and be kind. She encouraged residents to help businesses as best as they can while still practicing those measures.

Dutto added the city is following what higher levels of government are proposing as it also tries to back the community.

Strope further encouraged city members to “stay home and try to help flatten this curve. On a personal level, be very conscious when you have to do shopping (by) being respectful of taking serious the social distancing, slowing down the spread and not putting others at risk.”

Clements added its important for citizens to stay informed.

“There are lots of good authoritative information sources out there,” he said, pointing to the Centers for Disease Control and Prevention, the Oregon Health Authority and Union County’s joint information center.

The mayor said he is confident the city will come though the crisis, pointing to how the region handled the Great Recession as evidence of its resolve and resiliency.