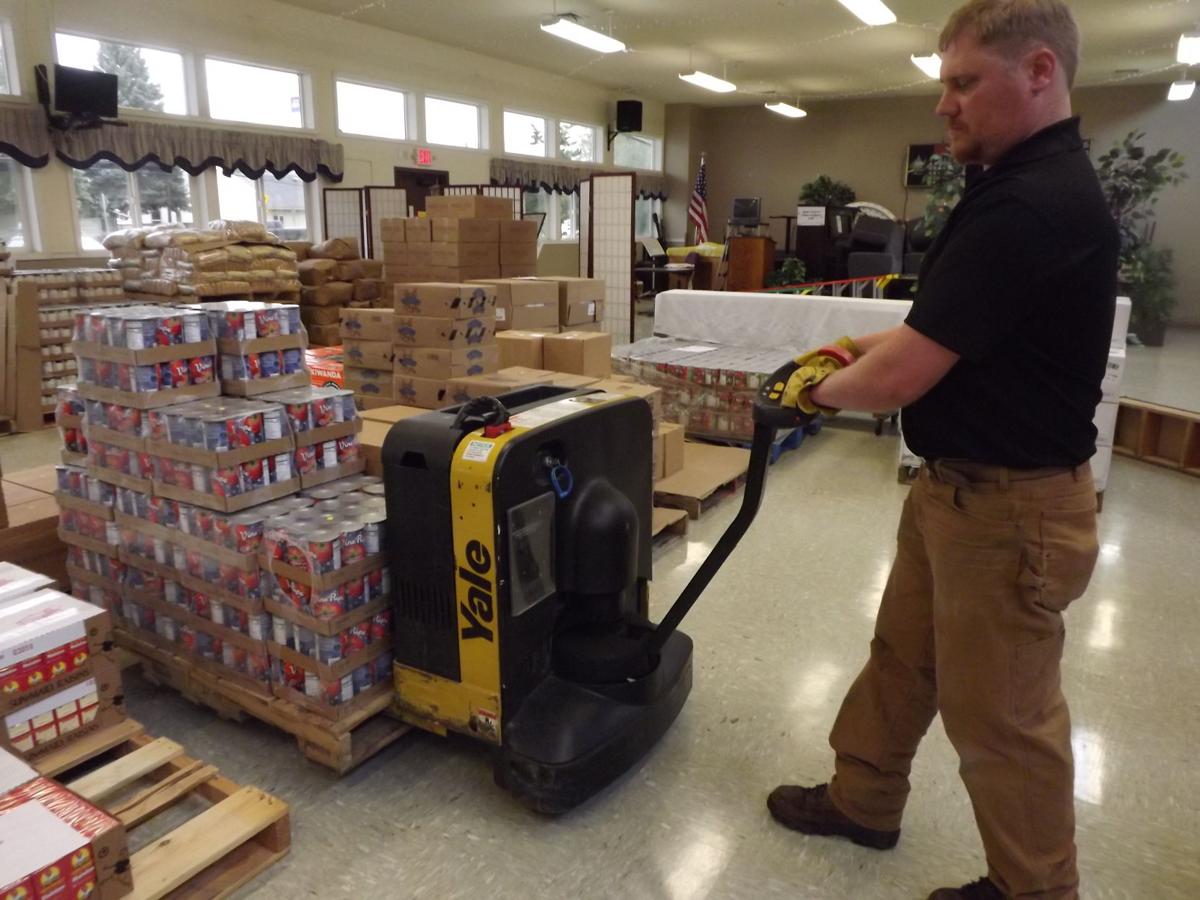 Thomas Houck, a food distribution and warehouse assistant with the Community Connection of Northeast Oregon Regional Food Bank, moves pallets of food Thursday in the dining hall of the Union County Senior Center. The food bank serving Northeast Oregon is receiving an additional 60,000 pounds of food each month and running out of space to store it all. 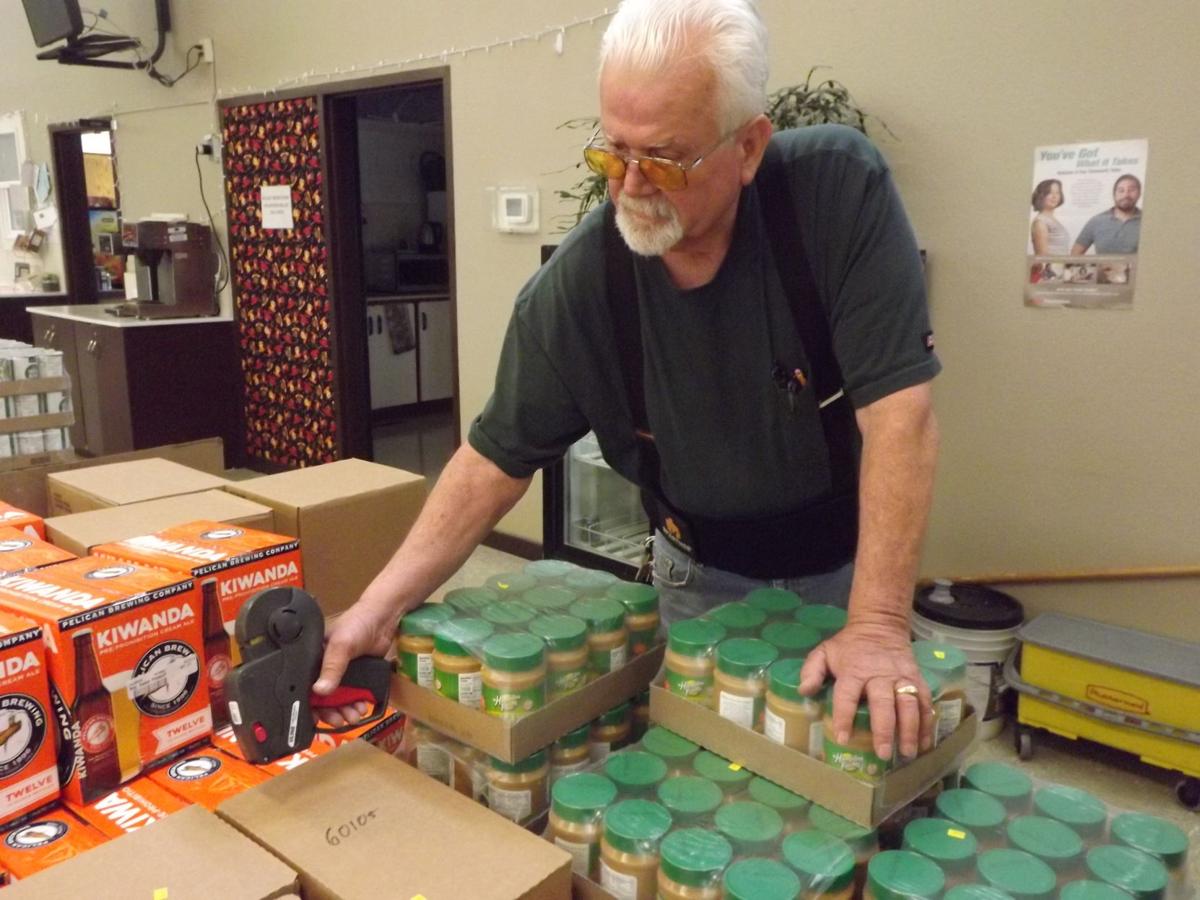 LA GRANDE — The Northeast Oregon Regional Food Bank in La Grande is not running short of peanut butter, rice and canned vegetables, but it is experiencing a space shortage.

The bank, based at the Union County Senior Center, is now receiving an additional 60,000 pounds of food a month to address a growing need in Northeast Oregon due to the COVID-19 pandemic. The extra food is more than the bank’s warehouse can handle, and the staff has been forced to move much of it into the dining hall of the senior center, where activities are no longer being conducted because of social distancing requirements.

Pallets of canned food stand where meals were enjoyed and bingo games played.

“We need more storage space. Most regional food banks moving as much food as we do each year have four times the storage room we have,” said Audrey Smith, manager of the Union County Senior Center and the food bank, which serves Union, Wallowa, Baker and Grant counties.

Much of the additional food the bank receives comes from the Oregon Food Bank in Portland. It also receives local donations.

The additional 60,000 pounds of food is helping the bank keep up with a stunning increase in demand that started when Gov. Kate Brown issued a stay-home order in mid-March, leaving thousands of the state’s residents unemployed. Smith said since the governor’s order, demands upon the regional food bank have almost doubled.

Smith said she believes the demand for food may increase in June. She explained the state significantly boosted how much funding recipients of Supplemental Nutrition Assistance Program benefits received, starting April 1. Unfortunately for those whose pocketbooks have been hit hard by the COVID-19 pandemic, SNAP benefits in Oregon, Smith said, will be trimmed back to their pre-April 1 level on June 1.

“In June we could really see a surge (in the need for food from food banks),” Smith said.

She said the situation may be exacerbated by the fact that by June many people will have already spent all of the money from their federal government stimulus checks for items such as rent and food. Smith is confident the Northeast Oregon Regional Food Bank will be able to meet the needs of the additional people it expects.

All food the bank receives in excess of its warehouse space will continue to be stored in the dining hall. Smith said she hopes a day will come when this space is no longer needed for food storage.

“No community should have to choose between space for food storage and their senior center’s dining hall,” she said.

But she is thankful to have the food storage option.

Community Connection of Northeast Oregon, which the Union County Senior Center and Northeast Oregon Regional Food Bank are a part of, is exploring options. These include buying a new building or building an additional warehouse. Smith said donations are being accepted for the warehouse project.

For information on making a contribution call the Union County Senior Center at 541-963-7532.