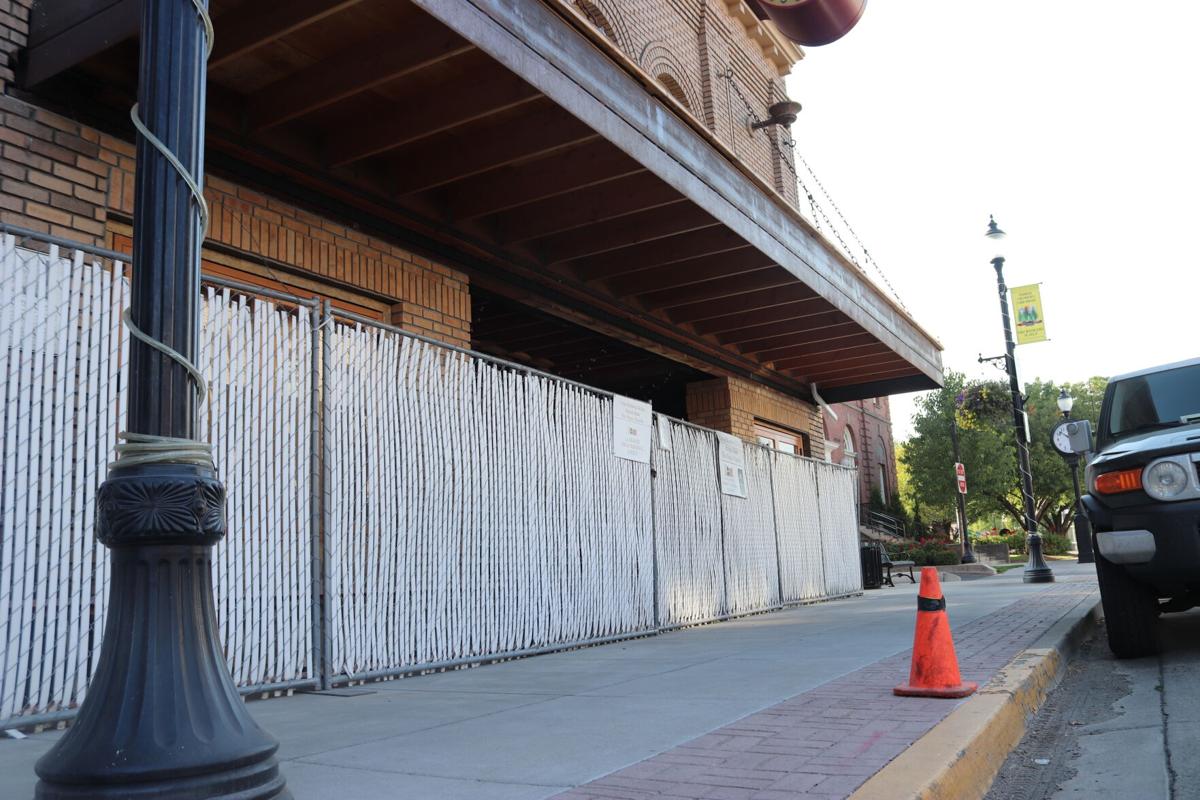 A traffic cone reserves a parking spot for construction workers on the 1100 block of Adams Avenue, La Grande. The city says the construction parking permit allowing the workers to use the spaces all day has expired. 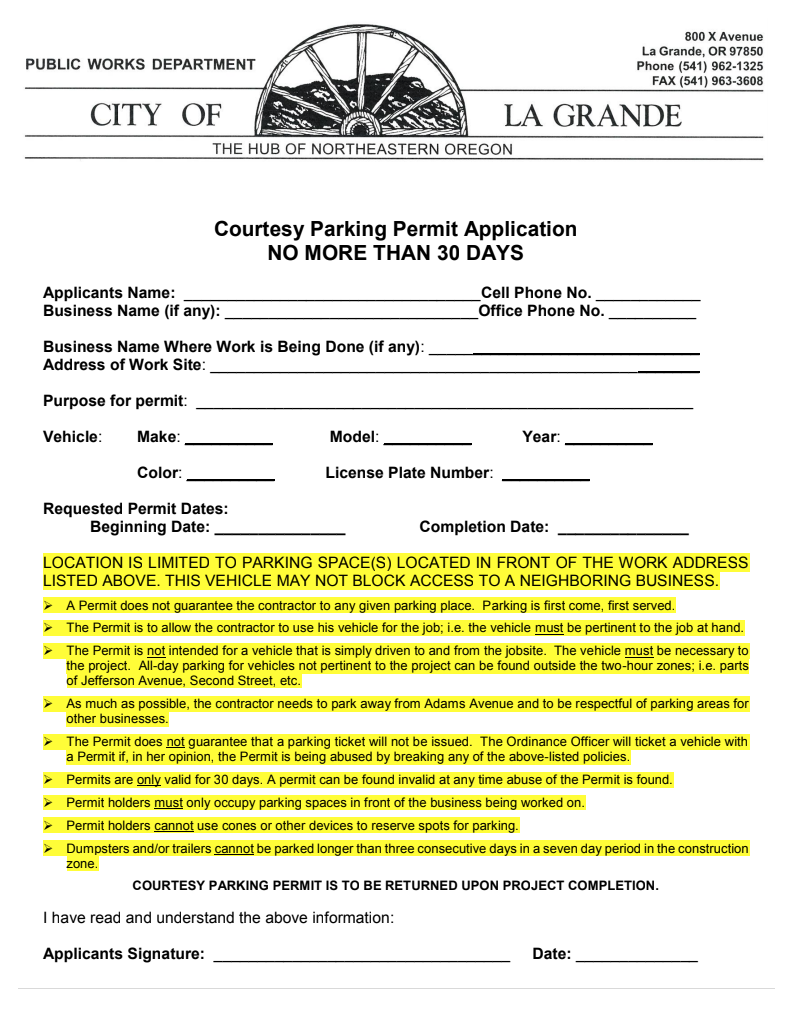 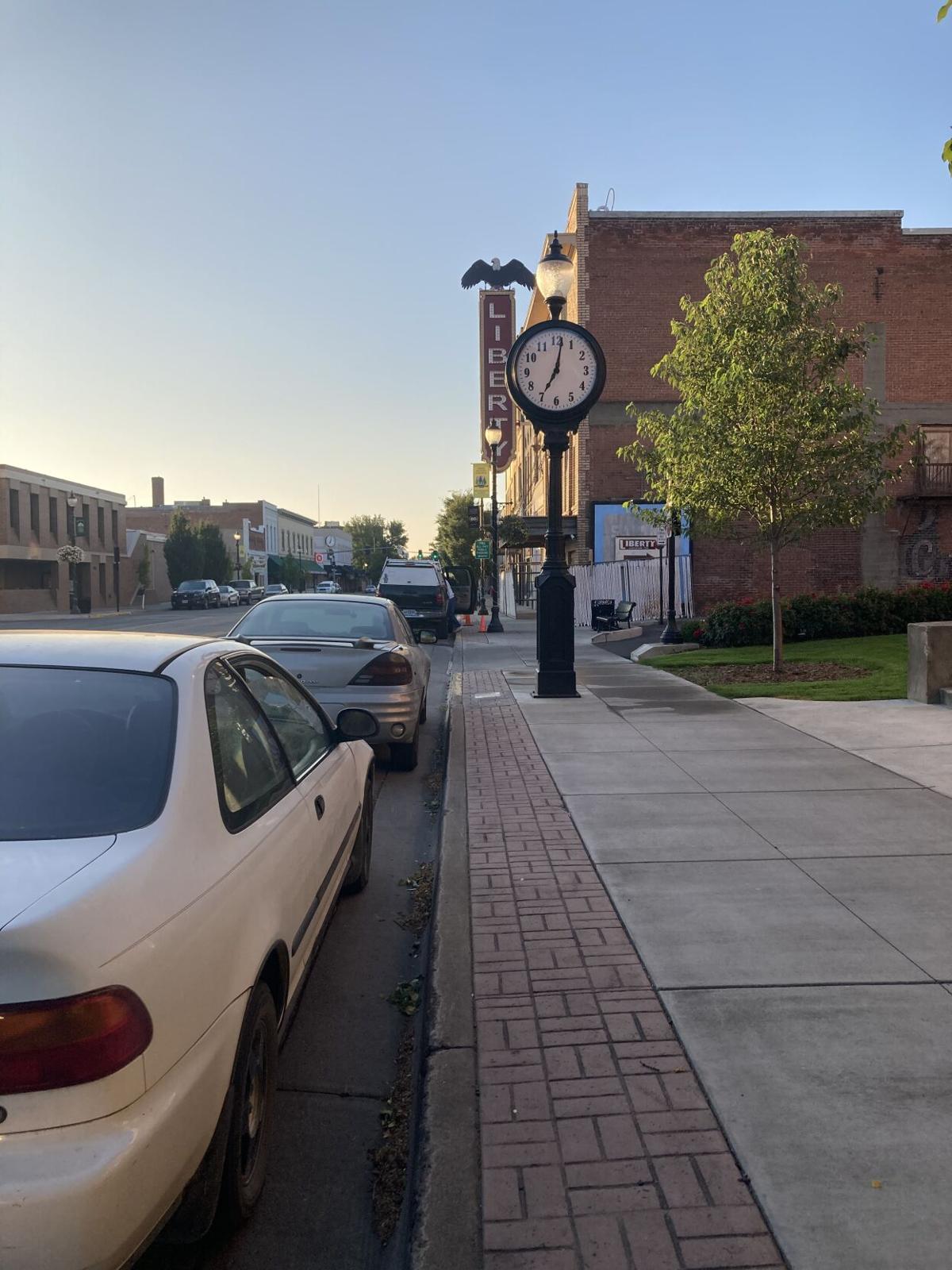 Parking in downtown La Grande on Adams Avenue has become more difficult since the city stopped enforcing parking violations due to COVID-19. Business owners said downtown residents and employees are parking for longer periods, taking spots that should be available for customers.

A traffic cone reserves a parking spot for construction workers on the 1100 block of Adams Avenue, La Grande. The city says the construction parking permit allowing the workers to use the spaces all day has expired.

Parking in downtown La Grande on Adams Avenue has become more difficult since the city stopped enforcing parking violations due to COVID-19. Business owners said downtown residents and employees are parking for longer periods, taking spots that should be available for customers.

LA GRANDE — The construction crew working on the Putnam Building in downtown La Grande is taking up parking spaces without a permit.

That’s according to the La Grande Public Works Department, which issues parking permits for construction work on projects in the town’s zones that limit parking to two hours at a stretch Monday through Saturday, 8 a.m. to 6 p.m.

The work at the Putnam on the south side of the 1100 block of Adams Avenue has been going on since 2019. The crew there daily places traffic cones to reserve two parking spaces.

Dan Davenport, owner of Quiet Life Construction, the prime contractor for the Putnam Building project, said the company is granted two spaces to park every month through their permits.

“It is hard to find parking for my guys and the subcontractors,” Davenport said. “There are issues with proximity to the building they’re working on.”

However, according to public works secretary Dana Knudson, the permit specifies construction workers are not allowed to reserve their spot with traffic cones.

Also, Knudson said, the construction parking permit has expired. Knudson said there would be no violation if a resident moves the cones to park in that spot instead, which downtown residents have started doing the past few weeks.

La Grande Economic Development Director Christine Jarski said the public works department has asked contractors not to park in front of the building.

Davenport said his contractors and the subcontractors working on the project have tried to park away from Adams Avenue. At one point they considered parking in the lot behind the GC Asian Fusion restaurant, but they were told by the city it was not allowed.

Davenport said they park in front of the Frontier Communications building on the other side of Adams Avenue whenever possible.

Finding parking in downtown La Grande on Adams Avenue has been a problem for longer than a decade. Customers coming to shop, residents who live downtown and employees of businesses scramble for the limited number of parking spaces.

Ashley O’Toole said he is well acquainted with downtown’s parking issues. As a member of the La Grande Parking and Traffic Safety Advisory Committee, a property manager of several downtown properties and the president of the Liberty Theatre Foundation, the nonprofit renovating the old theater in downtown, O’Toole said he experiences the situation from both the business and the resident side.

“A parking shortage downtown has been a known problem for as long as I have lived here in La Grande,” O’Toole said. “I moved here in 2012, and that was one of the first things I heard about. I know that as buildings like the Pennington’s and other buildings downtown have been developed to have apartments upstairs, it’s only making it worse. We love to see more people living downtown, we love to see more foot traffic and our retailers love that kind of stuff, but it adds to the already existing parking pinch.”

The city on March 20 put a hold on parking enforcement due to COVID-19. The order asks residents downtown to work from home and stay in their residence as much as possible, which means those living downtown are parking in front of their buildings for longer stretches of time.

“I wish they would consider using side streets,” she said. “I understand not enforcing the parking due to COVID, I just wish residents would be a little more considerate.”

Hannah Rose, owner of Faerie Beads & Treasures, 1102 Adams Ave., said due to the lack of enforcement of the two-hour limit, foot traffic to stores has slowed down. She said Faerie Beads reopened Thursday, Sept. 10, to walk-in customers after months of operating by appointment only.

Residents not only take up parking, said Beverly Calder, owner of Bella, 1216 Adams Ave., but professionals and employees who work downtown exacerbate the issue.

“Easy access to parking is the lifeblood of a small business,” Calder said. “People won’t drive around the block three times to wait for a spot to open up — they will just leave.”

In 2020 the city has made $1,463 off downtown parking citations, while in 2019 the total was $6,132. These figures do not include other citations for parking outside of the downtown area.

“We plan to engage the business community prior to resuming the enforcement of the two-hour parking limit,” Jarski said. “We have not set a target date for that transition but will be sure to widely publicize the change when we get to that point.”

Sioux City school board member, family live through COVID-19: 'It is not like the flu'