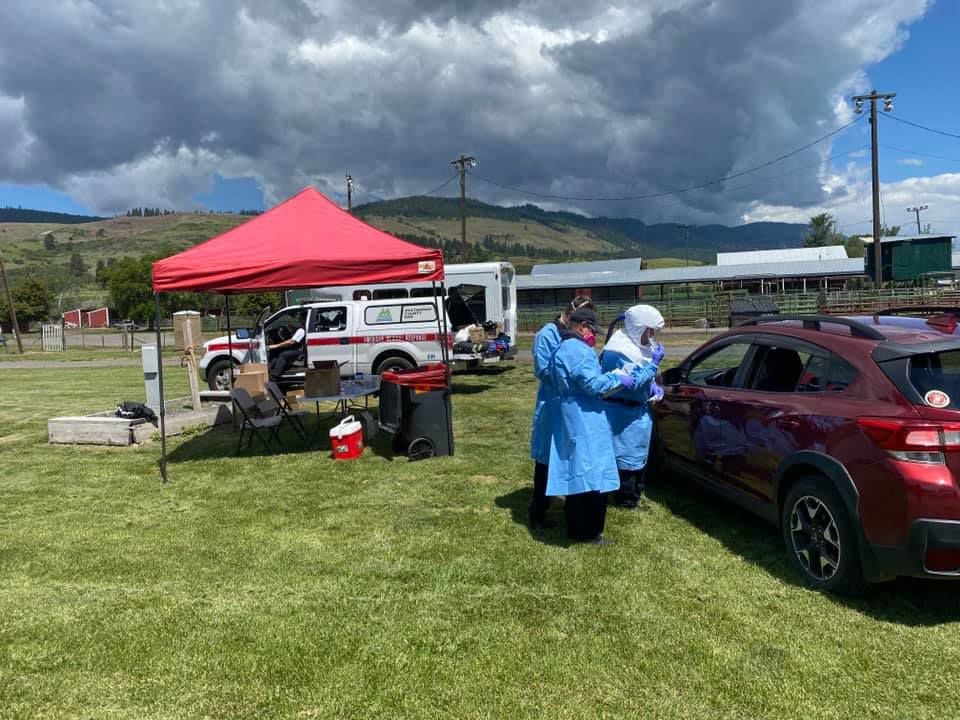 Workers prepare a swab test for COVID-19 during a drive-thru clinic in June at the Union County Fairgrounds, La Grande. The county’s positive test rate for the novel coronavirus in November ranks among the worst in Oregon. 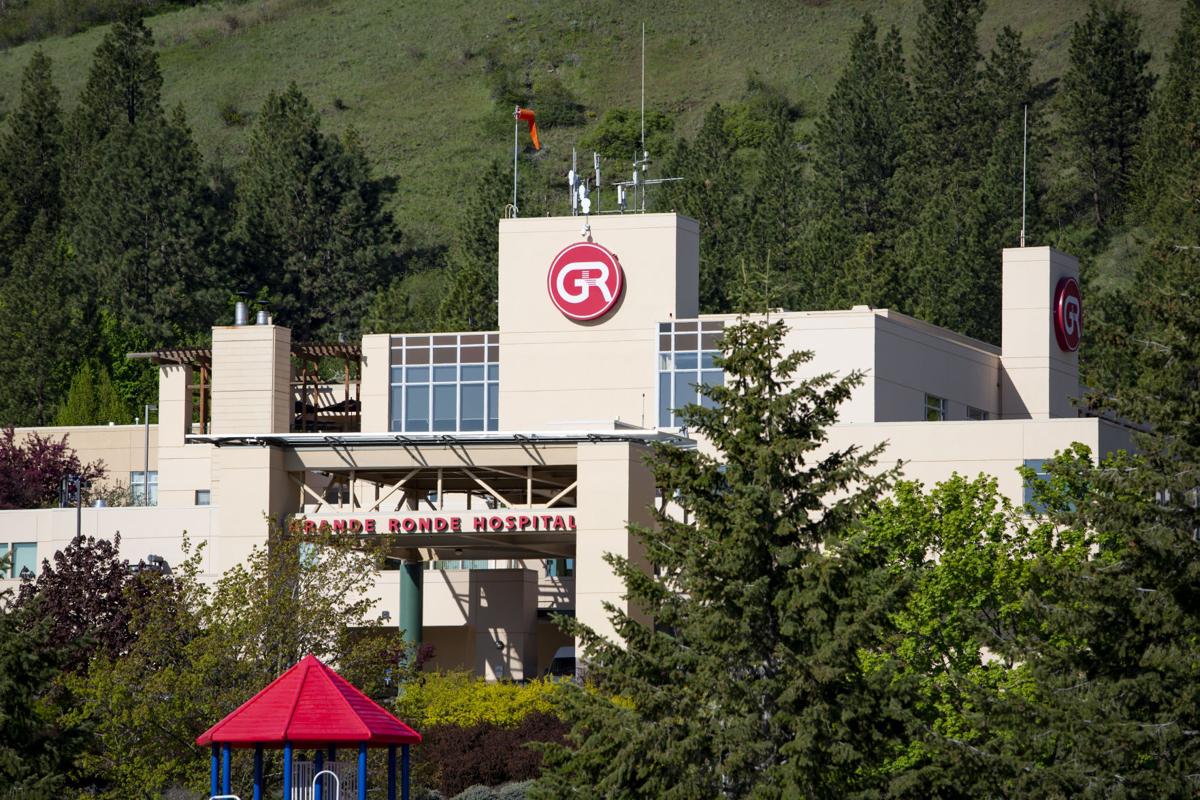 UNION COUNTY — While COVID-19 cases pummeled population centers and coastal areas in Oregon and across the U.S. earlier this year, Union County went largely unaffected. Daily case counts regularly reported one or zero new coronavirus infections, and double-digit days were almost unheard of locally, with the exception of one outbreak related to a religious gathering.

That is no longer the case.

COVID-19 infection rates continue to skyrocket around the country. Oregon went from a previous record-high 571 daily cases to now reporting more than 1,000 daily cases multiple times in the past week. Friday the Oregon Health Authority reported yet another one-day record high for new and presumptive cases — 1,306.

And as went the state and the nation, so went Union County. The county had another 17 cases Friday, bringing the county’s total to 655. Union County now ranks among the most-infected counties in the state.

In the eight months between the beginning of March and the end of October, Union County’s Center for Human Development, which serves as the public health department for the county, reported 493 total cases of COVID-19. Over the following 20 days, CHD reported an additional 162 cases.

Residents of Union County have seen a dramatic change in the month of November, during which cases have jumped more than 29%. Union is now the fifth-most-infected county in the state per capita. With a population of about 27,000, one out of about every 41 residents of the county has caught COVID-19

Only Malheur, Umatilla, Morrow and Jefferson counties have higher rates of infection than Union. While population-dense counties such as Multnomah and Washington report a great many more total cases, coronavirus infections now are relatively more common within the rural population of Union County.

Malheur County remains the most severely affected county in the state per capita. The county’s health department reported it has a daily positive rate of 22%on COVID-19 tests. The sparsely populated county also has recorded 39 deaths.

Those numbers relate to the pandemic overall, since March. However, when more recent trends in test positivity are highlighted, they illustrate a startling reality.

For comparison, during that same time period Multnomah County’s positivity rate was 13.3%, and Malheur County, which was experiencing the worst per capita outbreak in the state, tested positive at 28.2%.

Across the state and in Union County specifically, the numbers show the pandemic is deepening in its severity, and the consequences have been manifold.

Grande Ronde Hospital reimplemented restrictions on visits to patients that it had rolled back earlier this year. The hospital also reported in a Tuesday press release that its workforce had been “impacted” by COVID-19. On Wednesday, OHA reported six cases related to a workplace outbreak at the hospital.

While the hospital remains well-stocked with personal protective equipment and said it expected no disruptions to its service, hospitals in the region and across the state are carrying heavy loads.

Oregon’s hospital capacity is tracked by region. Union, Malheur, Baker, Wallowa, Umatilla and Morrow Counties make up Region 9, where availability for staffed intensive care unit beds has fallen to just over one-third of total capacity, with only 10 ICU beds available in the region as of Thursday, according to data from the OHA.

Nearby Region 6, which includes The Dalles and Hood River, had only four of their 10 ICU beds available, and Region 7, which includes most of Central Oregon, had space in only five of their 49.

With hospitals approaching capacity across the state and in neighboring states, the once-heralded phrase “flatten the curve” has become perhaps more relevant than ever before.

Throughout the public health crisis, public health officials have pleaded with the public to practice proper pandemic hygiene: social distancing, hand washing, minimizing social interactions and working from home whenever possible. Despite warnings from officials, COVID-19 has exploded across the country and state and within the county.

Outbreaks took hold this month in La Grande at the Wildflower Lodge Assisted Living Community and Grande Ronde Hospital. Cases have reached La Grande, Union, Cove and Imbler school districts, and some of those districts have returned to online learning formats.

Gov. Kate Brown placed the entire state of Oregon under a two-week “freeze” that began Wednesday, Nov. 18, and extends through the Thanksgiving holiday. The order restricts restaurants to takeout and delivery services, closes gyms, fitness centers, theaters and museums, and prohibits indoor visitation at long-term care facilities, among other mandates. With Thanksgiving around the corner, the Oregon Health Authority is pleading with Oregonians to limit the size of their holiday gatherings.

Additionally, Oregon, Washington and California issued travel advisories against nonessential out-of-state travel and are asking travelers to self-quarantine for 14 days after arriving at their destination.

The COVID-19 pandemic has killed more than a quarter of a million people in the U.S. and has infected more than 11 million.

Thanksgiving dinner hosted by person who unknowingly had COVID