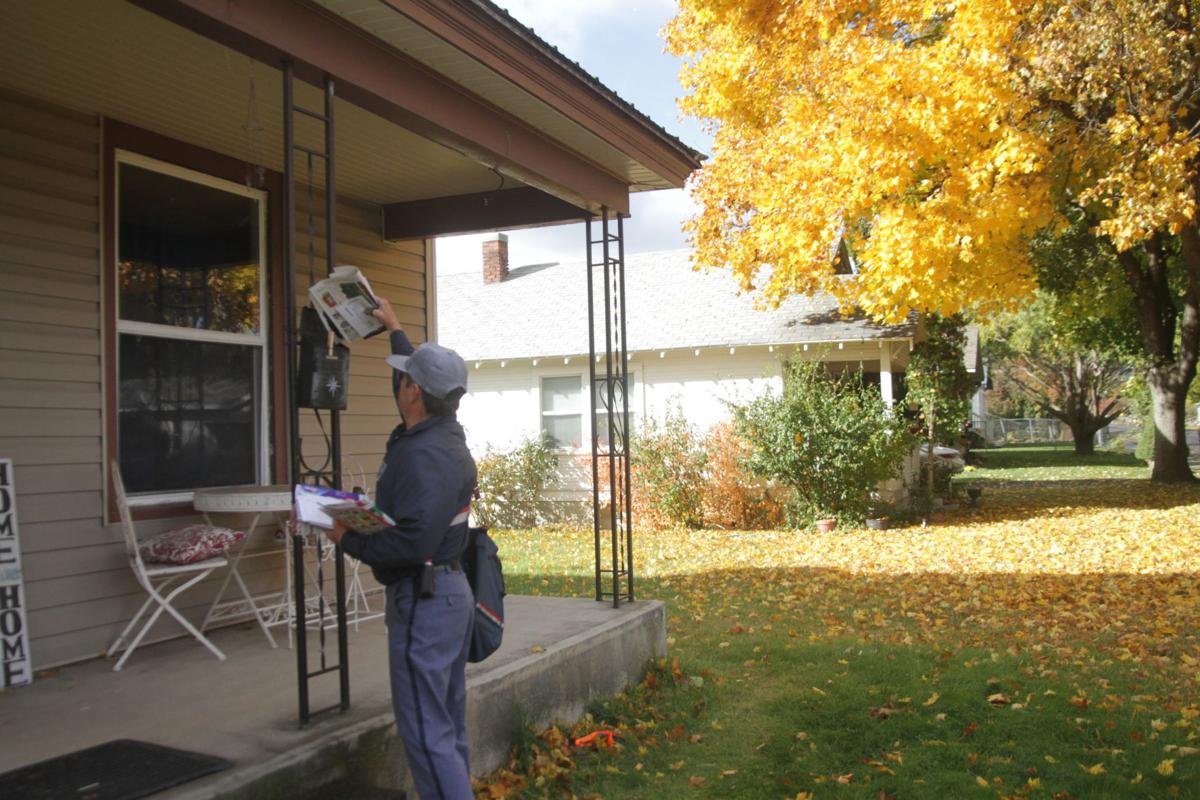 Mail carrier Tom Colton delivers parcels in October 2019 to a home in La Grande. Interest in vote-by-mail has grown over the past few months, but U.S. sen. Ron Wyden of Oregon has ben trying to get a national mail-in ballot system for nearly two decades. 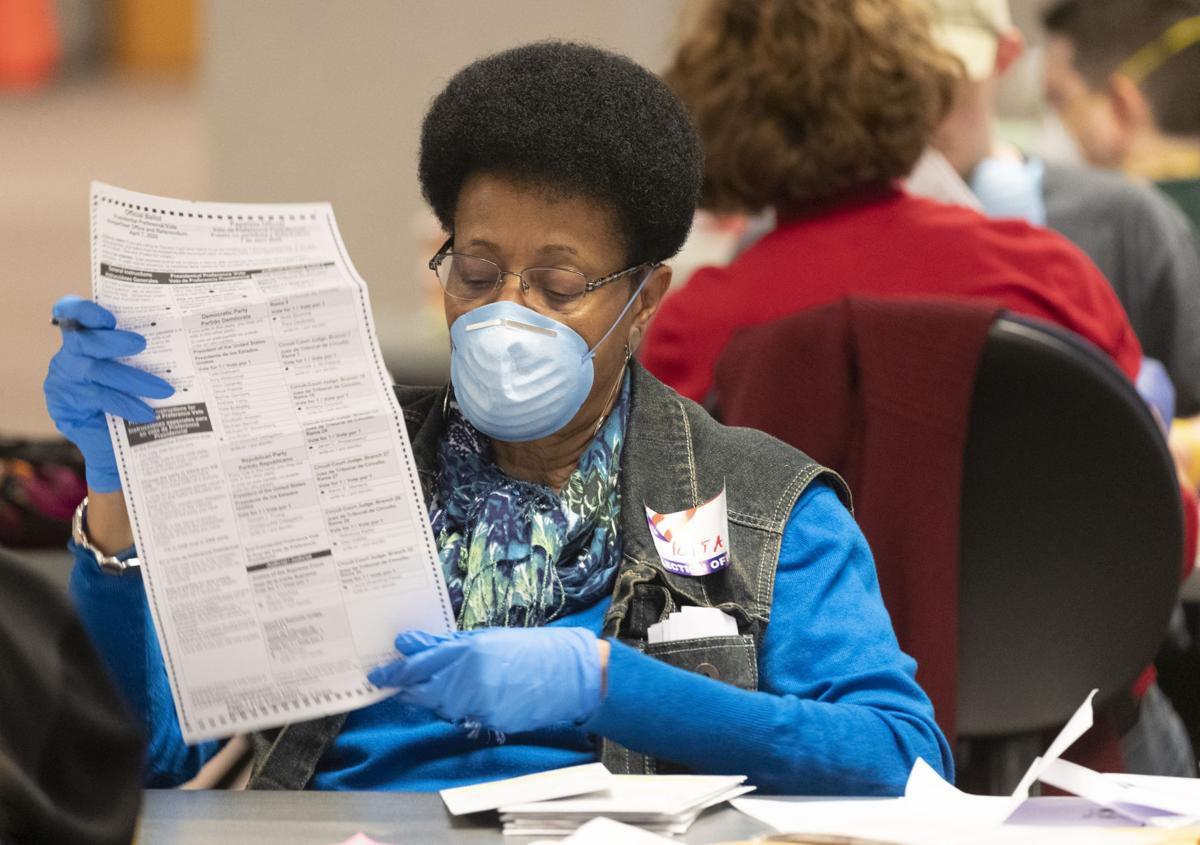 Mail carrier Tom Colton delivers parcels in October 2019 to a home in La Grande. Interest in vote-by-mail has grown over the past few months, but U.S. sen. Ron Wyden of Oregon has ben trying to get a national mail-in ballot system for nearly two decades.

WASHINGTON — As more than a dozen states postponed their primaries to prevent further spread of COVID-19, Oregon Secretary of State Bev Clarno has been resolute in maintaining Oregon’s May 19 primary.

“Because Oregon votes by mail we do not have to be concerned about social distancing issues at polling places that so many other states are struggling with,” she said in a March 19 statement. “Many states are looking to implement our vote-by-mail system as a safer way to conduct elections in November.”

When Oregon voters approved vote by mail for all federal, state and local elections in 2000, they unwittingly created a voting system that could withstand a pandemic.

Interest in vote by mail has grown over the past few months, but U.S. Sen. Ron Wyden, D-Oregon, has been trying to get a national mail-in ballot system for nearly two decades.

While Wyden has long promoted vote by mail as a way to ensure elections were both accessible and secure, he’s now highlighting a new sense of urgency with the onset of the novel coronavirus.

“I think now, a lot of officials, Democrats and Republicans at the local level, are seeing that, given the health care challenges of our times, it may come down in the fall — pray that it’s not the worst case analysis — to a choice between voting by mail or not voting at all,” he said in an interview with the East Oregonian on Monday.

But the concept also has drawn a strong backlash from President Donald Trump and congressional Republicans.

On March 30, Trump told Fox News that if national vote by mail was passed, “you’d never have a Republican elected in this country again.” He followed that up with an April 8 tweet where he said mail-in votes “doesn’t work out well for Republicans.”

Wyden rejected the argument that vote by mail provided a partisan advantage, noting it wasn’t backed up by political science research or historical evidence.

“By the way, vote by mail originally was backed in Oregon by Republicans,” he said. “Then, when I won the special election, everything changed. Republicans didn’t like vote by mail, Democrats did. Oregonians said nuts on all of you partisans. We’re just going to put on the ballot, and we have seen strong support in both political parties.”

Wyden said he was the first U.S. senator to win a vote-by-mail election, but former Republican Sen. Gordon Smith was the second. Colorado passed vote by mail in 2013, and a year later, voters elected GOP Sen. Cory Gardner over a Democratic incumbent.

Vote-by-mail critics, including Trump, also have said a vote-by-mail system would create more voter fraud, but Oregon’s history with the process hasn’t borne that out.

Between vote by mail’s inception and the 2006 general election, the state has prosecuted only four voter fraud cases, according to a fact sheet from the Oregon Secretary of State’s Office.

More recently, the late Secretary of State Dennis Richardson, a Republican, studied voter fraud in the 2016 presidential election. His office found that of the more than 2 million votes cast, only 0.002% could be identified as “suspicious,” meaning the ballot also was cast in another state, came from a dead person or was cast twice.

Steve Trout, the elections director for the Oregon Secretary of State’s Office, in an email stated there were 22 total convictions or guilty pleas from the 2016 election. Since 2006, Trout said the office has dealt with a few fraud cases each election cycle.

While U.S. Rep. Greg Walden, whose Second Congressional District spans both Umatilla and Morrow counties, has been elected several times through vote by mail, he’s joined his Republican colleagues in opposing a national vote-by-mail system.

In an interview with Politico, Walden called implementing national vote by mail a “recipe for disaster,” because states would have only a few months to put it into place, rather than the “multi-decade experience” Oregon went through.

The Oregon Legislature passed a law allowing local elections to be conducted by mail in 1981, and in the ensuing years, the state would expand the system to include special elections and primaries.

After the Legislature failed to pass a vote-by-mail system for all elections, Oregon voters passed Measure 60 in 1998 with nearly 70% of the vote and majorities in every county.

Wyden said the difference between now and the early 2000s is many states already are moving toward expanding mail-in voting, so many states wouldn’t be pioneering a new method like Oregon did.

“Back in 2002, we had so many states that said, for example, you had to have an excuse, in order to vote by mail,” he said. “A lot of states have gotten rid of that kind of thing. So basically, what I’m talking about is not reinventing the wheel. It’s basically upscaling what we’re already doing.”

Despite an attempt by the governor to delay the primary, Wisconsin went through with its primaries on April 7, an event that was on Wyden’s mind when he said he would make a strong effort to include a national vote-by-mail system in a future COVID-19 economic relief package.

“I want people to know I am going to fight with every ounce of my strength to get vote by mail in the next COVID package, because I don’t want to see all over this country in November, another gross spectacle, the way we saw in Wisconsin, that is putting the safety and well-being of Americans on the line,” he said.