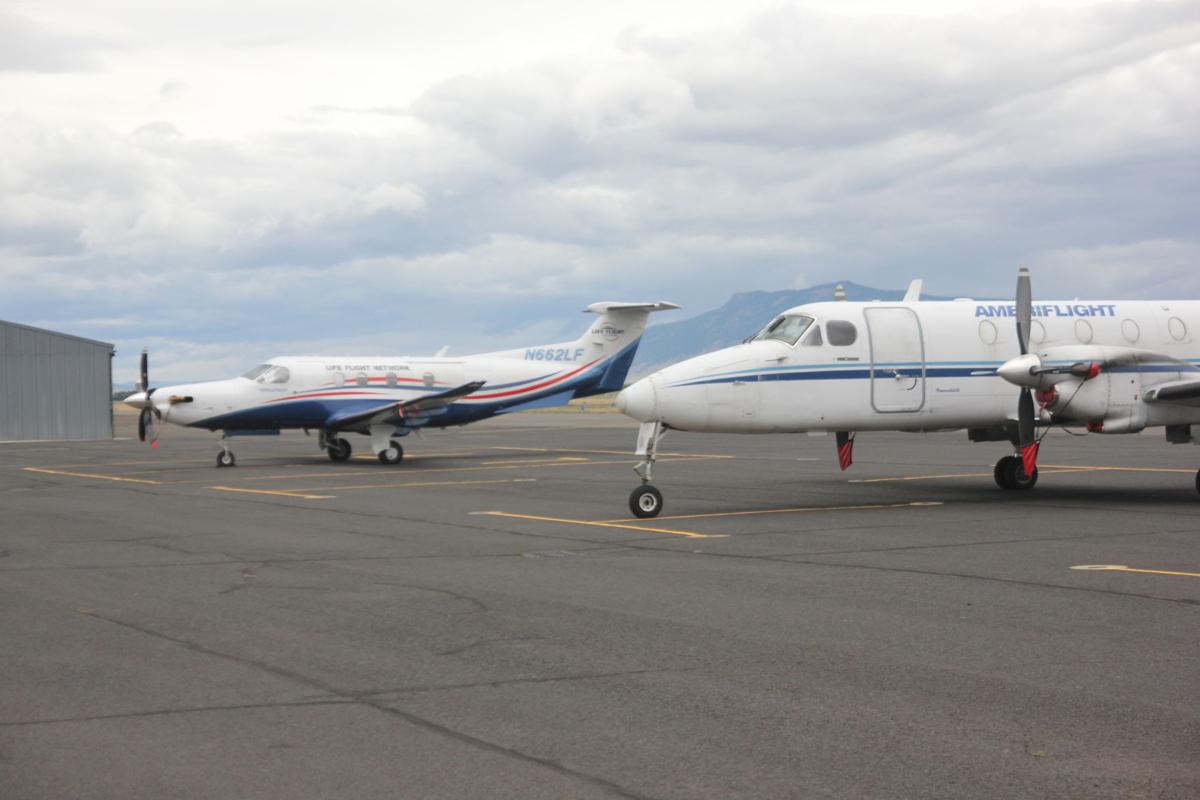 A LifeFlight and an Ameriflight plane sit on the apron in front of Runway 16-34 Monday afternoon at the La Grande/Union County Airport. The facility will undergo more than $5 million in upgrades with a federal grant. The project will shift Runway 16-34, the main runway at the airport, 500 feet to the south. 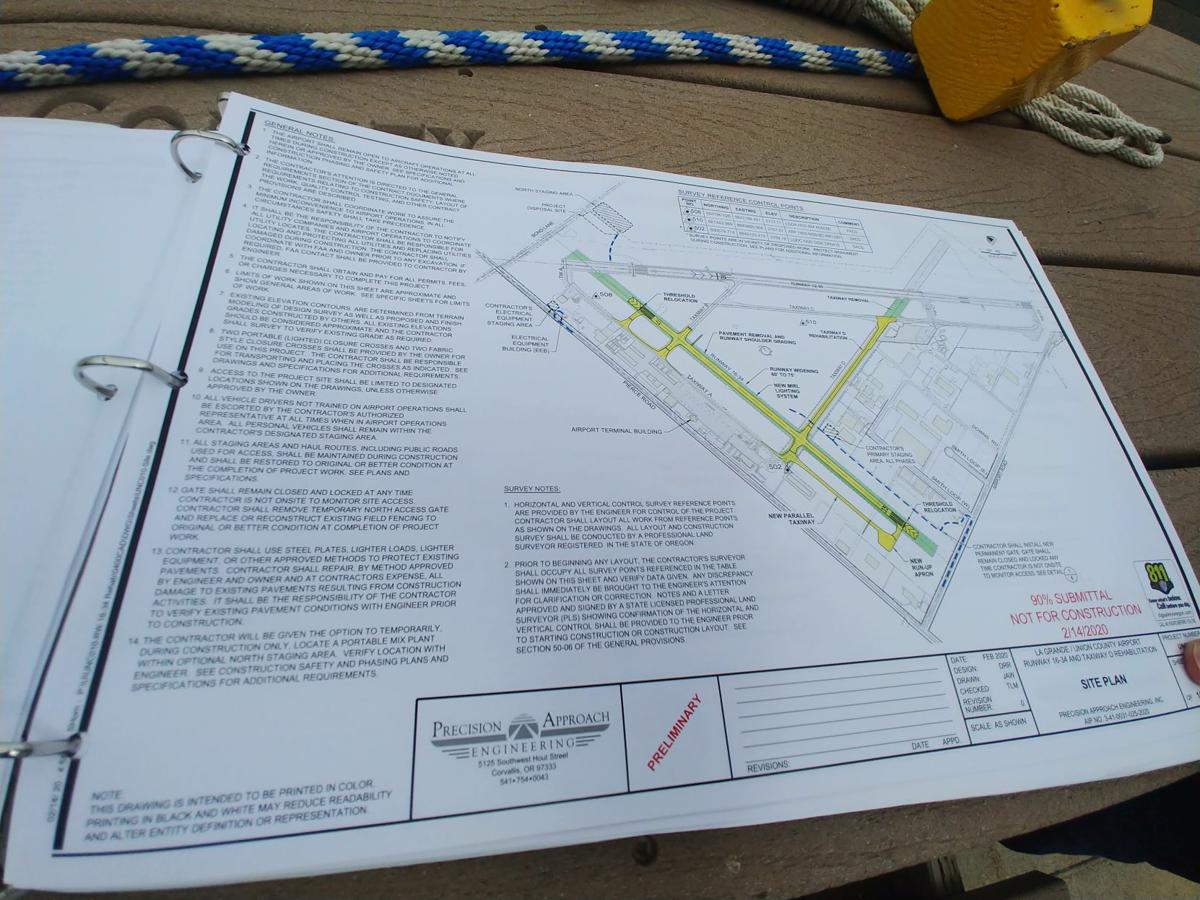 This blueprint of the La Grande/Union County Airport shows, in yellow, the main runway and taxiways that are getting a major rehab with federal grant funding.

LA GRANDE — The main runway at the La Grande/Union County Airport soon will undergo a major improvement — and get a new number.

Oregon U.S. Sens. Ron Wyden and Jeff Merkley announced Friday that rehabilitating the runway, No. 16-34, is the main project at the airport that will be funded by a portion of more than $9 million in federal grants to four small airports in the state.

“These federal investments in local infrastructure are always important, and especially now when rural Oregon is working overtime to deal with the economic impact of the COVID-19 crisis,” Wyden said in a press release.

Of the $9.1 million grant, the airport just southeast of La Grande will receive $5.62 million, the largest share of the funds.

“It sets us up for the next 20 years so that our airport is in good shape,” said Doug Wright, Union County public works director. “We’re very fortunate to have this project.

Wright said the Federal Aviation Administration had flagged the north end of the roughly 3,400-foot main runway as a safety concern, so a large portion of the grant will cover the cost of adding 500 feet of runway to the south end.

“The center section of the runway is still in good shape,” Wright said.

The adjustment to the runway also will result in a number change to 17-35 because of its positioning.

Improvements and changes also will be made to the taxiways in the airport — in particular, taxiway D — and lighting also will be added to the main runway to help guide in LifeFlight or cargo carriers, such as FedEx and UPS, that come in at night. Taxiway A also will be extended to allow for a new run-up to the new portion of the runway.

Union County Commissioner Paul Anderes said the work is important because it will help modernize the airport.

“The airport in my view is one of those things that is kind of a sleeper within our county. There is much more activity out there than at first glance,” he said, pointing not only to the cargo and LifeFlight transportation that takes place from the airport but also its use during fire season and by “what I would call a robust general aviation” of personal pilots who use the airstrip.

Wright said improvement projects are identified through an airport master plan. It includes a five-year plan that he reviews with the FAA annually, and this improvement has been on the radar.

“We’ve been working on this project for sometime now because it’s been identified,” he said.

That identification is necessary to qualify for funds from the federal government.

“I just really appreciate that we got bipartisan support. It’s exciting,” Anderes said. “We’re going to be able to move forward on the project and make the airport a better place for us.”

The coronavirus pandemic stalled plans for the start of the project. Wright, though, said he is hopeful work can begin in July, and said the targeted completion date is June of next year.

“COVID-19 did delay things with what was going on with FAA, (but) we’re still on track.”