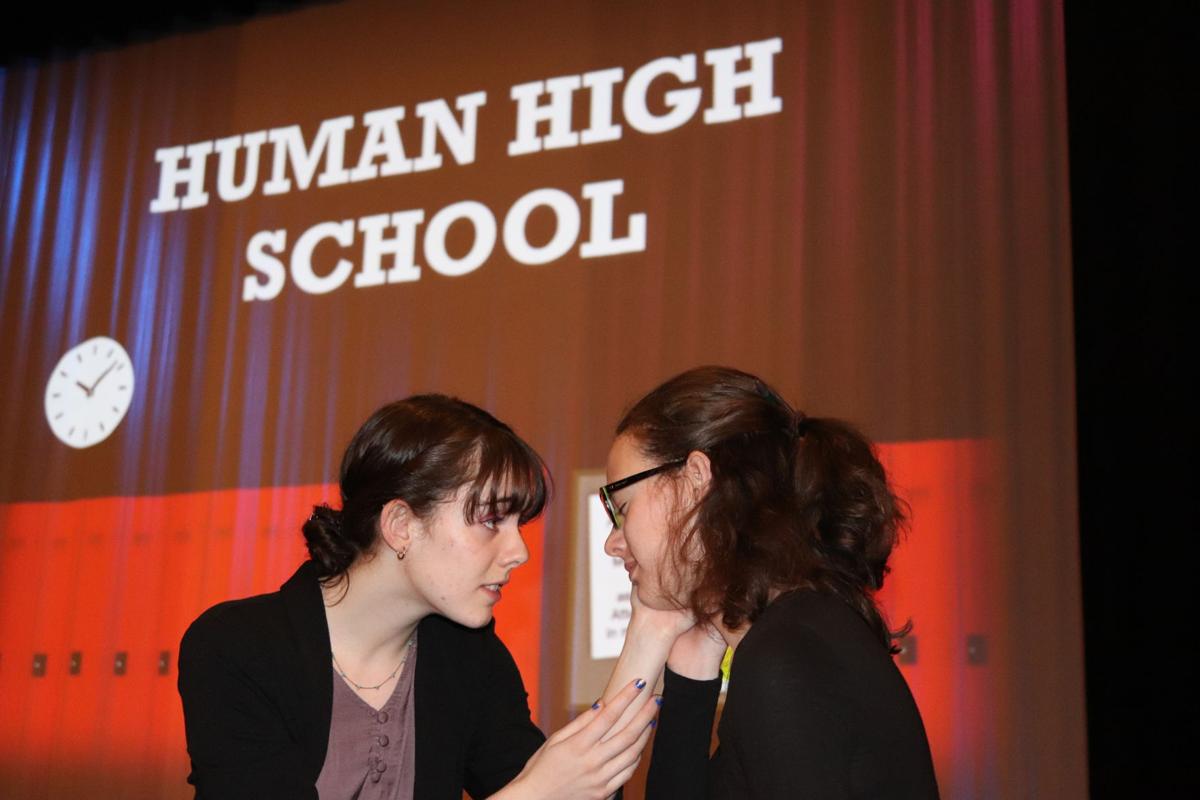 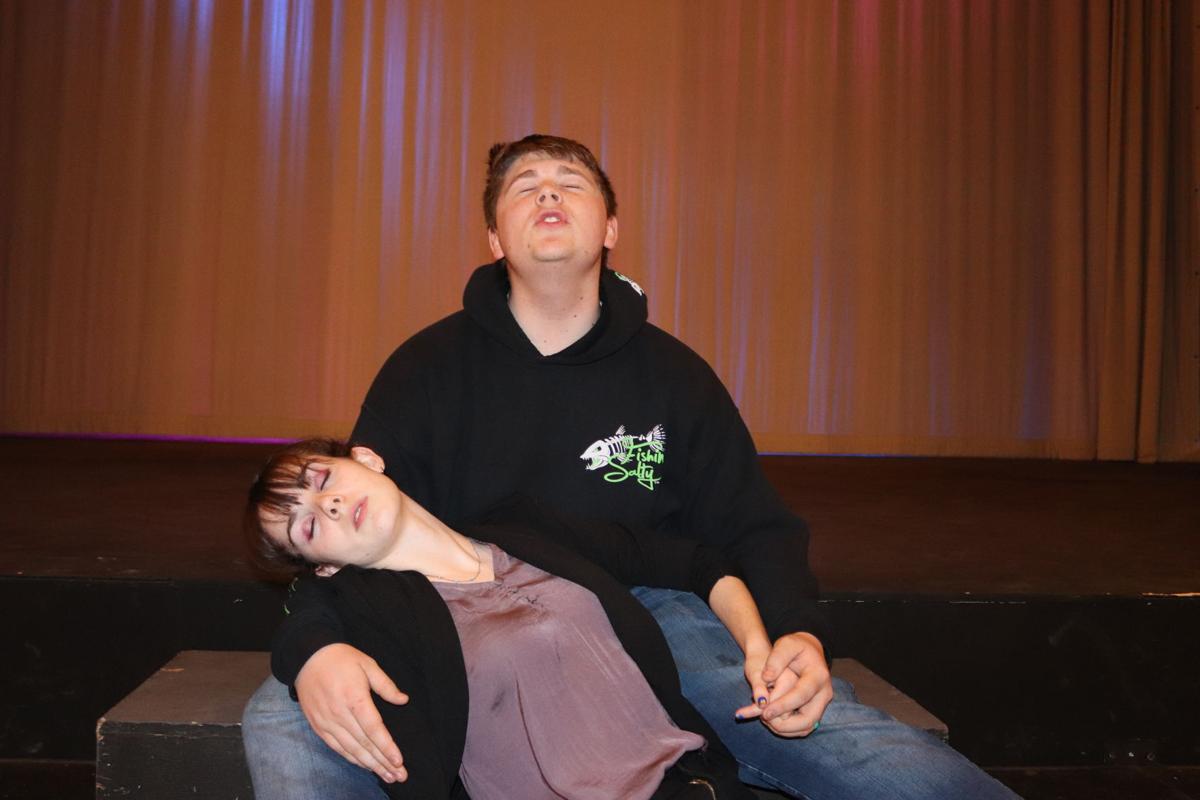 "The play is a sci-fi drama," Cahill said, "and film buffs will be reminded of classic B movies, particularly 'Invasion of the Body Snatchers,' in that it is a very similar story line."

The play unfolds at Human High School, an educational institution that has been taken over by aliens. The show follows three students and their guidance counselor as they fight off a full invasion. There are some differences in this production compared to the one from a decade ago, primarily due to changes he made to the script during rehearsals.

"When I reopened the play, I decided to tinker with it and rewrote a portion of the play," Cahill said. "Doing this, I think, gives the students a window into the process of the production and removes a degree of abstraction."

Cahill also is the director of this performance. He explained this allows students to ask questions directly about the intention of a particular scene or line of dialogue, and it provides for more improvisation and collaboration on rewrites because he can  immediately assess the actors' ideas.

"This way of working is much closer to the industry workshop model," Cahill said.

The director also said in producing an original play he tries to consider audience and student enjoyment. If the student actors are really liking the work, which he believes they are, the audience will, too. Also, by having a story that involves student life, rather than requiring students to play characters twice their age, the production and characters become more accessible to the actors and the audience.

The production has been in rehearsal since the end of January, a quick turnaround time Cahill prefers.

"I believe the number of hours invested in a production does not necessarily improve the quality," he said.

The biggest hurdle the production has overcome, besides an evolving script, has been technical elements. The show involves projections of images and video, requiring the crew to learn how to work a system they were unfamiliar with.

"Part of the show has to do with a theme of surveillance of the population," Cahill said. "The screens and projections are a tool to show that."

The set for the play is minimal, a signature style for Cahill as it allows for the focus to be on the performers.

"I am an acting-driven director," Cahill said. "I like to see what I can coax out of my actors."

One of the students in the production echoed this idea when talking about his experience working with Cahill. Jacob Moseley, a senior who will portray one of the male leads, Greg Shropshire, said the director has pushed him to test his limits.

"Cahill has helped me see what kind of acting I can do," Moseley said.

Acting alongside Moseley is senior Maia Vandervlugt, who is making her debut performance on the La Grande High stage after years of performing with the Elgin Opera House. She plays the counselor the students recruit to stop the aliens. Vandervlugt appreciated the opportunity to further develop her character by working directly with the playwright.

"It is great that we get to see a different side of our characters and get further in depth with them," she said. "There is always a story to discover in your character, and it was nice to see what Cahill was envisioning in order to delve deeper."

Another unique aspect of the show is Cahill's plan to invite students to come onstage each night to act as background characters, no rehearsal necessary.

Tickets for the show are $5 at the door of the La Grande High School Auditorium.