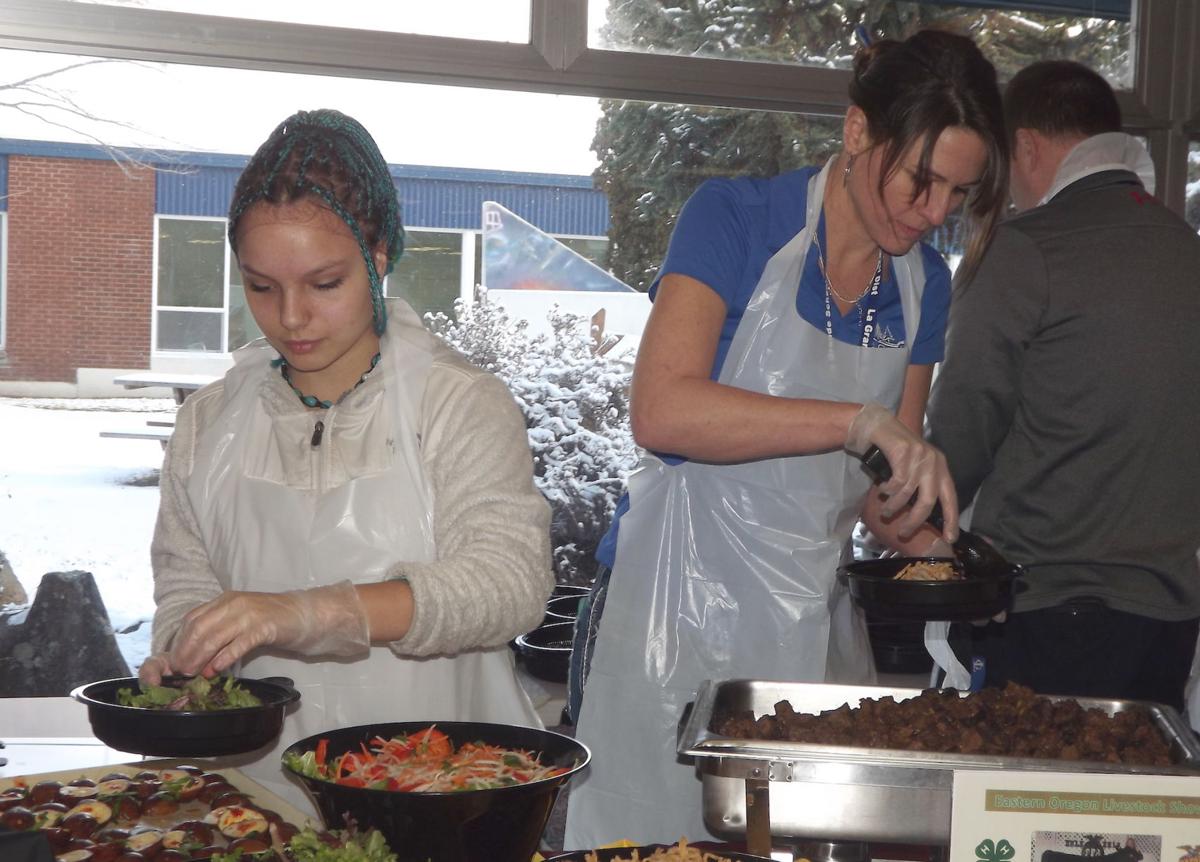 La Grande High School student Katie Crowson and school district employee Melissa Reagan help prepare Thursday’s Vietnamese lunch at the school. The meal is part of an effort to expose students to foods and cultures they may not know. 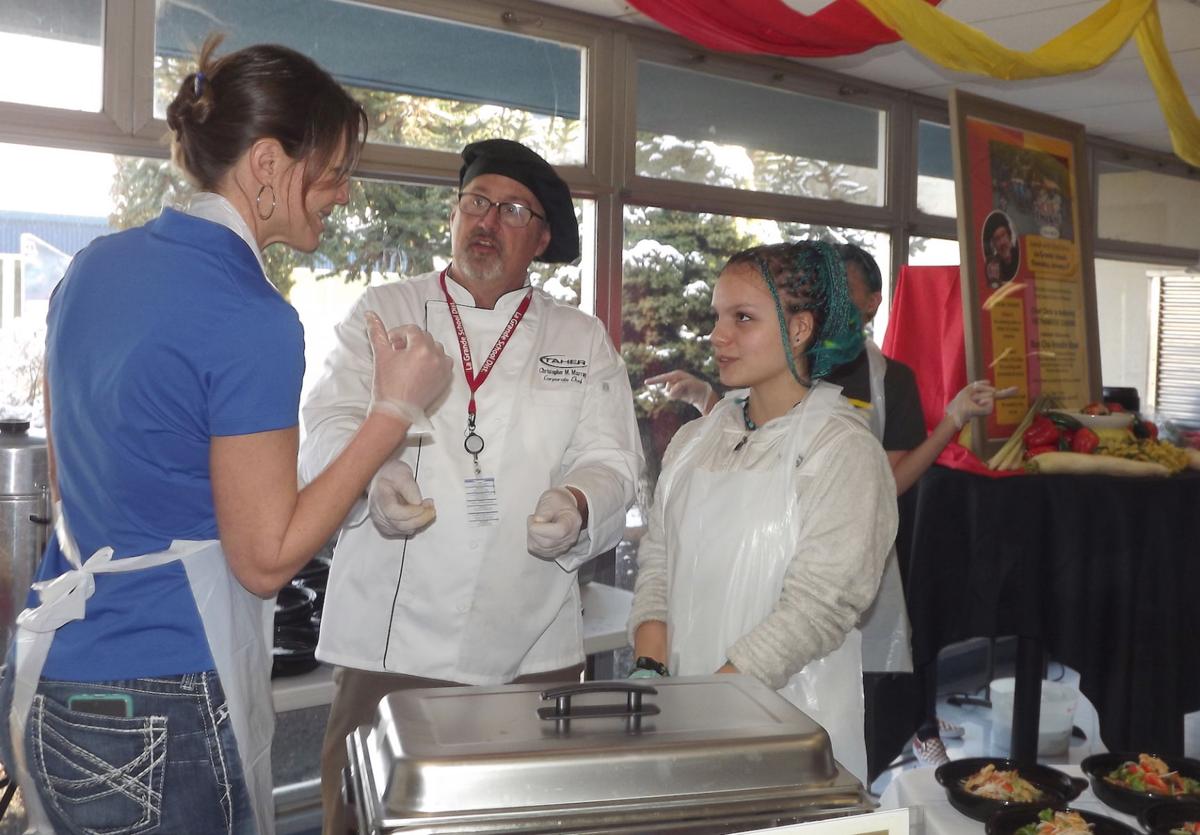 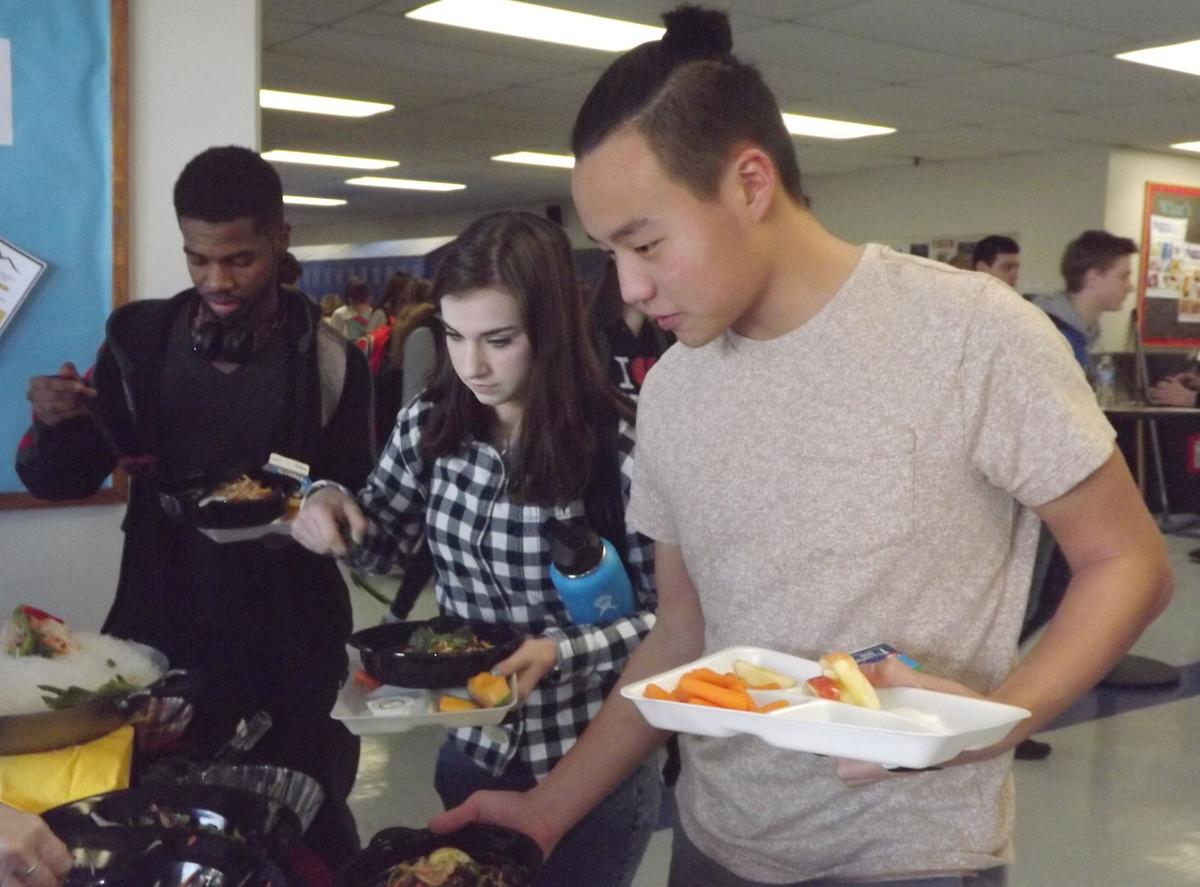 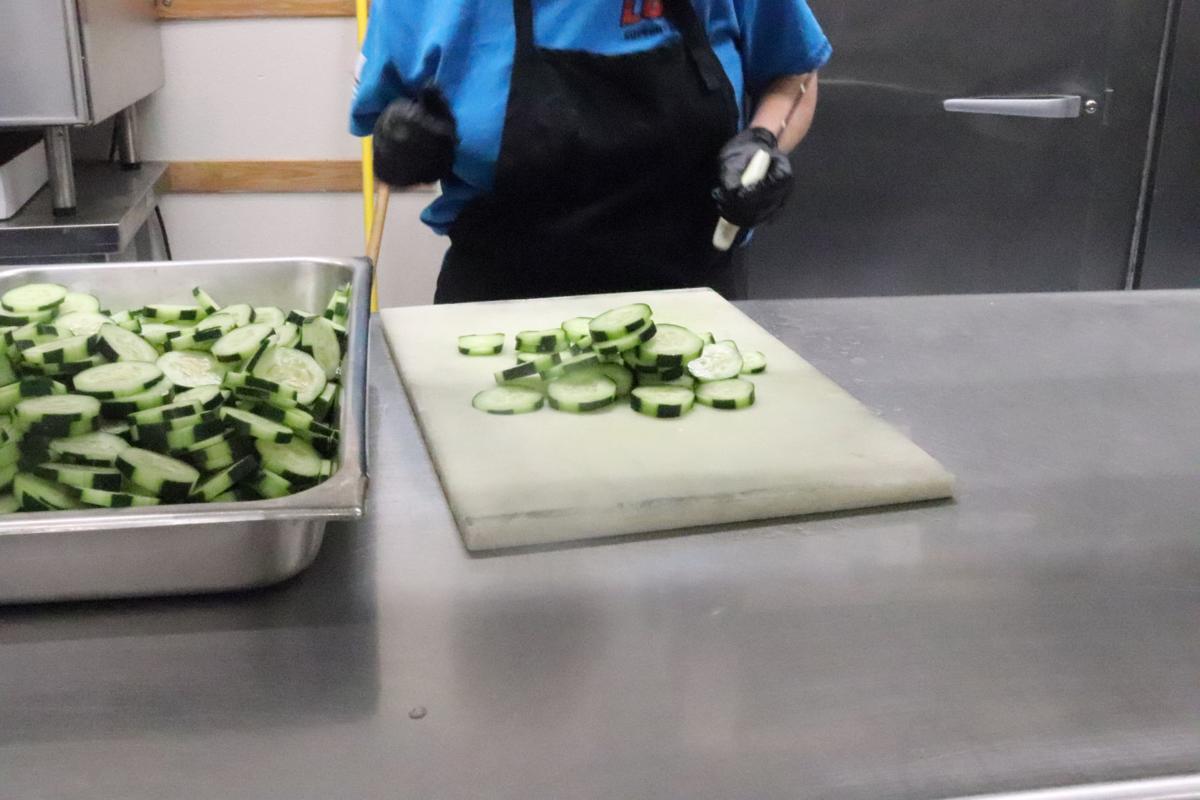 La Grande High School student Katie Crowson and school district employee Melissa Reagan help prepare Thursday’s Vietnamese lunch at the school. The meal is part of an effort to expose students to foods and cultures they may not know.

"We want to expose kids to new food, new cultures," Murray said. "There are lots of good things around the world, and lots of great food."

Murray decided on a bun cha noodle bowl. He learned about the dish during a stint with the chef's council, a group of 12 chefs who travel the world looking for new and interesting food and recipes to share. He said the chefs had the meal in Hanoi. They sat on small chairs in a circle while a woman cooked the meal on a charcoal grill in front of them.

"It's a really common dish in Vietnam," Murray said. "But to have it fresh and see it made in front of you, it is really amazing."

The noodle bowl consisted of Asian vegetables, rice noodles and a hot broth with fresh fried onions. The bun cha, which are similar to meatballs, were made with marinated and fire-grilled steak that came from cattle the local 4-H club raised and sold at the Eastern Oregon Livestock Show. Murray said the other ingredients also were straight from local farms. Having the ingredients come to the school from within 100 miles means they are fresh, higher in quality and more likely to have a real connection to the students.

"Chances are the student eating the dish knows the person who helped raise the ingredients for it," Murray said.

Taher Inc., the food service company for the La Grande School District, works to expose students to different types of food through organizing this event, according to Heather Torres, the district's food service director. Torres said the students were excited to experience something different for lunch.

"Food makes it easier to connect to the culture," Torres said, adding, "It teaches them and expands their knowledge."

Jody Poskochil, food service specialist for Taher, said some students learn cooking basics at home or in culinary classes, but this is a step up in cooking and consuming food.

"We are adding a whole other level," Poskochil said. "It is easy to get tied into traditional meals, and switching it up and making something from another country makes it exciting."

Assisting chef Murray with the lunch was Jakob Evers' culinary arts class. Murray visited with the LHS class for several days to instruct the students on how to prepare the dish and explain the culture behind the meal. He said if it wasn't for events such as these, students may not get to know about bun cha or other foreign foods.

Faculty and staff, including district administrators and high school principal Brett Baxter, helped serve the meal. Poskochil said this often makes students feel better with how the administration has taken an interest in the students.

"It brings them (students and faculty) to an equal level for a little while," Murray agreed. "Plus those helping are really nice."

This is the second time ever a special lunch like this was served at La Grande High School, and the district is hopeful for more events like this to help expose students to tastes and flavors beyond La Grande.