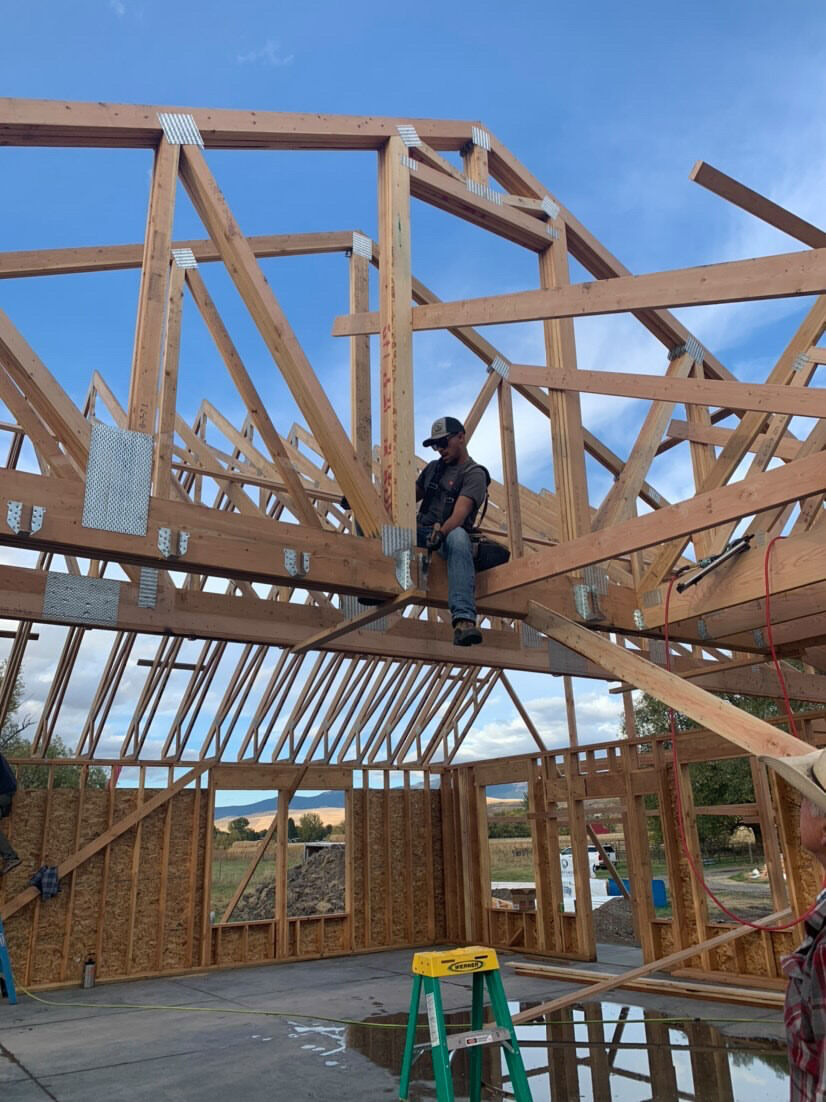 Nick Moncrief works Oct. 12, 2020, on the truss in his self-built home in Union. Moncrief and his team of contractors hope to finish the home by March 2021. 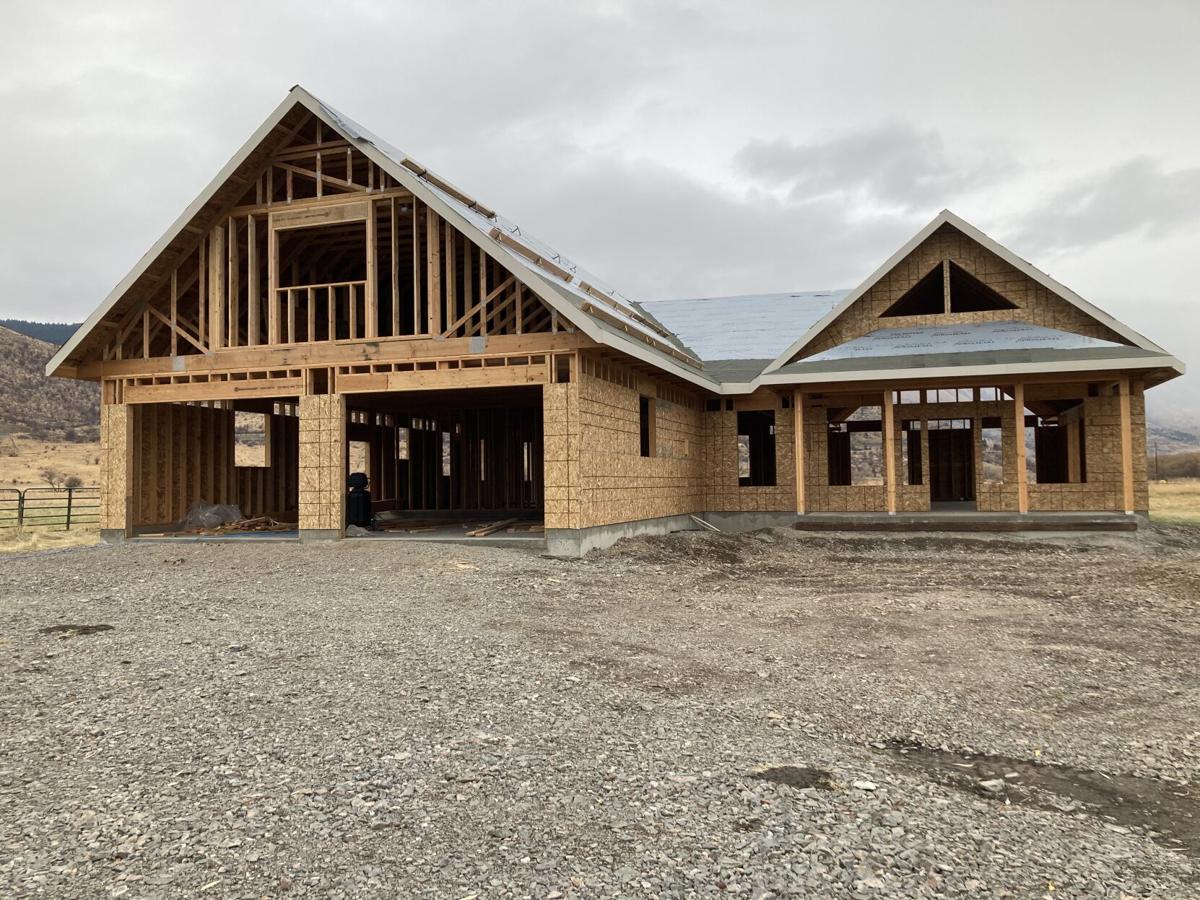 Union couple Adri and Nick Moncrief are making progress on building their own home from the ground up. The exterior walls and framing are complete as of Saturday, Nov. 7, 2020.

Nick Moncrief works Oct. 12, 2020, on the truss in his self-built home in Union. Moncrief and his team of contractors hope to finish the home by March 2021.

Union couple Adri and Nick Moncrief are making progress on building their own home from the ground up. The exterior walls and framing are complete as of Saturday, Nov. 7, 2020.

UNION — After living in a small 900-square-foot house for a few years, Union couple Nick and Adri Moncrief decided to go after their dream home by building it from the ground up.

“This is our forever home,” Adri Moncrief said. “We are building this to live in forever. It is really our dream, and we wanted this for our kids. This is a dream for us.”

Adri Moncrief is 27 years old, and Nick Moncrief is 30. They have a 16-month-old daughter, Saylor.

Adri Moncrief said many people are surprised by how young she and her husband are and that they are building their own home. But, she said, now is the right time for them to do this and they are going “pedal to metal” to finish the house.

The new home will be two stories with three bedrooms and two bathrooms, a garage, a bonus room and an office, plus patios in the front and back of the house.

She said the project would not be possible without the support of family.

The land, just off Highway 237 in Union, has belonged to Adri Moncrief’s family since they settled off the Oregon Trail. Nick Moncrief, who works as a general contractor when not building his own home, said his and his wife’s family have a background in construction, which has helped in the project.

Nick Moncrief and the team of contractors started construction in August, first laying down the foundation. By November, Moncrief and his team had put up the framing and walls for the home. The plan is to have the home move-in ready by March 2021.

There have been hurdles to building the home, Nick Moncrief said, as COVID-19 has made accessing and ordering materials difficult. Fortunately, the construction team ordered early enough that a majority of the supplies were at the site by the time work started.

“I come out here and work on the house and it’s my job, but it is a little surreal at times,” he said. “I have more pressure with it being my own home. The deadlines are on me. We have our deadlines to meet for the bank, and what we hope to get done. But in the end, I don’t have any fingers to point if it’s not done by a certain time.”

Adri Moncrief said the best part about building the house has been the control she has on every element. While sometimes the choices seemed daunting, she said, having a particular taste and idea in mind has been helpful.

“I hear people say, ‘There are so many different options, how do you even choose?’ and I totally agree with that,” she said. “But for me, I am a little bit of a control freak and deciding things feels good to me. And I think we work well as a team. We are both very opinionated.”

Anyone can view the home-building journey on Instagram. Adri Moncrief said using social media is a great way to share what is going on in her life, and sometimes now she gets objective feedback about her ideas for the house.

“I started posting more after I had my daughter, Saylor, and I was home with her,” she said. “I was needing an adult outlet, so I started sharing my everyday life. So many people do that now. I really enjoyed it. It has been fun to interact with people. And then we started building and it was heartwarming and cool to see how invested people were.”