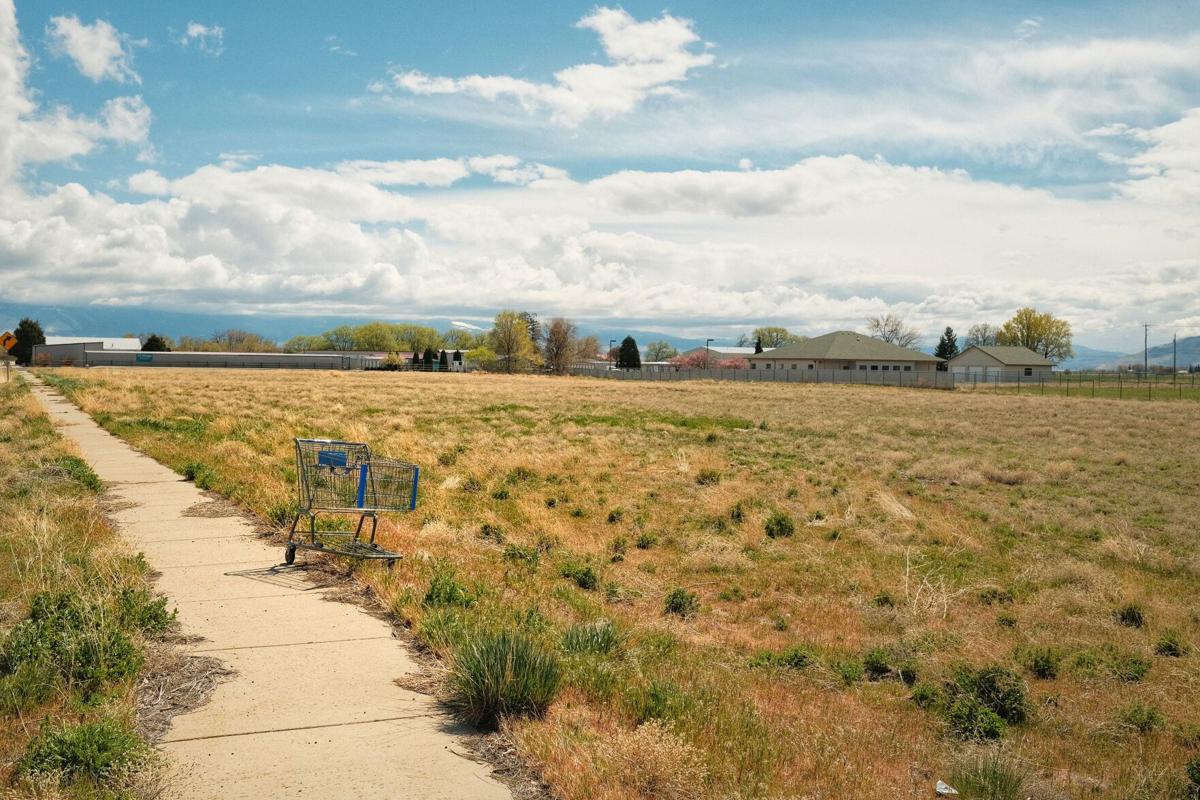 A shopping cart sits alone on the sidewalk Monday, April 26, 2021, at the empty lot along East Q Avenue between 26th and 27th streets, La Grande, the site of the forthcoming Timber Ridge Apartments, a low-income, 104-unit housing complex. 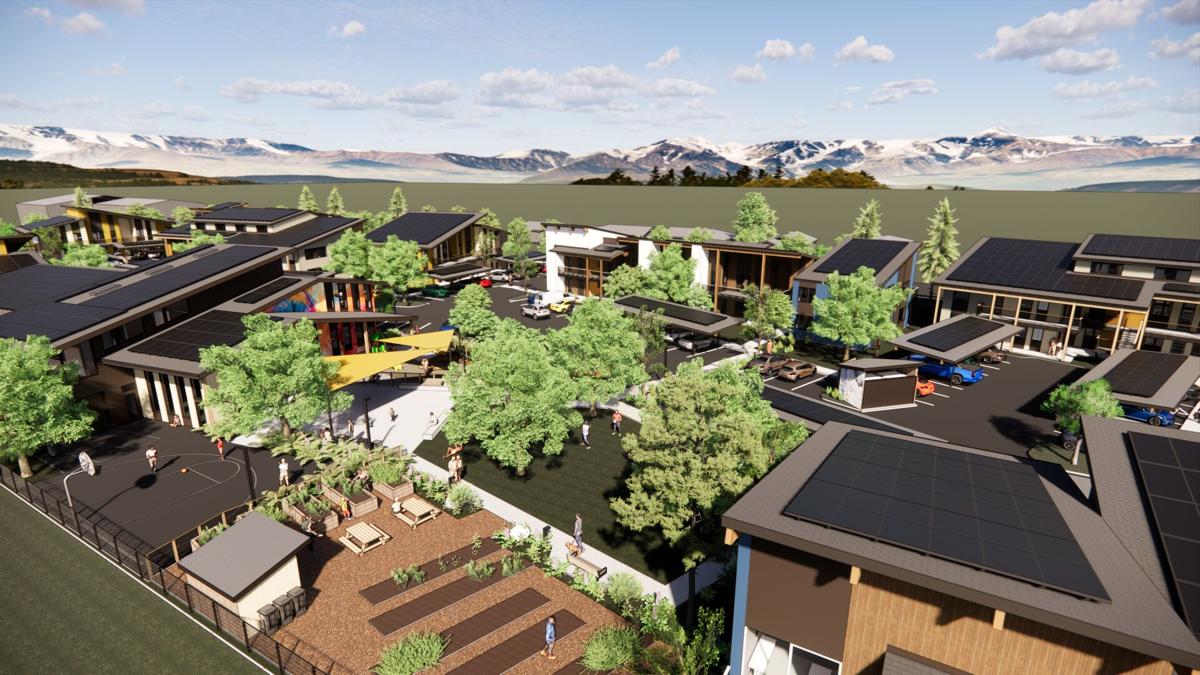 This rendering from Nov. 24, 2020, shows an aerial view of Timber Ridge Apartments, the 104-unit proposal that would sit on about 5 acres in La Grande. The project has offered to let the Eastern Oregon University Head Start program operate in the complex’s community center at no cost.

A shopping cart sits alone on the sidewalk Monday, April 26, 2021, at the empty lot along East Q Avenue between 26th and 27th streets, La Grande, the site of the forthcoming Timber Ridge Apartments, a low-income, 104-unit housing complex.

This rendering from Nov. 24, 2020, shows an aerial view of Timber Ridge Apartments, the 104-unit proposal that would sit on about 5 acres in La Grande. The project has offered to let the Eastern Oregon University Head Start program operate in the complex’s community center at no cost.

Construction will likely start in early July after finalizing all the financing for the development, said Dan Steffey of Community Development Partners, the Portland firm developing the project, which the Northeast Oregon Housing Authority likely will own. The La Grande apartment complex, to be built on East Q Avenue between 26th and 27th streets, will take between 12 and 18 months to complete.

The apartments will help address a housing shortage in La Grande, Steffey said.

“There has been a lot of excitement about it,” he said. “We have received a very positive response.”

The La Grande Planning Department has approved the site plan for the project, which includes the layout for the parking lot, drainages and landscaping, said city Community Development Director Mike Boquist. Now the city building department is reviewing the Timber Ridge plans.

Boquist said because the cost of construction and materials has gone up significantly since the Timber Ridge plans were first created, changes are in the works to lower costs. He said the city’s building department is making sure the changes are meeting city codes and performing other checks.

Boquist said it is unlikely the La Grande Planning Commission will have to approve any portion of the Timber Ridge plan. He explained it does not appear that any portions of the plan will not conform to city codes, which would require the planning commission to grant an exception.

“It does not appear that an exception or variance will be required at this point,” Boquist said.

Steffey and Engage, a consulting group, are developing a Community for All Ages model for Timber Ridge. That plan also is to be in place at new low-income housing complexes in St. Helens, Gresham and Oregon City, which Community Development Partners is helping create.

The Community for All Ages model is a positive reaction to communities where there is a wide range of ages, he said. This has led to increased social isolation, especially for communities with many seniors. Isolation and the corresponding lack of human interaction, he added, takes a noteworthy physical toll on people’s health.

Steffey said he would like to create an environment at Timber Ridge Apartments in which senior isolation would be limited because younger people would be reaching out to older people, not only out of concern but because seniors have much to offer.

“We want to create a culture, which will help people realize their own strengths by working together,” Steffey said.

He said Oregon Health & Science University and Portland State University plan to do a research project involving Timber Ridge and the other apartment complexes using the Community for All Ages Model to determine how effective they are at drawing generations together.

“It will look at the efficacy of the model,” Steffey said.

Eastern Oregon University Head Start plans to operate an Early Head Start program for children and infants up to age 3 in that classroom, which the development is providing at no cost.

The program will do more than boost intellectual development. It also will make daily life easier for parents and guardians, Steffey said, explaining it will give residents a chance to receive child care while they are working.

“There will be no spikes in heating costs in the winter,” Steffey said.

A portion of funding for the construction of Timber Ridge Apartments would come from the state’s Local Innovation Fast Track program, also known as LIFT. The Oregon Legislature approved the program about two years ago and it is providing funding for affordable housing projects throughout Oregon.