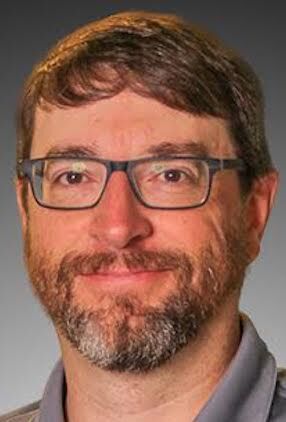 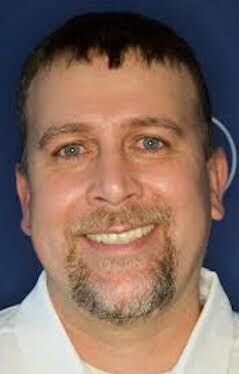 COVE — Two men, both optimistic about the Cove School District’s future, are vying for an opportunity to help guide the school district the next four years.

Chris Thew, an athletic trainer, is challenging incumbent Andy Lindsey, a civil engineer, in a race for Position 1 on the Cove School Board. This is the only contested school board race this year in the Cove School District.

Lindsey, who works for Anderson Perry & Associates Inc., is completing his fifth year on the school board. He said he decided to seek reelection because he wants to help the school district keep moving in the right direction.

“Our current school board works very well together,” Lindsey said. “Together, we can help the school district make great strides.”

He said the school district is doing well in terms of academic achievement and is on solid ground financially. This was evident when the school district was able to build a new $1.8 million dining hall, completed in March 2020, with funds from the district’s capital construction fund, which it had been putting money in for years.

“It is fantastic that we were able to build it without taking on any debt,” Lindsey said.

If voters send him back to the board, Lindsey said he would pursue grants to help the district chart its future course.

“I want to help the school district determine its long-term direction,” he said.

The board likely will be taking related steps, such as evaluating the Cove Elementary School building that was built at least eight decades ago. Lindsey said the board, looking years ahead, will be determining whether major upgrades should be made to the school or if a new one should be built in its place. The board also will look at the best ways to plan for future growth.

Lindsey has a bachelor’s degree in civil engineering from Virginia Tech and a master’s degree in the same field from Montana State University. He and his wife, Patty, have two sons, both of whom attend Cove High School.

Thew, Eastern Oregon University’s head athletic trainer, said he decided to run for a position on the school board because he wants to help keep the schools his children attend strong. Thew and his wife, Christina, are the parents of a sixth-grade daughter and a second-grade son in the Cove School District.

Chris Thew grew up in Cove and is a 2000 graduate of Cove High School. He has a bachelor’s degree in physical education and health from EOU and a master’s degree in athletic training from the University of Nebraska Omaha. He compared being an athletic trainer to being a physical therapist, with the big difference being he spends more time treating injuries when they initially occur.

Thew taught sports medicine, physical education and health at Eisenhower High School in Yakima, Washington, for seven years before moving with his family back to Cove in 2019. He said one of the best parts of teaching athletic medicine in high school is he was able to inspire a number of his students to pursue careers in medical fields.

One of the reasons Thew returned to Cove was to raise his family. He said he has been impressed with the strong marks Cove students have traditionally achieved on state assessment tests.

Thew said that as a school board member he would work hard to help the Cove School District maintain its strong career technical education programs. He believes a school district should equally meet the needs of students preparing to go college and those who are not.

Ballots for the May 18 election went out Wednesday, April 28. Voters can deposit ballots at election drop boxes up to 8 p.m. on election night. If returning a ballot by mail, send it several days in advance of the election for it to reach the county elections office in time to count.