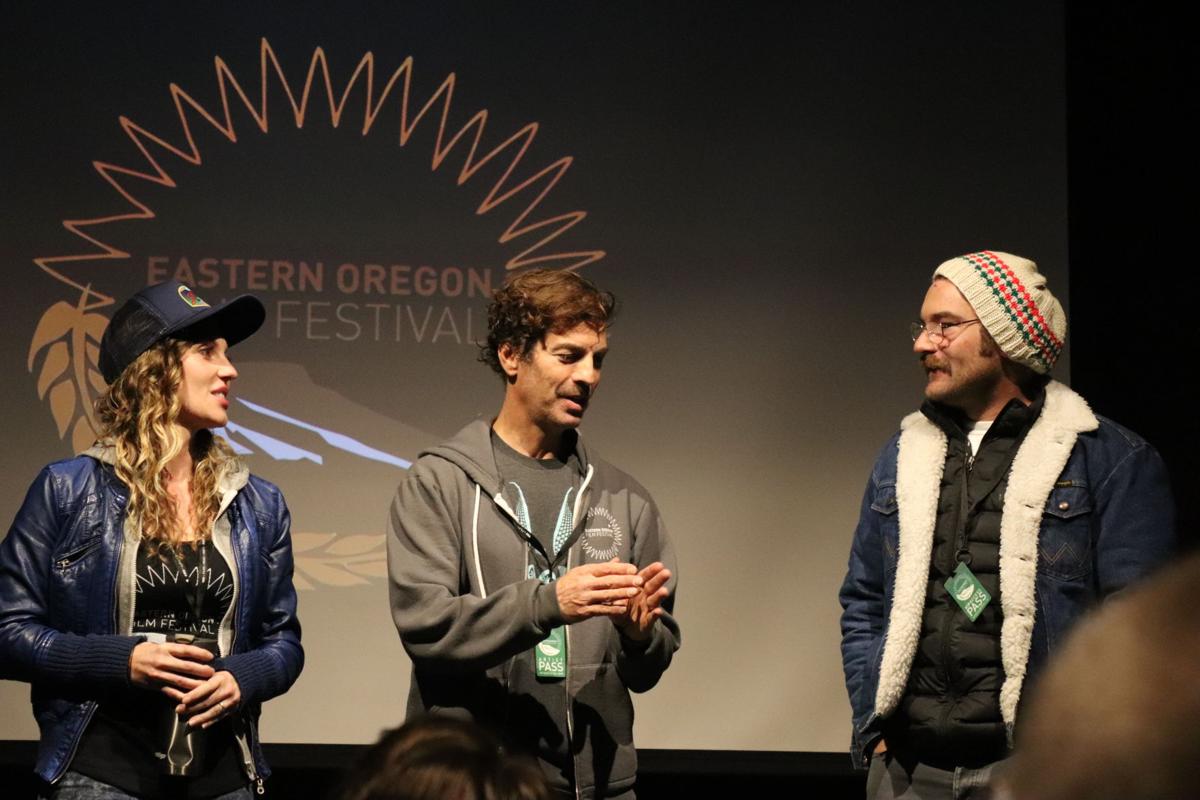 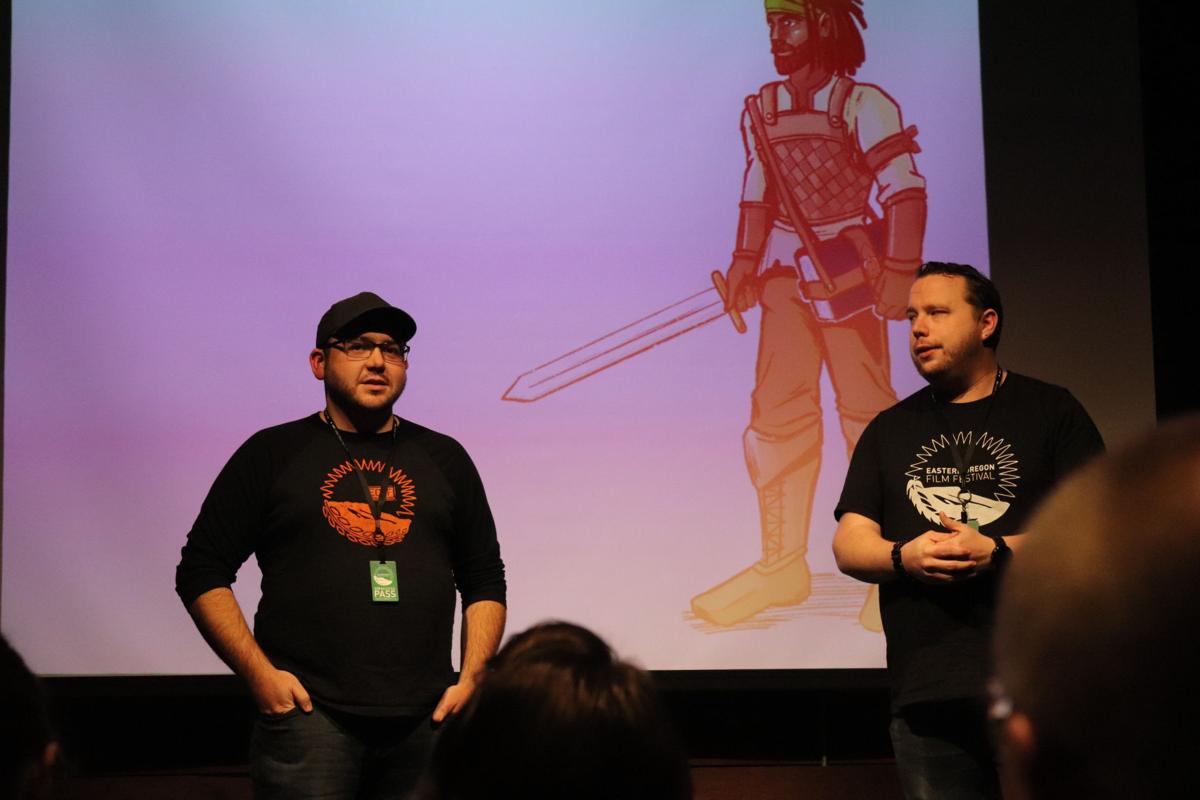 Filmmakers J.J. Hill and Liberty O’Dell discuss their film, “Out of Character, at the 2019 Eastern Oregon Film Festival. The La Grande festival has partnered with the Ashland Independent Film Festival, which is providing a virtual film fest due to the COVID-19 pandemic.

The Eastern Oregon Film Festival works to help local artists gain the exposure that is often needed to further their careers — from choosing local bands to play at the festival’s after-parties to contributing to the funding of projects created by filmmakers who are in the area. This year's festival included a special screening of “Hold onto the Moving Sky,” a work that the EOFF Filmmaker Support Project Fund helped create. The film was directed by Benjamin Morgan, co-founder of EOFF. After the screening, J.J. Hill and Liberty O’Dell introduced their project, a documentary styled film titled "Out of Character," which will be the next film to be supported by the fund.

Morgan’s movie is based on his wife, La Grande native Jocelyn Berado, and the journey she took in dealing with an unexpected pregnancy and an apathetic boyfriend. The film, which does not have any dialogue, depends on its actors to tell the story with body language and displayed emotions. When Berado’s character decides to leave her boyfriend to return home, she does so without a word between the two.

“As we were talking through the story we realized the moment when they’re looking at each other down the hall, the worst thing he could do in that moment is say something,” Morgan said. “It shows the power of apathy and the power of self-love, which are two things that don’t require dialogue.”

Jocelyn said playing the role of herself was healing and gave her more compassion and closure about the situation. Berado and Morgan co-wrote the piece and, through funding from EOFF and a Kickstarter, were able to collaborate on a project that is very close to their hearts.

The next project to emerge from the EOFF Filmmaker Support Project Fund will be a fantasy documentary by La Grande locals Hill and O’Dell. The movie will document an event that never happened, according to the filmmakers. Filmed as a psuedo-doumentary, it showcases five days of a live action role play event and follows six characters who are fighting for a $10,000 reward. The film will take place in Eastern Oregon, and the team is having an open call for extras in November, with filming planned to take place March through June.

“As new filmmakers we realized this project was so much bigger than us,” Hill said. “A driving force, other than the story idea, was to showcase the community of Eastern Oregon and the talent in the area.”

The film festival, along with personal donations, will help with the $50,000 needed to fund the project. Though most of the location logistics have been sorted, the team is still looking for those who would like to support their film.

“The film festival is the foundation for the project,” Hill said. “We realized that our goals lined up perfectly with EOFF."

The festival took place last weekend on Thursday, Friday and Saturday. The screening of the EOFF funded project took place on Saturday morning at a special EOFF members and artists only screening

Editors Note: This is the final part of a three part series on the EOFF by The Observer.