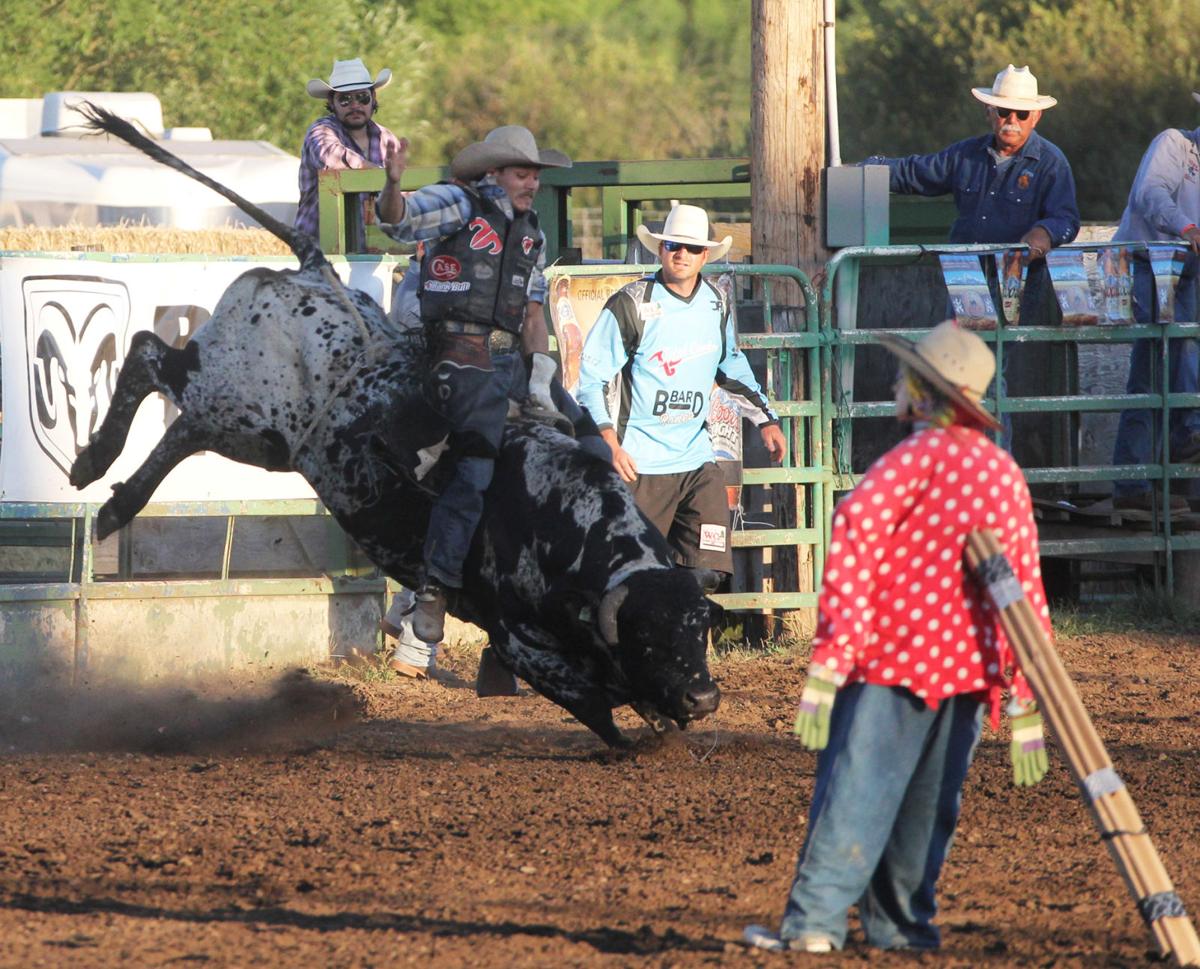 Jory Markiss rides July 6, 2017, during the Elgin Stampede. The coronavirus pandemic led to the cancellation of the annual rodeo in 2020, but it is set to return this summer, July 7-10. 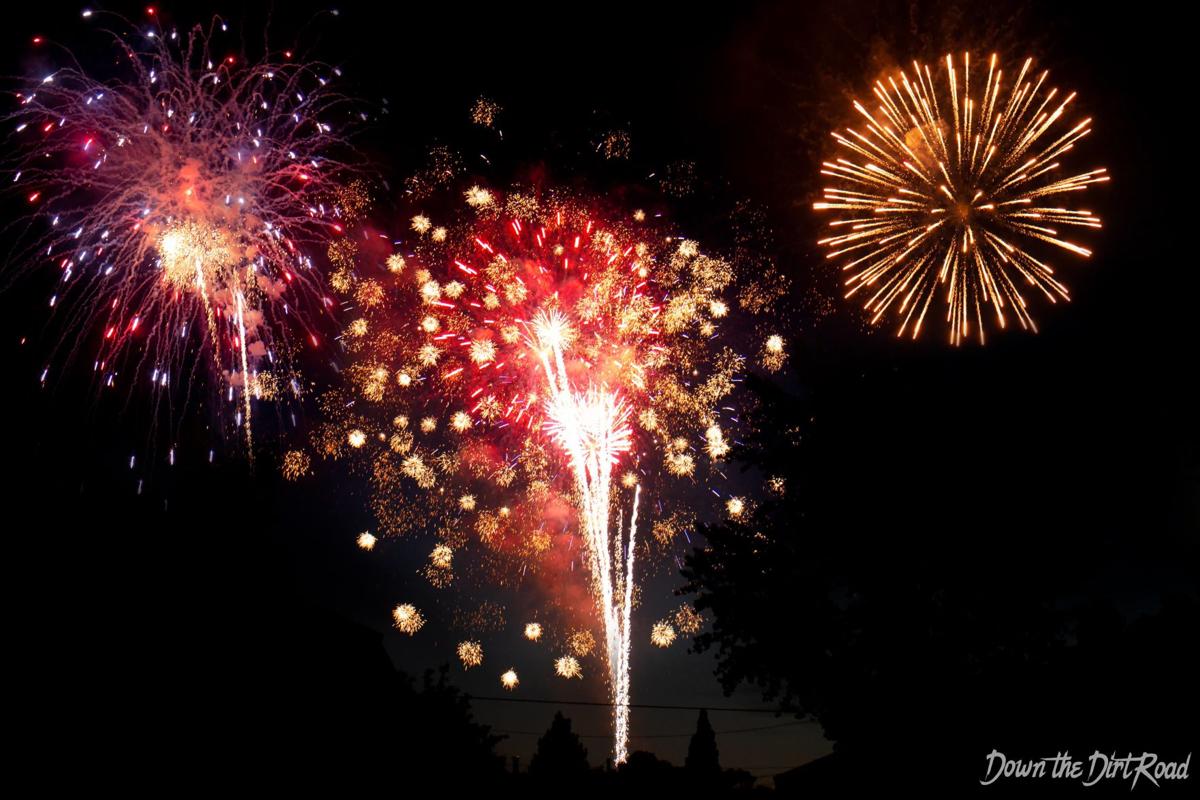 Fireworks light up the night sky in 2018 over union. The town’s Fourth of July fireworks show was on hiatus in 2020 due to the fallout from the coronavirus, but is launching again this year from Union’s Buffalo Peak Golf Course, but onlookers should watch from town and not Buffalo Peak.

Jory Markiss rides July 6, 2017, during the Elgin Stampede. The coronavirus pandemic led to the cancellation of the annual rodeo in 2020, but it is set to return this summer, July 7-10.

Fireworks light up the night sky in 2018 over union. The town’s Fourth of July fireworks show was on hiatus in 2020 due to the fallout from the coronavirus, but is launching again this year from Union’s Buffalo Peak Golf Course, but onlookers should watch from town and not Buffalo Peak.

The COVID-19 pandemic led to cancellations of both summer events in 2020. The Elgin Stampede, second only to the Eastern Oregon Livestock Show’s rodeo in terms of longevity in Union County, will operate July 7-10, according to Ty Hallgarth, president of the Stampede.

In a similar move, the Union Chamber of Commerce announced the fireworks show will shoot off on Independence Day in Union.

Hallgarth said Elgin Stampede representatives consulted with the county’s public health arm, the Center for Human Development, La Grande, plus other health organizations in the community before deciding to go forward with the rodeo. He said the support local residents have expressed for the Elgin Stampede is encouraging.

“Everyone in the community is coming on board,” Hallgarth said.

The rodeo is making changes to meet state social distancing standards, Hallgarth said, but those standards are a moving target. He noted that the COVID-19 infection rates in Union County dictate the guidelines, making it difficult to address questions in advance , such as how many spectators can be in the stands.

This will be the 74th Elgin Stampede. Hallgarth said he believes the rodeo has run every year over the past seven decades except in 2020.

Hallgarth noted other rodeos in the region are set to go on before the Elgin Stampede, including the High Desert Stampede on Friday, March 26, in Redmond and the Eastern Oregon Livestock Show in Union, June 10-13. He said he will be watching how these and other rodeos are run.

“We may get ideas from each of them,” he said, on how to operate a rodeo during a pandemic.

The stock contractors and venders the Elgin Stampede has had in past years have expressed strong interest in again participating in the rodeo, Hallgarth said, and past sponsors are indicating they will be supporting the event.

“We are excited that our sponsors are on board,” Hallgarth said.

He also said the Elgin Stampede will give the Grande Ronde Valley an economic boost.

“It is great for the town and everybody in the community because it brings in lots of people,” Hallgarth said.

Three days before the Elgin Stampede, the fireworks show will launch from Union’s Buffalo Peak Golf Course for the first time.

Donna Beverage, president of the City of Union Chamber of Commerce and Union County Commissioner, said the falling COVID-19 rates in Union County allow for the show to go on.

“We are excited that we have the opportunity to celebrate this year,” she said.

However, Beverage discouraged people from going to the golf course to watch the fireworks. Rather, the display should be easy to see throughout much of Union because Buffalo Peak Golf Course is above the town.

From 2017-19, the show operated near the Union High School athletic complex. The golf course’s location was the reason behind moving the show.

Beverage also urged locals from throughout the area to come to Union to watch the fireworks.

“It will be a true community celebration,” she said.

At previous fireworks shows, people gathered at the Union High School football field to listen to music and take part in activities prior to the main event. There will be no such gathering this year because of the pandemic.

“We hope we can add activities in 2022 once we are past the pandemic,” Beverage said.

For additional information on making donations send an email to unionchamber@eoni.com.

UNION — Three years after rising from the ashes of a devastating fire, the Eastern Oregon Livestock Show is set to come out of the gate again.