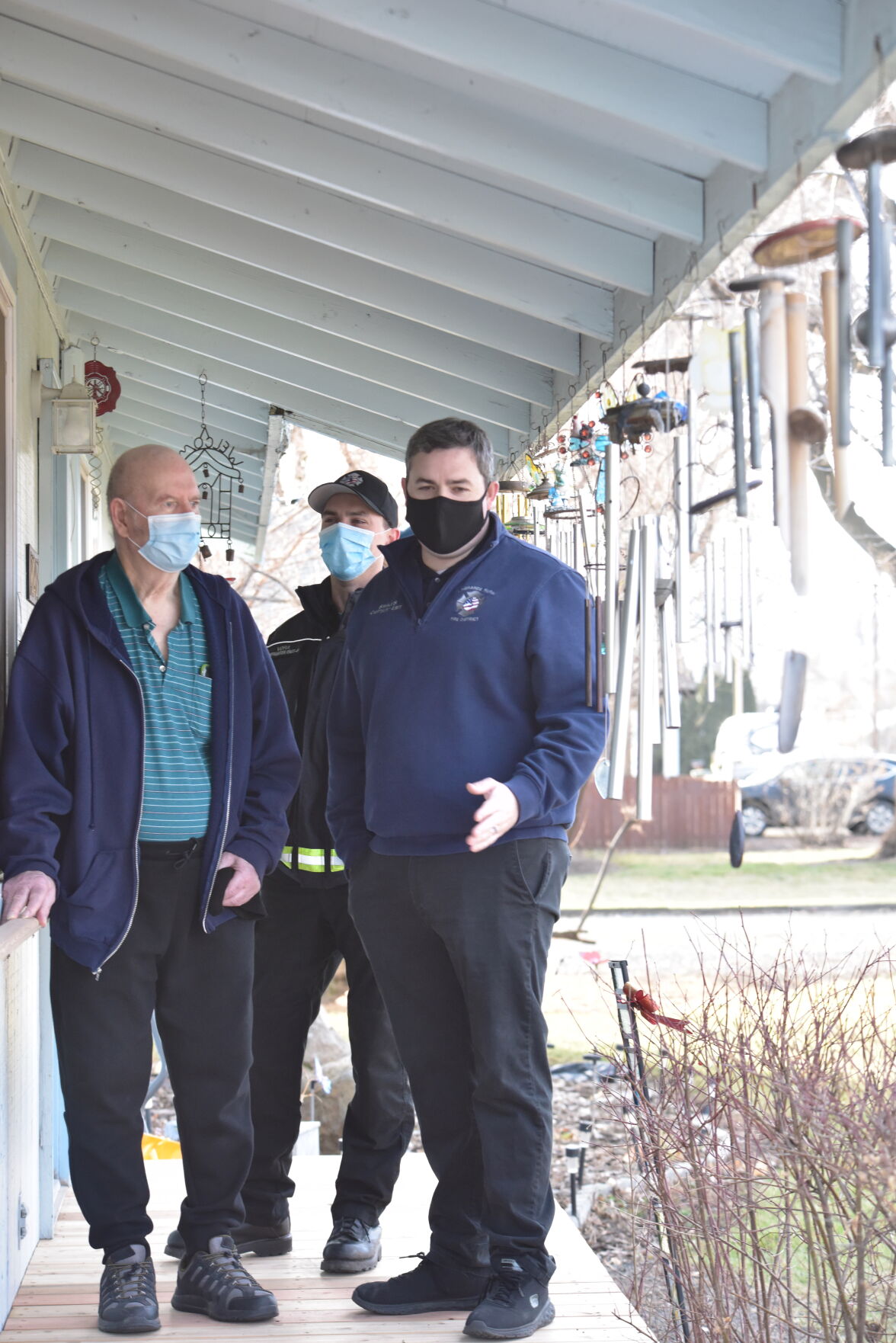 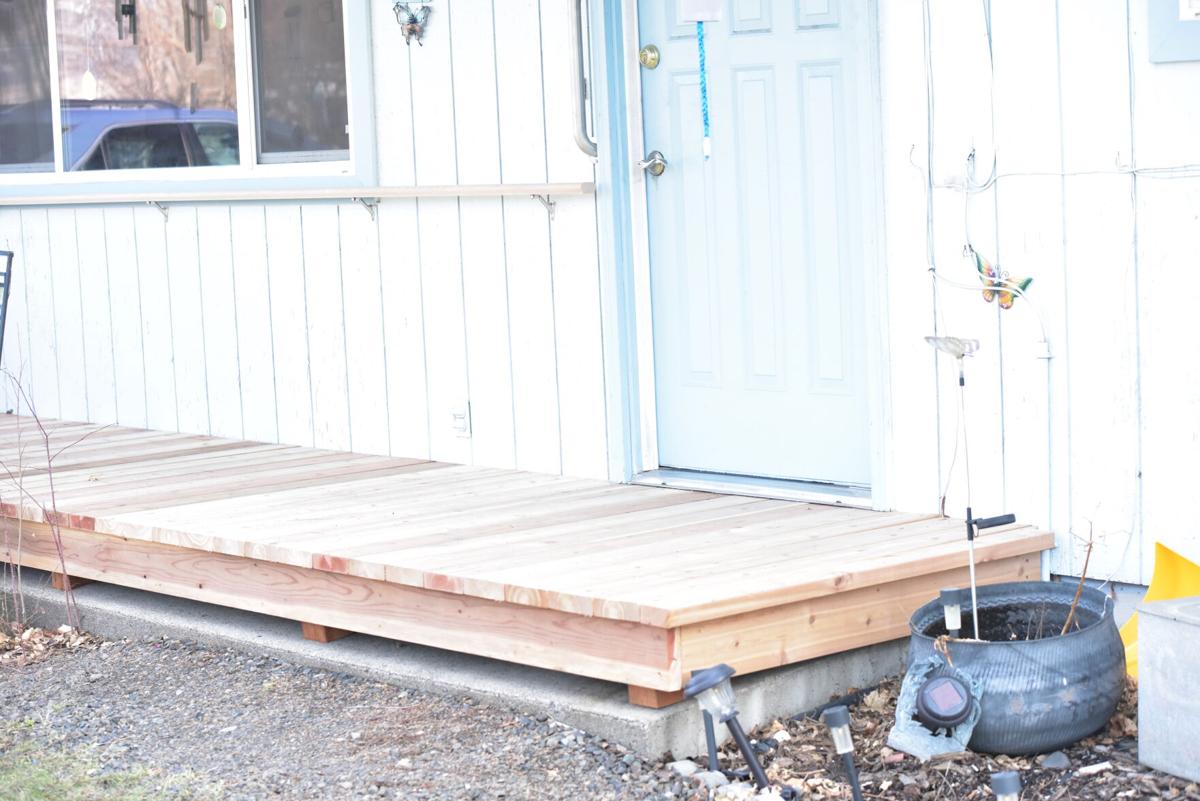 Recently, this man known so well for giving was a recipient.

“He has given a lot to so many people,” Kretschmer said, noting it was only right to extend a hand to the former chief.

The ramp covers a sidewalk that was becoming dangerous to walk over because of its deteriorating condition.

“We are very touched by what they did,” said Patty Hamann, Ray’s wife.

Jill Hoskins, one of the Hamanns’ two daughters, echoed this praise, noting the quality of the ramp makes the process of walking to and from her parents’ home as smooth as possible.

“Their generous act of kindness means the world to us, and has given our dad a bit more freedom and a lot more reassurance and confidence,” Hoskins said. “It is a gift for our dad.”

Hamann was with the La Grande Rural Fire Department from 1962 through 2010. He was the department’s chief the last two decades.

“What he did was remarkable,” said Capt. Anthony Swales of the La Grande Rural Fire Department.

Swales noted Hamann was paid only during the last decade of his tenure. Hamann was chief of the fire department when Swales joined it about 15 years ago. Swales credited Hamann with doing an excellent job of making sure all members of the La Grande Rural Fire Department received their state-mandated training. He said at the time a number of small fire departments did not make such an effort to get firefighters the training they needed.

Hamann said he was moved by what his old fire department did for him.

“They are a great bunch of people,” Hamann said.

The La Grande Rural Fire Department regularly reaches out to its community. For example, it helps youths from families in need buy Christmas presents via its Shop with a Firefighter program and provides Thanksgiving dinners for the less fortunate.

Hamann said he is impressed with the job the department has done since he left. He knows firsthand the calls it responds to by monitoring them via a radio scanner. Hamann said the radio helps him stay connected to a world he enjoyed being a part of.

Firefighting, Hamann said, “gets in your blood.”

"Their generous act of kindness means the world to us, and has given our dad a bit more freedom and a lot more reassurance and confidence. It is a gift for our dad."