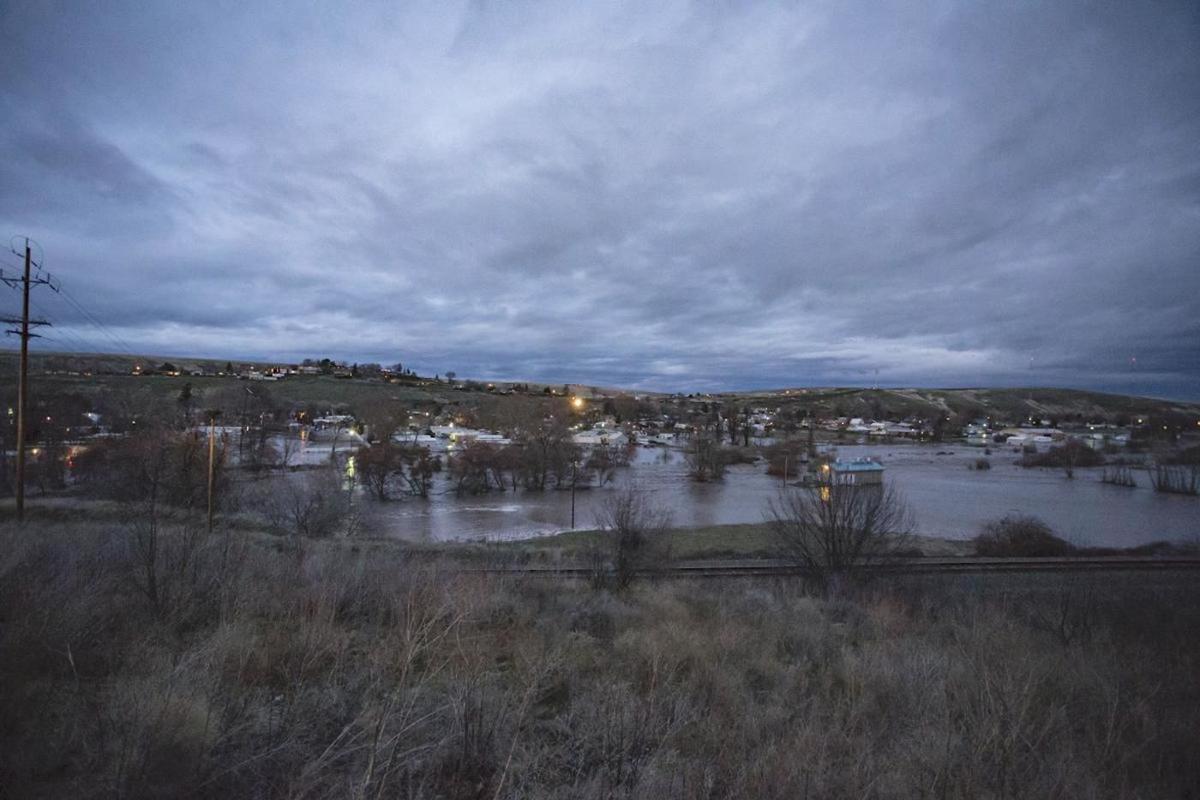 Water from the Umatilla River inundates the lower elevations Thursday in eastern Pendleton, forcing the evacuations of residents. 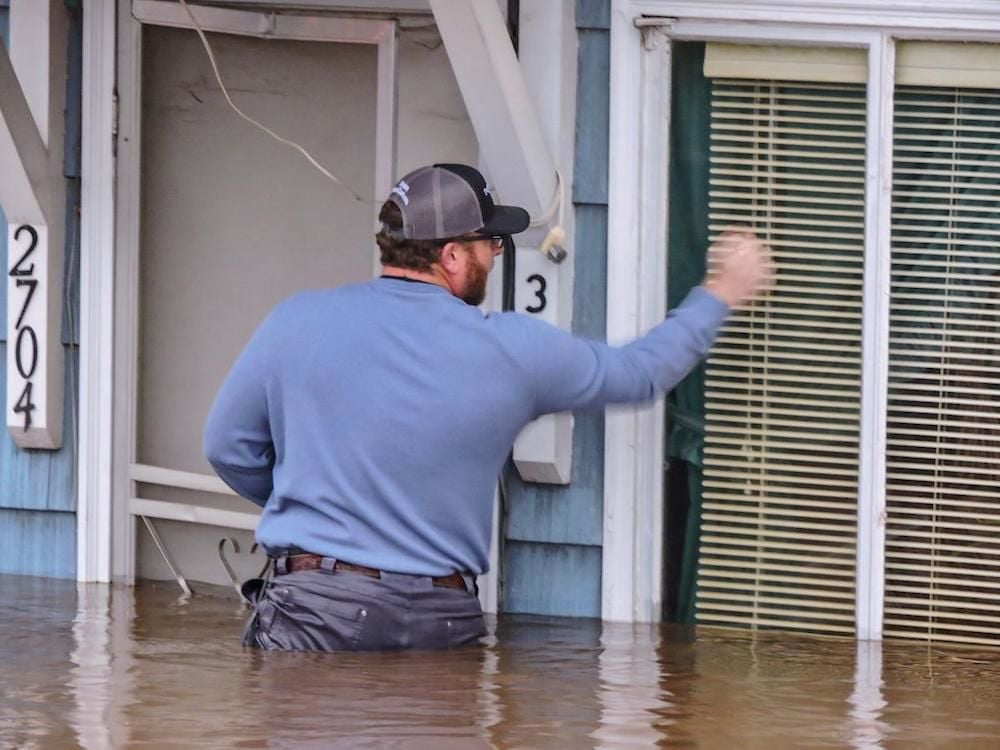 PENDLETON — Heavy rainfall in the Blue Mountains this week pushed Umatilla County into a state of emergency Friday morning.

Umatilla County Commissioner John Shafer said the county joined the Confederated Tribes of the Umatilla Indian Reservation and the city of Weston in declaring an emergency, and similar declarations were expected from Pendleton and Echo later Friday.

Interstate 84 remained closed in both directions between Hermiston and Pendleton, and to trucks between Pendleton and Ontario westbound as floodwaters headed south and road shoulders filled with traffic. Other major roadways also were experiencing closures.

The city of Pendleton would remain in a major flood stage until at least Friday afternoon, according to the National Weather Service. The Umatilla River crested at 19.8 feet Thursday night between 9-10 p.m.

Austin said those who evacuated should avoid returning to their homes until Saturday or possibly Sunday morning.

In Gibbon, east of Pendleton, a secondary flood crest was anticipated in the Umatilla River. River forecasts from the Weather Service show water rising to 12 feet and discharge occurring at more than 10,500 cubic feet per second Friday, but should lower Saturday.

Along the Touchet River, close to Milton-Freewater, a secondary major flood crest was occurring Friday. Water was expected to rise up to 18 feet Friday and discharge at more than 15,000 cubic feet per second, reaching historical records, according to the Northwest River Forecast website.

The effects of the flood differ from community to community, but Umatilla Count government is sending resources to many of them.

After extensive flooding in the Thorn Hollow area that required a residential rescue, Shafer said the county sent a two-person search and rescue crew to see if any other residents needed help. Shafer said the crew is now stranded and are awaiting rescue themselves.

Shafer added the sheriff's office was summoning its marine deputies to help people in the Rieth area west of Pendleton.

Further north, Shafer said Athena only received minor flooding but Weston was not as lucky. Shafer said the flooding was extensive in Weston, although water levels appeared to be dropping.

The Wallowa County Board of Commissioners declared a emergency road closure Friday due to excessive flooding on the Grande Ronde River from Troy downstream.

The closure does not apply to home and property owners in the area.

The county posted the road closure order online at https://co.wallowa.or.us.

The closure remains in effect until further notice, according to the order.

The Oregon Department of Transportation advises against driving through flood waters.

Anyone using those roads should use caution and be aware waters flooding over roadways often have sufficient force to move traveling vehicles and may also cover extensive washouts on the road surface.