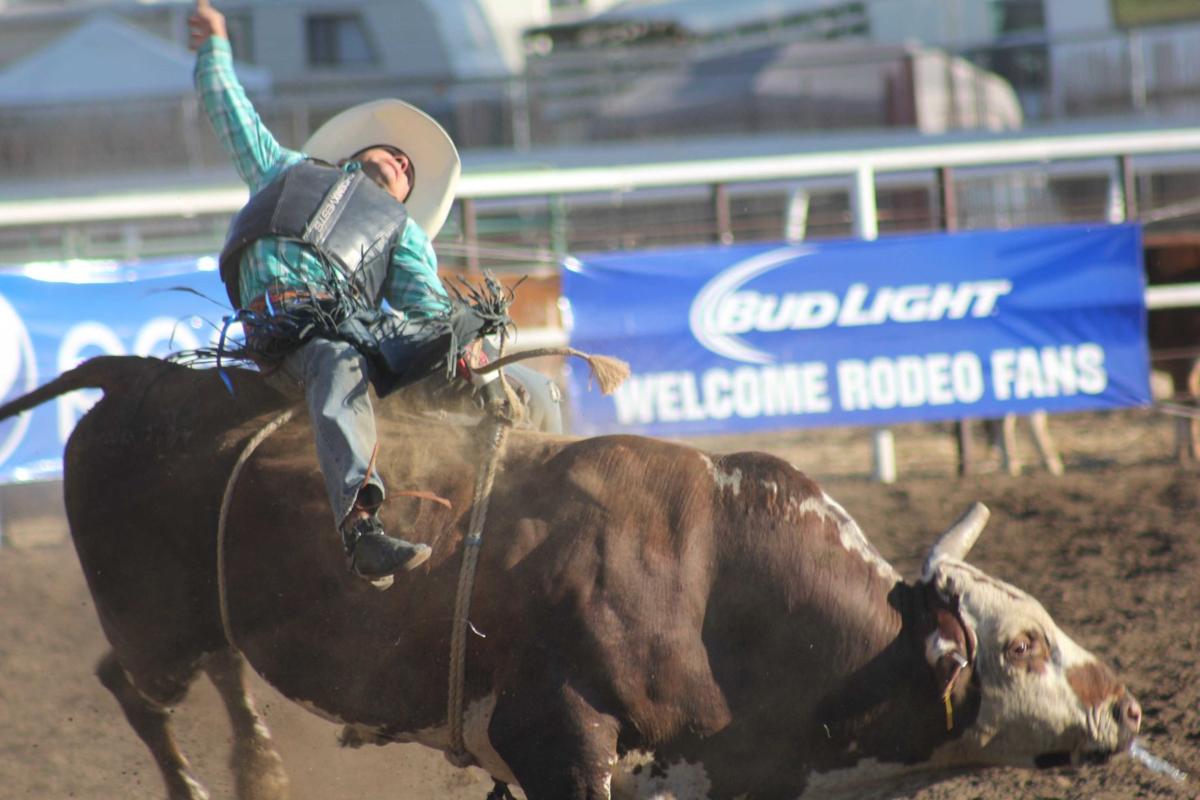 Zeb Lanham of Sweet, Idaho, holds on during his ride aboard the bull Train Wreck during the 2017 Eastern Oregon Livestock Show in Union. 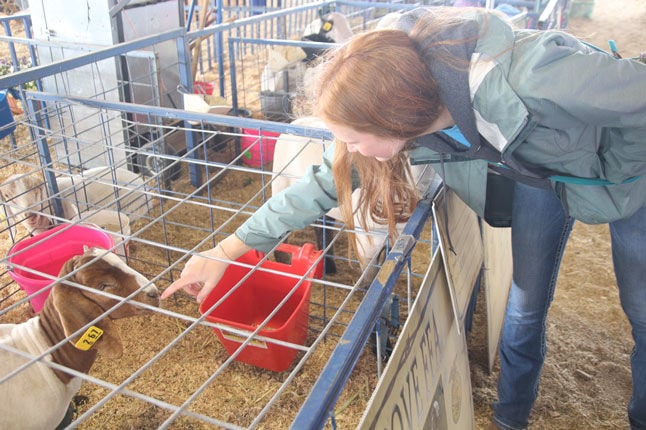 Allie Best of Cove shows off her goat, Chandler Bing, at the 2017 Eastern Oregon Livestock Show in Union.

Zeb Lanham of Sweet, Idaho, holds on during his ride aboard the bull Train Wreck during the 2017 Eastern Oregon Livestock Show in Union.

Allie Best of Cove shows off her goat, Chandler Bing, at the 2017 Eastern Oregon Livestock Show in Union.

UNION — The pulse of the Eastern Oregon Livestock Show, which was hard to detect a year ago, will soon be off and racing.

The 114th EOLS is now kicking off a year after it was canceled in 2020 because of the COVID-19 pandemic. Lower infection rates are allowing the historic and popular event to move forward this week.

”We are so lucky that it appears Union County will be in the low-risk category,” said Cassie Miller, second vice president of the EOLS Board.

The county’s risk level at the time of the event determines the percentage of allowed occupancy.

EOLS festivities begin at 7 p.m. Tuesday, June 8, with the EOLS queen coronation. The event, open to the public, will be at the EOLS’s clubhouse. The queen candidates are La Grande’s Makenzie Polfer, 18, and North Powder’s Kachira Phillips, 21. Polfer graduated from La Grande High School on June 5 and plans to pursue a career in the cattle industry after earning a college degree. Phillips is pursing a career as a registered nurse.

Activities open to the public continue on June 10, when the EOLS carnival opens and the Ed Miller Xtreme Bulls competition is conducted.

Carnival rides will be provided June 10-12, from 3-9 p.m. Thursday, 2-9 p.m. Friday, and 1-9 p.m. Saturday. Wristbands for rides can be purchased on site or for a discount at Union Market in Union and at D & B Supply in Island City.

The Ed Miller Xtreme Bulls competition, an annual event at the Livestock Show, will start at 6:30 p.m. Thursday. Forty Professional Rodeo Cowboy Association bull riders from throughout the United States will compete for a $10,000 purse and Xtreme tour PRCA points, which improve their world rankings, Cassie Miller said.

Events continue June 11 with the annual Eastern Oregon Livestock Show parade at 2 p.m. that runs down Union’s Main Street. William “Bill’’ Teeter, an Imbler mint farmer, will serve as the parade’s grand marshal. Teeter has many years of experience as a EOLS volunteer and has served on its board as second vice president, first vice president and president. He previously served on the Imbler School Board for eight years and on the Summerville Cemetery Board for many years, according to the EOLS website.

Musical entertainment will be provided June 12 by the Wasteland Kings, a popular Northeastern Oregon band that has been playing through the region for 10 years. The Wasteland Kings’ concert will start around 6 p.m. soon after the rodeo and pari-mutual horse racing sessions are over. The band will play at the EOLS track were a stage will be placed.

Features available to children at the Livestock Show include the Kid’s Corral in the Ken Knott Barn where there will be many activities for kids to enjoy, Miller said. The Kid’s Corral opens at 4 p.m. June 11 and 2 p.m. June 12.

Rodeo tickets may be purchased online at the EOLS website or at the gate. Miller said this is the first year that tickets have been sold online and that EOLS officials are making sure a substantial number of tickets will also be available for walk-up customers. She explained this is because some people may feel uncomfortable buying tickets online or not have internet access at home.

“We want to make things as convenient as possible for everyone coming,” Miller said.

Dick Mason is a reporter with The Observer primarily covering the communities of North Powder, Imbler, Island City and Union,  education, Union County veterans programs and local history. Dick joined The Observer in 1983, first working as a sports and outdoors reporter.