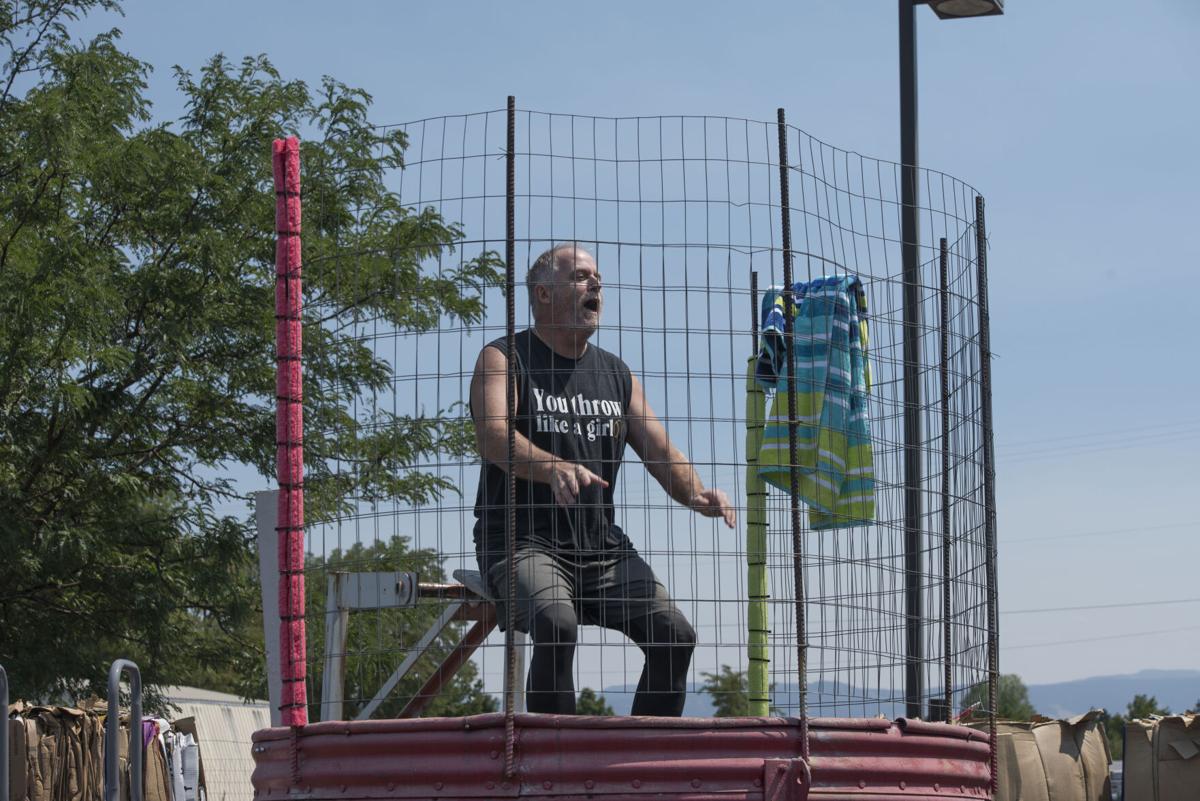 Grocery Outlet co-owner Randy Willson drops into the water tank in front of the store on Wednesday, July 21, 2021. Customers could pay $5 for the chance to dunk Willson, part of Grocery Outlet’s 11th annual Feed the Need fundraiser. 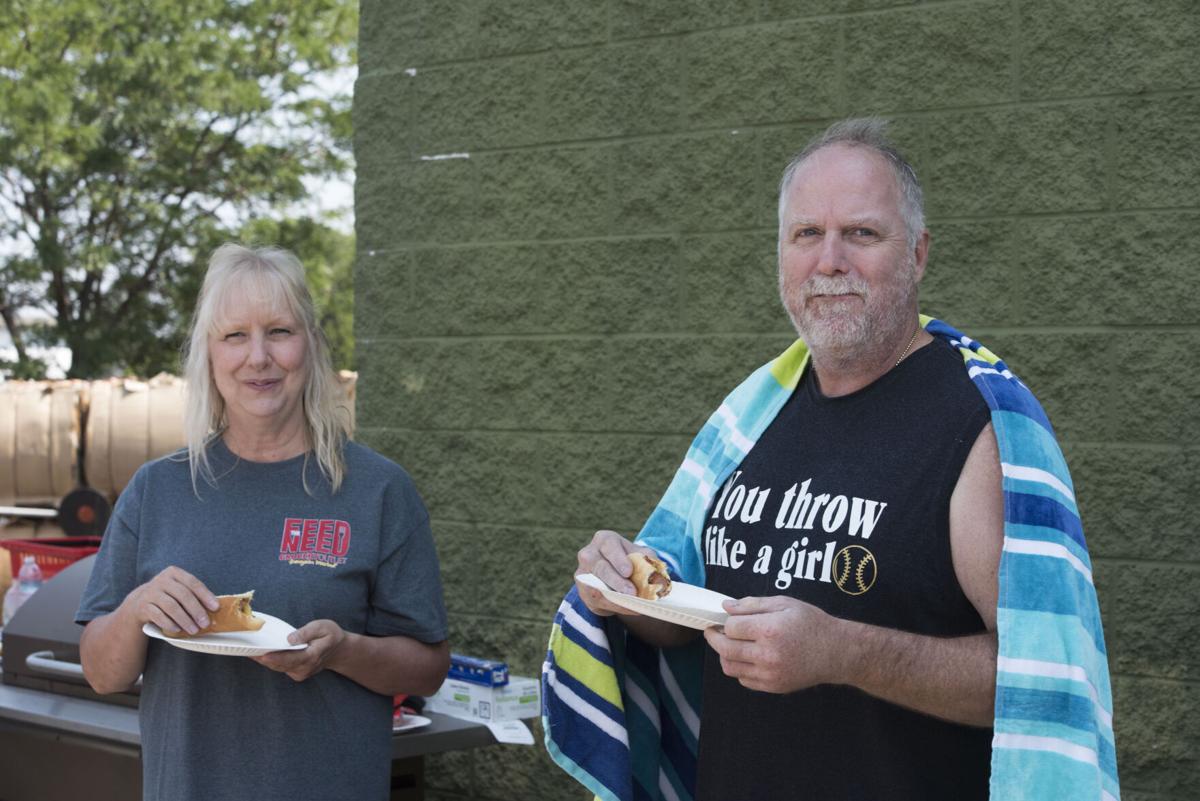 Grocery Outlet owners Michelle and Randy Willson take a break from the dunk tank to eat hot dogs at the store’s 11th annual Feed the Need fundraiser on Wednesday, July 21, 2021.

ISLAND CITY — Usually, customers at Grocery Outlet head straight from their cars to the inside of the Island City store. But on Wednesday, July 21, most stopped to check out the large water dunk tank sitting in the parking lot, and many paid the $5 to have a chance to submerge co-owner Randy Willson in the tank.

The event was part of Grocery Outlet’s 11th annual Feed the Need event, which raises proceeds for local food banks in the area.

“We’ve never done the dunk tank before, but I thought of it this year,” co-owner Michelle Willson said. “I thought a lot of people would like to dunk Randy.”

Every year, Grocery Outlet partners with local businesses to hold fundraisers throughout July. Along with the dunk tank, customers could purchase hot dogs and refreshments and take part in a silent auction of donated items. Randy Willson said he looks forward to fundraising every summer.

Grocery Outlet has been auctioning items on its Facebook page throughout the month. Some of the items sold so far are a snowboard, a skateboard and an air conditioning unit.

“We’ve grown every single year,” Randy Willson said. “Last year was the most successful year so far — the store raised over $17,000. People were very generous last year during the pandemic.”

All of the proceeds from this year’s event are going to the Community Connection Food Bank. According to Michelle Willson, these types of events are crucial to help residents facing food insecurity.

“People always donate in the winter, but there’s food insecurity in the summer as well, so that’s why we chose to do our event every July,” she said.