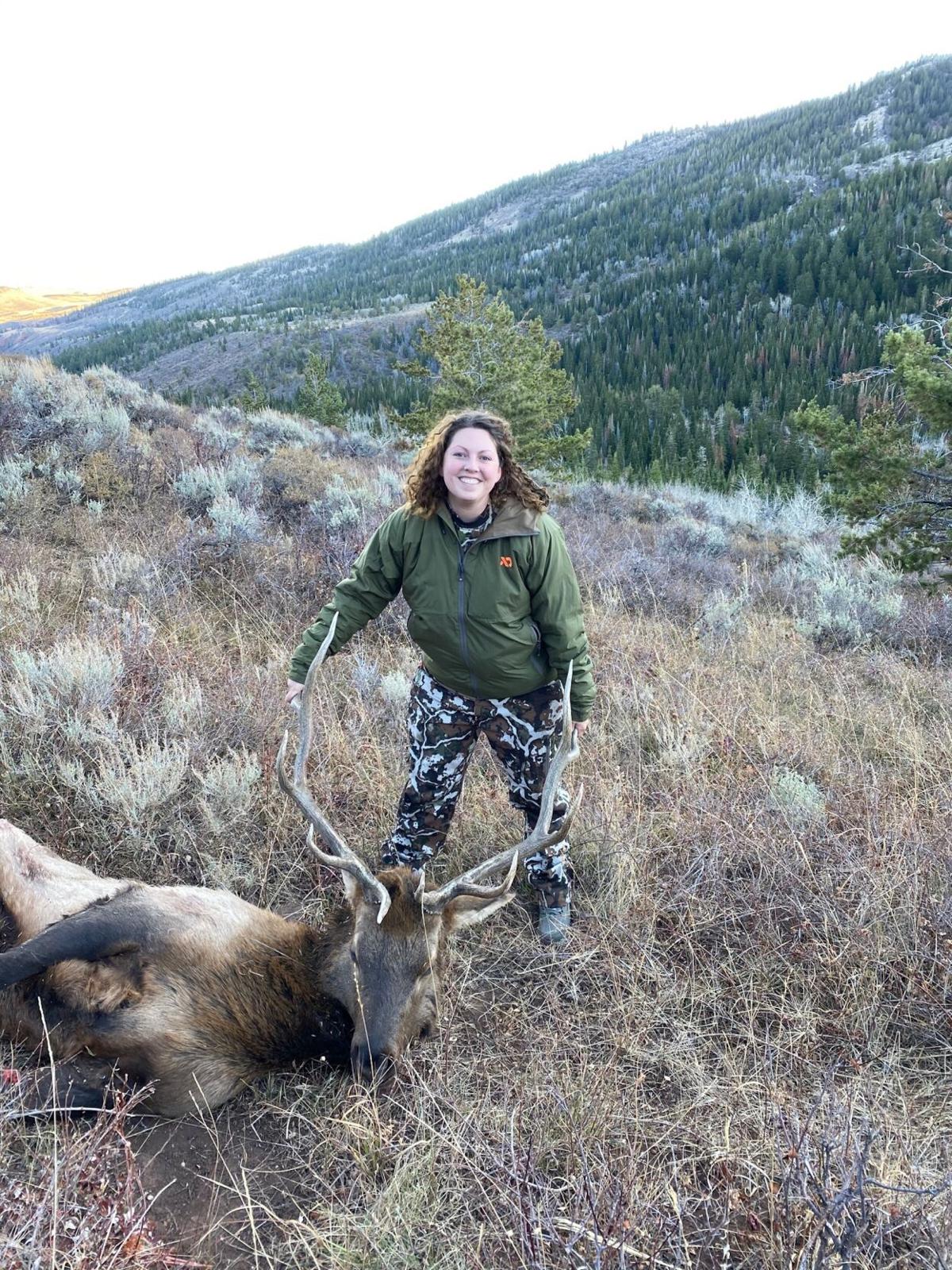 Nicolina Anderson of La Grande shows the branch antlered elk she shot in October 2020 while with a Hunting With Heroes party in southeast Wyoming. 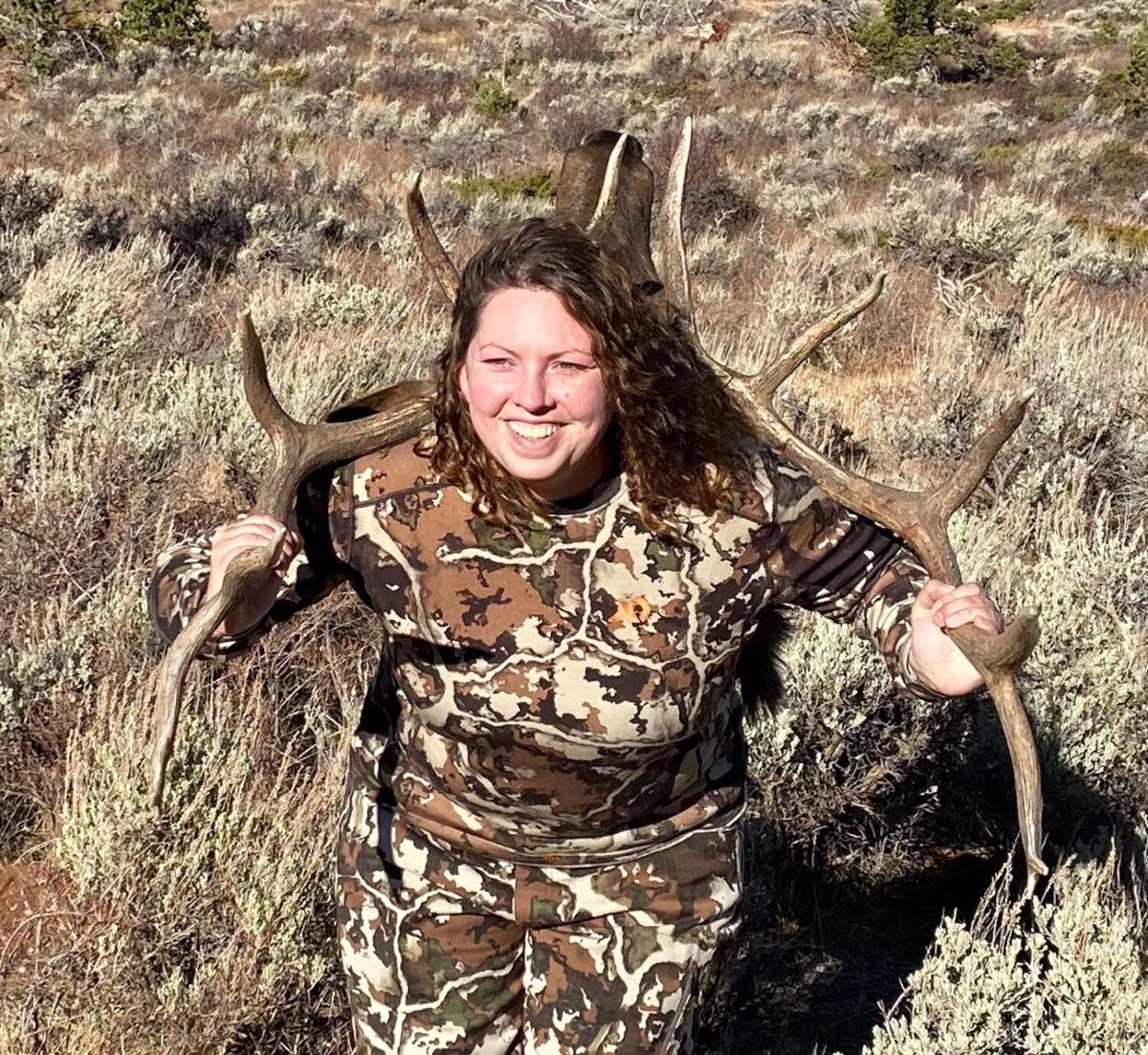 Nicolina Anderson of La Grande hefts the head and antlers of the elk she harvested in October 2020 in Wyoming. 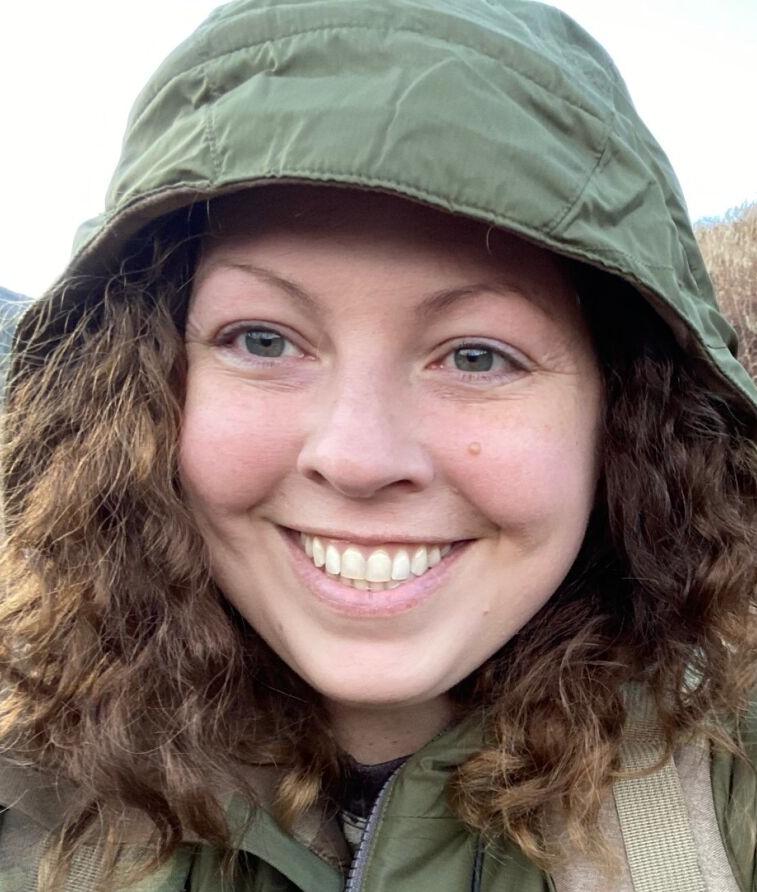 Nicolina Anderson of La Grande shows the branch antlered elk she shot in October 2020 while with a Hunting With Heroes party in southeast Wyoming.

Nicolina Anderson of La Grande hefts the head and antlers of the elk she harvested in October 2020 in Wyoming.

LA GRANDE — Nicolina Anderson of La Grande recently enjoyed one of the most exciting hunting experiences of her life — downing a branch antlered bull elk from about 450 yards in southeast Wyoming with her Tikka 308 bolt-action rifle.

Adrenaline coursed through her veins.

“I was shaking so much that I could not hold my binoculars still (to get a better view of the elk),” said Anderson, who had to switch to a mounted spotting scope.

Anderson was with a Hunting with Heroes party. The program provides free guided hunts in Wyoming for disabled veterans. Anderson suffered a serious abdominal injury while serving in the U.S. Army.

A rugged and thick draw separated the group from the bull Anderson had shot and it was too late in the day for her group to hike across it, gut the elk and pack it out. They had no choice but to return to their cabin.

When the hunters arrived to get the elk not long after sunrise the next day, they knew something was wrong, for the elk had already been partially gutted and dragged several feet.

“Some of its organs were gone,” Anderson said.

The members of the hunting party quickly determined a female cougar with a kitten had ripped into the elk. The cougars’ tracks looked fresh, and steam still rose from the freshly opened carcass, indicating the mountain lions had been present minutes earlier.

Anderson and her party, which included guides Jeff Grende of North Powder, feared the two cougars might return for the elk.

“We had someone on point (with a pistol watching for the cougars),” said Grende, who has been volunteering as a guide for Hunting with Heroes for four years, with his brothers Gee and Steve of Wyoming, who also assisted with Anderson’s hunt.

Jeff Grende said he has never had a cougar partially gut an elk someone in his party has taken.

“I’ve heard about it, but this was the first time I’ve seen it,” he said.

Fortunately the cougars did not reappear and the party was able to get the elk out safely. The organs the cougars escaped with included the elk’s heart, which disappointed Anderson.

“I’ve always wanted to eat an elk heart,” she said.

Anderson took the elk after a few days of dealing not only with challenging terrain but also cold, windy conditions. The wind blew constantly and sometimes reached speeds of about 40 mph.

Elk were abundant but not as common as the pronghorn antelope, which were everywhere. Anderson’s party also encountered a bull moose with a female and a calf.

“We didn’t want to get near them because they will charge,” Anderson said.

Anderson learned her name had been drawn for Hunting with Heroes last spring. News of her selection came out of the blue.

“I did not know my name had been put in,” said Anderson, explaining that Jeff Grende, a family friend, had done this without telling her.

Grende said he often nominates veterans he thinks would enjoy participating in Hunting with Heroes. The North Powder outdoorsman said he likes helping veterans overcome challenges to have successful hunts, and he does not foresee a day anytime soon that he will stop volunteering for the program.

“I always have a great time and it is so rewarding,” he said.