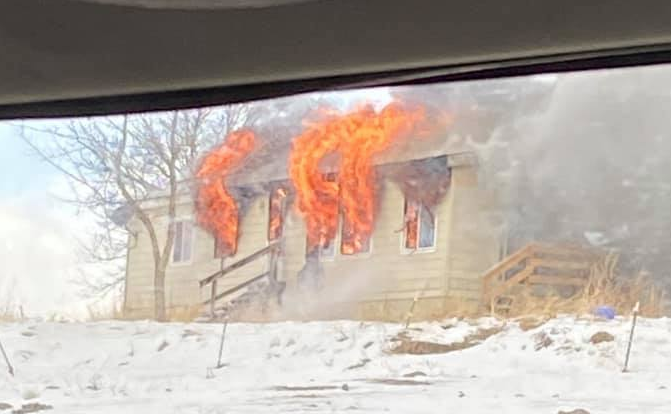 Flames burst from the windows of a vacant home Saturday, Nov. 14, 2020, that burned outside Elgin. 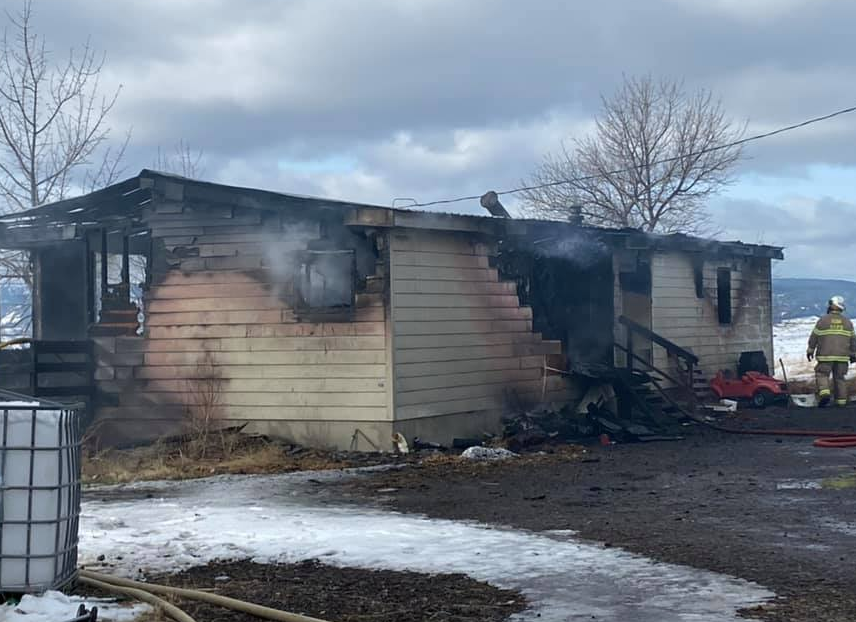 The remains of a vacant house near Highway 82 outside Elgin continues to smoke after a fire Saturday, Nov. 14, 2020.

Flames burst from the windows of a vacant home Saturday, Nov. 14, 2020, that burned outside Elgin.

The remains of a vacant house near Highway 82 outside Elgin continues to smoke after a fire Saturday, Nov. 14, 2020.

Kevin Silvernail, chief of the Elgin Rural Fire Department, confirmed no one was inside and there were no injuries.

“We put it out,” Silvernail said. “We had it knocked down within about a half an hour (and) we had about two-and-a-half hours of mopping up and investigating.”

The Elgin Rural Fire Protection received the call of the fire at 9:35 a.m. Saturday and responded shortly thereafter. More than a dozen firefighters, three fire engines and three water tenders were deployed to the scene.

Silvernail said law enforcement had characterized the circumstances surrounding the fire as “suspicious,” but the cause proved to be undeterminable, as the damage from the fire left little evidence.

The Union County Sheriff’s Office reported a deputy is investigating the fire alongside the Oregon State Police Arson Unit, but the sheriff’s office did not characterize the case or comment further.