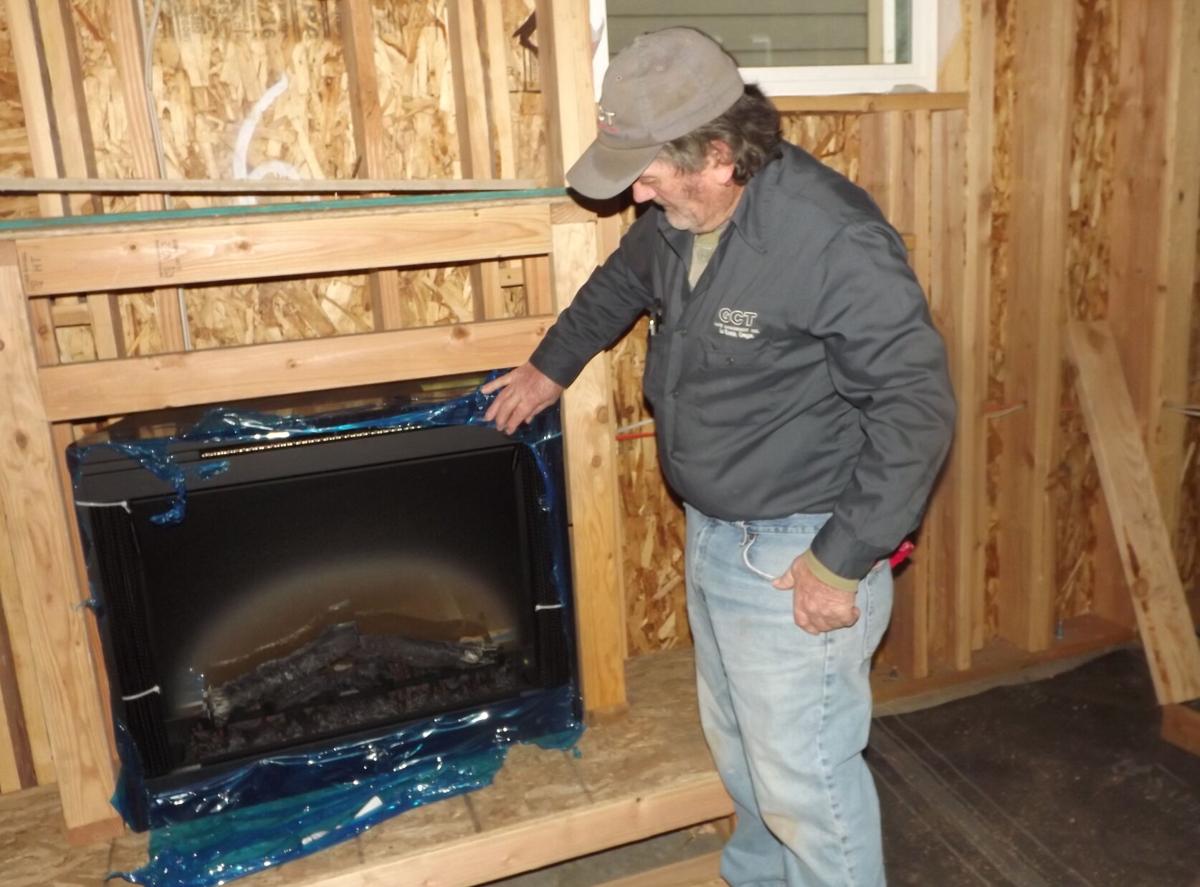 Bob Haley of GCT Land Management examines an electric fireplace Tuesday, Dec. 15, 2020, in one of the homes under construction at Veterans Village Union County in La Grande. 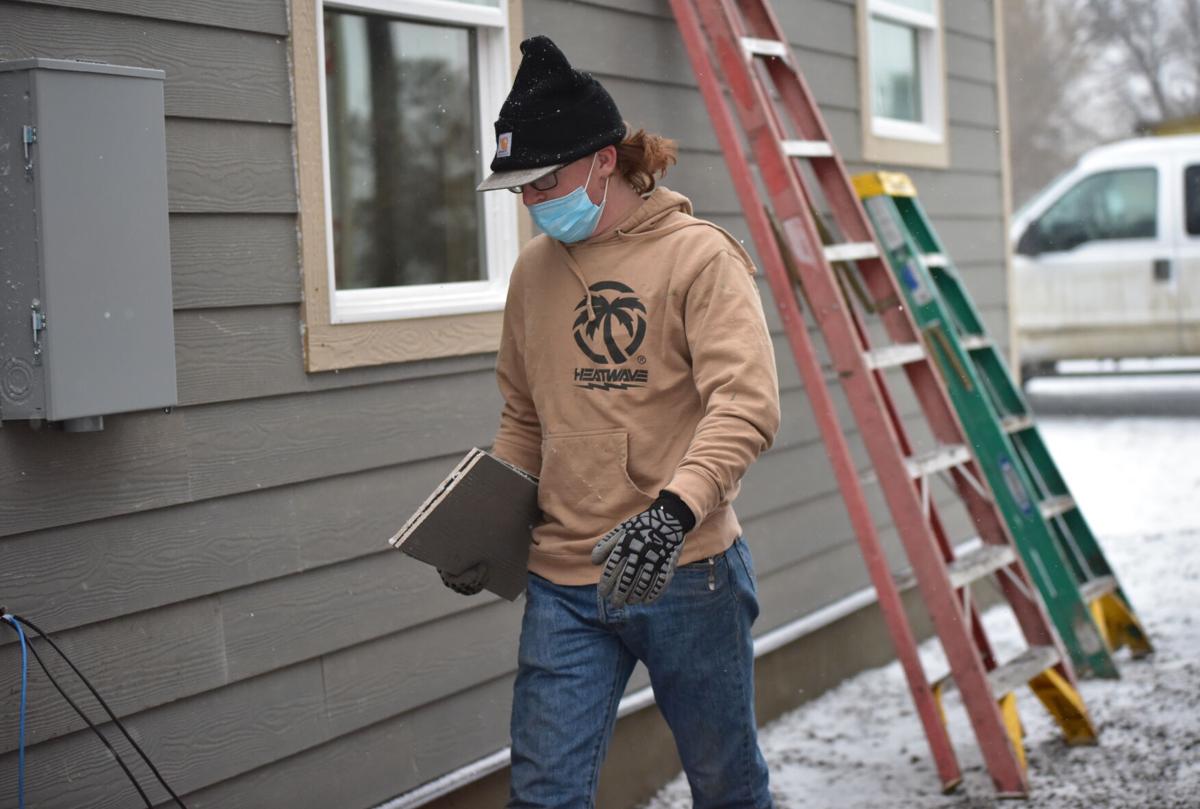 Bob Haley of GCT Land Management examines an electric fireplace Tuesday, Dec. 15, 2020, in one of the homes under construction at Veterans Village Union County in La Grande.

LA GRANDE — A new community is taking shape in La Grande, one which may blaze a trail for others to follow.

Veterans Village Union County will be a community to help veterans who are homeless or have low incomes. Workers are making significant progress in its construction at 1612 Russell Ave. Four of the village’s 10 planned small cottage-style homes are close to being completed.

“We should have (the four homes) finished by March,” said Gust Tsiatsos, the contractor of the project and the owner of GCT Land Management with his wife, Karin.

In addition, the foundations for two more of the small homes have been poured, Gust Tsiatsos said. He said he hopes to have Veterans Village Union County finished by the fall of 2021, at which time veterans can begin moving in. Three of the 10 homes will be handicapped accessible.

Veterans Village is being constructed with the help of a grant from Oregon Housing and Community Services, Oregon’s state housing finance agency. OHCS provides financial and program support for projects that create and maintain quality, affordable housing for Oregonians of lower and moderate income.

Veterans Village Union County is one of several small-home housing projects for veterans in Oregon. The homes provided at the others are often not as large as those being built at Veterans Village UC, Tsiatsos said. The contractor said in a press release he hopes Veterans Village will be successful to the point that it can be used as a model for future projects in the community and the region.

Tsiatsos said the relatively mild conditions Union County is experiencing late this fall is helping with the construction process.

“On Saturday (Dec. 12) we were able to get a concrete foundation put in. It is unusual to be able to do that this time of the year,” Tsiatsos said on Dec. 14.

Each unit in the village will have 480 square feet of space, but the design gives the small homes a bigger look and feel. These include the construction of tall pitched roofs over 9-foot ceilings, Tsiatsos said. Large living room windows and sliding glass doors in the back also work to enhance the feeling of spaciousness.

Veterans Village will have features aimed at creating a sense of engagement and a neighborhood feeling, said Terri Bradley of GCT Land Management. These include a community center, dog park, benches and common lawns.

The house that workers at the site are using as a base will become the community center after renovations. The center will serve as a place where veterans can meet with officials from the Department of Veterans Affairs, the Center for Human Development, Community Connection of Northeast Oregon and other organizations offering supportive services to veterans.

“It will provide access to support services, which will give them a chance to grow and flourish,” said Bradley, who added that veterans will be able to stay in the homes as long as they want to.

One of the final phases of the Veterans Village project will include the installation of curbs and sidewalks and extensive landscaping.

Numerous businesses, agencies and organizations have contributed to or will be participating in Veterans Village Union County, including Ace Hardware, the Center for Human Development, Community Connection of Northeast Oregon, Eastern Oregon University Small Business Development Center and the Oregon Youth Authority’s Camp Riverbend Youth Transitional Facility, all based in La Grande, plus the Confederated Tribes of the Umatilla Indian Reservation near Pendleton and the Oregon Department of Human Services.

"It will provide access to support services, which will give them a chance to grow and flourish."