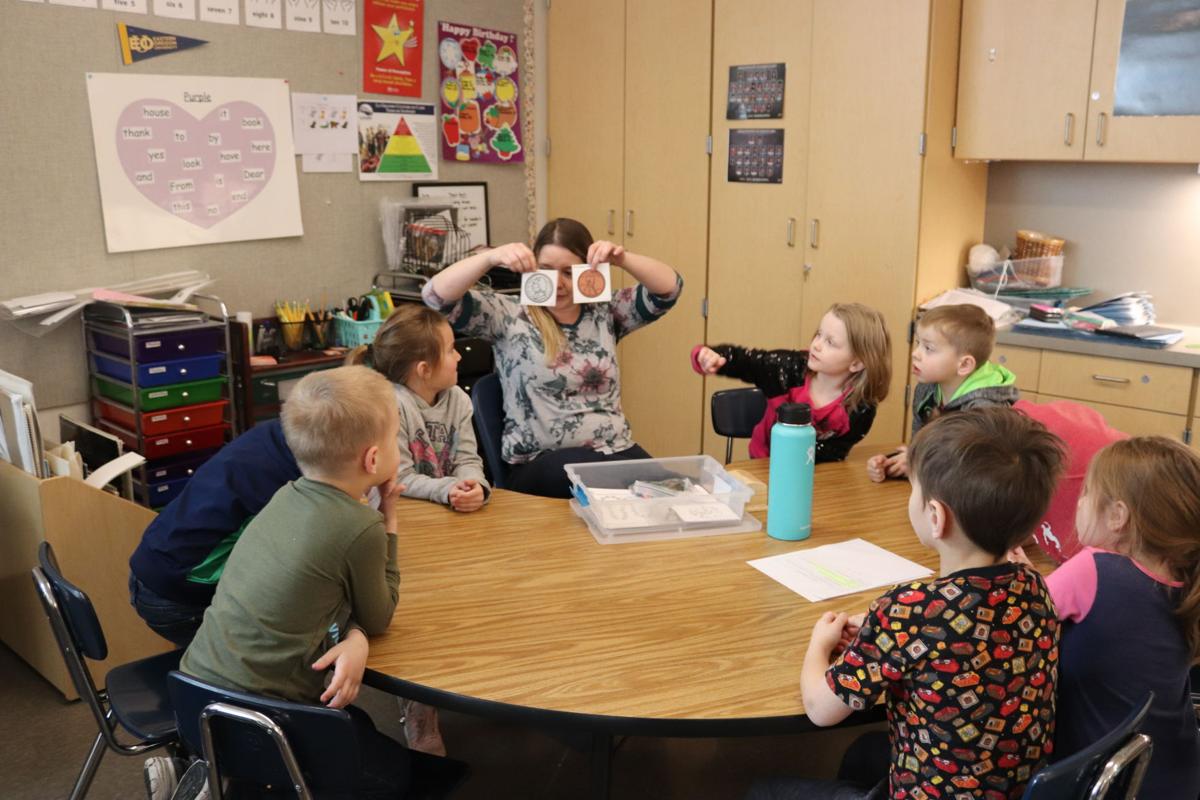 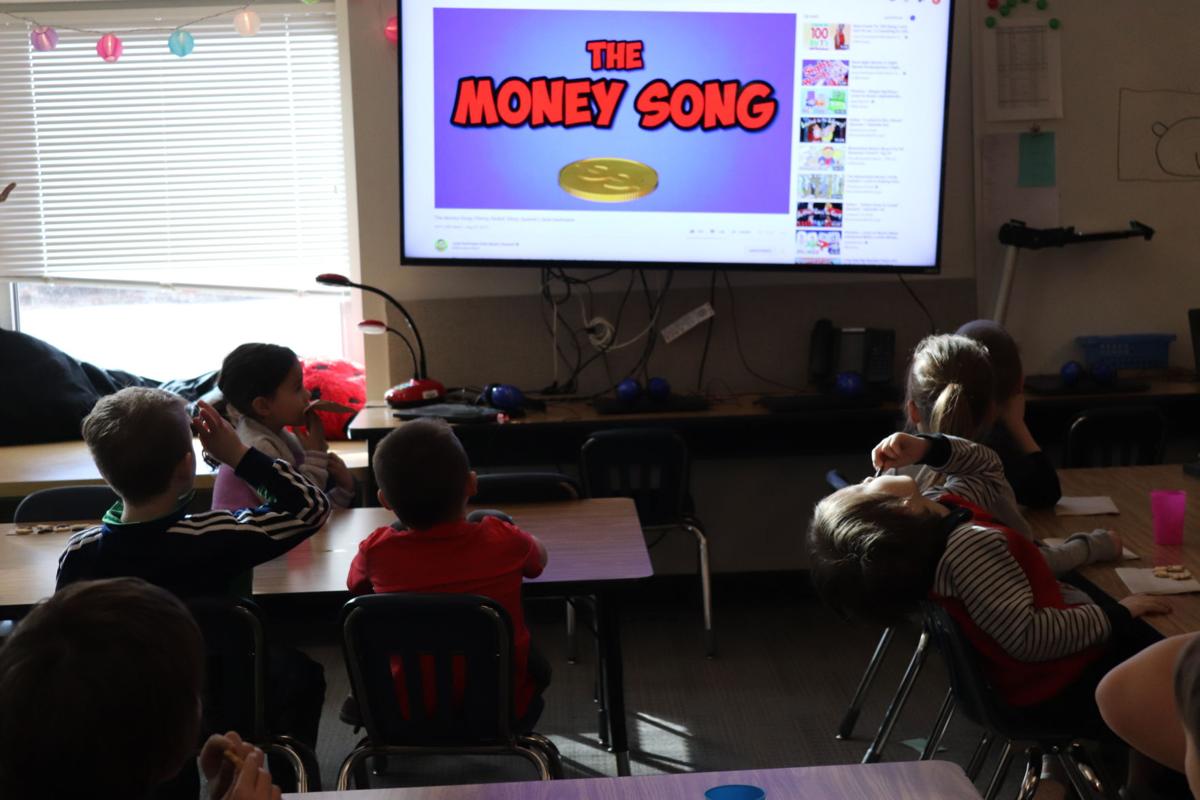 Kindergarten students at Greenwood Elementary School, La Grande, learn about math Wednesday through a variety of techniques, including videos and hands-on instruction.

UNION COUNTY — Kindergarten students in Union County school districts are on track or slightly above the state average, according to the Oregon Department of Education 2019-2020 Kindergarten Assessment.

The assessment during the first six weeks of school measured students' math, reading, writing and social skills. In most assessments, the schools of Union County scored at or above the state average. However, the Union School District was behind in math, and Imbler and Elgin were behind in social skills.

"The assessment is a quick snapshot," La Grande's Greenwood Elementary School principal Ryan Westenskow said. "It is only so useful. What this data tells me is we are right in the mix. We don't want to toot our horn, but we don't want to freak out about those numbers either."

"The skills assessed on the Kindergarten Assessment align with early learning and Oregon state standards," said Holly Dalton, an early learning specialist at the state education department. "They are predictive of later success in school. For instance, the results of the Kindergarten Assessment are largely correlated with our third grade outcomes."

Union Elementary School principal Chris Dunlap said the goals for kindergarten students at the school are focused on giving them an educational foundation.

"Kindergarten is the baseline," Dunlap said. "First through second grade is where they really turn things up."

Teacher aides and maintaining small class sizes that can break up into even smaller groups, Westenskow said, have helped Greenwood achieve success in teaching kindergartners.

"If we can get a kid to make it through the day, without falling asleep, who can act (in) socially acceptable(ways) and who has the basics of reading, writing and math, then that student is on track," Westenskow said.

According to Dalton, results can vary from school to school or district to district based upon a variety of factors, including socio-economic status, access to quality early childhood programs and experiences and students who speak English as a second language.

"They might vary from year to year because the assessment measures different cohorts of students," Dalton said of the changes in rates. "In addition, students could do better if more supports are provided each year."

La Grande School District has a kindergarten jumpstart program for students who demonstrate a need for additional help and attention. Those young students can come into the school during the summer before classes begin to get used to the new environment.

Dunlap noted having good preschools in the area such as Heidi-Ho in La Grande and Head Start can be beneficial to setting up a child for success. Westenskow said he has seen evidence that students are more successful when they have a supportive environment that encourages learning.