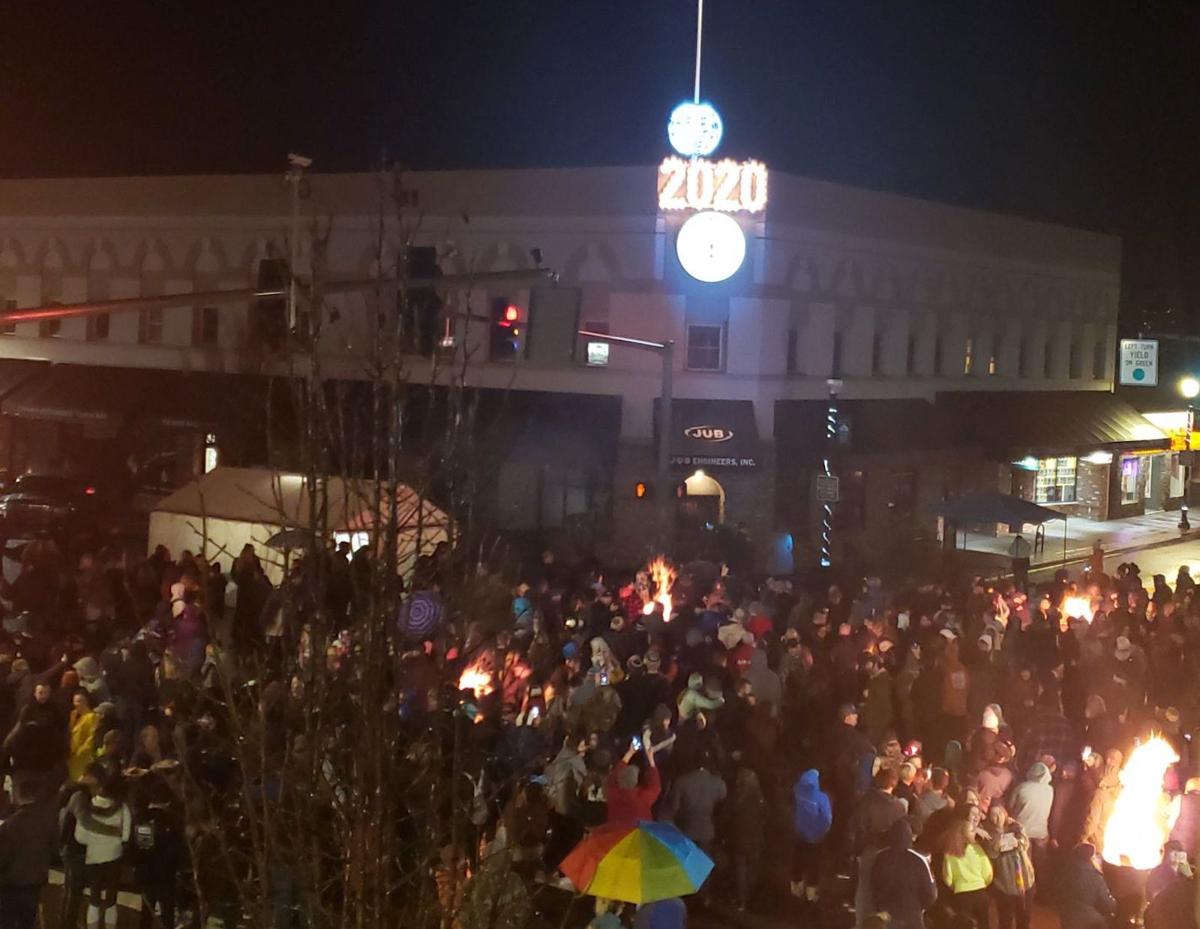 Locals fill downtown La Grande during the New Year's Eve block party to watch the ball drop and welcome in 2020. 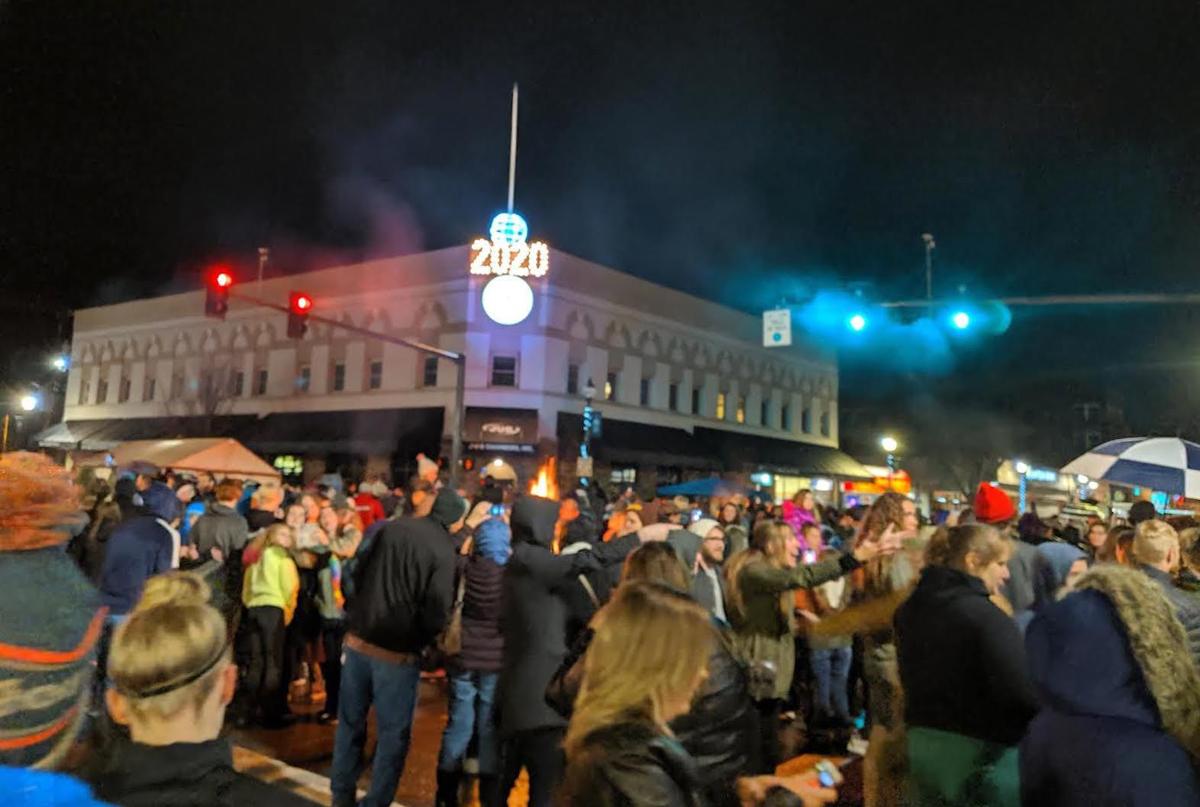 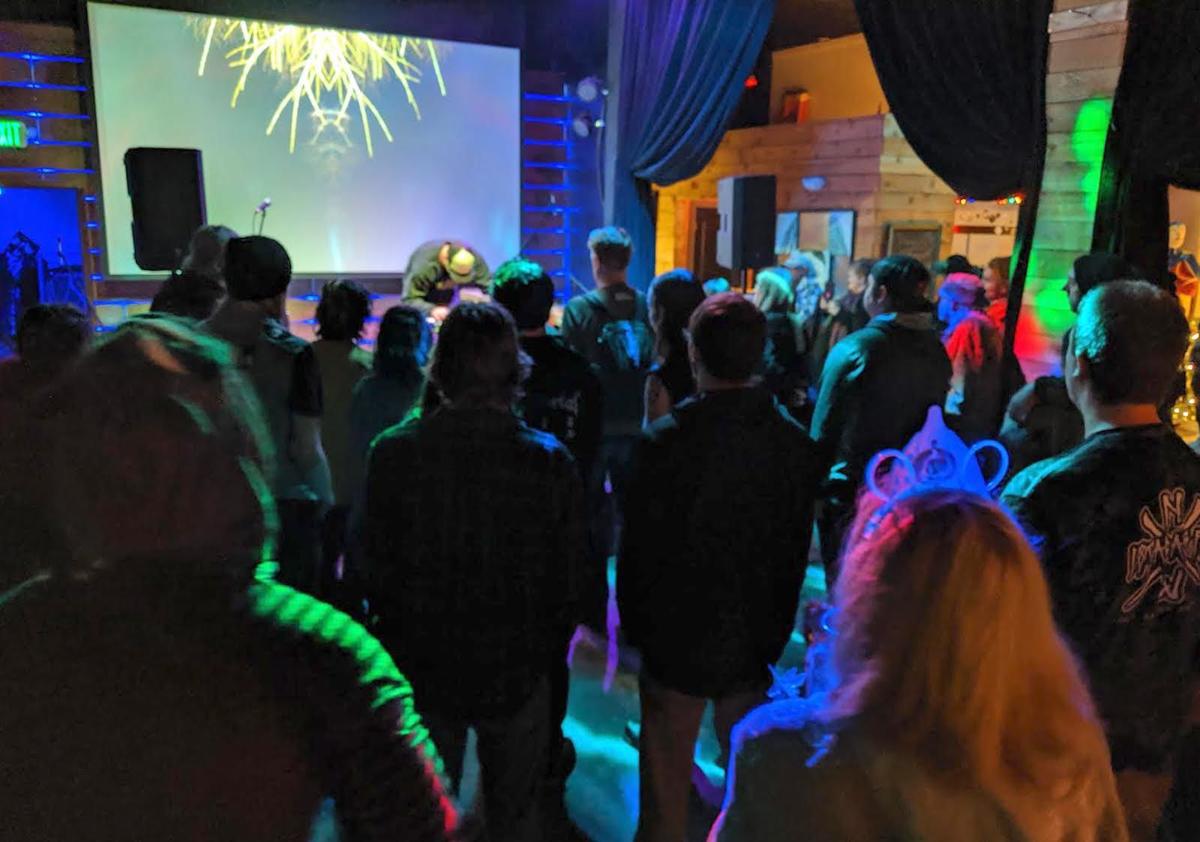 The crowd at hq in downtown La Grande chills to the musical creations of Swawm Pass during early part of Tuesday night's New Year's Eve party.

LA GRANDE — Despite the rain, the crowd in downtown La Grande rang in the new year and new decade as part of the annual New Year’s Eve Block Party.

At midnight, a metal ball covered in lights descended the flagpole atop the Johnson building. The crowd joined in counting down from 10 to one, then burst out in whoops and shouts of “Happy New Year” to mark the start of 2020.

Ashley O’Toole of La Grande founded and organized the event, now in its sixth year, which the La Grande Main Street Downtown organization hosts. O’Toole said he came up with the idea for the block party after seeing a rendering in 2014 for the refurbishment of the street corner where a flagpole and clock topped the building.

“It reminded me of a New Year’s Eve party I went to when I was deployed in Spain,” said O’Toole, a U.S. Navy veteran. “They had a clock and everyone gathered around to watch the clock turn to midnight and celebrate.”

He said the ball drop is based on the famous New Year’s Eve party in New York City’s Times Square. This year, the La Grande ball, which local contractor Bryan Grimshaw constructed, has new light ropes. In previous years it was decorated with around 1,500 Christmas lights.

The La Grande Rural Fire District used one of its ladder trucks Sunday morning to reach the top of the building and place the ball on the flagpole. La Grande Main Street Downtown posted on the event’s Facebook page that it was a great opportunity for training on the bucket ladder.

O’Toole said the block party has increased in popularity every year, with more people coming and more businesses staying open and participating in the festivities.

“It is a simple party,” he said. “The real party is the people. We just provide the burn barrels, music and a ball to drop.”

The party began at 10 p.m. with music playing down the blocks, barrels of fire kept partygoers warm, hot chocolate on was served in a warming tent that sheltered people from the rain. The multi-use venue hq at 112 Depot St. also joined the festivities, complete with an array of area bands.

After the ball dropped, a couple of fireworks went off and the party wrapped up by 12:30 a.m. and Adams reopened for cars.

“I thought throwing the party would be a good idea and relatively easy to pull off,” O’Toole said. “I want everyone to love where they live and take pride in their community, and this event is one way they can.”