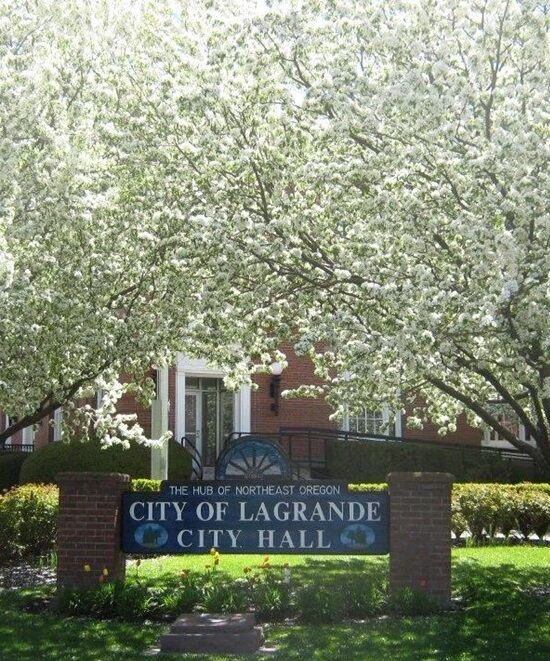 Trees in bloom shade out the sign at city hall in downtown La Grande. The town in 2020 earned a “Growth Award” from Tree City USA for a 29th consecutive year. 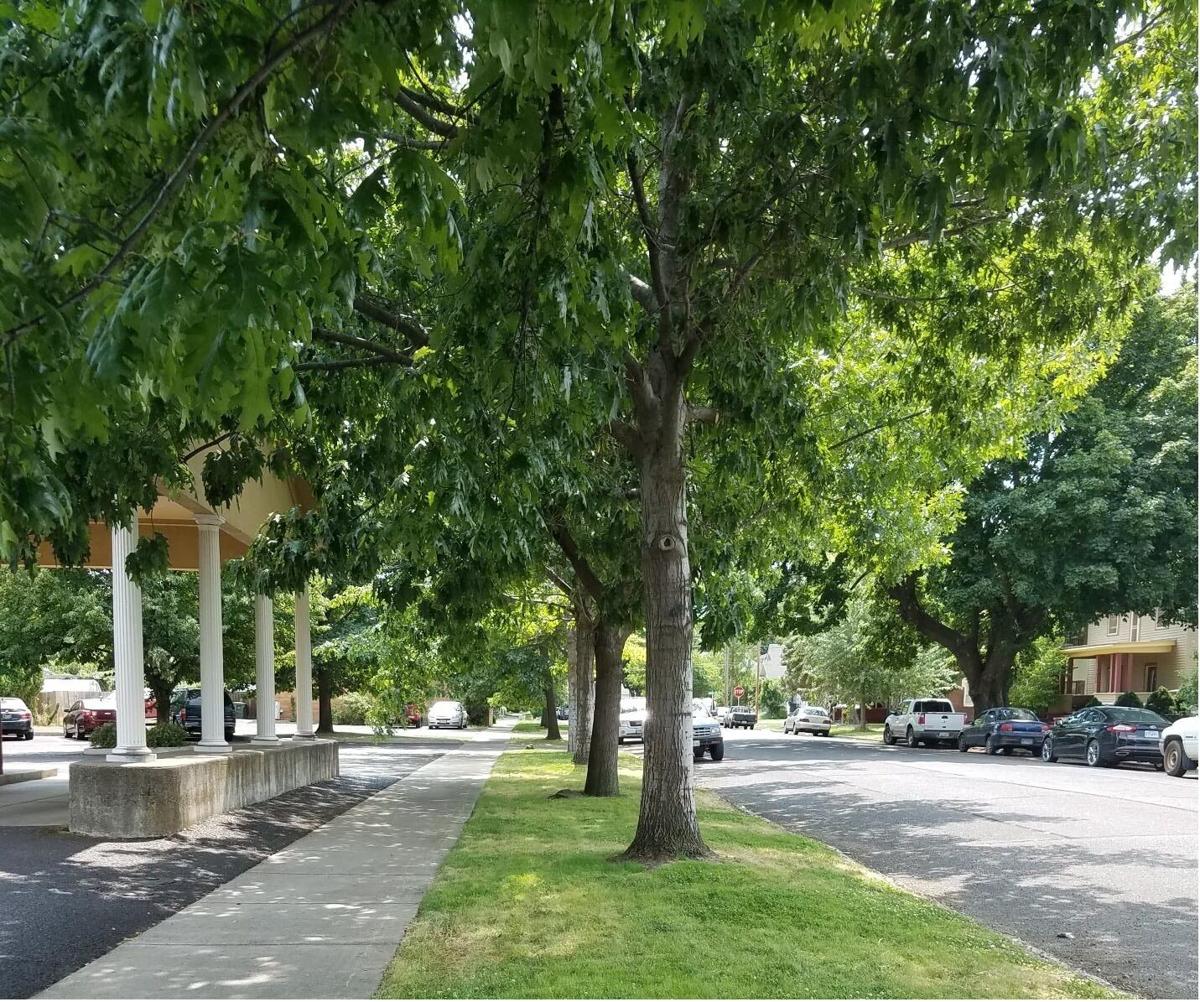 LA GRANDE — The city of La Grande’s urban forestry program has garnered special attention as part of the Tree City USA program, earning a “Growth Award” for the 29th consecutive year in 2020.

No other city in the Pacific Northwest can compete with that winning streak, according to Teresa Gustafson, the city’s urban forester, and heading into 2020, La Grande was tied for second best in the nation among some 3,600 other cities across the United States in that regard.

“What’s cool about the Growth Award program … is that it encourages cities to expand and improve their community forestry program,” Gustafson said. “That’s important because of all the benefits that our trees and urban forests provide, and that’s everything from clean air, clean water, shade, energy (use) reduction, beautification, wildlife habitat, the list goes on and on and on.”

“There’s always projects on the horizon for expanding where we plant trees,” Gustafson said. “We’ve got a couple lined up this year that we’re excited about.”

Among the requirements for a city to participate in the Tree City USA program is a stipulation that $2 per resident be spent on urban forestry. La Grande far outpaces that benchmark, spending $18 per capita in 2020 — a price tag that notably includes the cost of volunteered labor.

Gustafson said she hoped people recognize that trees are “growing, living things that need care and support” and mark their importance as a vital part of La Grande.