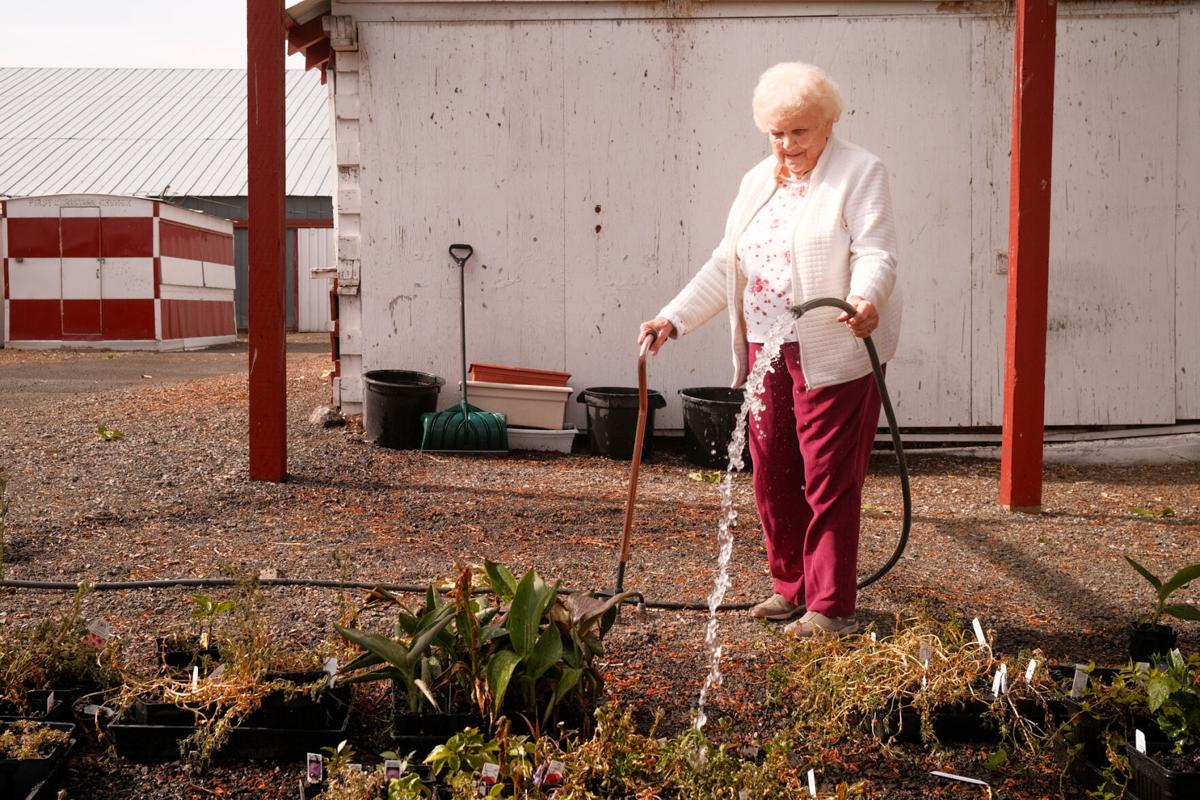 Christine Courtright waters potted plants at the Union County Fairgrounds on Monday, June 7, 2021. Courtright has been volunteering at the fairgrounds for nearly 50 years, and now the La Grande Lions Club are stepping up to take over her role as floral caretaker for the fairgrounds. 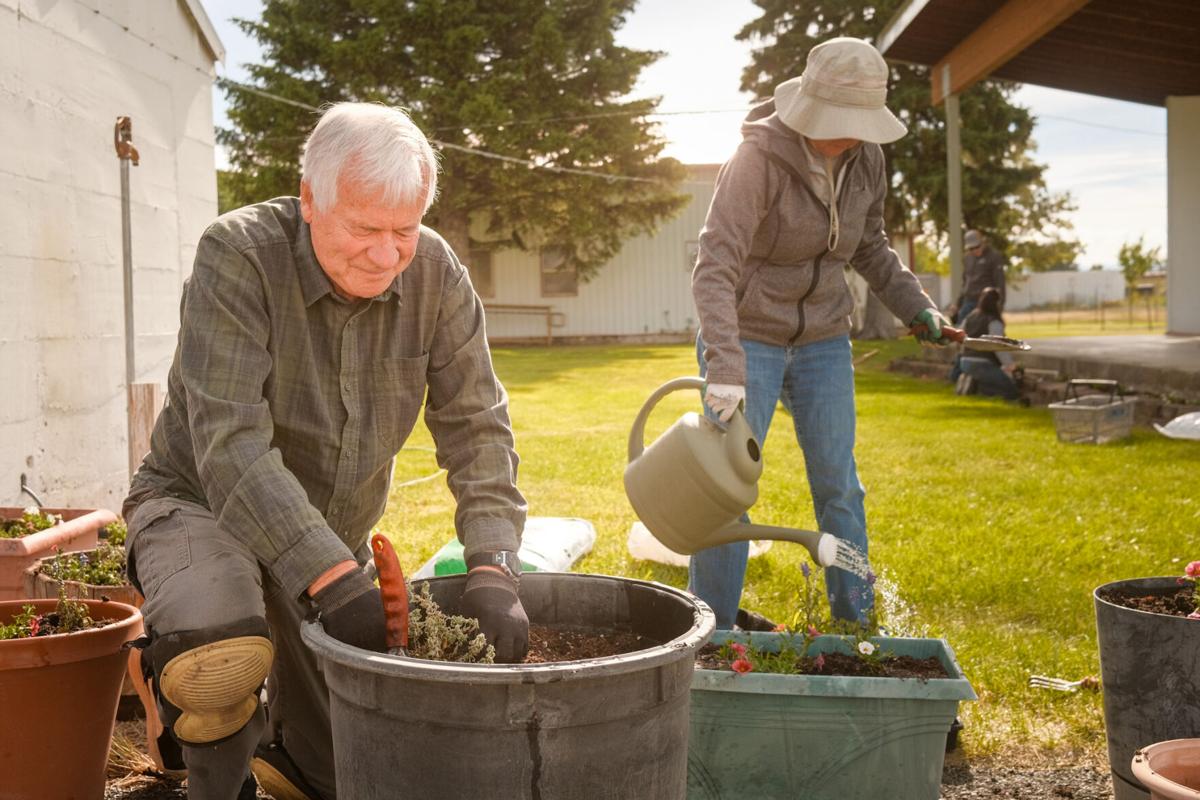 Christine Courtright waters potted plants at the Union County Fairgrounds on Monday, June 7, 2021. Courtright has been volunteering at the fairgrounds for nearly 50 years, and now the La Grande Lions Club are stepping up to take over her role as floral caretaker for the fairgrounds.

LA GRANDE — The Union County Fair has changed significantly in the past four decades but one thing which has remained constant is the presence and inspiration of Christine Courtright.

Courtright has been a volunteer for the fair for 47 years and today remains as dedicated as ever to it. Health issues, however, are making it harder for her to work as much as she previously has.

Enter the La Grande Lions Club, which is extending a hand to Courtright. Members of the Lions Club are taking over much of the planting and care of the many dozens of flowers at the Union County Fairgrounds. This is work Courtright had done single handedly for decades, labor the Lions Club started taking over Monday, June 7 with a planting day.

“We are taking this on as a community service project,” said Brent Lewis, one of six La Grande Lions Club members who worked Monday, July 7, at the fairgrounds.

Courtright is more than delighted for the Lions Club’s work.

“I can’t see the fairgrounds without flowers,” she said.

The flowers planted June 7 were donated by Imbler High School’s FFA chapter, which is led by advisor J.D. Cant, an agricultural sciences teacher at the school. The flowers, primarily petunias, are ones that were not sold at the chapter’s annual plant sale.

Courtright oversaw the work day at the fairgrounds, one of her favorite places.

“I enjoy spending time here. It is kind of a soothing place,” she said.

Courtright’s nearly incomparable volunteer work at the fairgrounds and in the community has not gone unnoticed. She is a two-time winner of the Chamber of Commerce Woman of the Year award. She was honored for her work with the Union County Fair, leadership of 4-H clubs and involvement in the First United Methodist Church and Grande Ronde Hospital.

A decade ago the fair’s textile office building was named in her honor. Such honors have recognized Courtright not only as a volunteer but also a leader of the Union County Fair.

Courtright served in the dual position of fair president and manager for about 25 years from the mid 1970s to the late 1990s. After the positions were split, she continued working as the fair manager. In 2003, she resigned that post and took a position on the Union County Fair’s advisory board, one she still holds.

Lewis said Courtright has a lot of wisdom to share about the fairgrounds and that members of the La Grande Lions Club will be consulting her frequently for advice in the future about planting and caring for the flowers.

The Lions Club’s gardening handiwork will be available for all to see when the Union County Fair opens on Aug. 4 for a four-day run. The fair was cancelled in 2020 because of the COVID-19 pandemic but is set to be conducted again this year because of declining infection rates.