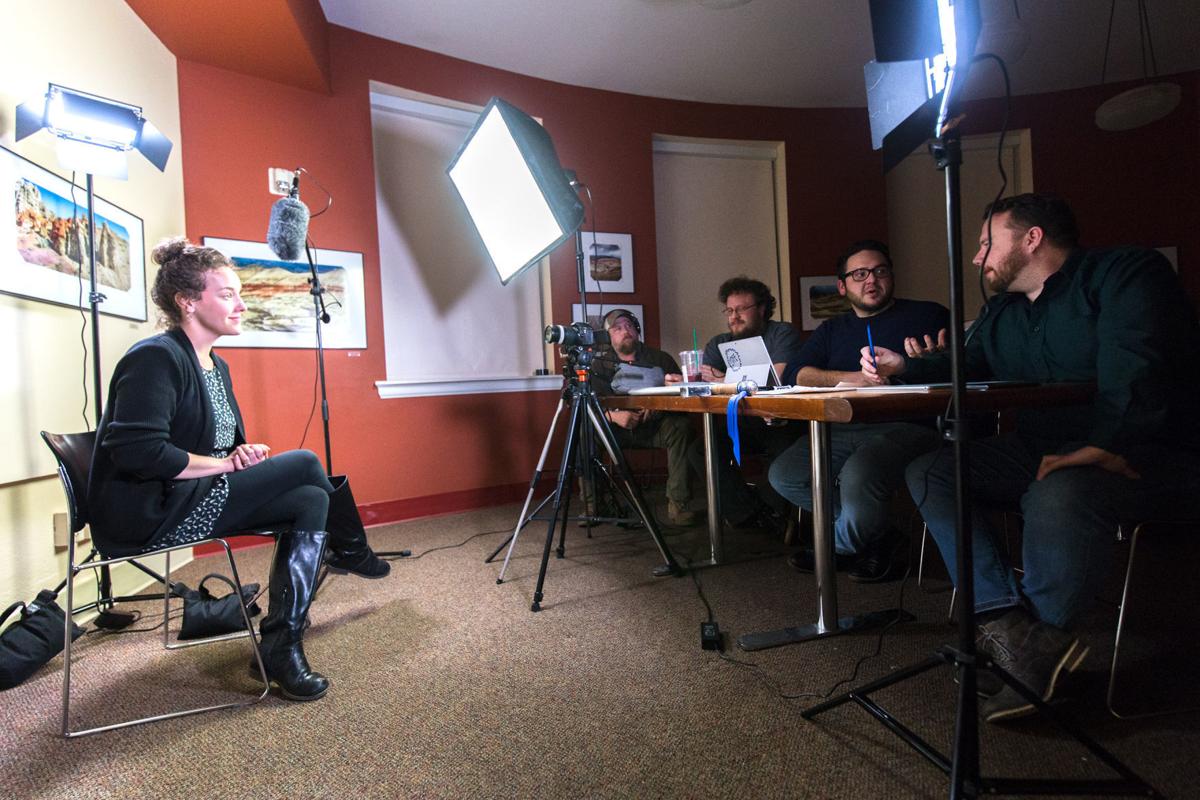 Kate Brizendine talks to J.J. Hill and Liberty O'Dell, seated right, the directors of the new movie “Out of Character” during a casting call recently at the Pendleton Center for the Arts. Hill and O'Dell, former Eastern Oregon University students, aim to showcase Eastern Oregon in the film. 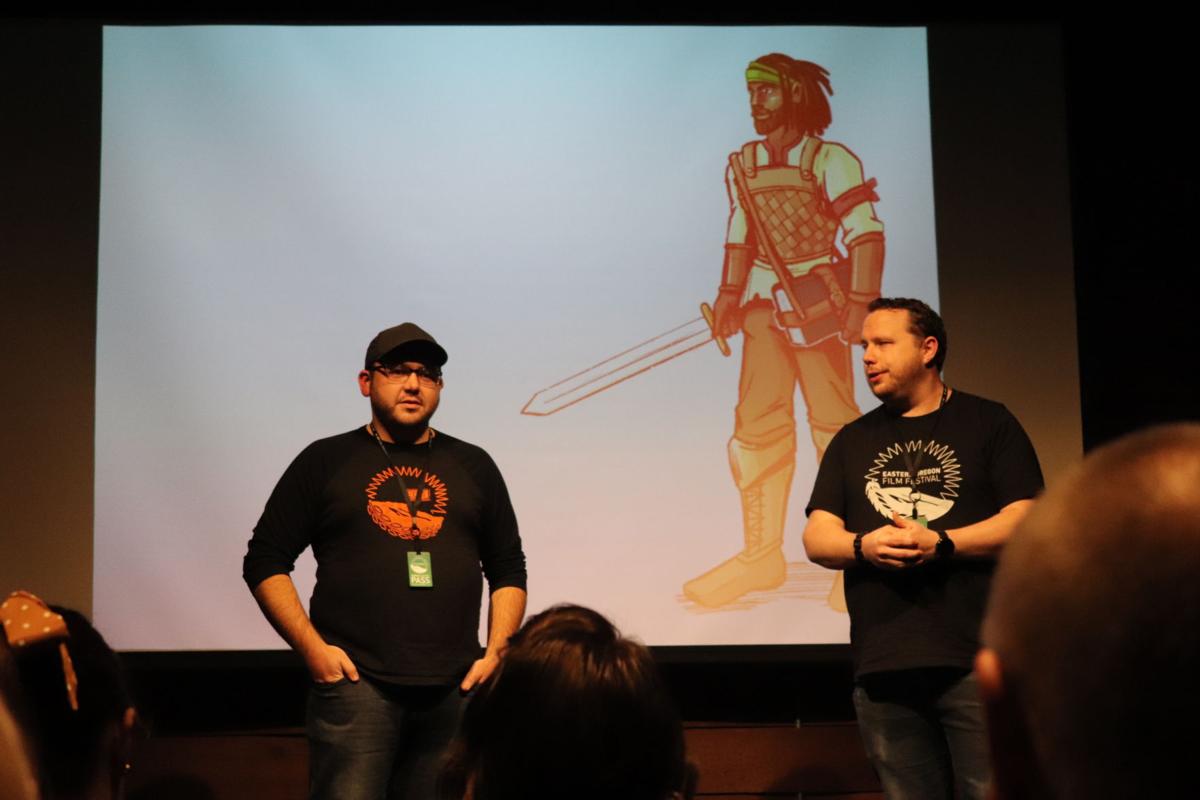 Local filmmakers J.J. Hill and Liberty O’Dell share their idea for their feature-length film “Out of Character” in October 2019 at the Eastern Oregon Film Festival, La Grande. EOFF debuts its filmmaker residency program in the spring of 2021.

LA GRANDE — Northeast Oregon soon will be the setting of a full-length feature film. Local film artists and former Eastern Oregon University students J.J. Hill and Liberty O’Dell are bringing together live-action role-playing and documentary-style filmmaking in their feature “Out of Character.”

“The idea of the film came from a desire to create,” Hill said. “I looked at the environment of Eastern Oregon, the people that make up the community, and realized that everyday people can be just as interesting as the movie stars they watch.”

“Out of Character” is about a group of live-action role-players competing in a battle. Hill and O’Dell described it is a real-life documentary about an event that never happened.

Production for the film began in January 2019 with the script drafted out and a small production team gathered by March. Hill and O’Dell shared their vision at the Eastern Oregon Film Festival in October in La Grande. The film also is receiving funding from the festival. Additional funding comes from grants and donations, along with in-kind contributions, such as production tools and the use of locations. The total cost estimate for the film is $120,000.

Hill and O’Dell often talked at the same time, interjecting and finishing each other’s sentences.

The community in northeast Oregon also is supporting the film by giving their time and talents as crew and cast members. According to Hill and O’Dell, the production team has recruited more than 30 people from La Grande, Pendleton and Baker City, including performers, designers and caterers. The team is looking for around 80 actors to serve as extras and featured performers. They plan to begin filming in the spring of 2020, and most of the filming will take place on weekends to avoid schedule conflicts.

After filming, post production and editing will take about three to five months, and the movie will premiere at EOFF 2020 with plans to submit a final product by 2021 to film festivals, including EOFF.

Hill and O’Dell met while attending Eastern Oregon University and began working together on theater projects until they both graduated with degrees in theater. After college, they reconnected in New York and each eventually moved back to Eastern Oregon.

“During my time at the college I received national awards for radio ads I created and narrated,” said Hill, who lives in Pendleton and works as a college recruitment coordinator. “This sparked my need to create more and led me to this idea. I had heard Liberty moved back to the area when I was working on the idea for the film, and I gave him a call. And here we are.”

O’Dell moved to New York after attending Eastern Oregon U to study acting and created SecondHand Theater Company, a group specializing in short films and self-created collaborative works. He moved back to La Grande to help run his family’s business, the La Grande Liquor and Smoke Shoppe.

“I am passionate about self-created work, and creation through collaboration, so when J.J. approached me with an idea for creating such a grand work, with so many connections to the community and area, I could not resist,” O’Dell said.

This new effort has turned out well for them.

“Working on this project is one of the most fulfilling artistic expressions of my career, and I am supremely lucky to be working on it with such a collaborative spirit,” O’Dell said of Hill. “I believe that every endeavor can be made greater through synergy and collaboration. J.J. brings such a sense of humor and humanity to the project, and he manages to keep most of my excessive ideas at bay.”

While they have worked together before, this is the first time either Hill and O’Dell has attempted to make a full-length feature film. The biggest issue they seem to have is finding enough people to work behind the camera. However, with more crew calls in the works, they hope to fill that need.

“What is easy to forget is just how complicated a film project can be. Between continuity, script edits, directing, photography, lighting, sound, effects, blocking, weather and cast management there are a lot of jobs and positions available that we need to fill,” O’Dell said. “We are invested in finding talented and passionate collaborators.”