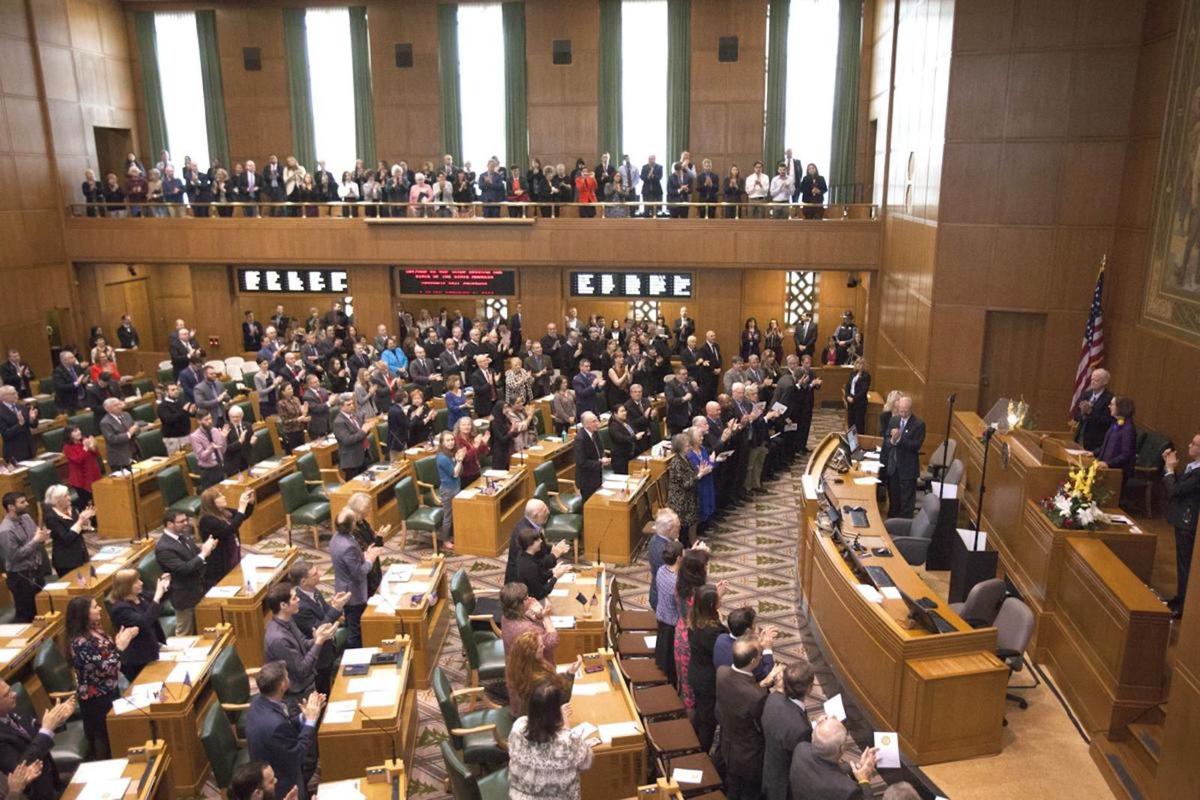 As 2020 begins, the Oregon Legislature passed hundred of new bills that go into effect this year. 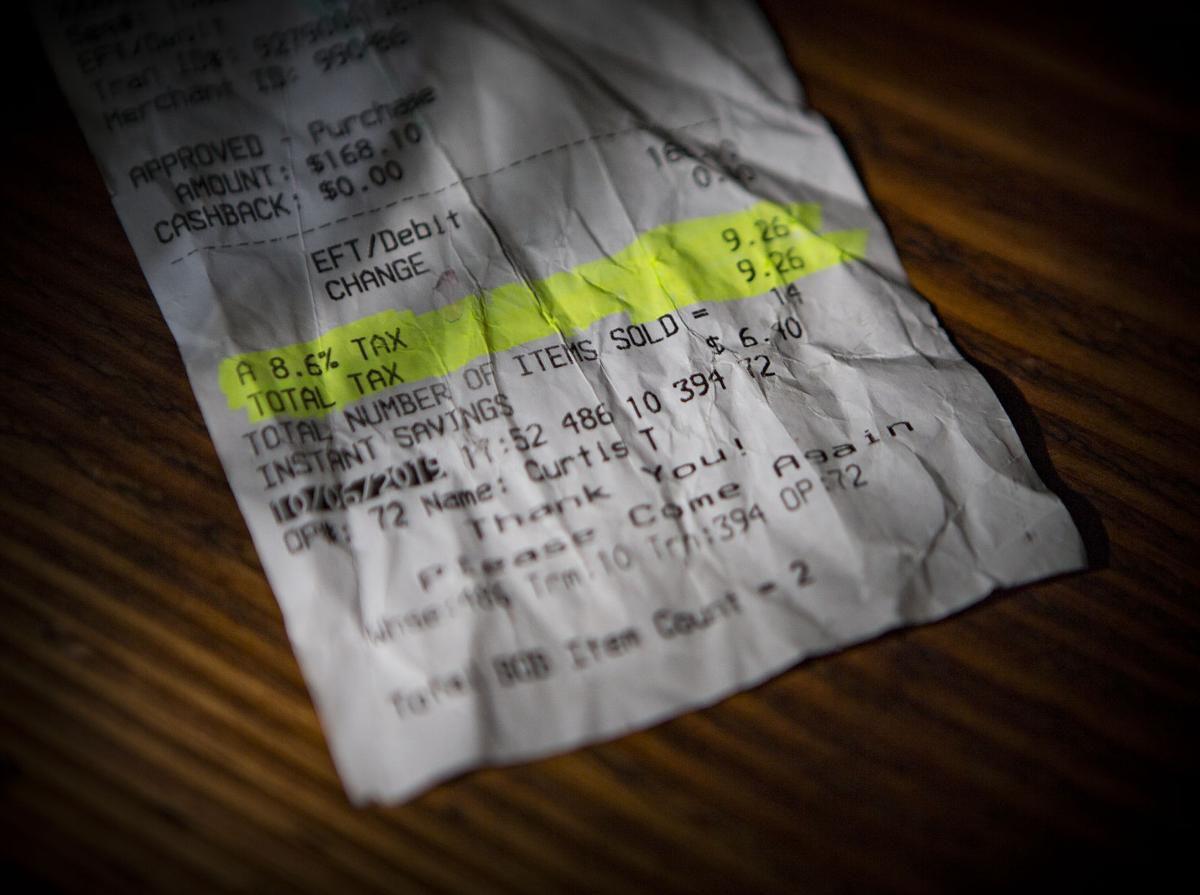 As 2020 begins, the Oregon Legislature passed hundred of new bills that go into effect this year.

When a new year starts, it can be easy to miss the memo on changes to the law. Ignorance of the law is not a defense for breaking it, however, so here are a few handy guidelines for 2020:

Starting Jan. 1, stores will no longer be able to give out single-use plastic bags at check-out, although bags used for meat and produce will be exempt. Stores will also be required to charge at least 5 cents per bag for paper, reusable bags or other alternatives.

As of Oct. 1, 2020, regular Oregon driver’s licenses will no longer be valid to board a commercial flight, enter a secure federal facility, such as a military base, or do other activities where a federally approved form of identification is required.

After Oct. 1, Oregonians who want to take a flight will have to use another form of approved identification, such as a passport, or apply for a new type of driver’s license called a Real ID. The state hopes to have the federally approved Real IDs available through the Department of Motor Vehicles starting in July after finishing a “major IT overhaul,” according to the department’s website.

Real IDs will be optional, and those getting them will be required to pay the DMV’s fee for replacement of a driver’s license, plus a yet-to-be-determined additional Real ID fee. The newly issued Real ID will have the same expiration date as the person’s current driver’s license, so people whose licenses expire soon after the Real IDs are available are advised they may want to wait until it is time to renew their license.

Should someone choose not to upgrade to a Real ID, a standard Oregon driver’s licenses will still be good for activities, such as driving, purchasing alcohol, registering to vote or applying for benefits.

In 2020, Oregon will continue its quest to make voting as convenient as possible by not charging for postage to mail in ballots. During the next election, Oregonians will simply be able to drop their ballot in the mail without a stamp.

Starting Jan. 1, bicyclists can proceed through an intersection with a stop sign or traffic signal without stopping, providing they proceed at a safe speed and yield to vehicles and pedestrians.

Previously, the law only covered posting such content to a website, but now adds any other methods of dissemination, such as text message, email, private messaging in apps or handing out physical copies. It also allows victims to sue for up to $5,000 in damages. The crime is a Class A misdemeanor for a first offense and Class C felony if the perpetrator has a prior record of such offenses.

Using the police as a weapon to harass someone will be a risky move starting Jan. 1 as a law takes effect allowing people to seek civil damages from someone who summoned police with the intent to infringe on the person’s rights, discriminate against them, cause them to feel harassed or embarrassed, expel them from a place where they are legally allowed to be or damage their reputation or financial standing.

The law was put in place to address reports of incidents in which whites called 911 on people of color for legal activities, such as holding a barbecue.

Starting in January, the aptly named Senate Bill 420 will allow people with past marijuana convictions to petition to clear their record.

The bill was passed in recognition that while Oregon legalized possession of user amounts of recreational marijuana in 2015, many people have criminal records based on possession pre-2015. Those convictions, for something that is now legal, can hold them back from obtaining jobs and housing.

After Jan. 1, people who have “qualifying marijuana convictions” can petition the court to set aside their conviction and seal the record, making it as if it never happened. As long as the conviction fits under the definition laid out by the law, the court must grant the motion.

A qualifying conviction means the person was found to possess less than 1 ounce of marijuana or other behavior described in ORS 475B.301, the offense happened before July 1, 2015, and the person fully complied with the requirements of their sentence.

Employees in Oregon will receive a variety of new protections in January.

Pregnant workers will be among those who receive new protections under the law. Employers will be required to provide reasonable accommodations, such as assistance with manual labor or more frequent bathroom breaks, to pregnant employees. They will also be prohibited from denying someone employment, requiring them to take a leave of absence or otherwise retaliating or discriminating against them for requesting accommodations for their pregnancy.

Employers will also be required to create anti-harassment policies for their workplace, and will no longer be allowed to force employees to sign nondisclosure agreements restricting them from talking about harassment or discrimination they experienced at the company.

Minimum wage will increase once again in July as part of a law passed by the Legislature in 2016 that set up regular increases through 2022. This year, minimum wage in Oregon will increase to $12 in “standard” counties (mostly found on the west side of the state), $13.25 in metro counties, such as Clackamas and Multnomah, and $11.50 in rural counties. Union and Wallaowa counties fall into the rural category, along with the rest of counties east of Sherman County.

In July, Washington stopped granting Oregonians an exemption to sales tax at the register. But as of Jan. 1, Oregon residents who have been saving their receipts can file a tax return for the amount of sales tax they paid to Washington in 2019.

To qualify, applicants must be a resident of a state that does not have sales tax, must have purchased the items for use outside of Washington and must be requesting reimbursement for more than $25 in taxes paid (at 6.5% state sales tax, that means spending at least $384.62 on qualifying items). They will have to submit receipts and information about the time and place of each purchase, in addition to proof of residency.

Each person is only allowed to apply for reimbursement once per calendar year for taxes paid in the previous year.

According to the Washington Department of Revenue’s media relations office, the necessary forms will go online in January under the “general public” heading on their home page. For now, what information is available can be found at dor.wa.gov/find-taxes-rates/retail-sales-tax/sales-nonresidents.