An 80-year-old Oregon man lost $200,000 in a romance scam to bring a marble lion sculpture from China to an art gallery in Florida. The sculptor, however, was wood and not marble, according to the Oregon Division of Financial Regulation, and the man lost his entire investment in the con. 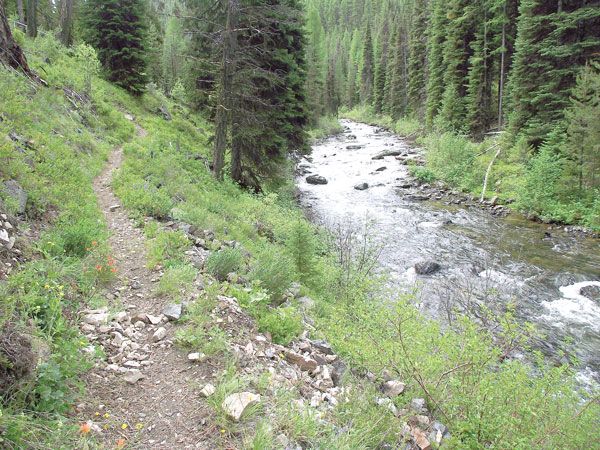 The North Fork John Day River already has the federal designation of a Wild and Scenic River, which helps to protect and preserve the waterway. Oregon's U.S. Sen. Ron Wyden recived 15,000 nominations to protect more than 4,000 more miles of Oregon's rivers and streams.

The state agency in a news release reported the unidentified fraudster stole a Florida woman’s identity to befriend the Oregonian through an online dating service, over months convinced the elderly man they were in a long-distance romantic relationship and proposed an opportunity to support an art gallery in Florida.

The scammer pretended to seek investors to cover $5 million in transportation costs to ship a 500-ton marble lion sculpture from China. The con artist promised the return of the investments plus a percentage of the profits from the sale of the sculpture.

"The widower even received fabricated documents detailing the contract with the museum and bank statements. Relying on the documents and his romantic relationship, the victim made a series of payments over five months to various individuals and overseas bank accounts totaling more than $200,000," he regulation division reported. "The widower lost his entire investment, and investigators have been unable to locate the scammer."

Andrew Stolfi, division administrator, stated romance scams typically target older individuals and victims often wire funds overseas or to third-party transfer agents, making it difficult to track the money and identify the con artist. The division encourages consumers to do their homework before making any investment and provided tips to avoid getting catfished or falling for an investment scam:

•Do not send money to anyone you have not met in person, and be cautious about sharing personal or financial information.

•Do not transfer money to unknown people or intermediaries. If you need to use a third party to send money, use a licensed money transmitter.

•Keep copies of all communications with scammers and report them to the division, the online dating site, the local police, the Federal Bureau of Investigation, and the Federal Trade Commission.

For more information and tips about investing, visit dfr.oregon.gov/financial/investments. Consumers also can contact the division’s advocates at 888-877-4894 to ask questions, file complaints, or check the license of a company or advisor.

Wyden receives more than 15,000 nominations for Wild and Scenic Rivers

WASHINGTON —Oregon's U.S. Sen. Ron Wyden announced he received more than 15,000 nominations to protect 4,000-plus miles of rivers and streams in Oregon as Wild and Scenic Rivers.

Wyden will consider the nominations as he develops legislation to introduce this spring to designate more Wild and Scenic rivers and streams in Oregon.

"Oregonians' overwhelming response shows both that our state enjoys a unique love affair with our iconic rivers and that Oregonians support efforts to do more to protect these treasured waterways," Wyden said in the news release.

Wyden said he is proud Oregon now has 2,173 miles designated in the Wild and Scenic Rivers system but the total remains a small fraction of Oregon's 110,994 miles of rivers and streams. The bill he plans to introduce would build on legislation Congress passed last year to add more than 250 miles of Wild and Scenic rivers in Oregon.