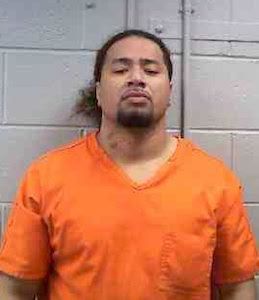 PENDLETON — Preliminary weather data show January in La Grande was warmer than normal and had more precipitation than usual.

Low temperatures averaged 27.8 degrees, which was 3.3 degrees above normal, the Weather Service reported, and the lowest for the month was 9 on Jan. 15. January had 25 days with the low temperature below 32 degrees.

Precipitation totaled 2.92 inches during January, which was 1.29 inches above normal. La Grande received measurable precipitation — at least .01 inch — on 18 days, with the heaviest, 0.64 inches, on Jan. 2.

Since October, the water year precipitation at La Grande has been 6.01 inches, which is 0.60 inches below normal. Snowfall totaled 8.4 inches, with at least 1 inch of snow on two days. The heaviest snowfall was 3.5 inches on Jan. 6. The greatest depth of snow on the ground was 3 inches on Jan. 13.

LA GRANDE — Students, faculty, staff, alumni and trustees from Eastern Oregon University, La Grande, will converge at the state capitol Feb. 13 for a day of legislative engagement and advocacy in support of higher education.

All seven of Oregon's public universities collaborate to hold University Day during the 2020 legislative session underway in Salem, according to the announcement from EOU.

"University Day is a critical effort where we partner with students to promote and support funding for higher education in Oregon," said Tim Seydel, Eastern's vice president for University Advancement. "Each year our advocates connect with legislators and really make a difference in communicating the importance and impact of EOU in the state."

Participants meet with state legislators, attend floor sessions of the House and Senate, connect with other statewide leaders and present student and campus projects to increase Eastern's visibility.

"I'm excited to attend my fifth lobby day with EOU," said Alex McHaddad, a recent alumnus who is consulting to organize the event. "Advocacy is all about telling stories, and for one of 35 days this legislative session, EOU student stories will be front and center in the capitol."

The Associated Students of EOU cover the cost of travel, and University Advancement coordinates the program. Attendees had a training session Wedneday and another Monday. The bus leaves campus the afternoon of Feb. 12 and returns late on Feb. 13.

All these resources are now online and available for download.

LA GRANDE — Lucas Pakapea Kapeli is going to prison for stealing a Union man’s vehicle and leading law enforcement on a chase.

Kapeli, 31, of Auburn, Washington, pleaded guilty on Jan. 30 in Union County Circuit Court to unauthorized use of vehicle, felony fleeing, recklessly endangering and giving false information to police. According to state court records, the Union County District Attorney’s Office in exchange for the pleas dismissed other charges, including possession of a stolen vehicle, possession of methamphetamine and reckless driving.

Circuit Judge Russell West sentenced Kapeli per the deal to 60 days in the Union County Jail, La Grande, for the recklessly endangering and false information charges. Kapeli then has to serve a year-and-half in state prison with credit for the time he has jail. Court records show he also will be eligible for alternative forms of incarceration and must serve a year of post-prison supervision.

Kapeli early on Dec. 19, 2019, stole a 2006 Chevrolet Suburban from a Union man’s driveway. La Grande police officer Brandon Boucher stopped the vehicle soon after, according to the Union County Sheriff's Office, but Kapeli took off and dragged Boucher a short distance. He suffered only minor injuries.

Kapeli led police on a chase until spike strips blew out the Suburban’s tires. He then took off running, and the sheriff’s office patrol dog Molly took him down.

Afiafiotamali'i Mausavine Laussen of Puyallup, Washington, was the passenger in the vehicle. Court records show she still faces four felony charges: conspiracy for commit vehicle theft, vehicle theft, possession of a stolen vehicle and hindering prosecution for trying keep police from catching Kapeli. Her appeal hearing remains on the court schedule for March 10.