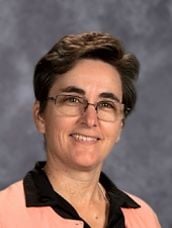 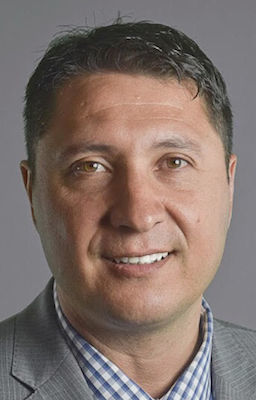 The Oregon Department of Education announced Thursday the state's 80% graduation rate for the school year was the highest ever. All but two of the six schools in Union County beat the statewide average, with Imbler and North Powder at 100%.

"I think it is so exciting to be at 100%," Imbler district superintendent Angie Lakey-Campbell said. "I think it is because of the culture and the expectation that everyone will graduate every year."

Lakey-Campbell said the freshmen on-track program the district implemented last year along with smaller class sizes contributed to the successful graduation rate. She said one of the four pillars for the district is commitment, and there is a commitment from students, parents and teachers to get students to graduation.

For the last five years Imbler has maintained an above average graduation rate, dropping to 96% in 2016-17 but regaining its standing the following year.

Mendoza said part of the lower rate of graduation for 2018-19 was due to students choosing alternative paths to completion, such as online school, completing the GED or needing an extra year to complete their senior year. He said the district, though it would like to see perfect completion rates, understands students may need to go down a different path to succeed.

"We are focused on helping students complete school in a way that best fits their needs," Mendoza said.

Mendoza said there are several steps the district will need to take to bring graduation rates back up, including improving attendance rates, communication with students, parents and staff and implementing more concrete plans for graduation and completion.

"These are things we do but we need to do them better," Mendoza said. "We need to help students get wherever it is they want to go."

The district already is making efforts toward improvements with its new strategic plan, he said, and maintaining a school nurse and therapist can help students achieve success.

"There is a story for every child and every situation. We want to work with our children to get them where they want to go. We want to pressure them to do a good job and graduate but support them along the way."

"There is a story for every child and every situation," Mendoza said. "We want to work with our children to get them where they want to go. We want to pressure them to do a good job and graduate but support them along the way."

Elgin came in lowest in the county with a graduation rate of 75%, down 11% from the previous year. Elgin superintendent Dianne Greif said she did not want to comment until she had a chance to review the state's data.

Union School District also had a decline in its graduation rate, although the district remained above the state average. The district fell from 100% in 2017-18 to 91.18%. Superintendent Carter Wells said the district attributes the change to people moving in and out of the district.

"There are all kinds of variables to students graduation rates. Each situation and each child is different."

"There are all kinds of variables to student graduation rates," Wells said. "Each situation and each child is different."

Wells said despite this drop, the high rate is attributable to having a good staff that cares about their students.

"Kids are not considered numbers in the Union School District," he said. "We try to give every kid every opportunity we can to get them to graduation."

One of the ways Union is looking to help with student success is the adoption of a new math curriculum that teaches the subject through a workforce lense, such as algebra for construction work. Wells said the new state regulations and requirements for math can create a barrier and having this class can help get students past that barrier. The district also has a connections class that brings together students and teachers to help keep students on track.

Cove had a rate of 93.1%. The Observer was unable to speak with Cove and North Powder school district superintendents before publication deadline.

Source: The Oregon Department of Education