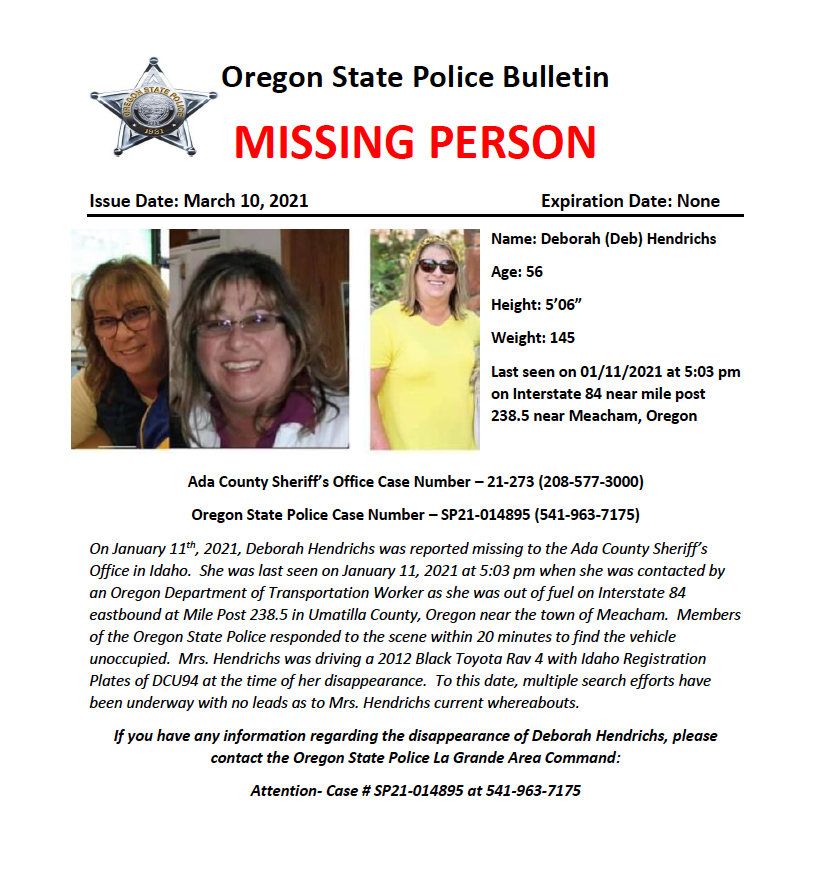 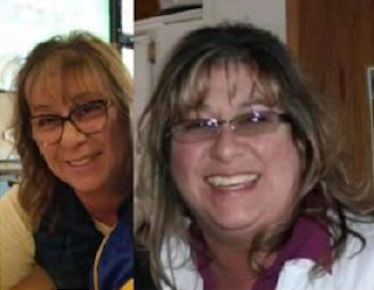 The Umatilla County Sheriff's Office reported the search effort Saturday, May 8, 2021, near Meacham recovered the body of Deborah Hendrichs of Star, Idaho, who has been missing since Jan. 11.

MEACHAM — Oregon State Police are reminding people in the area of the Interstate 84 work zone near Meacham to keep an eye out for anything that could lead to finding a woman who has been missing almost three months.

Deborah “Deb” Hendrichs of Ada County, Idaho, has been missing since Jan. 11. OSP Lt. Daniel D. Conner with the La Grande Area Command in a bulletin reported an Oregon Department of Transportation worker was the last person to report seeing Hendrichs, whose 2012 black Toyota Rav 4 ran out of fuel on eastbound Interstate 84 near mile point 238.5 near Meacham.

“Members of the Oregon State Police responded to the scene within 20 minutes to find the vehicle unoccupied,” according to state police.

Hendrichs is 56, stands 5 feet, 6 inches tall and weighs 145 pounds. Multiple search efforts have not led to finding Hendrichs. Conner urged anyone who sees anything suspicious in the area to contact the Oregon State Police La Grande Area Command at 541-963-7175 and refer to case No. SP21-014895.