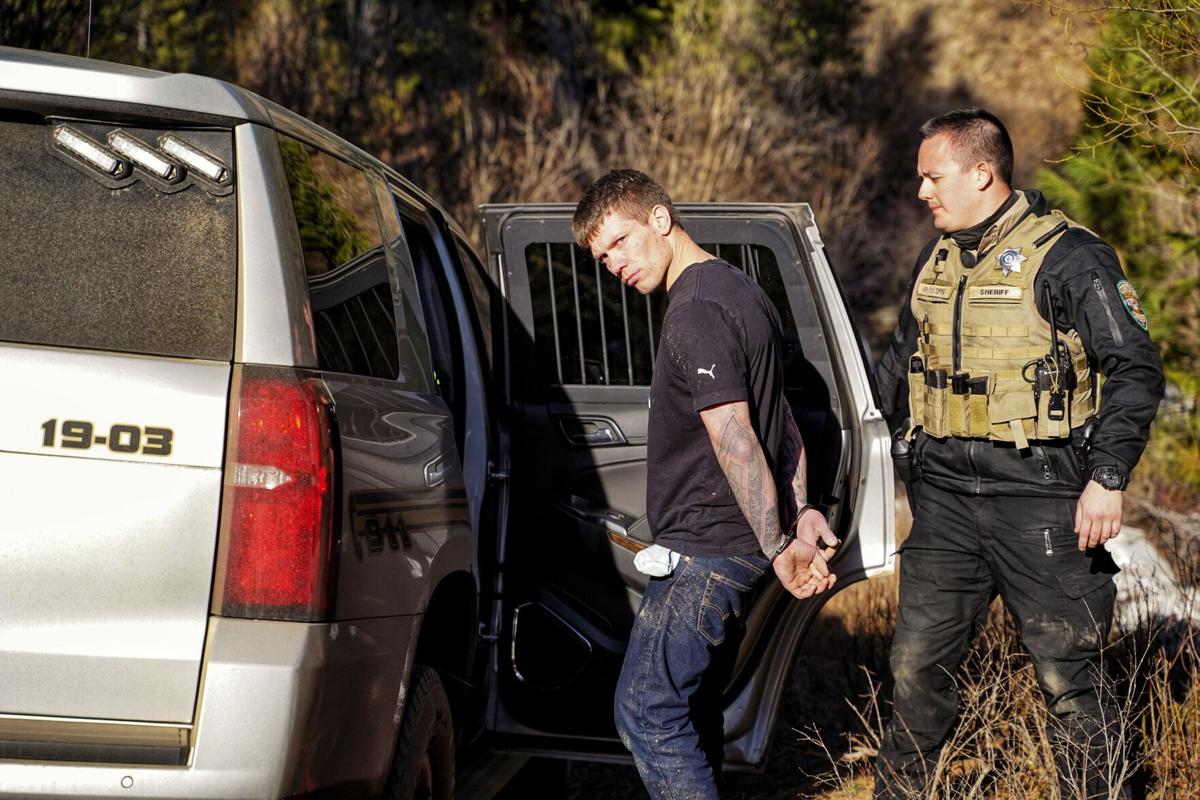 Union County sheriff’s deputy Dale Flowers guides Cody Hamlin into the back of a police vehicle following his arrest Wednesday, March 31, 2021, on Robbs Hill Road near La Grande. Hamlin led deputies on a car chase through a residential neighborhood in La Grande before his capture. 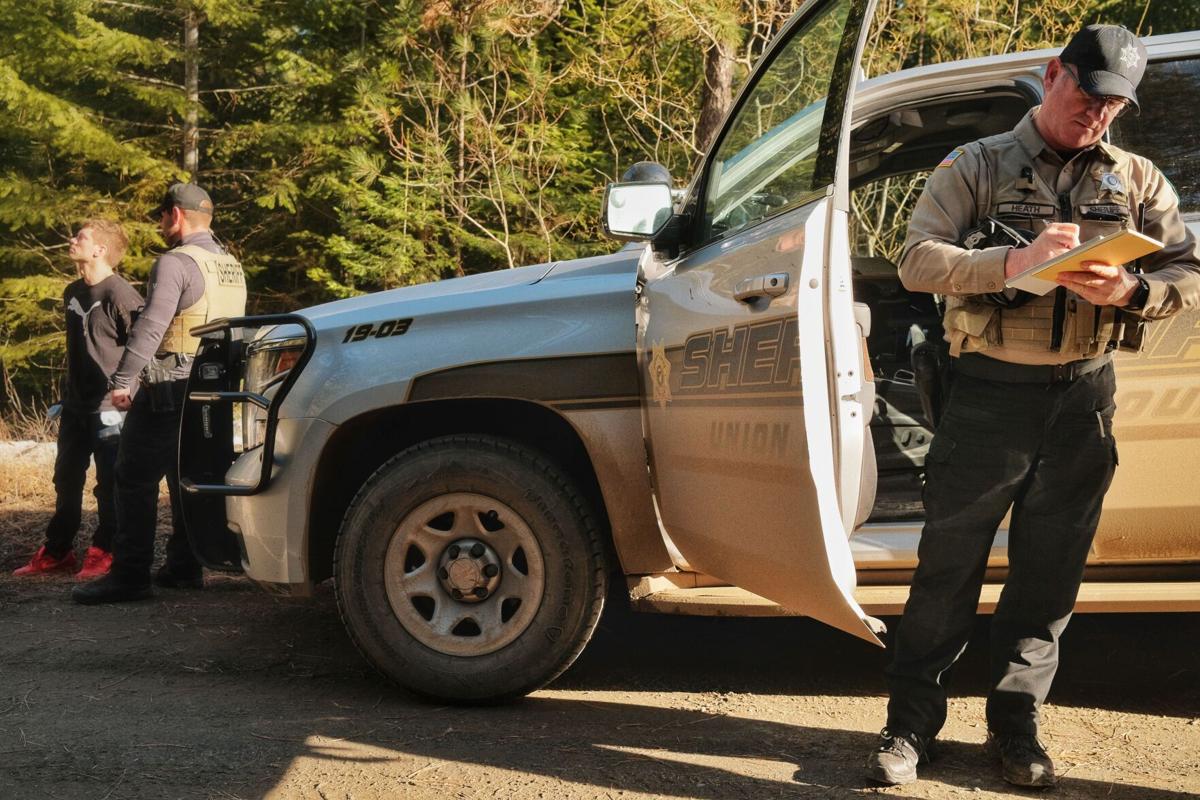 Union County sheriff’s deputy Dale Flowers guides Cody Hamlin into the back of a police vehicle following his arrest Wednesday, March 31, 2021, on Robbs Hill Road near La Grande. Hamlin led deputies on a car chase through a residential neighborhood in La Grande before his capture.

LA GRANDE — The Union County Sheriff’s Office trapped a local man Wednesday afternoon, March 31, on a narrow road while he was trying to flee during a car chase.

The pursuit began a little after 4 p.m. Wednesday, after a deputy spotted Hamlin, who had warrants for his arrest, and tried to stop the BWM he was driving for traffic violations along Adams Avenue in La Grande, according to the sheriff’s office.

The car failed to yield to the deputy’s lights and sirens, and the chase was on, reaching more than 50 mph down Second Street.

Upon reaching the fairgrounds, Hamlin drove up Fox Hill Road and ran out of escape routes, as much of the area remained covered in snow, leaving the only option to continue on Robbs Hill Road.

The sheriff’s office reported that deputies continued the pursuit down the road where Sheriff Cody Bowen and other deputies set up. The sheriff’s office intercepted the BMW head-on while La Grande police were ready to place spike traps at exits to prevent the vehicle from reentering the community, deputies at the scene said.

The vehicle finally came to a stop in the road and law enforcement detained Hamlin and a passenger.

The sheriff’s office booked Hamlin in the county jail on warrants and for felony fleeing, reckless driving, reckless endangerment and possession of heroin and methamphetamine.

State court records show Hamlin has several convictions in Union County, including in 2016 for fleeing and reckless driving and in 2018 for the manufacture, possession and delivery of methamphetamine.