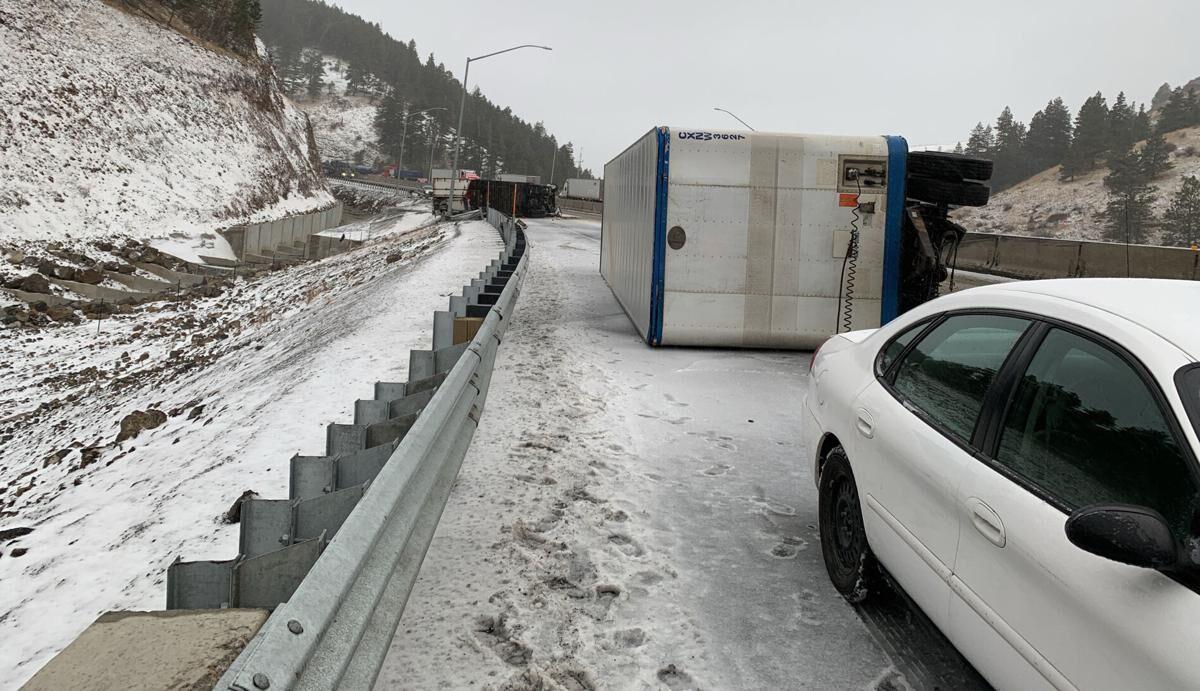 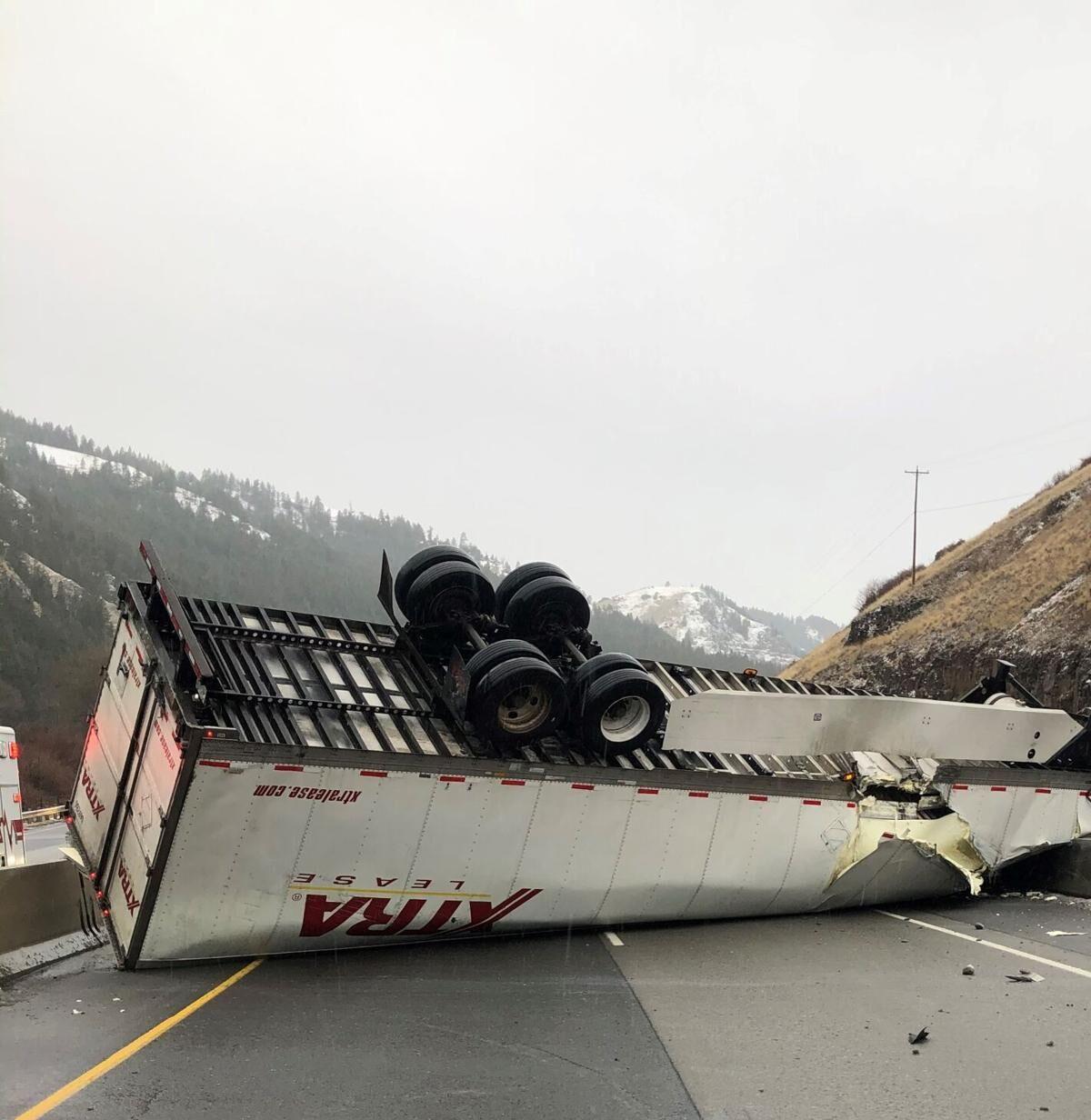 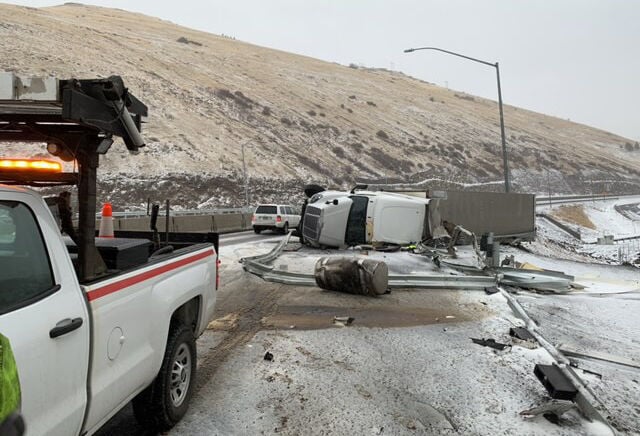 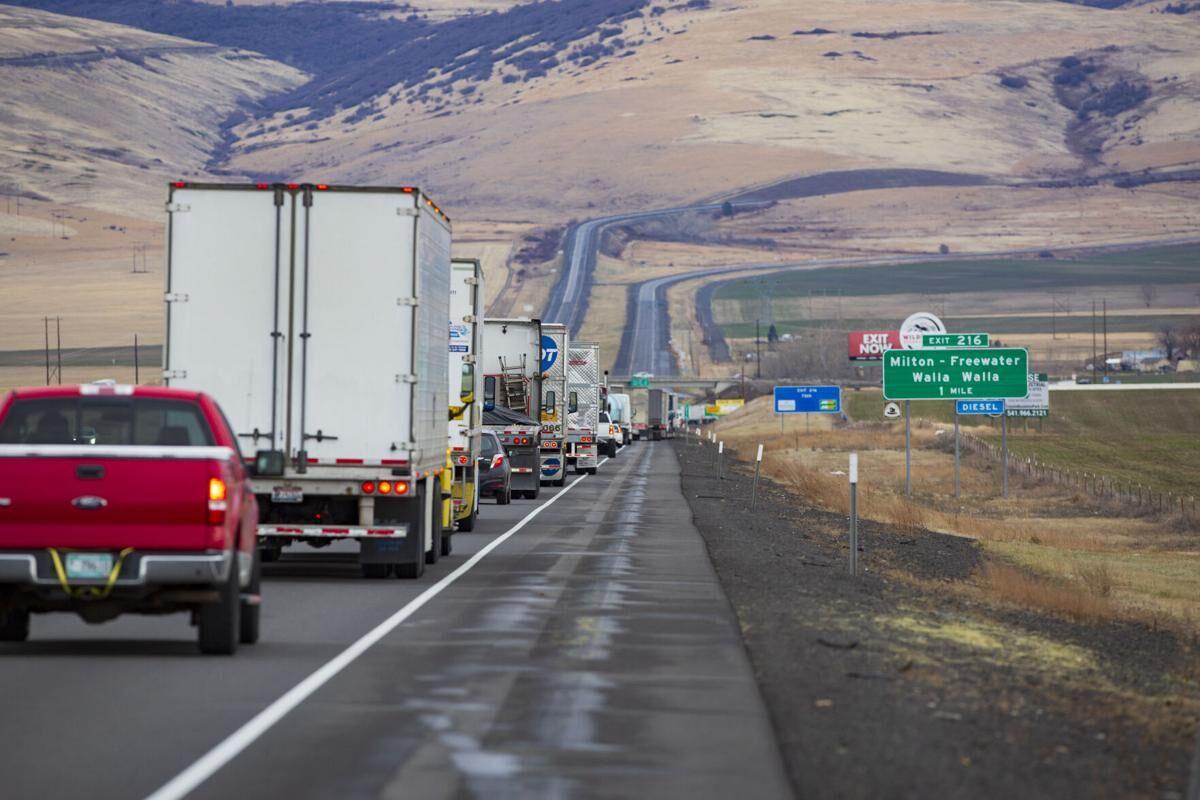 Vehicles come to a standstill in Interstate 84 east of Exit 216 after the Oregon Department of Transportation closed the freeway Tuesday, Jan. 12, 2021, due to a pair of semitrailer crashes blocking the westbound lanes near mileposts 270 and 258.

Vehicles come to a standstill in Interstate 84 east of Exit 216 after the Oregon Department of Transportation closed the freeway Tuesday, Jan. 12, 2021, due to a pair of semitrailer crashes blocking the westbound lanes near mileposts 270 and 258.

LA GRANDE — Two separate semitrailer crashes about a dozen miles apart shut down most of Interstate 84 in Eastern Oregon for much of Tuesday, Jan. 12.

The wrecks occurred around noon near mileposts 270 and 258 and blocked the westbound lanes. But the crashes also prevented Oregon Department of Transportation winter maintenance crews from returning after treating snow and ice on the eastbound freeway. That led to the closure of the eastbound lanes near Pendleton at Exit 216 and the westbound lane in Ontario at Exit 374. ODOT moved the closure to Ontario due to limited parking in Baker City.

Highway 204 and Highway 245 were closed to through traffic and were not viable detours, ODOT also reported.

Emergency responders were on the scenes, and ODOT and hazardous materials crews at the milepost 258 crash about 3 miles west of La Grande cleaned up fuel from the road and shoulder and moved the damaged truck and trailer off the roadway to have the route open at about 9:40 p.m. Highways 204 and 245 also opened.

The state road department advised drivers to expect winter weather and icy conditions throughout the region. Conditions can change at any time, so check TripCheck.com or call 511/800-977-6368 for road and weather updates. Outside of Oregon, call 503-588-2941.