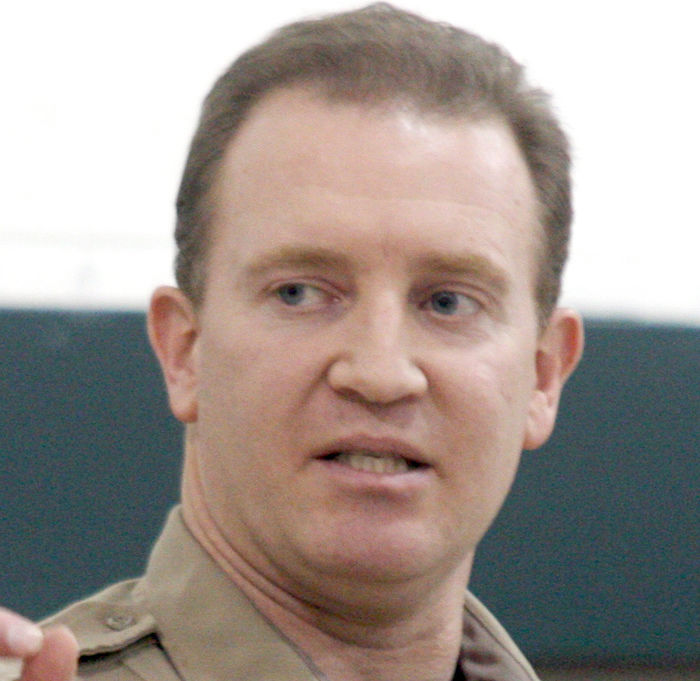 LA GRANDE — The Union County Law Enforcement Association changed who it is endorsing for sheriff in the primary election.

The local union in early November 2019 endorsed Sheriff Boyd Rasmussen, who is running reelection. But Thursday the association changed its tune and reported it now backed deputy Cody Bowen.

Bowen was the president of the association when it unanimously supported Rasmussen, stating in the endorsement letter that during his 15 years as sheriff he lead with “Honesty, Excellence, Respect, Integrity, Firmness, and Fairness with Compassion and Courage.”

Bowen at the end of January entered the race for sheriff and stepped down as president of the local. Thursday, sheriff’s detective Jason Mckaig, the new association president, announced the group “reconsidered and re-voted for an endorsement of a candidate for the 2020 Union County Sheriff’s Election.”

According to the statement, the association “agreed that it would be best to re-vote once Deputy Cody Bowen made the decision to run for Sheriff of Union County. Cody Bowen was not in the candidacy at the original time of our vote.”

Rasmussen, Bowen, and the other two challengers in the race, Bill Miller of Elgin and Shane Rollins of Cove addressed the union, according to Mckaig, and the association was “proud to announce we officially endorse Cody Bowen for Union County Sheriff.”

“It feels good to have that support,” Bowen said. “I didn’t ask for it, so it is very humbling.”

“I admire the bravery of the union members to vote and share their opinion,” he said.

Rasmussen said he believes his record for hiring and running the department will speak for itself in the electorate. He said he will continue to focus on the safety of the community.

“After all, it is about the citizens feeling protected with a fair and equitable law enforcement system in place,” Rasmussen said, “not me securing an internal endorsement.”

He also stated being sheriff takes a thick skin.

“When you arrest the bad guys, operate a $4 million budget with efficiency and have to make tough decisions, you end up upsetting some people,” according to a written statement from Rasmussen. “A Deputy sent me a letter endorsing me unequivocally and unanimously by all Deputies and signs it ‘trustfully yours.’ And then, shortly thereafter, he filed to run against me.”

Rasmussen said he is confident in his chances for reelection and it is up to the community to vote on who they think is best.

“It believe I will win,” Rasmussen said, “but it is going to be a tough fight.”