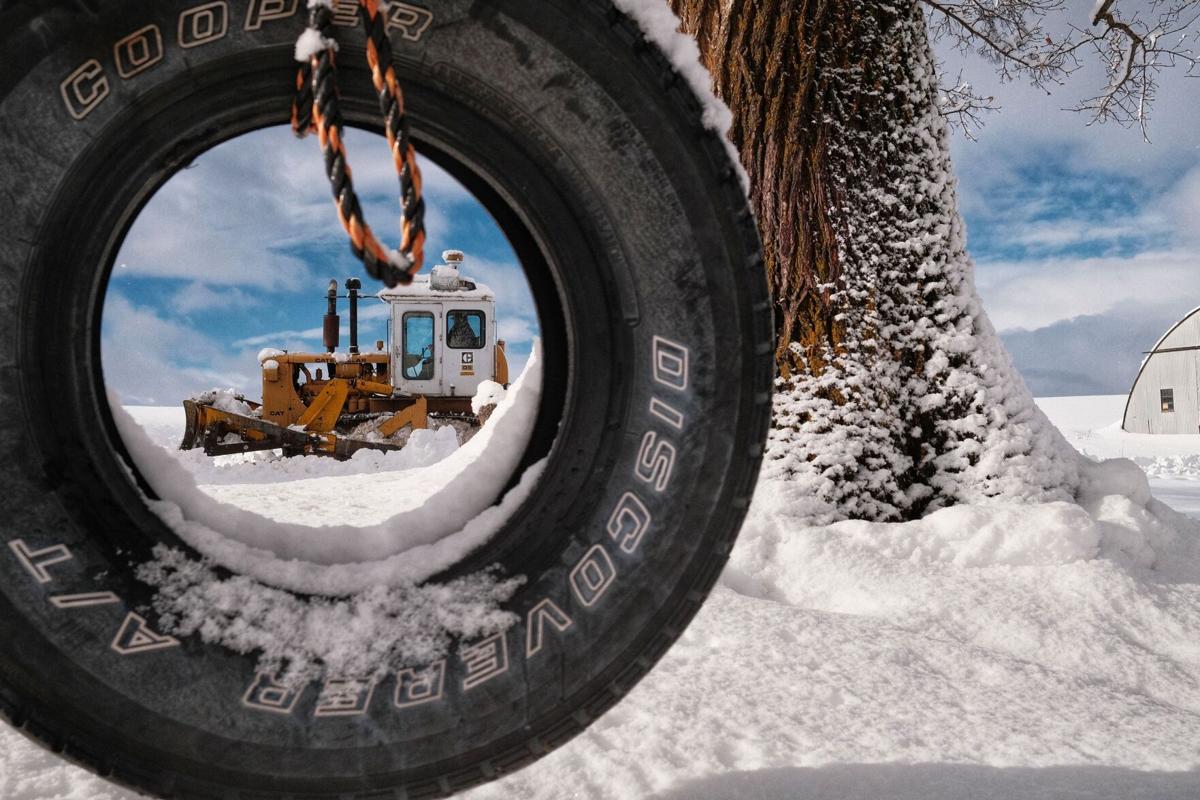 The most recent winter storm over Elgin adds an additional 2 inches of snow Wednesday, Feb. 17, 2021. Snow- and ice-covered branches have been a cause for weather-related power outages across the state. 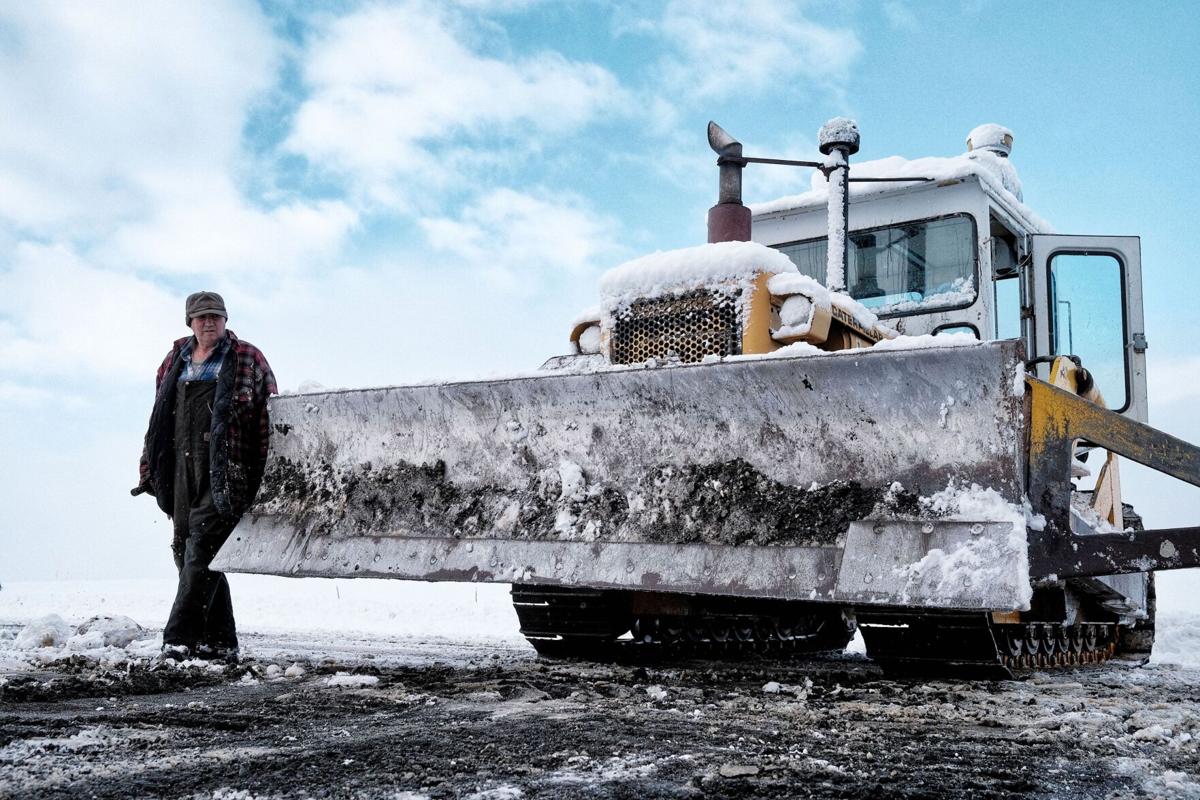 Gene Hardy gets ready to drive a plow-equipped tractor down Hardy Road on Wednesday, Feb. 17, 2021. Hardy is a member of a multigenerational farming family that has lived in Elgin for nearly a century. 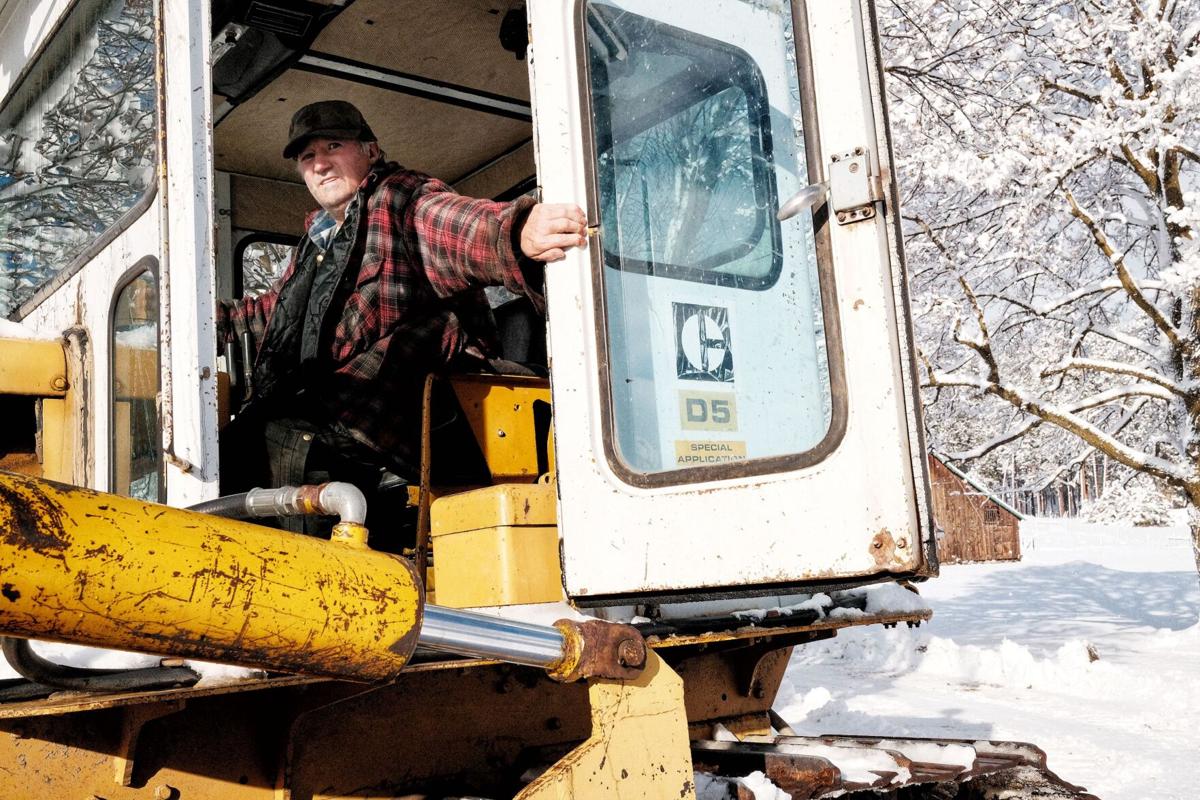 Gene Hardy gets ready to plow a driveway off Hardy Road on Wednesday, Feb. 17, 2021. Nearly 2 feet of snow fell over the past week in Northeastern Oregon around the towns of Imbler, Elgin and La Grande, according to the National Weather Service, while Tollgate has upwards of 10 feet of snow accumulation.

While not record breaking, a few sites already have landed in the top 10 range, according to the National Weather Service.

“It was an impressive amount over the five days,” said Dan Slagle, a meteorologist with the National Weather Service in Pendleton “We usually get one system and then a break, but this is multiple days of more moderate snow.”

Other noteworthy local totals include 28.8 inches from a site 9.8 miles north of Elgin from Feb. 11-17, and 12.5 inches of snow in Union from Feb. 11-17. Reports from La Grande were not available at press time.

Wallowa County also received its share of snow during a similar time frame, with Wallowa reporting 16.7 inches and Lostine reporting 12.5 inches from Feb. 11-17.

Tollgate, which has already received plenty of snow over the week, could gain another 8-12 inches as the week ends, with more coming over the weekend. Severe winter weather conditions, high winds and drifting snow there led the Oregon Department of Transportation to close Highway 204 between milepost 0 near Weston and milepost 39 near Elgin.

ODOT reported the evening of Tuesday, Feb. 16, crews were working to clear as much snow as possible, focusing on the highway lanes.

While Tollgate is popular for winter recreation, Sno-Park parking areas are a lower priority, the press release stated, and crews will not plow the sites by the time the highway opens. Once the route is open, drivers can expect narrow lanes, limited shoulder space and up to 10-foot-high snowbanks adjacent to some highway sections.

ODOT District 13 Manager Ace Clark in the press release stated there is little to no parking in Sno Parks next to Highway 204, and visitors should expect deep snow in the parking areas off the highway. He also warned about parking on the side of the highway in areas not designated for parking.

Those locations are not viable alternatives and “will significantly slow our snow removal operations,” he said. “It will also create a hazard in the low visibility conditions.”

Weather forecasts call for continued snow. ODOT requested everyone avoid the Tollgate Highway area until conditions improve. ODOT will plow Sno-parks and designated parking after other critical sections are clear and safe.

The weather is winding down, Slagle said, but he expected another weather system to enter the Grande Ronde Valley in the coming days. Most of the storm will hit higher elevations, but a few inches will accumulate in La Grande and surrounding areas.

“Later Thursday through early Friday,” Slagle said, “is when we can start to see another round of snow.”

The NWS predicted the Grande Ronde Valley will receive a moderate amount of snow the next two days, with 1-3 inches of snow from the evening of Thursday through early Friday, Feb. 18-19, according to Slagle. After Friday, snowfall should cease as temperatures rise into the 40s.

Across the state, the winter weather had left tens of thousands without power as ice- and snow-covered trees came crashing down through power lines.