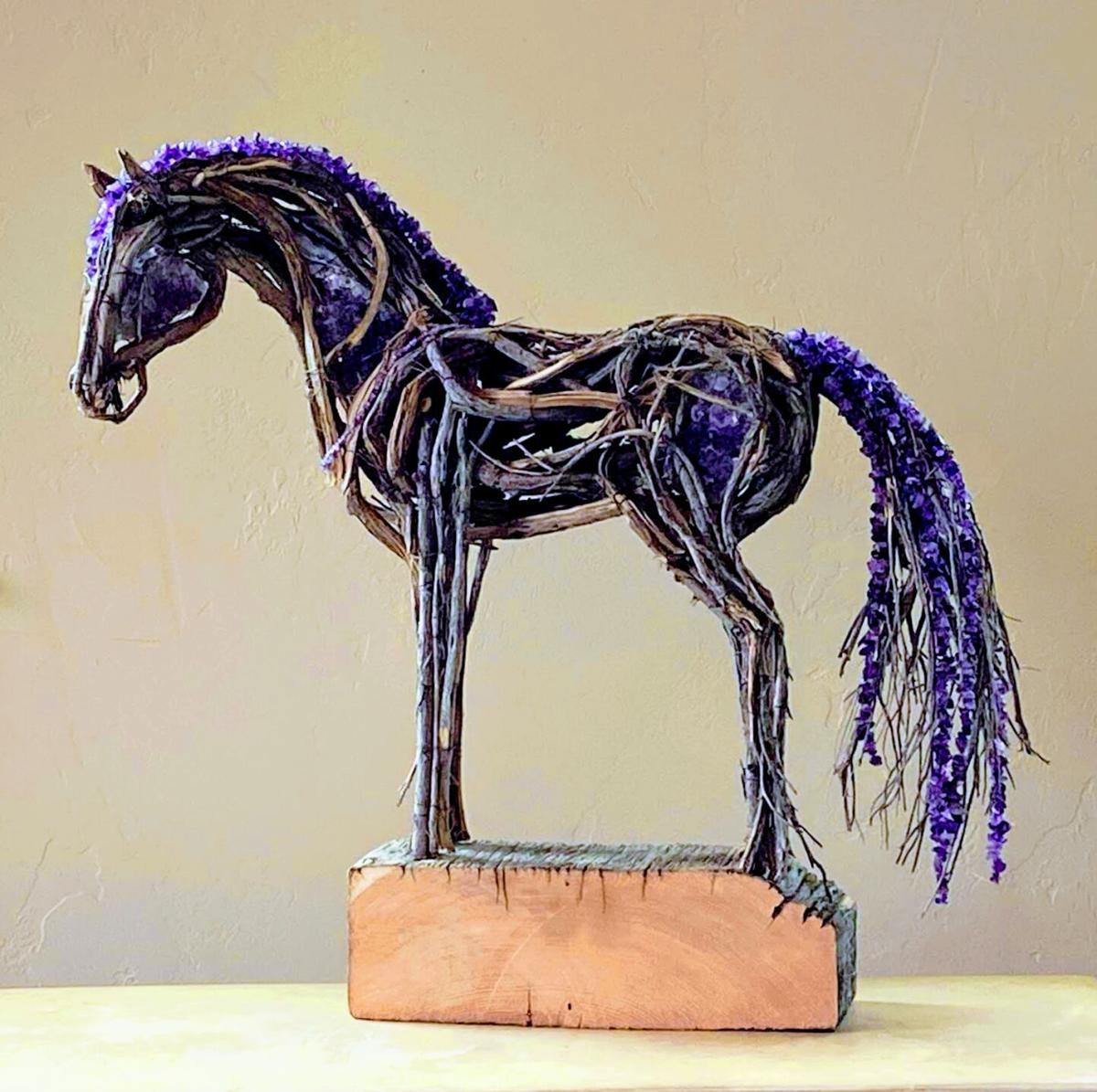 Brenna Tyler of Union won a first place award for “Amethyst” at this year’s Art at the Crossroads show at the Crossroads Carnegie Art Center in Baker City. Tyler created the piece from sagebrush, wood and amethyst. 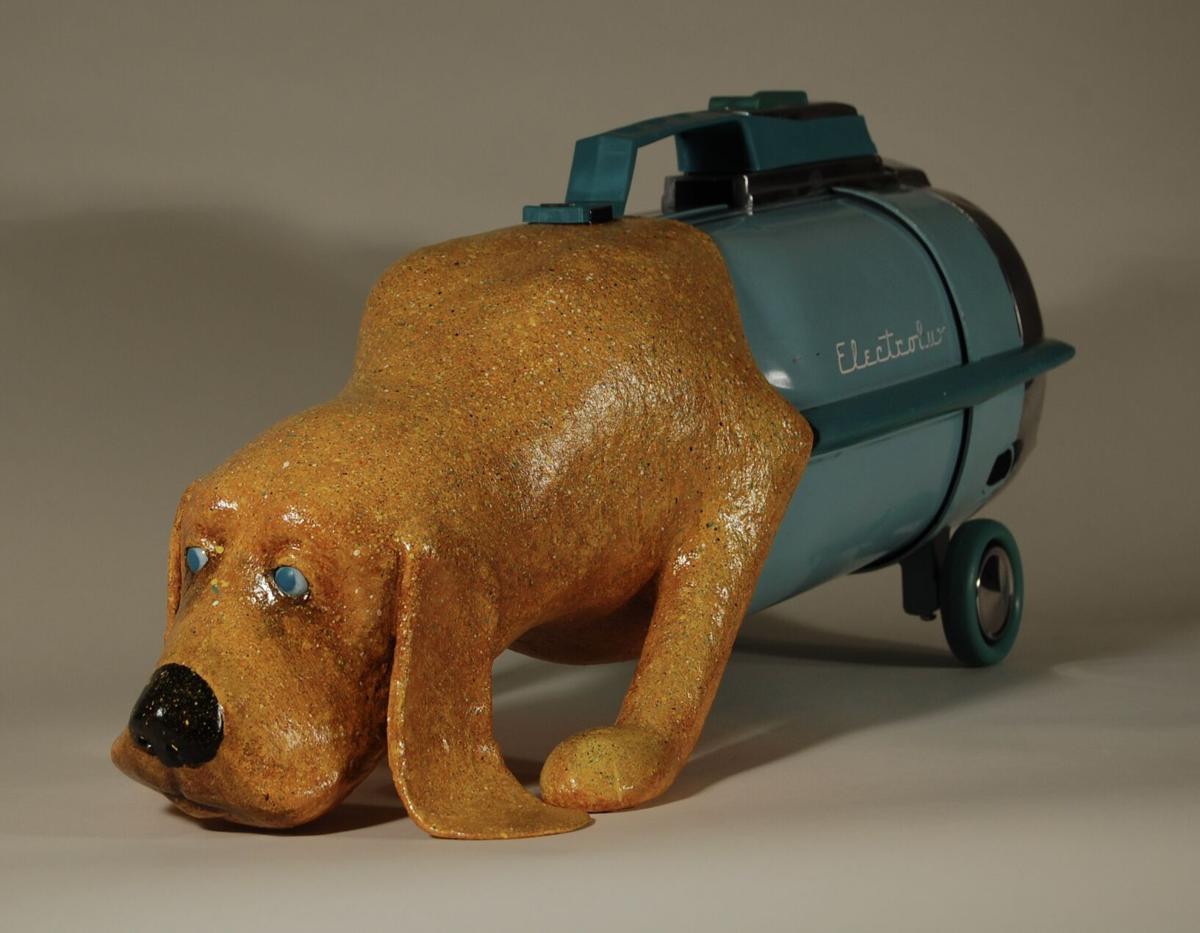 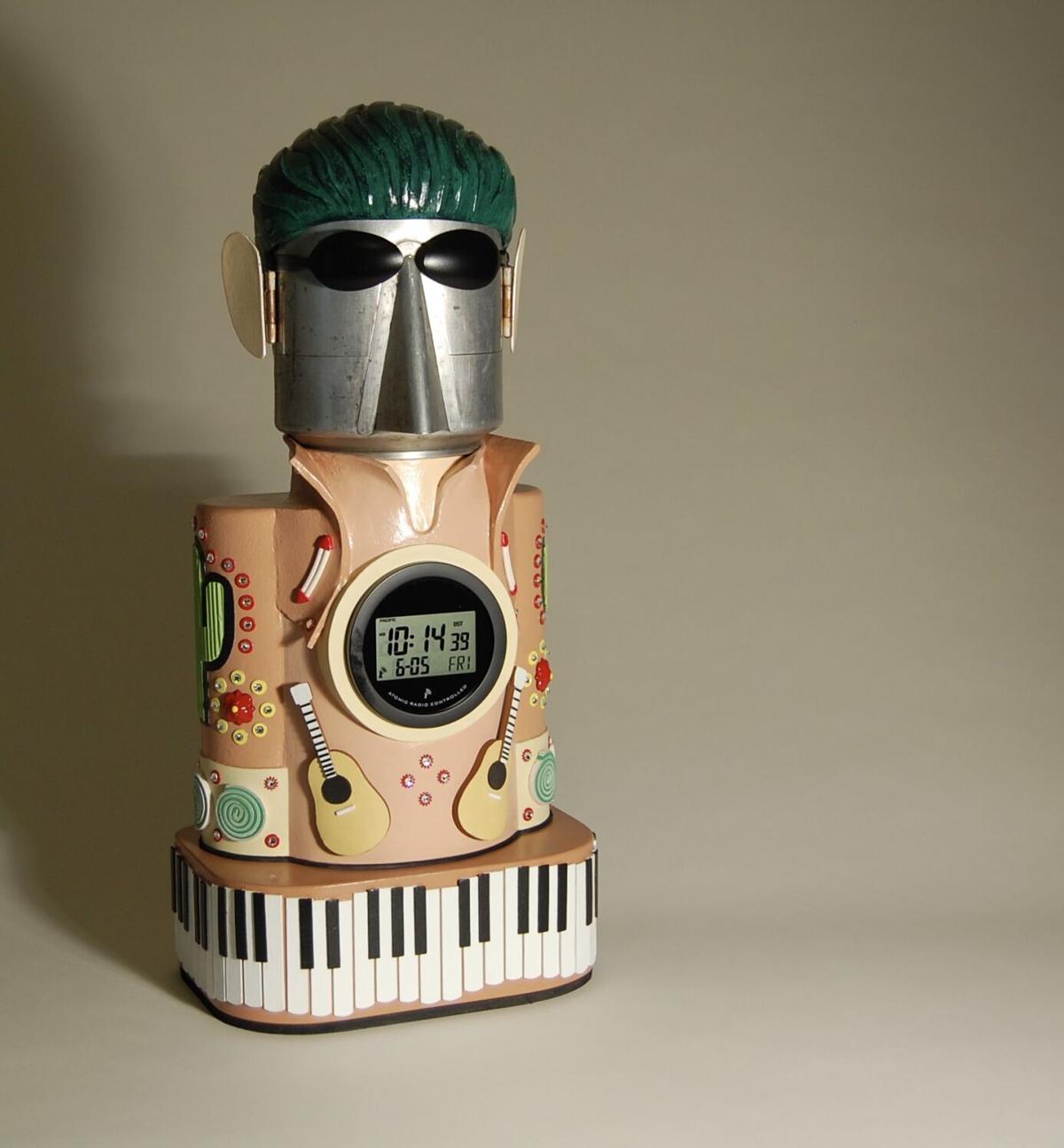 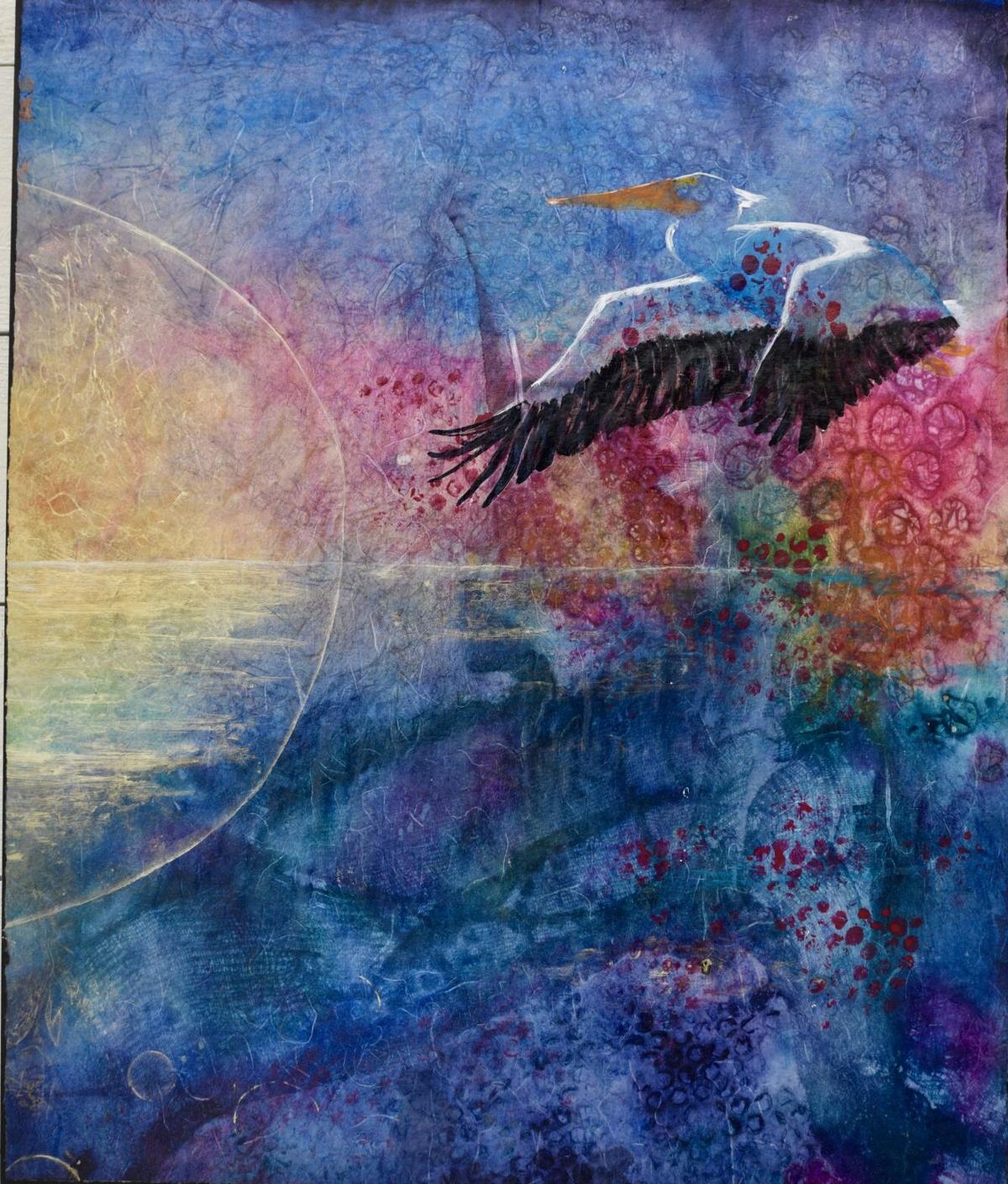 "Mapping the Shape of the Air" by Denise Elizabeth Stone

Brenna Tyler of Union won a first place award for “Amethyst” at this year’s Art at the Crossroads show at the Crossroads Carnegie Art Center in Baker City. Tyler created the piece from sagebrush, wood and amethyst.

"Mapping the Shape of the Air" by Denise Elizabeth Stone

BAKER CITY — The creations of three Union County artists were among those that stood out at a recent art show in Baker City.

The works by Brenna Tyler and Stephen Wadner, both of Union, and Denise Elizabeth Stone of La Grande all were recognized at the 22nd annual Art at the Crossroads show at the Crossroads Carnegie Art Center in Baker City, which opened Sept. 4 and features 138 entries from 55 local and regional artists.

Tyler placed first in the three-dimensional category for her piece “Amethyst,” a horse she created from sagebrush, wood and amethyst, a precious stone that is a violet or purple variety of quartz.

Tyler said it took her about three weeks to create the piece. She said much of her time was spent collecting materials of the proper size. In the end, Tyler said she was satisfied with what she found and how the elements worked together.

“I liked the way materials complemented each other,” she said.

This was the first time she created a work that included amethyst.

“I wanted to try something different and explore a new medium,” Tyler said.

She has made sculptures from bronze and stone. Many of Tyler’s other works are now on display at the Phinney Gallery in Joseph.

Wadner won the Best of Show and People’s Choice awards for his mixed media piece “Diogenes.”

“I am thrilled and humbled,” he said. “There were a lot of excellent artists who entered works at the show.”

“Diogenes” is a papier-mache of a dachshund attached to a vacuum cleaner. Wadner said it symbolizes a dog lapping up table scraps from a dinner table.

“All dogs are vacuum cleaners,” he said.

Papier-mache’s central characteristic, he said, also is one of the medium’s biggest challenges.

“It shrinks when it dries,” Wadner said.

Wadner also received honorable mention for “Atomic Rhinestone,” which portrays a country singer in a rhinestone suit with a digital clock display in its chest. The piece came about because of a coffeepot, which is included in the work.

“When I turned it upside down I could see a nose and a face in it,” Wadner said.

The rhinestone suit in the artwork was inspired by the outfits of legendary country western singer Porter Wagoner. Wadner also said he enjoys taking used items, such as the coffee pot, and giving them a new look.

“When I find an object, I don’t think of it as what it is but what it can become,” the artist said.

Stone received honorable mention for her acrylic and mixed media painting, “Mapping the Shape of Air.” The painting, a melding of sky, water and flight, is both bright and calm.

Malcolm Phinney, artist and gallery owner of Phinney Gallery in Joseph, judged the annual show. The September show may be viewed at www.crossroads-arts.org under Art Exhibits.