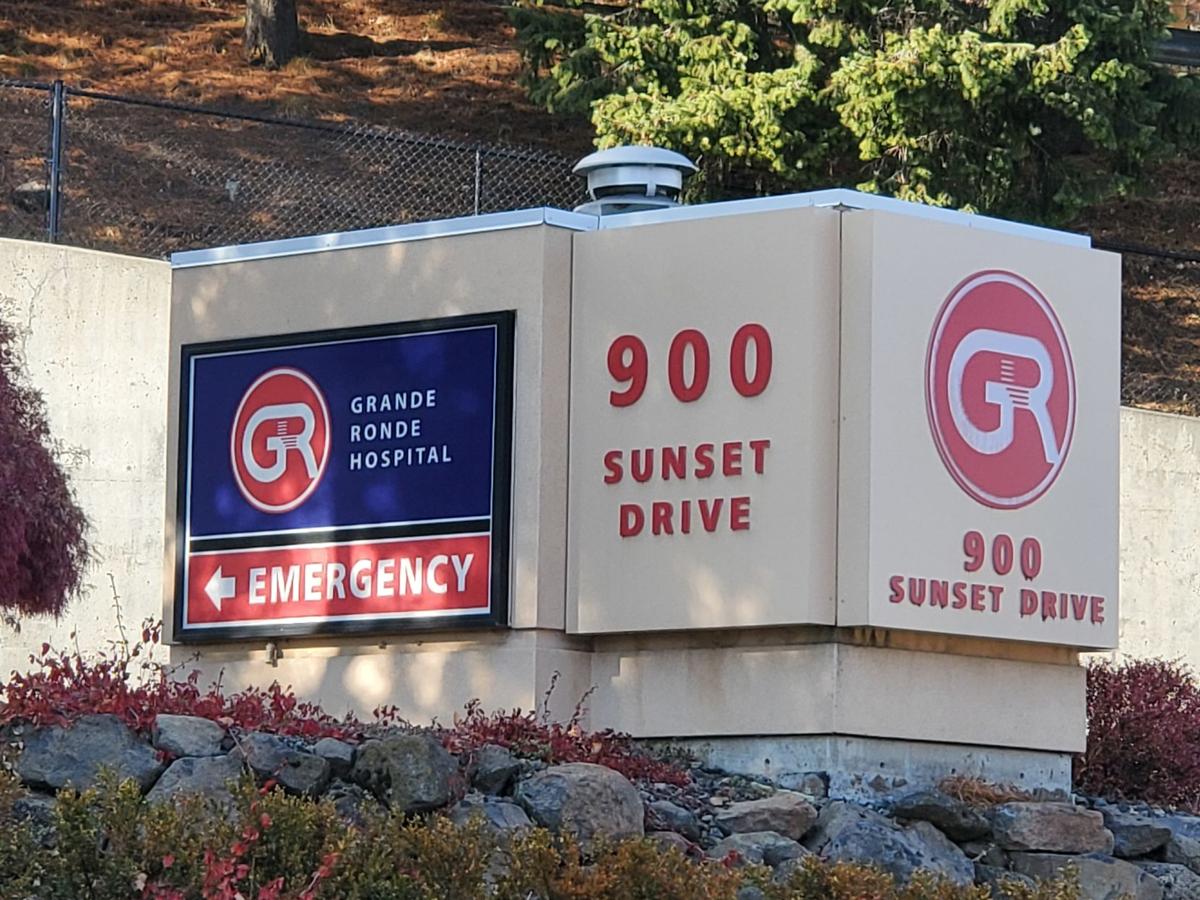 La Grande's Grande Ronde Hospital reports it is working with local agencies to prepare for an possible influx of patients due to the novel coronavirus. 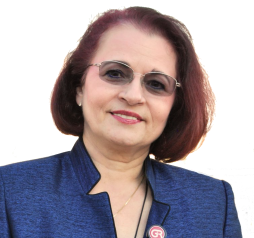 The whistleblower dropped the case late last month, however, leaving unanswered questions in its wake about whether the allegations were true. The lawyer who filed the case says those questions should be answered.

“These are some of the most egregious allegations in a (whistleblower suit) that I've seen,” said Jason T. Brown, a former FBI agent whose New Jersey law practice specializes in whistleblower cases in which the plaintiff can collect a percentage of money recouped by the federal government.

Brown filed the case on behalf of Kathy Onwezen, a cardiology nurse practitioner who worked at the Grande Ronde Hospital in La Grande. She dropped the case after federal officials determined the hospital already had refunded Medicare for any inappropriate surgery reimbursements, limiting the suit’s ability to recoup funds, according to Brown.

“I think anybody who was seen by this doctor should be notified” and consult with an independent cardiologist, Brown said. “If someone got an unnecessary heart operation, then from my perspective they deserve compensation.”

Arden, 60, the cardiologist named in the suit, did not respond to requests for comments. Nor did Onwezen.

In an email, Mardi Ford, the hospital's communications director, substantiated significant elements of the lawsuit as well as Brown's account that Medicare was reimbursed for potentially inappropriate surgeries. Ford said the hospital investigated but the findings are confidential.

"After concerns were raised regarding pacemaker implants, the hospital voluntarily performed an internal investigation,” she wrote. “That investigation is covered by Oregon's peer review privilege. Dr. Arden is no longer employed by the hospital. The hospital issued certain Medicare reimbursement refunds."

The suit alleged that Arden was "induced" by gifts such as free travel from device maker sales representatives.

Before working at Grande Ronde, Arden worked in Portland, Hillsboro and Beaverton for a decade. She had staff privileges to perform surgeries at Providence St. Vincent Medical Center in southwest Portland from 2007 to 2015 and implanted “lots” of pacemakers there, according to a Grande Ronde Hospital newsletter.

In Portland, she appears to have worked with the same device maker sales representatives she later did at Grande Ronde. The sales reps often attend surgeries to provide technical support.

"Both reps had worked with her (at St. Vincent) before, so that was very helpful," a nurse said in an article in the Grande Ronde Hospital newsletter describing Arden's first pacemaker implant there, in February 2016.

She now works at Providence Medford, where, as of press time, she was accepting new patients.

Providence Health's communications director, Gary Walker, declined to comment on the allegations in the dismissed lawsuit, but said Arden has not done any pacemaker surgeries in Medford, and "a review of our data at Providence St. Vincent and at Providence Medford does not reflect any questions about services performed."

Asked about her hiring in Medford, he said, "We don’t discuss an individual’s hiring process, but I can tell you that we make every effort to review all available information before hiring any position."

Asked whether the hospital system would do further research now that it had seen the lawsuit, Walker declined to comment.

“We can’t comment specifically on the case of one caregiver,” he said. “We can tell you that, as a learning organization, Providence uses all the information and data available to make sure we are providing the right care in the right place at the right time for everyone we serve.”

Grande Ronde Hospital is a small, 25-bed facility in La Grande that has several outlying clinics and employs more than 700 people, according to its website. A nonprofit, it reported nearly $106 million in revenue in the fiscal year ending in April 2018.

In February 2016, Arden's implantation of the first pacemaker ever at Grande Ronde was dubbed by the hospital newsletter “a great success.”

Onwezen had particular expertise in pacemakers. She also had knowledge of the law.

In 2007, Minnesota federal court records show, Onwezen and two other people sued their former employer, the medical device giant Medtronic, accusing it of offering “illegal kickbacks” as “fraudulent inducements” to doctors and hospitals to promote sales of the firm’s cardiac rhythm devices, such as pacemakers and defibrillators.

Under the federal False Claims Act, employees of businesses that defraud the government can blow the whistle and file a lawsuit on behalf of the federal government, collecting a percentage of any money recouped — such as from Medicare.

Such whistleblower lawsuits are filed under seal and kept secret while federal officials conduct an investigation, determine whether the allegations are true and decide whether they want to prosecute the case themselves to recoup funds that had been defrauded.

After investigating Medtronic in Minnesota, federal lawyers validated Onwezen’s allegations and took over the case’s prosecution, extracting a court settlement from the company of more than $27 million in 2011 — though the firm continued to deny wrongdoing. Court records show that Onwezen and two co-plaintiffs split about $3 million.

Six years later, having moved to Oregon, Onwezen found what she deemed wrongdoing at Grande Ronde.

According to her suit, she began complaining of misconduct to her superiors after just a month on the job, in March 2017. She tendered her resignation in June, only to withdraw it after hospital management promised to investigate, according to the suit.

She eventually left for good in April 2018, claiming the hospital had decided to “cover up Arden's misconduct and protect Grande Ronde's reputation.”

In all, Onwezen claimed, “the lives of over 100 patients” were placed “in jeopardy” over the course of a year and a half as a result of “implanting unnecessary pacemakers and failing to monitor them” at Grande Ronde.

In addition to naming the hospital, the Aug. 15, 2018, suit also named Arden, two pacemaker manufacturers — Abbott Laboratories and Biotronik Inc. — as well as the companies’ sales representatives, whom Onwezen claimed had “induced” Arden’s surgeries through gifts such as free travel.

The sales representatives could not be reached for comment. Biotronik and Abbott did not respond to requests for comment.

In the suit, Onwezen claimed the cardiologist employed improper methods to justify pacemakers, including:

• Arden allegedly replaced a 90-year-old man’s pacemaker with an MRI-safe model, even though the pacemaker leads that already were in the man meant he still couldn’t undergo an MRI, meaning “implantation would be pointless and not worth the extra cost.”

• That pacemaker, and five more of the same model, were allegedly implanted by Arden over the course of two days after the pacemaker sales representative informed Arden of a promotion that would reward the sales rep — allegedly a personal friend of Arden — for selling the most in a month.

• Arden allegedly told Onwezen “that Arden had to implant” some Biotronik pacemakers “to get a speaking engagement” and a free trip to a resort in Coeur d’Alene, Idaho.

• Arden allegedly justified “pacemaker implantation whenever possible,” including by citing a slow-heartbeat condition that sometimes occurs during sleep. Medicare prohibits implanation of pacemakers for that condition during sleep.

• Slow heartbeat, called bradycardia, is a common side effect of taking beta-blocker blood pressure medication, the suit claimed, and “Arden prescribed beta-blockers to her patients purposefully to induce bradycardia. Arden then used this bradycardia to justify the implantation of pacemakers.”

• Arden "falsely documented that patients exhibited symptoms justifying pacemaker implantation. In reality, those patients did not exhibit the documented symptoms, and did not require pacemakers.”

Onwezen claimed in her suit that she first raised concerns with a cardiology manager at Grande Ronde in March 2017. The manager allegedly responded that “she was concerned about Arden’s high rate of pacemaker implantations, and ... had heard patients complaining that they did not understand why they had received pacemakers.”

The suit claims that Grande Ronde management revoked Arden’s authority to implant pacemakers in July 2017, then suspended her in August 2017 while her patient files were sent for further investigation.

The outside review allegedly concluded that Arden did not properly evaluate patients for conditions that would disqualify them for pacemakers; did not have adequate documentation to justify implantations; and that “patients experienced the same or worsened heart conditions after Arden’s pacemaker implantation,” according to the suit.

Onwezen claims she urged the hospital management to refer Arden’s patients to outside cardiologists. But management decided that “such referrals could lead to the discovery that the pacemakers were unnecessary, and thereby damage Grande Ronde's reputation and reduce revenue," the suit alleged.

According to the suit, “Arden's former patients were informed that Arden’s absence was due to a family emergency. In reality, Grande Ronde had suspended Arden for misconduct that harmed or could have harmed those same patients.”

In her statement, Mardi Ford, Grande Ronde Hospital's communications director, noted that it made "certain" reimbursements to Medicare over the questioned pacemaker surgeries, and that the case was voluntarily dismissed.

The federal government, which takes over some whistleblower cases in order to recoup defrauded funds, approved the dismissal of the case on Oct. 23, as well as the unsealing of the suit, “based on its determination that such a dismissal is commensurate with the public interest and that the matter does not warrant the continued expenditure of government resources."

“I would be pretty outraged if one of my loved ones was implanted with a pacemaker that they didn't need."

Allegations of bribes and kickbacks to promote sales have plagued device manufacturers over the last decade.

In 2014, for instance, Biotronik, a German firm whose U.S. headquarters are in Lake Oswego, paid a $4.9 million settlement to the federal government over alleged kickbacks. Biotronik was named in the Arden lawsuit. In 2011, St. Jude — a subsidiary of Abbott also named in the suit — paid $16 million to settle a federal probe of alleged kickbacks to doctors.

And the Oregon Department of Justice sued two Salem doctors for failing to notify patients they had received special payments for using Biotronik products. The device manufacturers have consistently denied wrongdoing.

hopefully these poor people that were victims of this monster all recover from the evil deeds she performed! and hopefully she gets locked up for a long time!